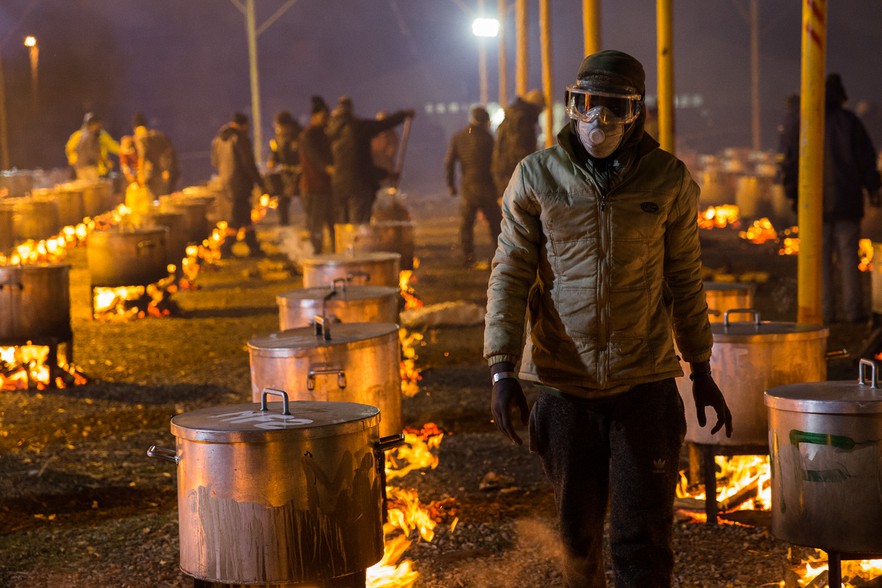 300 volunteers, 169 pots, and more than four tons of meat. By Ashraf Hendricks

Thirty-five years ago on the evening before the Muslim holiday Eid-Al Fitr, Shukoor Mowzer and two friends started feeding the needy from two pots of food. The pots were borrowed from Mowzer’s mother and the food sourced from local shopkeepers and butchers. That was the start of the Nakhlistan initiative. Today, Nakhlistan has 300 volunteers cooking with 169 pots at Callies rugby grounds in Athlone, and feeding over 85,000 people. 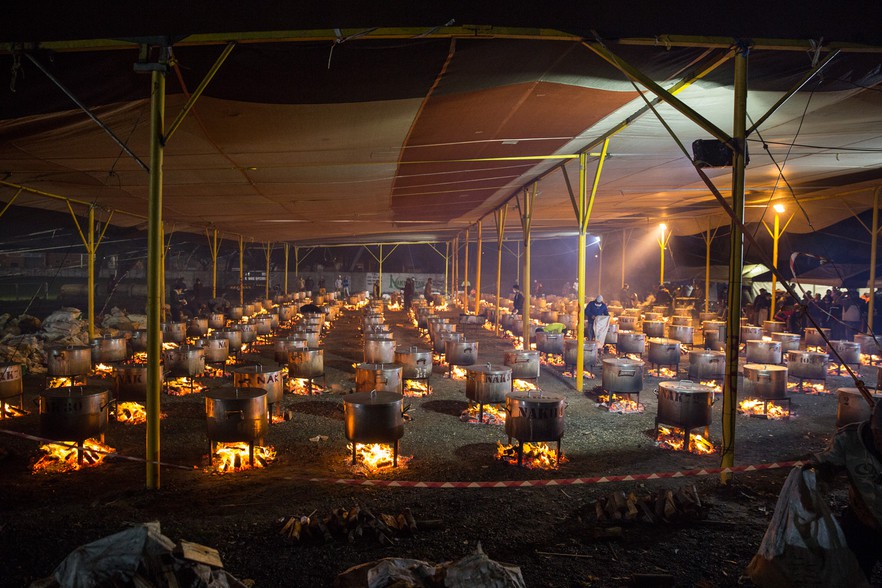 Mowzer says that he got the idea in Mecca on pilgrimage. It was Eid, and all he had to eat was a dry roll and a Pepsi. He said to himself. “Never ever will I again have an Eid like this.”

On returning to Cape Town, he started to make food and distribute it. Mowzer is now 60 and still involved, only leaving the cooking site at 6am.

He says that the most important thing is to raise more funds as somebody needs to feed those in need. “If I could feed them every day, I would do it,” he says. 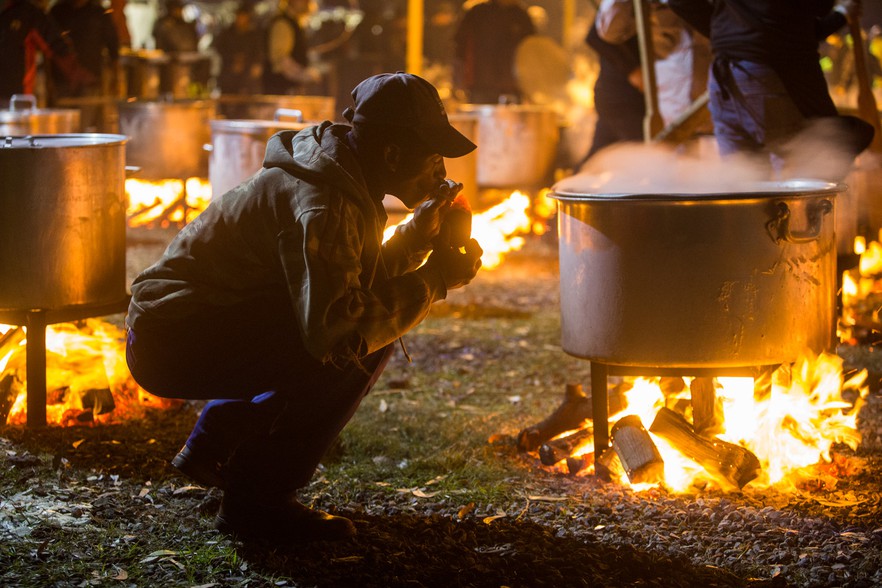 Fatima Allie, Nakhlistan’s public relations officer, said that when Mowzer and his friends started, they didn’t know what they were doing. “All they knew was that they wanted to cook food for people who didn’t have food”.

She says that it started off as an Eid-Al Fitr feeding scheme, but now it is operational throughout the year.

Nakhlistan is a Persian word meaning oasis, chosen because “an oasis provides sustenance in the desert”. 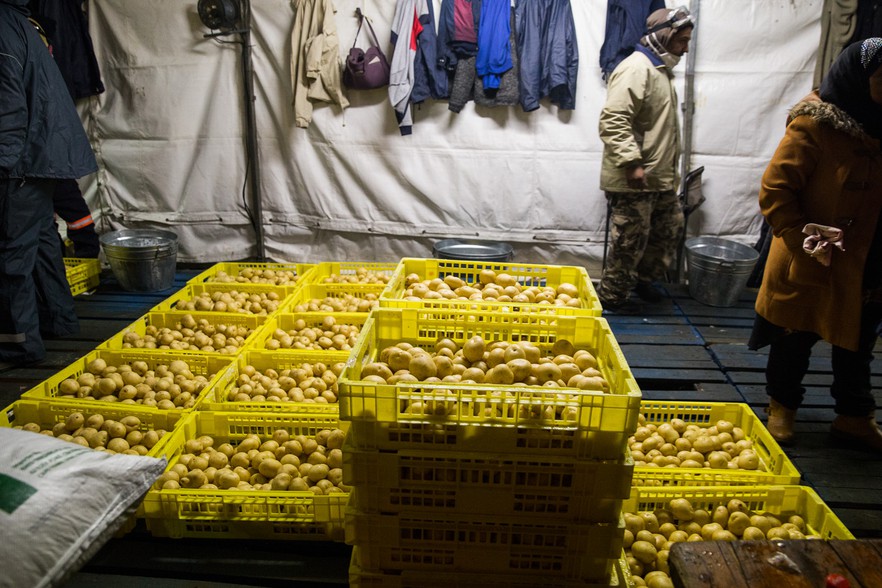 Nakhlistan is mainly sponsored by the community.

Each of the 130-litre pots of akhni feeds 320 adults or 500 children. A total of 4.4 tons of meat, 4 tons of rice, 7 tons of potatoes, 2 tons of onions and lots of spices and other ingredients will be used. To sponsor a pot costs R3,000. “Even though we are a Muslim based organisation, we feed everybody,” says Allie. 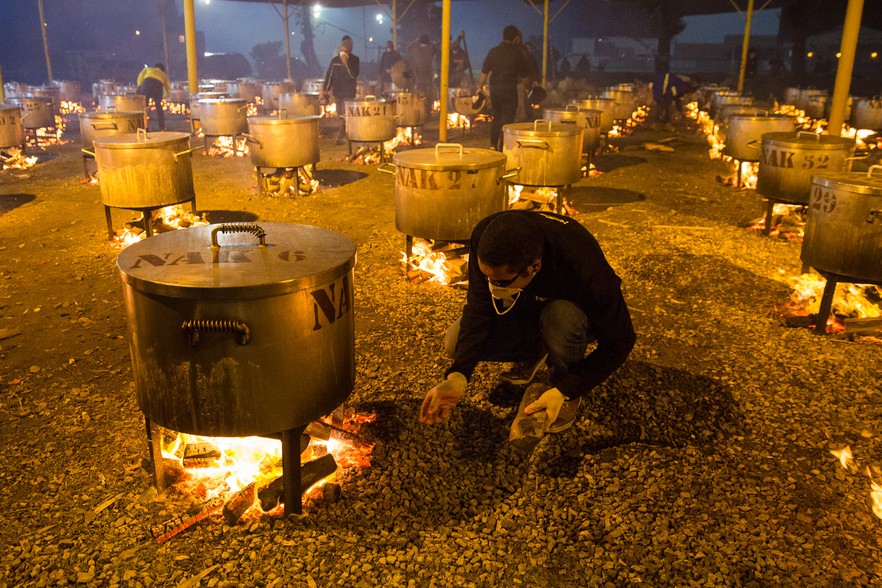 To distribute the food, Allie says, they use existing networks such as the Mustadafin Foundation, another organisation that works with poorer communities. The food will reach areas from Atlantis to Ocean View.

Allie says Nakhlistan plans to expand its cooking to 175 pots next year. DM