Why has the JSE performed so poorly? 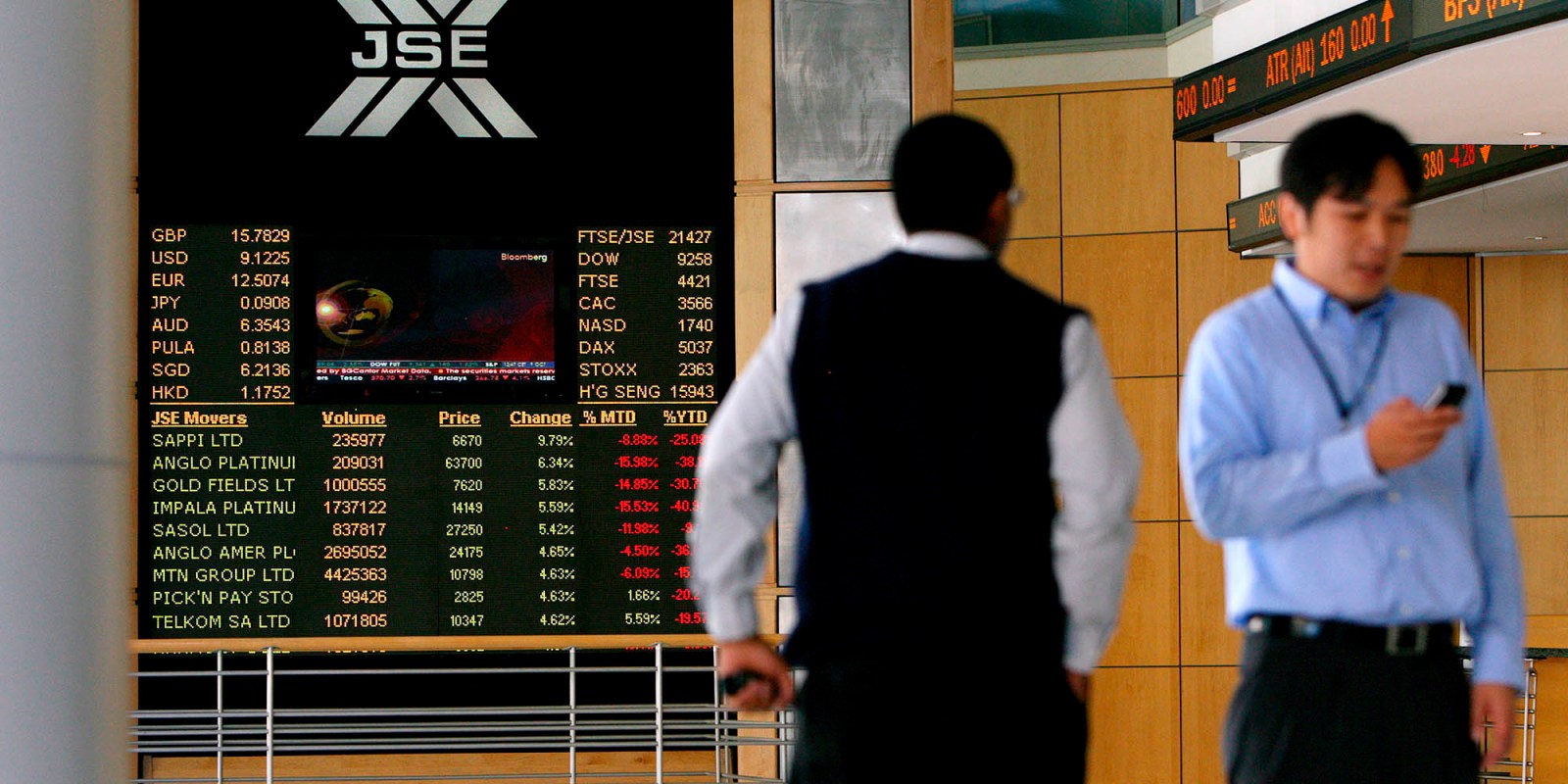 Traders at the main board at the Johannesburg Securities Exchange (JSE) in Johannesburg. (Photo: EPA / JON HRUSA)

That the local stock exchange has performed spectacularly badly for investors in recent years is no secret. The detail of why is unfortunately too often overlooked.

Examining the JSE’s top companies can illuminate the problems of the economy and the business environment – as well as giving us a clue about what might happen to JSE stocks in future.

We should be concerned about the state of the JSE because most of us are invested in the stock market, through retirement funds, exchange-traded funds or unit trusts. Government pensioners, through the Public Investment Corporation, are invested in the JSE, though their pensions are guaranteed by the state whatever happens to the Government Employees Pension Fund, so taxpayers are ultimately on the hook. Around R1-trillion of the R1,8-trillion PIC investment portfolio is invested in the JSE, according to the 2018 PIC annual report.

And the companies listed on the JSE, particularly those with domestic operations, are the biggest employers and potential taxpayers so what happens to them should also concern us.

Not all companies on the JSE have major domestic operations, however. Richemont, for instance, created out of the Anton Rupert empire in the 1980s to keep the family fortunes safe overseas, sells European luxury goods, like Cartier jewellery, IWC Schaffhausen wristwatches, and Mont Blanc pens and only derives around 7% of its sales in the Middle East and Africa.

The top companies on our stock exchange, as Gavin Keeton of Rhodes University’s economics department points out, such as the world’s largest publicly traded tobacco company British American Tobacco plc (BAT) and the world’s largest brewer Anheuser-Busch InBev SA/NV have their headquarters and extensive operations outside the country. BAT, for instance, reports that only around 18% of its revenue and a like amount of operational profit came from the Americas and Sub-Saharan Africa region, and AB-InBev has reported that Europe, Middle East and African region accounted for around 15% of its revenue and 11% of the operational profit.

Much of the value of our homegrown global internet company has resided in Chinese Internet group Tencent and other tech companies like Mail.ru and Naspers has recently unbundled its video business, Multichoice to shareholders.

The top five make up more than half of the Top 40 value. They are AB-Inbev, Naspers, BAT, BHP Group plc, and Glencore plc. None are dependent on South Africa. Of the top 10, only the two banks, Standard Bank and FirstRand have a primary listing on the JSE.

While firms with offshore HQs and operations account for a big share of the JSE market cap, only about a quarter of the shares of the foreign-domiciled companies like BAT are actually available to South African investors, according to a 2017 Ownership Monitor report commissioned by the Treasury. This means that the stratospheric market capitalisation of the JSE is an illusion. In that report, 55% of the JSE’s market cap was available in 2017 to South African investors. That would mean a market cap for the JSE now of R8,5-trillion as opposed to R15,5-trillion.

The domestic resources companies rely on export earnings, and what they export is determined in global markets over which South Africa has no say. Gold, platinum, coal and iron ore prices are priced on world exchanges in dollars.

Not only do global events affect the performance of companies listed on the JSE. They also determine to some extent the flows of investment from the rest of the world into the JSE. Market commentators talk of “risk-on” scenarios when global liquid capital is in more of a gambling mood than not and prepared to invest in emerging markets and “risk-off” situations where capital prefers safe, though not particularly profitable, havens such as low-interest US bonds.

Uncertainty about global economic growth because of a developing trade war between the US and China might, for instance, prompt foreign investors to sell shares on the JSE and keep the money in cash or bonds. A slump in commodities might mean investors take a dim view of our mining companies’ prospects and move into US manufacturing firms, for example.

South Africa needs foreign investment, because our cheque account with the rest of the world, the current account of the balance of payments, is in deficit. That deficit was around 3,5% of gross domestic product, our total economic output, at the end of 2018. The JSE attracts both long-term and short-term capital. Around R32-billion flowed into the JSE in portfolio investment in 2018 along with almost double that amount in bonds, but that figure is misleading because portfolio investment is “hot money” that can quickly flow into and out of a country and the amount is not static.

What about the rand? Studies show that most of the foreign exchange movements of the rand are due to global forces over which we have no control because the rand is a liquid emerging market currency that is used for speculation. Shares of companies that are priced in US dollars or Swiss francs should rise when the rand falls, but as Richemont’s share performance over five years shows, rand hedges haven’t invariably been surefire investments.

While the big foreign-based firms and the exporters depend on the global economy, a stagnant local economy has made life hard for South African-based companies. The difference in the mean average of real GDP growth rates in the world and the South African GDP growth rate average was 0,6 percentage points from 2000 to 2013; it widened to 2,44 between 2014 and 2018.

In short, South Africa’s economic growth, which has been tracking the world growth rate quite closely since 1994, has shown a widening gap since 2014. Stock markets and economic growth do not rise and fall in tandem, and stock market performance can be decoupled from growth, but low disposable income and weak consumer confidence et al do affect domestic investor share buying.

So the consequence of mediocre economic growth, a reduced global appetite for emerging markets, the collapse in commodity prices and global economic adversity has taken its toll on the country and companies on the JSE.

Looking at the top companies on the JSE one could conclude not much has changed from when the South African economy consisted of digging stuff out of the ground, selling it overseas, and sending the money abroad to buy stuff made overseas – except that we have more people than ever selling financial and other services as well. The only big purely industrial company listed on the JSE – if you exclude the local operations of AB-Inbev – is Sasol.

Some companies have bucked the trend, notably Capitec, even though it came under attack from short-seller Viceroy whose research reports started Steinhoff’s share price collapse. Capitec has managed to expand the banking industry dominated for decades by the Top 4 banks into the Top 5 and may be a taste of what might happen if other areas of what has been described as our “cartel economy” were exposed to new competition.

Steinhoff was one of the companies that fell out of the Top 40 when its share price plunged. The value destruction Steinhoff represents would have been difficult to believe five years ago.

The company’s problems can be laid at the door of outright criminality, but hard questions have to be asked about governance and the ability of the market and media to see red flags – at other companies too which have plummeted out of the Top 40. Never waste a good crisis, the saying goes, and now is the time to take a hard look at the way South African companies are run. BM

Reg Rumney holds shares directly in Old Mutual, Nedbank, Quilter plc and indirectly in ETFs. This article should not be construed in way or form as financial advice.