Photo by amirali mirhashemian on Unsplash

Separate SENS statements, released at exactly the same time – at 4pm on Monday, 3 June 2019 – were always going to provoke speculation that Spur was buying Grand Parade Investments, or the other way around – although that seemed unlikely. The reality is less lovey-dovey.

Grand Parade Investments (GPI) accumulated an 18% stake in Spur Corporation in separate transactions between 2014 and 2017. It would appear that this stake is now a liability to both companies, and they are now both doing something about it.

GPI was launched by the flamboyant Hassen Adams in 1997 to partner with Sun International, becoming its primary BEE partner in the Western Cape. Since then the company has listed and expanded its ambitions beyond its lucrative interests in the gaming industry. Specifically, it has expanded into the fast food industry, securing the rights to Burger King, ice cream franchise Baskin-Robbins and Dunkin’ Donuts. The rights to brands like these do not come cheap and GPI racked up significant debt in the process.

Along the way, the company also became Spur Corporation’s chosen BEE partner. It acquired 10% of Spur in 2014, costing it about R294.7-million, roughly R27.16 a share. At the time casinos were churning out dividends and the company was cash flush. It funded the deal through a combination of its own cash resources of R72.3-million, preference share funding from Spur of R72.3-million and a R150-million loan from Standard Bank.

At this point, GPI had already acquired the rights to Burger King, but Spur CEO Pierre van Tonder said the transaction would see a lot of synergies coming from the back-end of the business, “where it does not conflict at all with GPI’s plans for Burger King”.

In 2017, three years and the rollout of 60 Burger King eateries later, GPI’s ambitions had not abated. It acquired another 3,099,176 ordinary Spur shares at R32.50 per share from Spur founder Allen Ambor. In addition, it acquired another 5,018,555 ordinary shares in Spur on the open market. This took its stake in Spur up to 18% and the debt to equity ratio to 30.5%.

However, shareholders were not as enthusiastic about management’s ambitions and after years of mounting losses and declining dividends, in 2018 shareholders intervened in the running of the company, arguing that the board did not have the skills to run a food business.

The Grand Parade Investments share price has recovered slightly since 2018 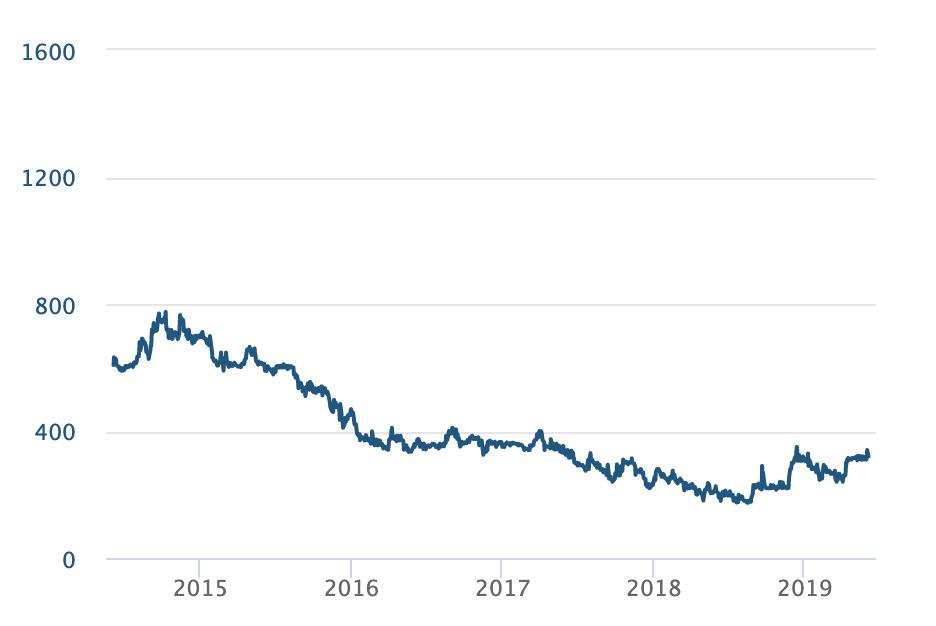 At an extraordinary general meeting held in December 2018, shareholders voted former SABMiller executive Mark Bowman and former Spur financial director Ronel van Dijk to the board. In May, executive chairman Hassen Adams bowed to pressure (and some health issues) and his position as chairman reverted to a non-executive role.

Together with acting CEO Mohsin Tajbhai, the board is working to turn around the fortunes of the investment company. “Things are going well,” Tajbhai told Business Maverick. “We are working towards profitability. We believe we will show a second-half profit on the bottom line.”

In the six months to December 2018, the company reported a R16.3-million loss, including losses from the discontinued Baskin-Robbins and Dunkin’ Donuts. “We have many balls in the air, but we are meeting the objectives that we set out in the beginning of the year.” On the subject of reducing debt, he said simply: “The first phase was set out in the SENS.”

GPI’s stake in Spur is worth R482-million at current market prices.

Independent small and mid-cap analyst Anthony Clark noted: “There has been no love lost between Spur Corp and Grand Parade, specifically as GPI has rolled out Burger King, which Spur sees as competitive. It was known in industry circles that Spur Corp wanted shot of GPI.” 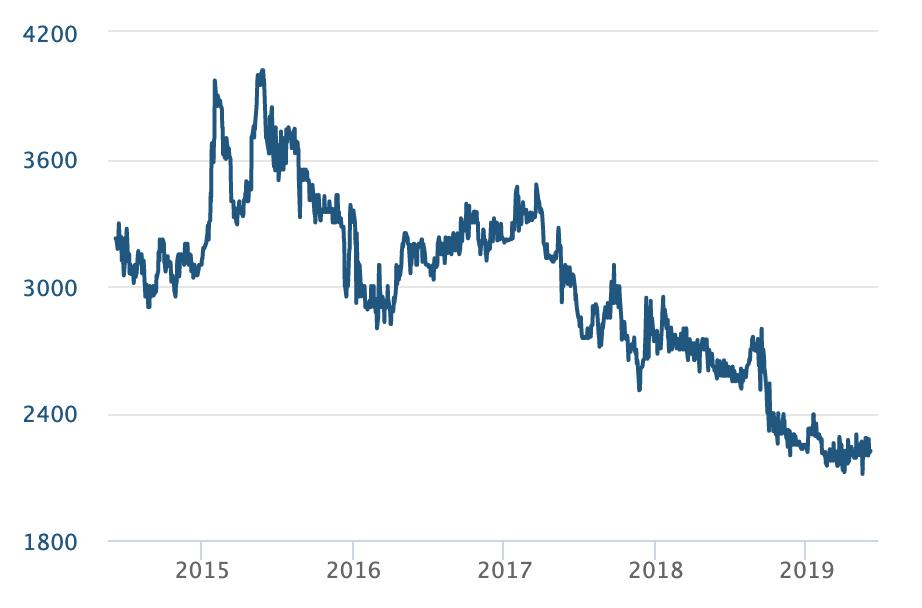 He added that at Spur’s current share price of R23.50, the Grand Parade BEE structure was probably underwater, which was problematic considering the structure was set to unwind in 2019.

“An element of BEE is helpful to Spur to gain concessions and a footprint in casinos, airports and other public areas. However perhaps it will suit Spur to see Grand Parade sell down its stake to 10% – providing Grand Parade with necessary capital while allowing Spur to keep an element of BEE,” he said. DM