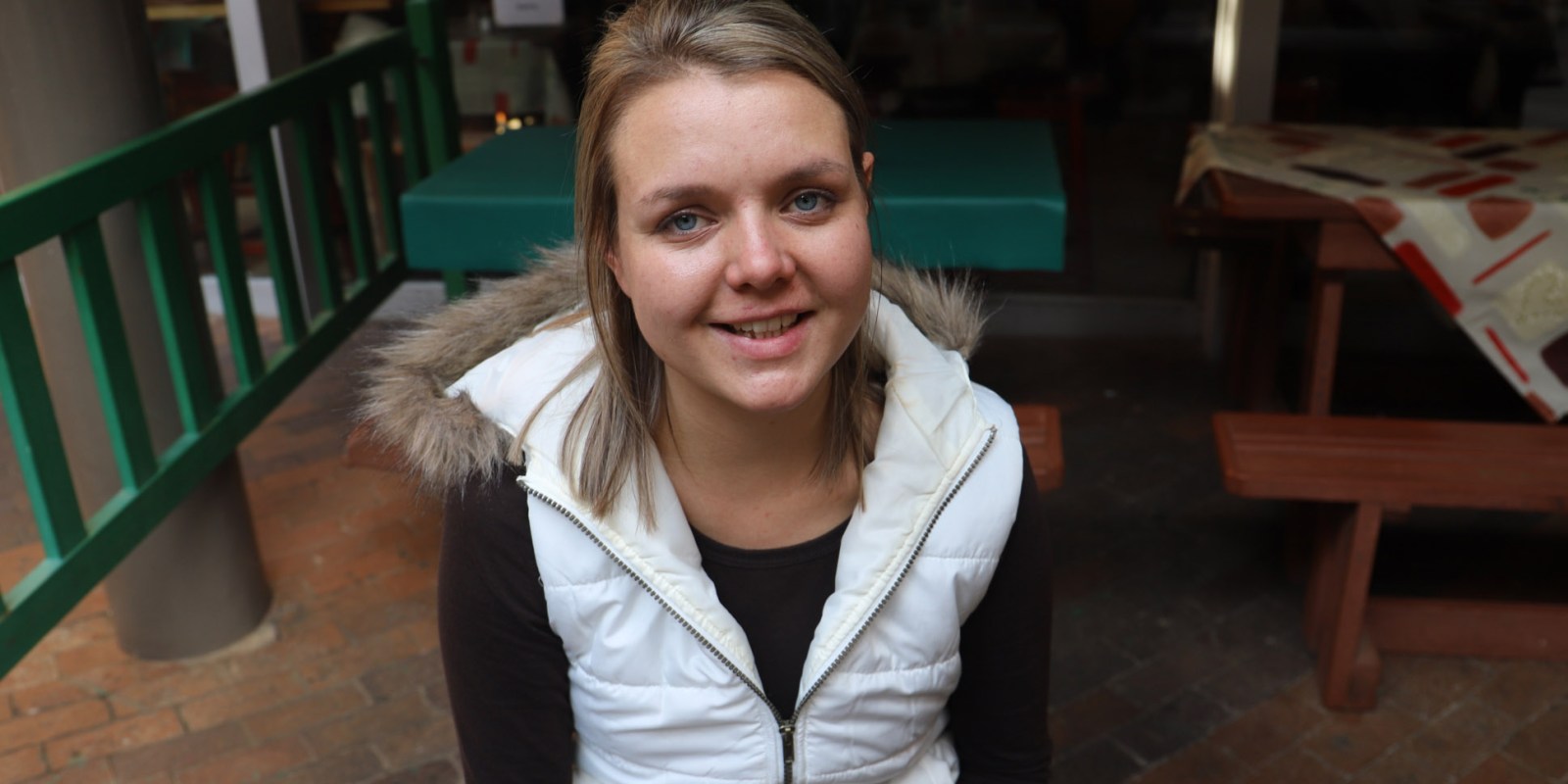 Student Emile Coetzee says an international award is not the end for her — she wants to do more work to help South Africa to find sustainable solutions to food security. (Photo: Emile Coetzee)

North-West University honours student Emile Coetzee won an international award in Germany for her idea for food security. At 23, she wants to continue to promote sustainability and diversity in South Africa as well as inspire those her age to not give up on their dreams.

If a young university student has anything to do with it, we may be including weeds from our gardens in the salads we eat.

Emile Coetzee, who attends North West University (NWU) Potchefstroom campus, has a strong passion for South Africa and its sustainability, and is keen to try to find ways to improve economic tourism.

Coetzee is beaming from her win at the Future Leaders Forum at the World Exhibition for Incentive Travel, Meetings and Events (IMEX) in Frankfurt, Germany on 22 May 2019.

In the competition, contestants had to come up with ideas that would ensure food security in the future. Coetzee’s Forbidden Fruit concept focused on the consumption of wild plants, such as weeds, that grow in your garden, as part of your daily diet.

“The weeds in your garden, not all of them are poisonous. They might just make a tasty salad,” Coetzee said.

In February 2019, Coetzee was one of five NWU students selected to compete in the IMEX competition. The five competed against students from Namibia and Zimbabwe. As the regional winner, Coetzee took her idea to the global stage.

In May she was awarded the international MPI Foundation/Maritz Global Events Student Scholarship.

“It was tough. I didn’t know what to expect,” Coetzee said, adding that many of the ideas were very good. “I thought of the theme – Food of the Future – and wanted to do something sustainable.”

Her idea was simple yet effective. Everyone participating tried to find a technological, global idea such as finding ways to make meat with technology. Coetzee, however, focused on what would best aid South Africa.

“I love South Africa. I always say this. I was born here and I will probably die here. So I told my mom I wanted to go back to basics… Your idea could be based on any country and I decided to stay in South Africa. My main aim in this entire competition was to promote South Africa and all its riches because I really think we have a lot to offer,” Coetzee said.

She was influenced by her mother, who grows vegetables and edible plants in their backyard.

“My mom always jokes, that if you can’t eat it don’t plant it. She is my biggest inspiration. And every time I made it in a round, she was the first person I told and she would get so excited,” Coetzee said, adding that her mother helped her map which wild foods were edible.

Coetzee was born and bred in the small town of Potchefstroom. The 23-year-old honours student nearly did not attend university after matriculating from Sonnenhof Hoerskool because her family could not afford it.

But she was not dissuaded. “My family didn’t have a lot of money. I am the youngest of three and we were very poor. So after matric, I started working at a hunting safari called African Maximum Safaris.”

“I saved every single penny I got because I really wanted to study. Everyone literally thought I was crazy when I said I was going to study because they kept asking where were the funds going to come from. I just said the Lord always provided,” Coetzee said, adding that she soon had saved enough money for her first year.

For the remainder of her studies, she was funded by the National Student Financial Aid Scheme (NSFAS). She graduated in 2019 with a Bachelor of Arts degree in tourism management and recreation.

She is now doing her honours and believes the award will help her to continue her studies.

Coetzee plans to develop sustainable solutions in eco-tourism and food security. She also wants to promote the diversity that South Africa has to offer.

“We had the opportunity to be at IMEX, meet a lot of people from different countries and represent Africa as a whole – it will definitely bring new feet to the continent,” Coetzee said.

She further believes that everything that has happened in her life should serve as an inspiration to those who want to follow their dreams.

“Everyone told me I couldn’t do it because there was no money. So I worked and I worked hard. If you feel like you can do something go out and show the world that you can do it. But don’t forget to pick up other people and uplift them along the way because that way we can become a stronger nation in the future because you can’t do everything on your own,” Coetzee said. DM