European politics is like ‘Game of Thrones’ – you don’t play to lose. Then the dragons arrive 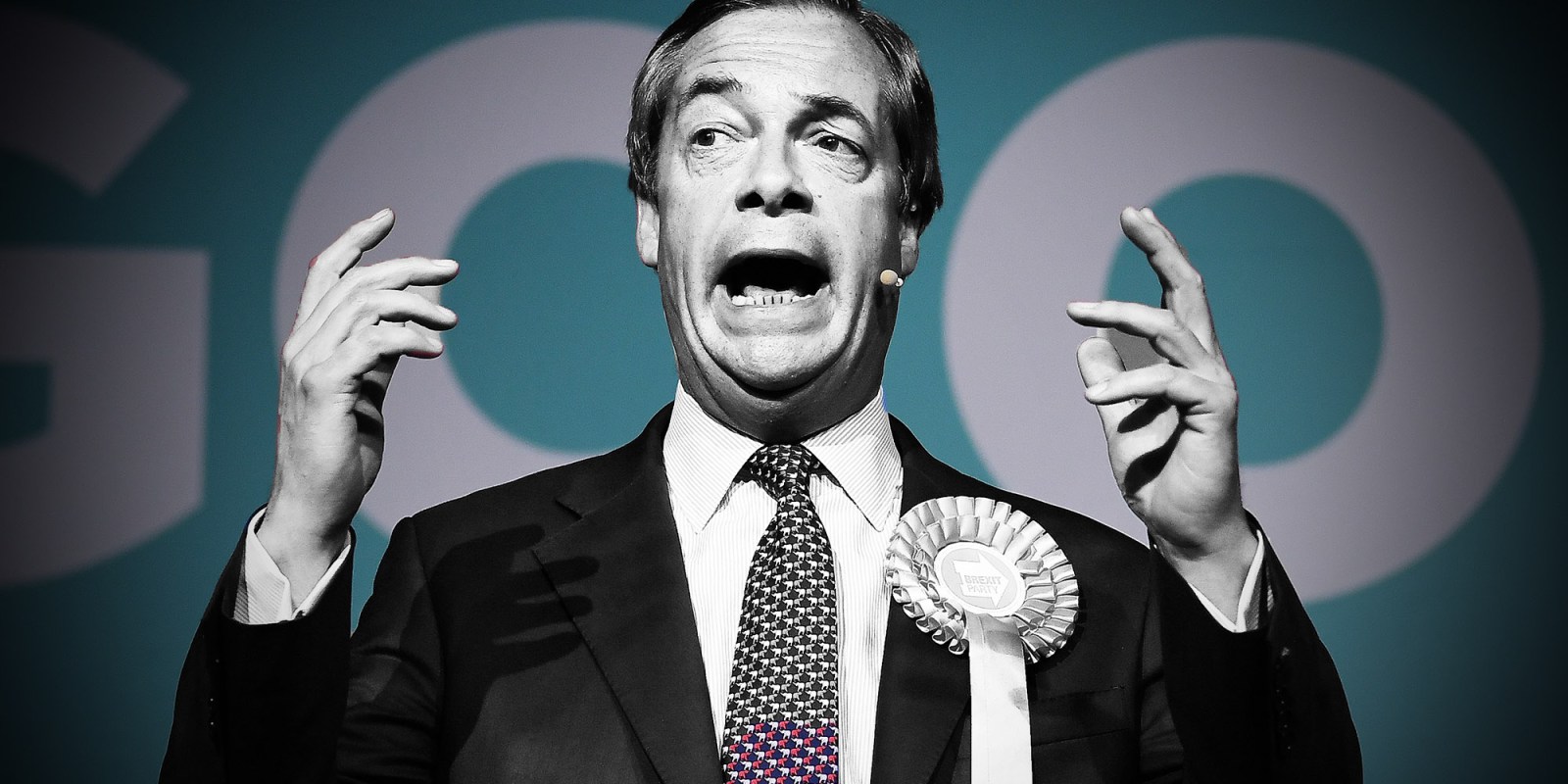 Brexit Party leader Nigel Farage delivers a speech to supporters during a rally at Olympia in London, Britain on 21 May 2019. (Photo: EPA-EFE / ANDY RAIN)

It’s seldom that European politics can rival the “buckle up, we are in for a wild ride” quality that you often see in South African politics, but the recent EU elections are a good example of how politics around the world is changing in ways that should make everybody sit up and take notice. The bottom line is that politics is fracturing, and that result is apparent not only in Europe, but around the world. The consequences are unpredictable and could involve surprises we cannot yet anticipate. But what we do know is that international politics is becoming more complicated, and one of the immediate headaches will be an even more entangled Brexit process.

Princeton International Affairs Professor Harold James has written that the European Parliament elections that concluded on 26 May turned out to be a Game of Thrones replay – a long and complex story with a surprising and, for many, unsatisfactory outcome. “As with Game of Thrones, some fans are calling for a different ending. They would like to sack the authors and rewrite the script.”

And like, the Game of Thrones, there was plenty of drama. The Tory party in the UK recorded its worst performance ever in a nationwide poll. The runaway winner was the newly formed Brexit Party of Nigel Farage, who had all but disappeared over the Brexit vote two years ago. Farage’s party came from a standing start to win just more than 30% of the vote, ten percentage points higher than its nearest rival.

And yet, because nothing is simple in modern politics, there is scope to argue, somewhat controversially, that the centre did hold. Once again the UK provides the most graphic example. A surge in support for the Liberal Democrats and stronger performances by the Greens and the anti-Brexit nationalists in Scotland and Wales mean pro-second referendum parties took nearly 40% of the vote, compared to 35% from hard-Brexit supporters. But how do you factor in the Conservatives and Labour into the mix?

The fact is that the positions of both wings have hardened, which will make Brexit even more difficult to achieve. I happened to be travelling in Europe as these events unfolded, and the view of the tiny sample of people I met was that the Tories lost because they had one job and they flunked it. They were supposed to deliver Brexit and they didn’t. Labour’s previous successful strategy of sitting on the fence is now outmoded, so they failed too. Notable Labour personalities voted for the Lib Dems this time.

Yet, the results also pointed to the possibility that Game of Thrones-like twists are still conceivable. Assume for example that pro-Brexit Tory wins the leadership race, but cannot deliver a Brexit deal that satisfies sufficient members not only of its opponents but of its notional allies. What then? Well, one possibility would be that there would be a new election, this time fought around whether or not to crash out of the EU without a deal. Would the outcome reflect a change of heart that the EU elections in the UK seemed to suggest?

It is impossible to know, but the British people are now so bored with the topic, it’s possible the result would be the exact opposite; the crash-out lobby would win just to bring the relentless, grinding process to an end. Even talking about Brexit in the UK now is considered somewhat impolite. The world might have woken up to the issue, but the British are thoroughly over it.

The interesting thing about the elections is how similar the trends were across the continent. There were exceptions such as Spain and Austria where the traditional centre-left and centre-right parties dominated. But everywhere else, the mould was broken. The duopoly of power between parties that offered a little more welfare or a little less welfare that has dominated European politics for decades is definitively over.

France’s Socialists won 6% of the vote. In Germany, the CDU/CSU alliance remains the biggest party, but by comparison with previous elections, it got thumped. But the victors were not the far-right parties; the second largest party in Germany in this election was the Greens, which for decades has got a tiny slice of the vote. Farage’s Brexit Party will now have more seats in the European parliament than Angela Merkel’s CDU. It’s incredible.

James says the losses suffered by traditional centre-left parties reflect the reality of today’s open world. “As Europe becomes more important globally, it will have to do more than just redistribute wealth: simply reproducing old welfare systems on a European scale is a recipe for endless conflicts between different parts of the Union.”

Yet behind these forefront issues lies something much more imperative. At root, the debate is about whether you believe that society is economically determined or values determined. Brexit once again provides the most graphic example; exiters cared more about values – independence, nationalism, identity – than they did about small (they hope!) shifts in economic well-being. A friend of mine made the great point that all the arguments for remaining in Europe are macro; all the reasons for exiting are micro.

And to drive home their points, both sides are using that powerhouse of human emotions: fear. There are dragons everywhere. Hide!

In some ways, this is not totally unrelated to South African politics. The extremes, the idiosyncratic, the loudest voices, the most fervent, won – the EFF and the Freedom Front.

Never has William Butler Yeats’s warning that the centre cannot hold been more appropriate to politics, both here and in Europe. DM