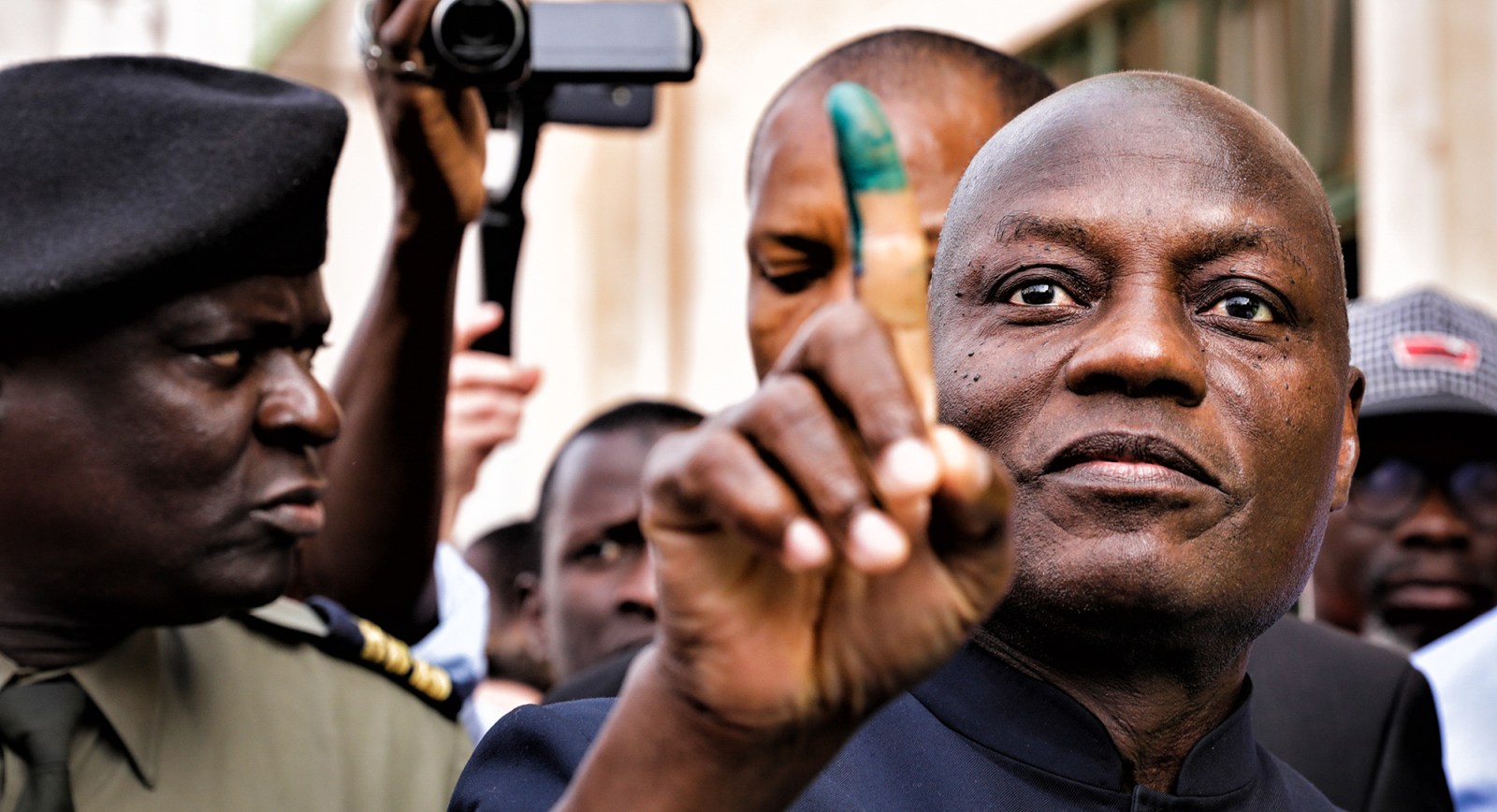 Without meaningful political reform, elections can’t solve the deep crisis that has paralysed the government since 2015. By Paulin Maurice Toupane.

Just two months after the 10 March legislative election, Guinea-Bissau is once again stuck in a political stalemate. The conflict is driven by the same partisan interests that precipitated similar events four years ago. For many outside the country, these elections were meant to solve the crippling 2015 crisis. However, holding elections in a tense context and without political reforms having been implemented, made deadlock inevitable.

The political quarrels between the two parliamentary groups formed after the election hinder the full establishment of the office of the National People’s Assembly (NPA), the appointment of the prime minister and the formation of a new government.

The standoff further weakens the country’s already dire socio-economic situation, which could jeopardise presidential elections planned for between 23 October and 25 November. The end of President José Mário Vaz’s five-year term in office, scheduled for 23 June, combined with the absence of a new government, creates an institutional vacuum that will make resolving this new impasse that much harder.

The root cause of the stalemate is the rejection of Braima Camará as the second vice-president of the NPA. Camará, who is a coordinator of the Movement for Democratic Alternation-G15 (MADEM-G15), was snubbed by the new parliamentary majority led by the African Party for the Independence of Guinea and Cape Verde (PAIGC). Tensions escalated further when MADEM-G15 refused to choose another candidate, insisting on Camará.

The 2015 crisis that paralysed Guinea-Bissau’s government involved the same adversaries. It was sparked by the dismissal of former prime minister Domingos Simões Pereira by Vaz. Pereira heads the PAIGC which won the March elections with 47 seats out of 102. A parliamentary alliance was formed with its traditional allies, bringing a further seven seats.

MADEM-G15, created in 2018 by PAIGC dissidents, is now the second largest political grouping with 27 seats. Together with the Party for Social Renewal, which garnered 21 seats, both are Vaz allies. The president has made the appointment of a new prime minister conditional on resolving the NPA impasse. This raises suspicions that he’s trying to block Pereira – as head of the majority PAIGC alliance – from again becoming prime minister.

This new episode breaks the momentum that began when the Stability Pact was signed in February 2019. The pact bound political leaders to stabilising the country’s politics and institutions after the parliamentary elections. It also shows the inability of political actors to transcend their differences in the interest of a country that desperately needs their full attention. As political differences persist, the deteriorating socio-economic situation and the impact of drug trafficking deepen insecurity.

Decades of political instability have made it difficult to implement public policy and the level of human development in Guinea-Bissau remains low. In 2018, the country ranked 177 out of 188 on the United Nations Development Programme’s Human Development Index. Poverty affects more than 58.4% of the population. The country’s economy depends on cashew nuts, its main export product. But profits are constrained as the price is set by the government.

To make matters worse, a series of strikeswas initiated by the country’s two main trade unions, Guinea Bissau’s National Union of Workers and the General Confederation of Independent Trade Unions. They are demanding payment of salary arrears and a revaluation of the 100,000 FCFA minimum wage. Meeting these demands will be difficult. The country faces budgetary stress due largely to the low export price of cashew nuts in 2018, and the increase in public spending, including on the March elections.

In this precarious political and economic environment, organised crime networks continue to prosper with the complicity of certain government actors. On 9 March, while the country was in the middle of the electoral campaign, police made a record seizure of 789kg ofcocaine. On 30 April, 72kg of cocaine from Guinea-Bissau were seizedby Senegalese customs in the Tambacounda region in eastern Senegal.

These seizures are a reminder that the country remains a major transit area for international drug trafficking, and that a lot more needs to be done about it. The capacity of the judicial police in Guinea-Bissau must be strengthenedand cooperation with neighbouring countries boosted.

Considering the enormity of the task, political leaders cannot afford to alienate the electorate. The massive voter turnout in the 2014elections, like the March 2019 poll, showed the hope of a nation desperate to turn the page on political instability and poverty that have beset the country since independence in 1974.

However, as personal and political ambitions continue to prevail over the national interest, Guinea-Bissau’s people – the real victims of the country’s chronic instability – could become disenchanted with the democratic process. To end the crisis, Guinea-Bissau’s leaders need to transcend their partisan interests. The agreement is needed on the necessary steps to form a legitimate government that can appease social tensions and prepare for the presidential election. DM