Challenging the president’s authority: Masina and Yengeni have thrown down the gauntlet 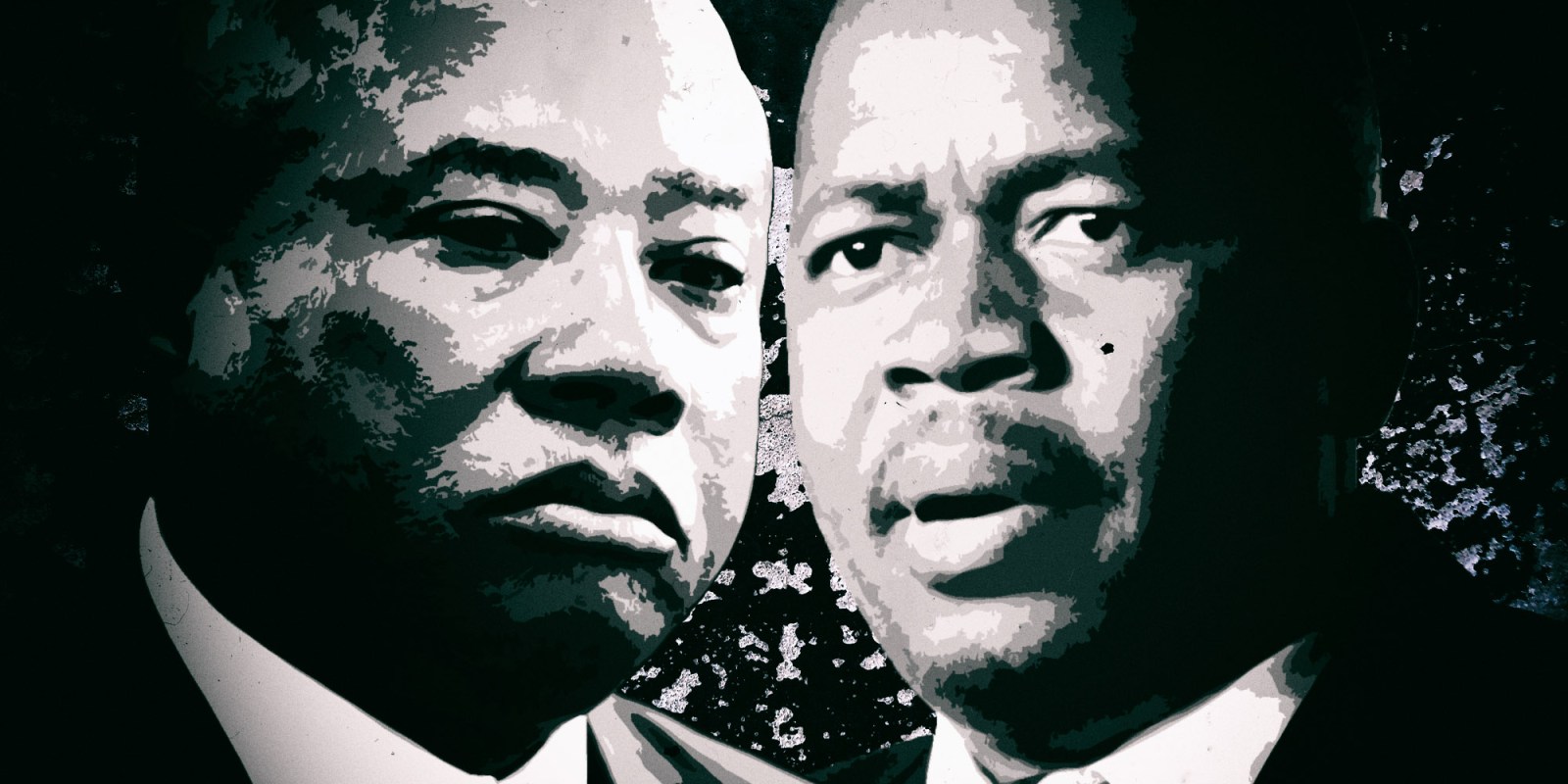 As the party in government, it behoves the ANC to vigorously defend its authority, the better to discharge its compact with the electorate. What it must do, as a matter of utmost urgency, is take Masina and Yengeni through a rigorous disciplinary process.

It was reassuring listening to Collen Maine, president of the ANC Youth League, reprimand Mzwandile Masina, Executive Mayor of Ekurhuleni, and Tony Yengeni, for their irresponsible tweets on President Ramaphosa’s appointment of Pravin Gordhan to Cabinet. Maine, it would appear, has actually turned his back on the loathsome Gupta family to whom he was, by his own account, introduced by Supra Mahumapelo, the immediate past premier of North West.

Given ANC Youth League president Collen Maine’s appalling “Zuptoid” track record, it was unthinkable that one could have anything complimentary to say about the gentleman. For his Damascene conversion, which includes exposing what he knew of the Gupta shenanigans, Maine deserves society’s collective gratitude

The colossal plunder of state resources by the Guptas, Bosasa and many other nefarious business operators as yet undisclosed, accomplished their dastardly deeds through the agency of corrupt ANC officials. Few, if any, of these individuals have come forward to fess up to their treacherous complicity. In a total betrayal of the voters’ trust, many of these Zuma-era leaders would routinely journey to the Gupta residence in Saxonwold, Sandton to pay obeisance to their masters. For a mess of pottage, they showed themselves willing to surrender our nation’s sovereignty.

Both Mzwandile Masina, Executive Mayor of Ekurhuleni, and Tony Yengeni are members of the national executive committee (NEC) of the ANC. They should know better than to challenge, let alone chastise, the President of the Republic in the exercise of his constitutionally enshrined prerogative to appoint Cabinet ministers. Their behaviour constitutes more than a mere act of indiscipline, unacceptable as that is in itself. What must be clear to everybody is that Masina and Yengeni have told all and sundry that they have little regard for the current ANC leadership, in particular for President Ramaphosa.

Yengeni and Masina have publicly declared their disavowal of the post-Nasrec status quo. Their intention is to destabilise the ANC and governance in the country regardless of the consequences to the national economic recovery project, employment, poverty alleviation and peace.

Theirs is a reckless challenge made with the utmost impunity. Touch me if you dare, they have told the ANC. They are massively abusing the ANC’s penchant for dialogue in the solution of problems. They have gone a bridge too far.

Masina has seized the opportunity to remind the public of what he said during the run-up to the ANC’s 54th National Conference in Nasrec in December 2017. In his words: “I will never serve under Cyril… I will leave, I can never serve under Cyril.” He was, of course, referring to Cyril Ramaphosa, then deputy president, who was vying for the ANC presidency. Masina made this statement to News 24.

When Ramaphosa won the ANC leadership contest, Masina failed to act on his threat to resign his position as mayor of Ekurhuleni. Instead, he blamed the media for misunderstanding him or for mischief-making.

Yengeni, who supported Masina’s extravagant claim that Pravin Gordhan’s appointment to Cabinet was tantamount to undermining the rule of law, is no political novice either, having held several senior positions in the organisation over the years.

A feather to his already decorated cap was added when he was given the responsibility of heading the Crime and Corruption Working Group during a recent ANC election manifesto workshop. The appointment did ruffle some proverbial feathers, with some people questioning Yengeni’s suitability for the task in the light of his 2003 fraud conviction.

A comrade adroitly proffered the dictum: Set a thief to catch a thief.

What is to be made of the furore around the inclusion of Pravin Gordhan in Ramaphosa’s Cabinet in the light of Public Protector Busisiwe Mkhwebane’s adverse findings? For the record, Mkhwebane found that Gordhan was wrong to grant Ivan Pillay early retirement from SARS with full retirement benefits.

It is interesting to note that although a number of people were implicated in one form of wrongdoing or another, to wit, Gwede Mantashe, Thabang Makwetla, Zwelini Mkhize and so on — only Gordhan was the object of a concerted lobby against inclusion in the Cabinet.

One imagines that a President Ramaphosa, who had given the nation his solemn undertaking that, if elected, he would crack down on corruption, would on coming across Gordhan’s name say to himself: I need the services of this tried and tested corruption buster. He would no doubt be familiar with the Nugent Commission report on SARS and its conclusion was different from that of Mkhwebane.

Also within the President’s ken was the Pretoria High Court judgment that had declared the Public Protector’s report on the Vrede dairy project “unconstitutional and invalid” and set it aside.

Continuing to weigh the pros and cons of Gordhan’s appointment to Cabinet, the President will have come across another court decision that set aside Mkhwebane’s instruction to Parliament to remove the Reserve Bank’s constitutional mandate to keep inflation in check. Mayebabo! (Good gracious!) Spare a thought for the President.

Masina and Yengeni argue that the inclusion of Gordhan in the Cabinet “would be a mockery of democracy”. These paragons of democracy seem totally unimpressed by the role Gordhan has continued to play in safeguarding our democracy through his anti-corruption crusade. Wait now, might that, in fact, not be the real reason why they don’t want him in the Cabinet? Perish the thought.

It is understandable that the leadership of the Economic Freedom Fighters would want Gordhan excluded from Cabinet. They and Gordhan were on opposite sides on the Tom Moyane case at SARS — when the President wanted him removed as SARS commissioner for incompetence. They also have their publicly stated views on what they think of Gordhan’s Indian heritage in terms of the struggle for liberation; views to which they are fully entitled, even as these are not shared by many.

It is doubtful that the impulse that propelled Masina and Yengeni to post their tweets last week has anything to do with the issues that coursed through the President’s mind as he pondered inclusions and exclusions in his Cabinet. To repeat, Masina and Yengeni had only one thing on their minds: Cyril Ramaphosa is not our man.

As the party in government, it behoves the ANC to vigorously defend its authority, the better to discharge its compact with the electorate. What it must do, as a matter of utmost urgency, is take Masina and Yengeni through a rigorous disciplinary process. DM