DINE IN, IN STYLE 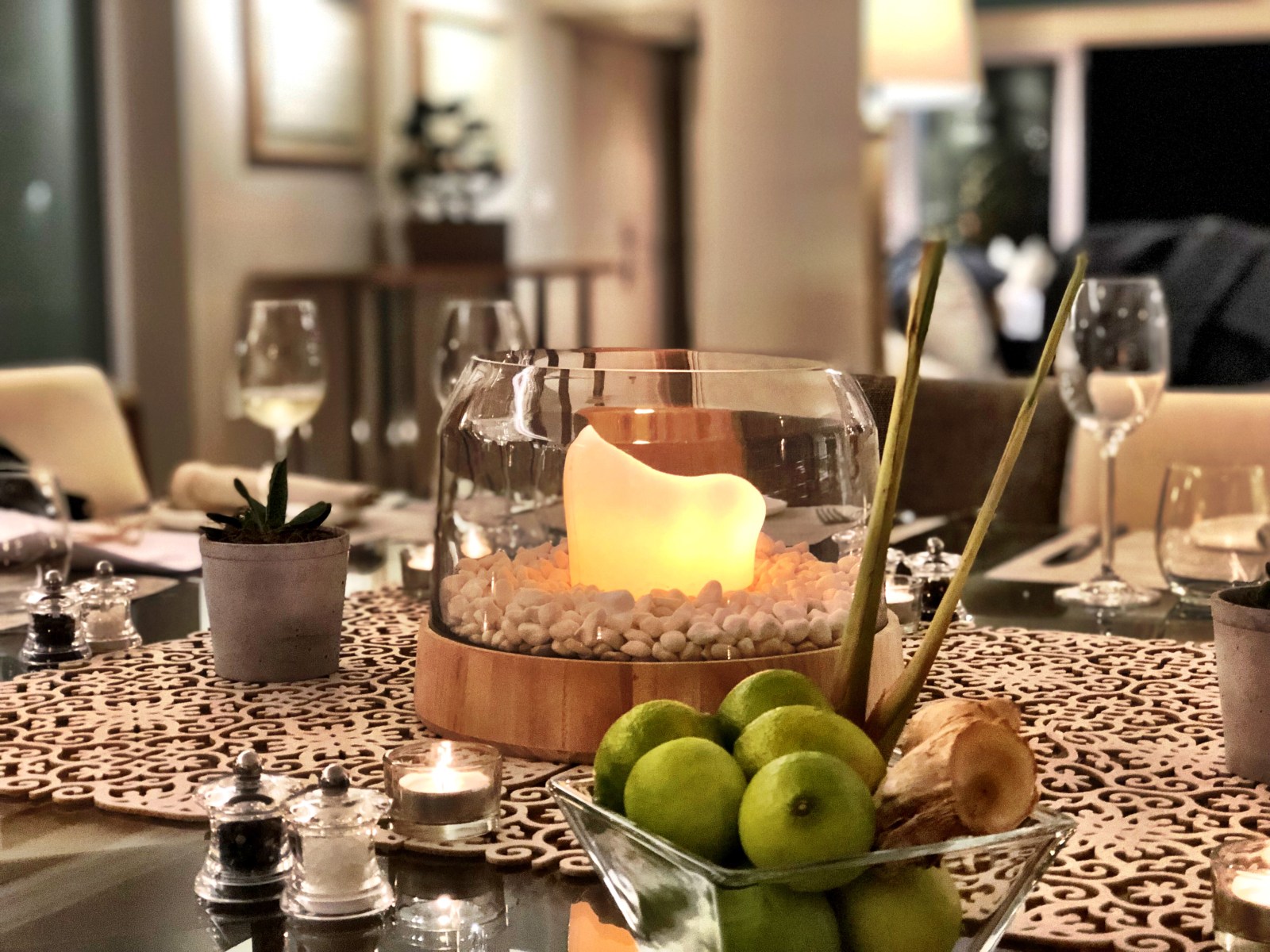 Salt & Sage is the new offspring of Ginger & Lime. The concept: Gather a bunch of people, put them in the heart of the home (the kitchen, duh), and cook food. It is, they say, like attending a dinner party at a friend’s home where you also get to dabble in the cooking process.

People, I am reliably informed, like to throw and attend dinner parties. As a card-carrying introvert, I do not. Unless a certain amount of wine is involved, at which time I become far more friendly and have been known — among other things — to invited hordes of friends and strangers around even though I don’t have place for them to sit, nor enough glasses.

Sometimes it’s nice to see how the more than other half lives; the internet reveals that researchers estimate extroverts make up 50%-74% of the population. A nice, safe way to do this is at an interactive cooking evening at Salt & Sage in Bantry Bay, Cape Town.

Salt & Sage is the new offspring of Ginger & Lime, which has been hosting these evenings, afternoons and mornings since July 2014. The concept — which is expanding into new venues, including full weekends at gorgeous beach houses in Yzerfontein and a food studio opening in the Cape Town City Bowl later in 2019 to accommodate larger groups — is simple: Gather a bunch of people, put them in the heart of the home (the kitchen, duh), and cook food. It is, they say, like attending a dinner party at a friend’s home where you also get to dabble in the cooking process.

The level of participation is entirely up to you. No one will force you to introduce yourself to the others and say a bit about yourself (an introvert’s worst nightmare); you’re welcome to lurk on the outskirts, drink wine and play with the friendly resident kitties. At Salt & Sage, these are two Burmese beauties named Furburger The Fifth and Basil (a girl Basil). Furburger loves wine, any colour, and will make a beeline for any glass within his reach. It was hilarious when it was someone else’s wine, not so much when it was mine.

Before anyone gets their panties in a bunch about animals and food, they have zero interest in the kitchen activities and if they bother anyone, they’ll be summarily relegated to the upper floor of the stunning apartment with its sea views. Your host, Kim Jordan, will also remind you to wash your hands, which is always a huge relief for me when it comes to these communal cooking and eating affairs.

Behind the scenes, the team does most of the hard prep, but they save something for their guests. You can get involved with chopping, dicing, crushing, squeezing, measuring, mixing, stirring or frying, all under the guidance of qualified chef Kim and her co-workers. There is nothing to be afraid of. Plus, the kitchen is state of the art (a phrase way too overused but in this case accurate) with all manner of clever sorcery going on to make your experience more pleasurable. Like a stove-top extractor which sucks the smoke down, not up. Can you imagine! I’m fascinated by the doohickey which dispenses either instant boiling, or sparkling, water. To date I am the only one who has managed to extract boiling sparkling water.

The general idea is to make the food then sit down to eat it, but most of what we whipped up at the Thai-inspired evening didn’t even make it that far; guests dished up right there and scoffed down the yumminess where they stood, and then went back in for seconds, even thirds, no names mentioned.

We began with spicy roast tomato and red pepper soup with sweet potato, ginger and coconut, topped with avo and coriander. It was a cracking good start. Moving swiftly along, the fish cakes were pre-made to various stages so guests could finish off the mixture, roll, or fry. Looking back at my many photographs of these, it’s clear they were a winner, deliciously served with fresh cucumber pickle and a dipping sauce. I can feel my saliva glands twitching as I type…

“B, come on over here and help with the prawn rice,” said Kim.

“Will I need a recipe?” I wanted to know.

Yes indeed, but everything was ready and waiting, and help was never far away. The khao pad goong — literally, fried rice with prawns or shrimp — is super easy so don’t get put off by the list of ingredients. It was fantastic, and I was delighted that I’m not allergic to oyster sauce, only actual oysters.

The next dish was warm beef salad on a base of shredded cabbage, spring onions, red onion, coriander, basil, mint, cucumber, pickled ginger and smashed lemongrass. We finally sat down with the fifth course, chicken Massaman curry, for which we (and by we, I mean other guests) made the paste from scratch. It’s not too complicated, but no one should ever feel bad about buying it in a jar.

Last, but not least, we had cheat’s coconut ice cream (the hack is in the recipe) with grilled pineapple and toasted coconut. I won’t dwell on this; Thais are not particularly renowned for their range of desserts so kudos to Salt & Sage for including something delectable that uses typically Thai ingredients.

As promised, the evening progresses and develops the way I imagine a good dinner party would, and should. Wine is included (and water, it’s important to stay hydrated), which helps the merriness along, and everyone finally leaves happy — with the added bonus of a sheaf of recipes to try at home.