It may be time to rethink pension systems in an African... 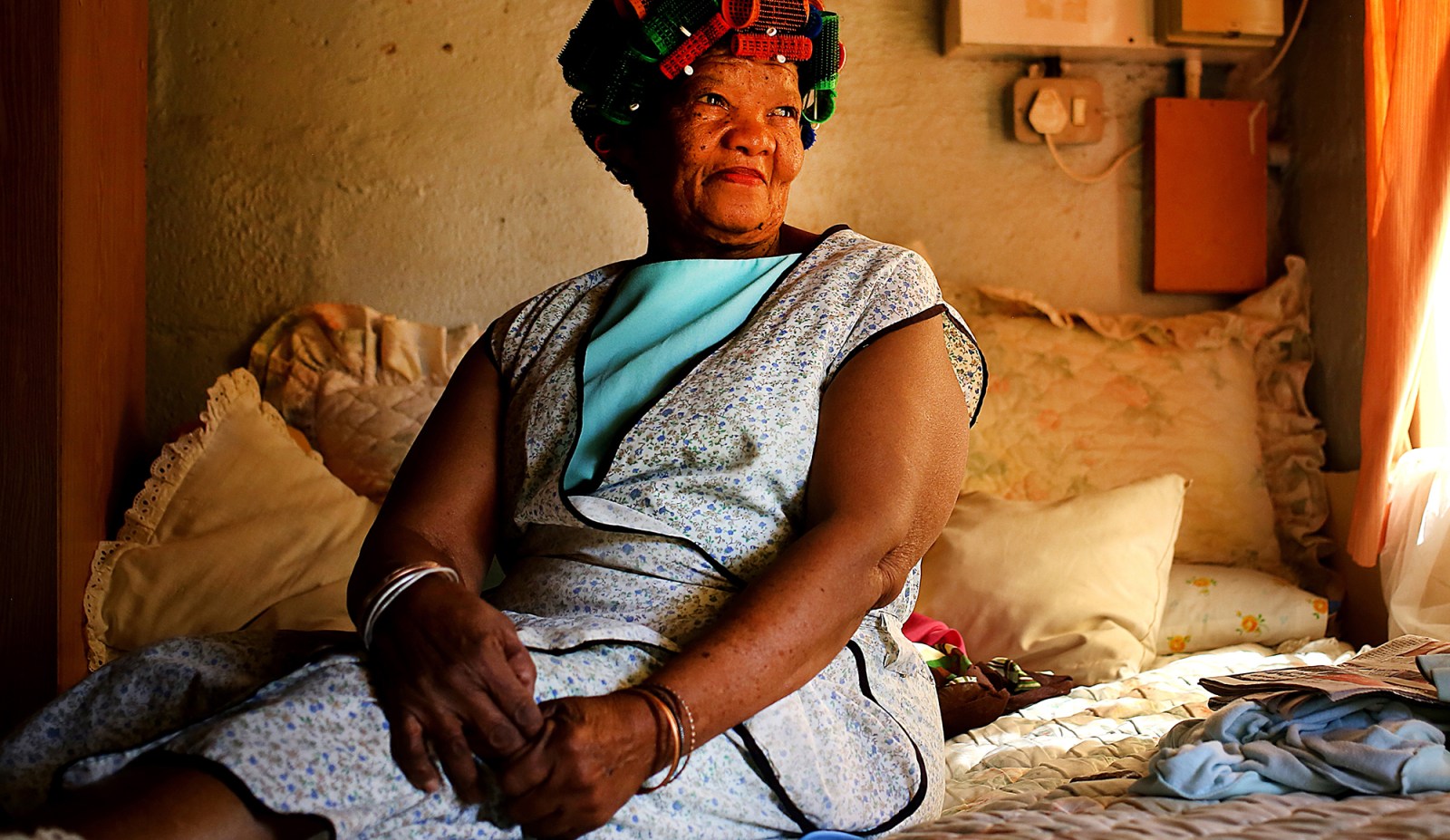 Lena Sauls during an interview on September 20, 2017 in Northern Cape, South Africa. / (Photo by Gallo Images / The Times / Alon Skuy)

Financial Services provider Alexander Forbes made a number of presentations to the media on Thursday 30 May that raised some interesting questions about pension funds and systems in Africa. The bottom line is that, especially taking the example of South Africa, they have been designed for advanced economies and have little relevance against the backdrop of the challenges faced by households in developing economies.

South Africa’s pension fund system is not working, at least in the way it was intended. Some eye-opening facts were presented by Anne Cabot Alletzhauser, Head of Alexander Forbes Research Institute, to back up this assertion. When South Africans change jobs, fewer than 10% preserve their accumulated pension and less than 5% have a 75% replacement ratio when they do retire, meaning 75% of their working income before retirement.

The problem is in part built into the models, which have been taken from developed economies (and even there, one suspects, they may be taking strain after decades of stagnating working-class wages and the decline of previously prosperous regions such as the US “Rustbelt”).

The basic assumptions are that when a person reaches retirement age, their children (if they have any) will be grown and educated, the house bond will be paid off, cars paid up, and that kind of thing. So the goal is to have a steady cash flow into old age after such things have been taken care of.

“That assumption is not the reality of Africa. When I bring home my income the first thing that I do is I spread that income among a number of different people who are in my lens of responsibility. And as I move through time I don’t shed those people. It’s a family pot and there are new people coming into that pot and there are old people at the other end of that pot. You are always funding for people above and below you,” Cabot Alletzhauser told Business Maverick.

There are countless examples of this in the South African context. Mineworkers are a prime one. Unions here generally estimate that the typical miner has eight to 10 dependants (a state of affairs that among other things helps to fuel high wage demands and labour militancy in the mining industry).

Demands from within extended families for legitimate needs such as school fees and basic needs such as food and shelter don’t leave a lot of space for long-term savings. And perhaps when you reach retirement age, the assumption may be that you will enter the pot and be partly supported by someone younger than you with an income.

A rethink of pension policy may well be in order.

“Policy makers need to ask the question: How are compulsory savings being applied?” Cabot Alletzhauser said.

There are constraints to reform: Pension legislation is geared toward post-retirement savings. Policy moves could include loosening regulations to allow funds to be applied to education, housing or frail care for elderly family members.

Without waiting for the government to act, Cabot Alletzhauser suggests that employers step into the breach.

“Employers can fill that gap. An employer can come in there and easily say there’s no point in making you save long-term for retirement unless I also provide you with an emergency savings fund,” she said.

There are wider issues at play here as well. South Africa’s woeful savings rate is one of the reasons the economy so desperately requires foreign investment. We simply don’t set aside sufficient capital to sustain the rates of investment needed to keep the economy chugging in a way that creates jobs.

Capital formation rates here are generally negative. Trade-offs may be needed to take account of the competing needs of South African breadwinners. But we also need investment and that requires savings or foreign capital. Any major rethink of our pension system needs to be cognisant of that.

And our drive for savings and investment also needs to be cognisant of the needs of households, which often have one foot in the wage economy and the other in subsistence modes with immediate consumption needs. DM