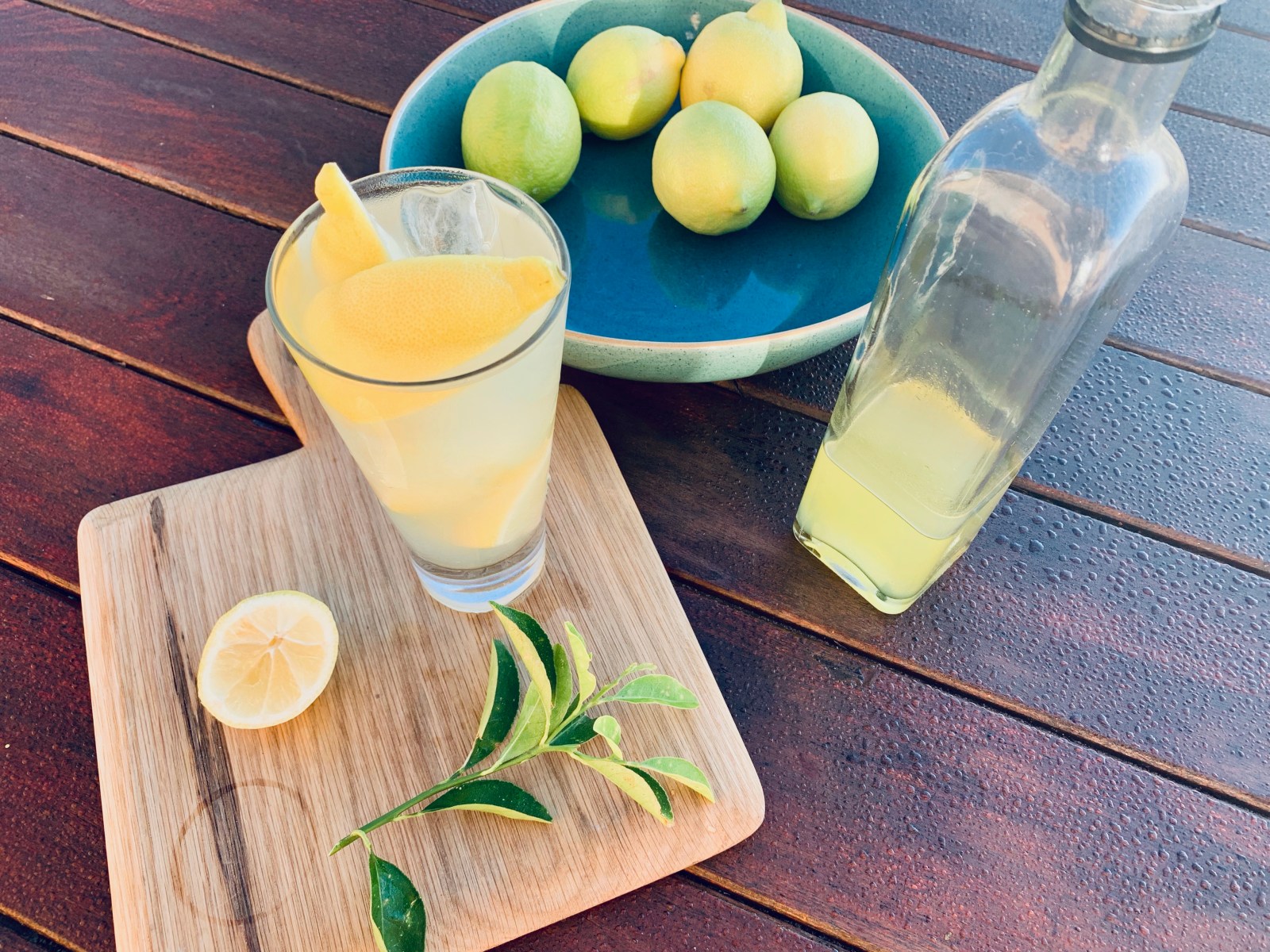 In South Africa, the citrus season has just begun. Everywhere from Patensie and Kirkwood in the Eastern Cape to Citrusdal in the Western Cape and all across Limpopo, orchids are being picked and their fruits readied for export. With an annual lemon export value of almost R4-billion, the industry is big business.

My great-grandfather Graham Douglas Whyte owned the Hubbly Bubbly cool drink factory in Cradock in the mid to late 1900s. He was a proper Scotsman living in the South African Karoo; I remember him always wearing his traditional tartan tam with a tassel.

In a family where women had been the main food forerunners, Oupa Graham added spice and flavour. Literally. His hand-written recipes are of weird concoctions, vastly different to the typical Afrikaans dishes and desserts often found in Ouma Tok’s magnum opus. He ate his Orange and Onion Salad, for example, long before Jamie Oliver coined a recipe for the dish.

First and foremost, however, he was a cool drink-maker. And his famous Lemon Syrup is and was a firm family favourite for the Lombards. Made every winter when the lemon trees provide exorbitant masses of the key ingredient, the cordial provided a most delicious way to enjoy lemons even at the height of summer.

The recipe requires for the lemon peel to be finely grated into the simple sugar syrup solution to enhance the flavour, before being strained out again before bottling. Lemon juice works as both a flavouring and natural preservative, along with the sugar. The result is a tangy, sweet delight that could keep for months, typically stored in old wine or brandy bottles. We drank litres of the stuff, mixed in a 1:5 ratio with water for an extra sweet drink. The adults, again, preferred theirs less sweet, but mixed with soda and a dash of vodka… Yes, please.

Apart from herbs, lemons provide perhaps the most attainable farm to table ingredient in the world. Even for inner city-dwellers, one small lemon tree in a suitable garden pot can supply a continuous harvest for home use – and then some.

Lemons are present in every cuisine the world over. They feature prominently in classics like lemon meringue and curd, but has no difficulty in taking on the supporting role, elevating other dishes to their utmost. The tart juice cuts through the fattiest deep-fried fish or spiciest Moroccan tagines, balancing dishes in the most flavoursome way. A single slice transforms a humble cup of tea to royalty. It’s a preservative for quick-browning avo and a natural remedy for weight loss. I’ve even seen a halved lemon, dipped in coarse salt, eat away at kitchen sink grime faster than any Verimark product ever could.

It’s hardy and versatile and filled with many hidden talents – much like those farmers’ wives who first explored their many uses. Or the farmers’ husbands, mind… like my Oupa Graham.

In South Africa, the citrus season has just begun. Everywhere from Patensie and Kirkwood in the Eastern Cape to Citrusdal in the Western Cape and all across Limpopo, orchids are being picked and their fruits readied for export. With an annual lemon export value of almost R4-billion, the industry is big business.

The Sundays River Valley in the Eastern Cape has the ideal climate for lemons, producing fruit with the desired smooth rind and extremely high juice levels. The region produces the bulk of SA’s lemons, most of which are exported.

It’s also the home of Sundays Organic Growers Association (SOGA), which started 14 years ago with four citrus farmers wanting to embrace a more natural way of doing things. They wanted to make a farm to table lifestyle their livelihood, however challenging that may be.

The organic farming industry can be a double-edged sword, says Lize Garrod from the SOGA Organic group. On one end, responsible consumers want to buy organic produce… but they still want to buy fruits that look and feel like their aesthetically-pleasing, conventionally-farmed relatives.

“Hence, organic farming has a much higher percentage of sub-grade products, not suitable for export,” she says.

So, to minimise waste, the SOGA farmers put their heads together and came up with a solution to utilise their entire harvest in a manner that celebrated their produce.

In 2012, they erected their own juicing plant which now produces SA’s first and only certified organic citrus juices. The motto is to achieve the exact same product we used to squeeze from the oranges and lemons picked from our backyard trees to make Oupa’s lemon syrup.

Which brings me back to farm to table living. Almost every South African farmstead comes standard with some sort of citrus orchard in the backyard (where farmers use all sorts of inventive methods to keep pests – children, monkeys and fruit flies – out). Even the smallest citrus harvest could generate income during the dry winter months. My mother-in-law used to sell 10kg bags of oranges from the back of her bakkie for R5 each. On a good day, she made an extra R500 from their one-hectare orchard, which produced tons of oranges every year!

Like with the SOGA farmers, excess produce in a real farm to table setting is always managed in a way that optimised the product, despite its condition. Fruits not viable to be sold as is would be otherwise utilised, never wasted. Marmalade, for example, provides the perfect way to preserve the orange rinds and remains for consumption at the breakfast table right throughout the year. Juiced lemons are also of worth; doused in salt and pickled, these lemon ‘carcasses’ can still provide abundant flavour in Moroccan casseroles.

In my family, the arrival of winter is announced annually with the baking of our beloved Lemon and Orange Cake, frosted with a lemon cream cheese icing. The recipe was handed down in Ouma Tok’s own writing. It requires the juice, rind and even pulp from lemons and oranges. And then more lemon juice and rind in the frosting… It’s a taste that still takes me back to winter afternoons when I snuck out of boarding school to visit Oupa and Ouma in their Cradock townhouse. A thick slide of lemon-orange cake and bottomless glasses of Oupa’s cordial would soothe any homesickness in an instant.

Lemons are versatile like that. And praise be if life just hands them to you.

Try your hand at this delightful…

Juice and Rind of 1 Lemon

Heat oven to 180°C. Grease two round cake tins. Beat together egg yolks and sugar until pale and fluffy. Mix rind, juice and pulp together and add to the egg mixture. While stirring the mixture, slowly add the oil.

Sift together flour, baking powder and salt and gently fold into the wet mixture. Whip egg whites to a soft peak and add to batter, folding in gently. Halve the mixture into the tins and bake for about 18 minutes until cooked through.

For the icing, mix together all ingredients until smooth and fluffy. Stack between layers and spread on top of the cooled cake. Decorate with more lemon and orange rind.

The cake gets better with time and is at its tastiest after about three days. DM