Court blow for activists being sued by mining company

Court blow for activists being sued by mining company 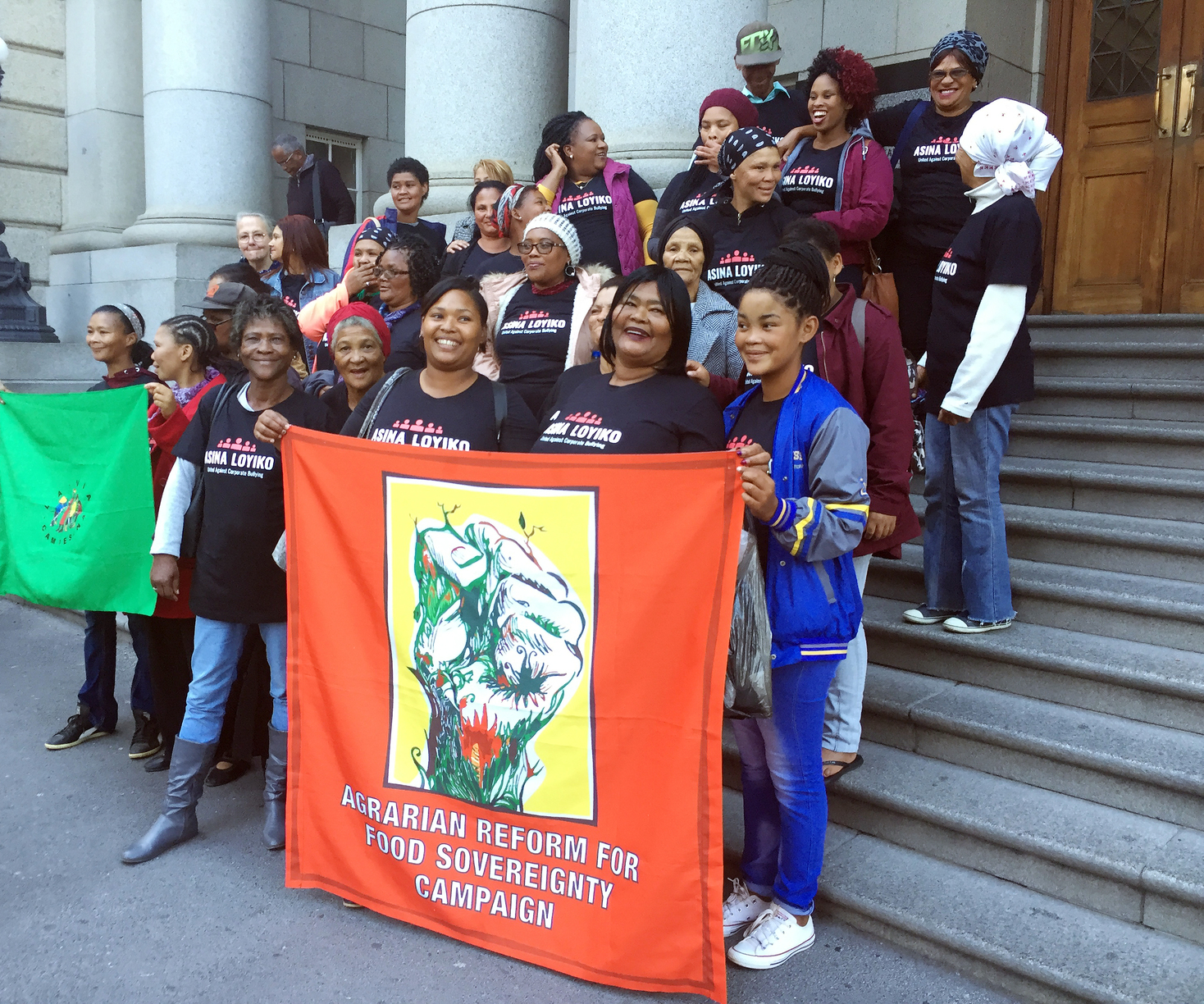 Supporters of the newly launched advocacy campaign Asina Loyiko (We do not fear): United Against Corporate Bullying, demonstrate outside the Cape High Court this week in support of people being sued by an Australian mining company. Photo: John Yeld

Cape High Court Judge Judith Cloete dismissed with costs a discovery application brought by three of six defendants ahead of a defamation case totalling R9.25m. By John Yeld for GROUNDUP

Discovery is a crucial aspect of the Rules of Court that govern the conduct of defamation cases in South Africa, in terms of which both parties are required to provide the other with all material relevant to the dispute.

The three defendants – Christine Reddell and Tracey Davies, who were both staff members at the Centre for Environmental Rights (CER) at the time of the alleged defamation, and Davine Cloete, a community activist from Lutzville – brought the application to compel “discovery”, i.e. access to a wide range of documents held by the miners. They want these documents as part of their preparation for the major legal battle ahead. The main defamation trial involving all six defendants is probably still many months away.

Redell, Davies and Cloete argued that these documents could conclusively prove that their statements that gave rise to the legal action – made during a January 2017 UCT Summer School course titled “Mining the Wild Coast and the West Coast: ‘Development’ at what cost?” ­– were true, not defamatory, and were made in the public interest.

Such documents included the approved Social and Labour Plan for the Tormin mineral sands mine on the West Coast; the mine’s prescribed annual reports in terms of mining legislation; all documentation prepared by the mine’s environmental control officers; and email correspondence between the then mine manager Gary Thompson and Caruso.

But the miners, who are the plaintiffs in the defamation case, held firm. While they provided some documents requested in the discovery, they refused to hand over many others, saying that these documents are either irrelevant to, or “over-broad” in terms of, the defamation dispute.

This week, the two parties squared off in the Cape High Court before Judge Cloete.

In her seven-page judgment that was delivered just hours after the hearing concluded on Thursday, the judge said the applicants had argued that they were entitled to the documents as a result of their constitutional right to access to information, enshrined in section 32 of the Constitution. Discovery should be interpreted in terms of these constitutional terms, they’d argued.

The respondents (i.e. the miners), in turn, had argued that the applicants were not entitled to those documents remaining in dispute because they’d opted not to plead facts in support of their defence in the defamation case during the discovery.

Agreeing with the respondents, the judge said the applicants had refused to provide any particulars, maintaining that their defences were “sufficiently pleaded”.

Cloete said there was merit in the respondents’ argument that providing every conceivable document relating to the MRC’s operations would be too burdensome “which, on the pleadings as they stand, may or may not have any relevance to the determination of the issues”.

She wrote: “On the pleadings at present, not only are the respondents unable to determine what documents should be produced as part of the discovery process, the court is not able to do so either.”

But the judge opened the door for the applicants (i.e. the defendants in the defamation trial): “All they need to do is amend and plead their defences in accordance with the correct approach … Discovery (and further and better discovery) may then follow and were there to be a further application, that court would have the advantage of being able to determine which of the additional documents sought have relevance to the pleaded issues.”

She continued: “That court will also be in a position to determine whether, as currently contended by the respondents, the applicants are simply embarking on a fishing expedition to seek justification for the statements made.”

Caruso and MRC are also suing three other South Africans – attorney Cormac Cullinan, social worker John GI Clarke, and Amadiba Crisis Committee founder member Mzamo Dlamini, one of the leaders of the campaign to block MRC from mining titanium in the coastal dunes at Xolobeni – for alleged defamatory statements. DM