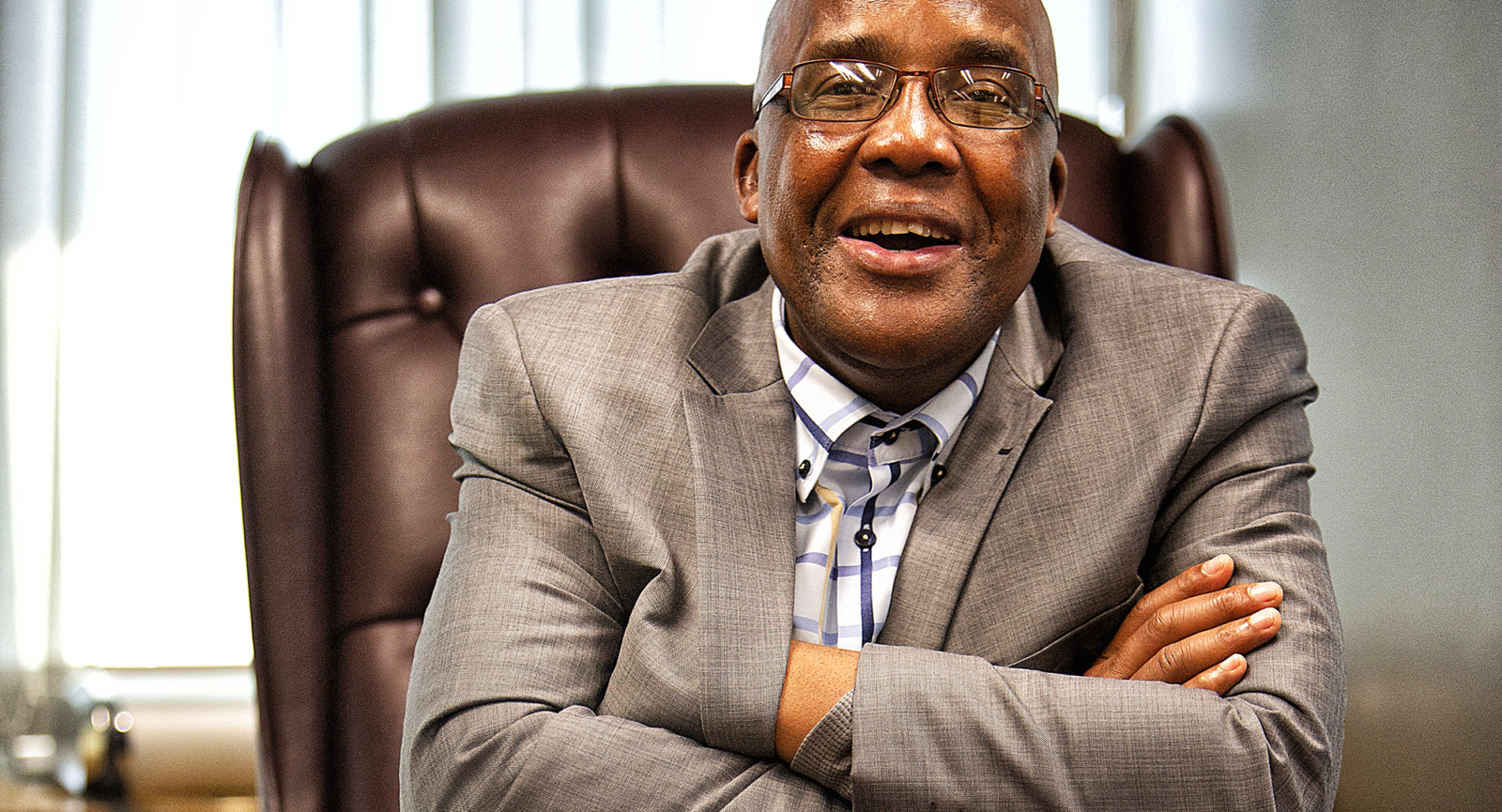 The Motsoaledi years can broadly be judged on two fronts: The response to the HIV epidemic and the functioning of the public healthcare system and its related institutions. The verdicts in these two instances are quite different.

Turning the page on Aids denialism

Until September 2008 Thabo Mbeki was President of South Africa and Manto Tshabalala-Msimang Minister of Health. The Mbeki and Tshabalala-Msimang years were years of state-sponsored Aids denialism. The details of those terrible years will not be recounted here, except to say that South Africa needed to make a clean break from it. That clean break started with the appointment of Barbara Hogan as Minister of Health in September 2008.

Building on years of resistance and the hard work of many principled activists, lawyers, healthcare workers, and some politicians, Hogan spoke clearly about HIV and Aids and ended the policy madness of the Mbeki and Manto years. Hogan was in the position for only eight months before she was replaced by Motsoaledi.

Arguably the biggest job facing Motsoaledi when he took office in May 2009 was to accelerate the provision of antiretroviral treatment. Motsoaledi had some credibility owing to his time in the Limpopo provincial government and the fact that he is a medical doctor. He was also energetic, passionate and outspoken. All of this made him a great figurehead for the establishment of the world’s biggest antiretroviral treatment programme.

The decrease in Aids deaths over the past decade is particularly impressive given that the absolute number of people living with HIV has been increasing over the same time period. People are still contracting HIV, but antiretroviral treatment has clearly kept hundreds of thousands, or even a few million, people alive who would otherwise be dead by now. When Motsoaledi took office in 2009 about 792,000 people were receiving antiretroviral treatment. Today that number is estimated to be more than 4.7 million.

Important context to the Motsoaledi years is also to be found in changes in life expectancy. In 1994 life expectancy at birth was about 63.1. In 2017 it is estimated to have been about 65.2 (about 66 in 2019). The increase over the 1994 level is thus marginal and does not suggest massive improvements in public healthcare in the post-apartheid era. Between 1994 and now, however, things first got very bad and then better again.

Either way, the increases in life expectancy in the Motsoaledi years are better thought of as a recovery from the specific disaster of Aids denialism than a general improvement in the quality of healthcare services.

Ultimately, the HIV epidemic would probably have been bad no matter what, but government intransigence in the early 2000s undoubtedly made it much, much worse than it would have been otherwise. Similarly, while things had already started to turn by the time Motsoaledi was appointed in 2009, he used what positive momentum there was to accelerate the provision of treatment, saving many, many lives in the process. For this, he deserves immense credit.

But what happened to the healthcare system?

Generalising about the public healthcare system is not always fair. There is significant variation between provinces, between districts and between individual facilities. There are undoubtedly many qualified and committed people out there putting in the hours for the communities they serve. But there are also persistent reports of under-staffing, long waiting times, patients sleeping on the floor and worse.

While much information is anecdotal, and while the media tends to focus on some of the worst cases, there are objective reasons to be very worried. So, for example, it is hard to argue against the deeply depressing picture painted by the reports of the office of Health Standards Compliance.

It is also hard to look at tragedies such as Life Esidimeni in Gauteng, the oncology crisis in KwaZulu-Natal, and the persistent problems with emergency medical services in multiple provinces without concluding that these are symptoms of deep-seated dysfunction in provincial health departments. The president himself talks of a “crisis”.

After our Death and Dying report exposed serious problems in the Eastern Cape healthcare system in 2014, the Minister moved swiftly to intervene. Emergency plans were made and announced at a press conference. But then the Minister and the media moved on and things slowly reverted to the way they were.

After the PharmaGate scandal of 2014, Motsoaledi made headlines by describing the pharmaceutical industry plot to derail law reform efforts in South Africa as “genocide”, but strident as his public statements were at the time, he never used his powers to issue a compulsory licence on an overpriced medicine, nor did he expend much political capital on reform of South Africa’s outdated patent laws.

Similarly, while Motsoaledi was an outspoken critic of the private healthcare sector in South Africa, the draft report of the Competition Commission’s Health Market Inquiry leaves little doubt that he failed to use the levers he had at his disposal to regulate the private sector.

How to make sense of all this?

One version of the past 10 years would see Motsoaledi as a victim of the politics of State Capture. As good as his intentions may have been, unruly provincial health departments, often beset with corruption, made it impossible for him to implement.

For example, various Free State MECs for Health and the head of the Provincial Health Department were essentially untouchable, given that they were protected by Ace Magashule, Free State Premier for much of the Motsoaledi years. It could be argued that if Motsoaledi stuck his head out too far, Zuma would have fired him, and that he was therefore justified in playing the long game, much like Ramaphosa. There is definitely something to this excuse, but it only takes you so far.

As an aside, while Motsoaledi, like Ramaphosa, could and should arguably have done more to arrest the institutionalisation of corruption in the state, it is important to recognise that he was one of a small number of ministers who stood up against former President Jacob Zuma when the political crunch came in 2017. He was brave and right to do this and, quite apart from what he may or may not have done in healthcare, deserves credit for it.

A second version of the last 10 years would hold Motsoaledi and those close to him at the National Department responsible for much of the systemic failures in the healthcare system. It could be argued that the National Health Act gives the Minister much greater powers to interfere in provinces than Motsoaledi was ever willing to use. It could also be argued that what influence he did have in provinces, was not always used particularly well.

For example, the National Department of Health has relative control over the HIV conditional grant (having to approve business plans submitted by provinces), yet the grant was grossly misused in the North West to pay a private ambulance company. In addition, rather than allowing dysfunction in provinces to be exposed, Motsoaledi’s instinct was often to spin his way out of it — take the specific problem seriously, deny that it is systemic, protect your ANC comrades in the provinces.

While unruly provinces are one thing, there are various national level processes and institutions that Motsoaledi had significant influence over in his decade in office. Today the Special Investigating Unit (SIU) is looking into alleged corruption at the Health Professions Council, the National Health Laboratory Service and the ongoing problem of fraudulent medico-legal claims against the state.

Motsoaledi both supported the appointment of persons now suspected of corruption and failed to intervene effectively when the extent of some of these problems became apparent. That the SIU has now been asked to mop up, does not reflect well on Motsoaledi’s leadership – although the politicised Hawks and National Prosecuting Authority did not make things easy for him.

Some critically important policies were allowed to expire, such as the Human Resources for Health Policy in 2017, which has not yet been replaced. The need for a single electronic health records system for the public healthcare system has been a priority for years, but progress has been painfully slow. National Health Insurance has been on the cards for ages, but when a draft bill was published in 2018 it was half-baked and lacked clarity in various key areas, such as the role of provinces.

State Capture or unruly provinces cannot be blamed for these policy and leadership failings. Something else has clearly gone wrong.

Even so, while the healthcare system and many of the institutions meant to support it have struggled in the Motsoaledi years, these failings are arguably outweighed by the tremendous growth of the HIV treatment programme and the many lives that have been saved through this programme. The numbers do not lie.

In the final analysis then, Motsoaledi is likely to be remembered primarily as the minister who definitively closed the book on Aids denialism and made sure that millions of people living with HIV received life-saving antiretroviral therapy. DM

Note: Figures quoted in this article are from the Thembisa model outputs version 4.1 published in 2018. New Thembisa outputs are expected in August 2019.