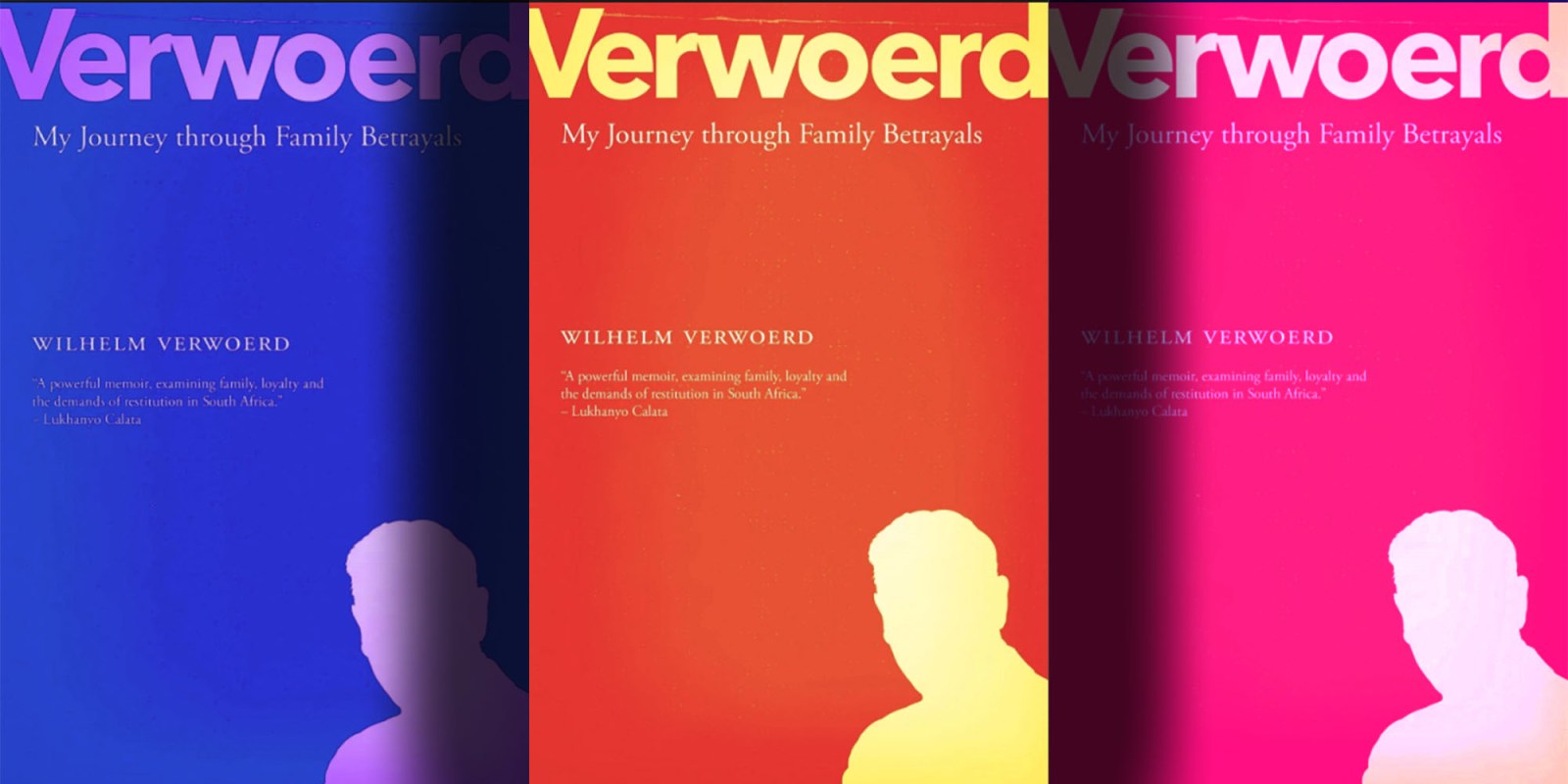 When, in the 1990s, Wilhelm Verwoerd spoke out against his grandfather’s racist policies, his father called him a traitor. This moving memoir examines the complexities of having Verwoerd blood in your veins in the full knowledge that HF Verwoerd had blood on his hands. The publishers describe the book as an unflinchingly honest look at loyalty, kinship and the demands of restitution in South Africa.

My reluctant acceptance of this intimate cutting edge of reconciliation-with-justice was also aided by a prior intellectual reform of my relationship with my ethnic “family”.

As part of my re-education in Oxford, I had been confronted with the debates between primordialists and constructivists in the recent research into ethnicity and nationalism – between those with a given, created, relatively unchangeable understanding of ethnicity, and those who emphasised the process of deliberate cultivation of political group identities. For example, the study of the complex history of social and political construction of Yoruba and Igbo identities in Nigeria made me think and speak much more carefully about “the Afrikaner”. Thanks to my exposure in Holland, I already had a stronger sense of the blinkers of my Christian National history education at school and in the Voortrekkers. My studies in England consolidated my intellectual rejection of the “primordial”, a historical existence of any ethnic group or nation.

I could no longer accept that Afrikaners were created by God – a belief that underpinned Verwoerdian apartheid. Nor could I uphold the rock-solid definitions of other political groups. The official, clinical divisions between a minority of “Europeans” and a large majority “non-Europeans”, between “coloureds”, “Indians”, and about 12 ethnic groups among “Africans”, between a white “West” and a black “Africa”, could no longer serve as starting point for interpreting the past or the present. Or to build the future.

I would not try any more to search for my Afrika-ner identity in one or another combination of unique characteristics – language, cultural customs, view of history, and so on. Being an Afrika-ner shouldn’t point to a noun, but to a verb: to a process of identifying with all the people, especially in this southern part of the continent of Africa. Becoming this kind of Afrika-ner could still include a love of fynbos and clean, cold mountain streams in the Boland mountains, wood fires and strong coffee in the bushveld, a deep blue sky, bright light and warm sunshine, singing, praying and discussing matters of the heart in Afrikaans. But I could no longer enjoy all these things far apart from the pain of fellow South Africans of colour.

My visible solidarity, however, was delayed by many questions. What did becoming an Afrika-ner mean in the political practice, especially in relation to black South Africans for whom “African” was still a noun? More specifically, what did the ANC really stand for? Was the ANC actually an organisation for black Africans? Was there really space for someone like me?

Many more exploratory conversations followed, amongst others with true Afrikaners like Beyers Naudé. The straw that broke the camel’s back was a book by the Ghanaian-English philosopher Kwame Anthony Appiah, In My Father’s House: Africa in the Philosophy of Culture. His non-racial articulation of “Africanity” in terms of a “willy nilly” “engagement with African suffering” resonated strongly with me.

Weighing up the political organisations of the early 1990s in terms of their history, leadership, principles and policies, it was clear to me that becoming an Afrika-ner could, in the political arena, best be expressed through the African National Congress. That was an important reason why I became a member of the ANC.

My father’s response was simply: “You are a traitor to the Afrikaner people. And to your grandfather.”

Nine months later, I made my first appearance on a public ANC platform. I was tense for weeks preceding it. Sometimes I regretted agreeing to make a speech. The meeting was going to be in a conservative, white Afrikaner neighbourhood, and friends and colleagues said that we were courting trouble, especially given that emotions were running high after the assassination of beloved ANC leader Chris Hani in April 1993. I was warned that the militant Afrikaner resistance movement, the Afrikaner Weerstandsbeweging (AWB), was planning to march in full force. They were said to be furious about the new “traitor” among the bunch of “black terrorists and communists”.

When it was my turn to speak I struggled to get my first words past the lump in my throat.

“Comrades? I agonised about using this word here this evening. It is so laden with negative associations in the minds of Afrikaners. The last time I used the word was around the campfire as a young Voortrekker in the Seventies, when we sang the German hiking song ‘Kamerad, Kamerad’ on our outings. While we sang our carefree songs, many less fortunate young South Africans were being killed in the townships or were fleeing the country to join their comrades in the struggle against apartheid.

“If someone told me then that I would be standing here this evening, the shock would have put an immediate stop to my singing. Since then, 2 February 1990 came and went, and many things and a number of laws have been changed, but the question still remains:

“How on earth can white, Afrikaans-speaking Voortrekker comrades and ANC comrades be brought together? Is it possible to be liberated from apartheid, so deeply rooted in the hearts and minds of so many of us? Is it possible to find common ground between Voortrekker ‘kamerade’ and ANC comrades, while so many South Africans continue to live in separated worlds?”I tried briefly to give a positive answer to this question, without being too idealistic and ended my speech with these words:

“I still find it awkward to say ‘comrade’, and especially ‘kameraad’ in Afrikaans, and to toyi-toyi. I still have much to unlearn and much to learn. But the bottom line is: it is exciting and liberating to join in the camaraderie of, let’s call it our ‘Comrades Marathon’ towards a new South Africa free from oppression in our homes, in our factories and mines, in our politics!”

Now, 25 years later, I have to admit that I was too idealistic. Giving a positive answer has become ever harder. But that night, the response overwhelmed me. In amongst the cries, I heard fist-in-the-air shouts of “Viva, Verwoerd, viva!” A newspaper headline the next day read: “Verwoerd in tears over cheers”. It wasn’t wrong. DM

Wilhelm Verwoerd was born in 1964, in the heyday of apartheid, which was infamously formalised by his grandfather Hendrik Verwoerd. Deeply disillusioned with the system he was raised in, Wilhelm joined the ANC in the early 1990s, and worked for the Truth and Reconciliation Commission and for reconciliation in North Ireland and South Africa.