Zambia: When you get to the bottom of the hole, stop digging 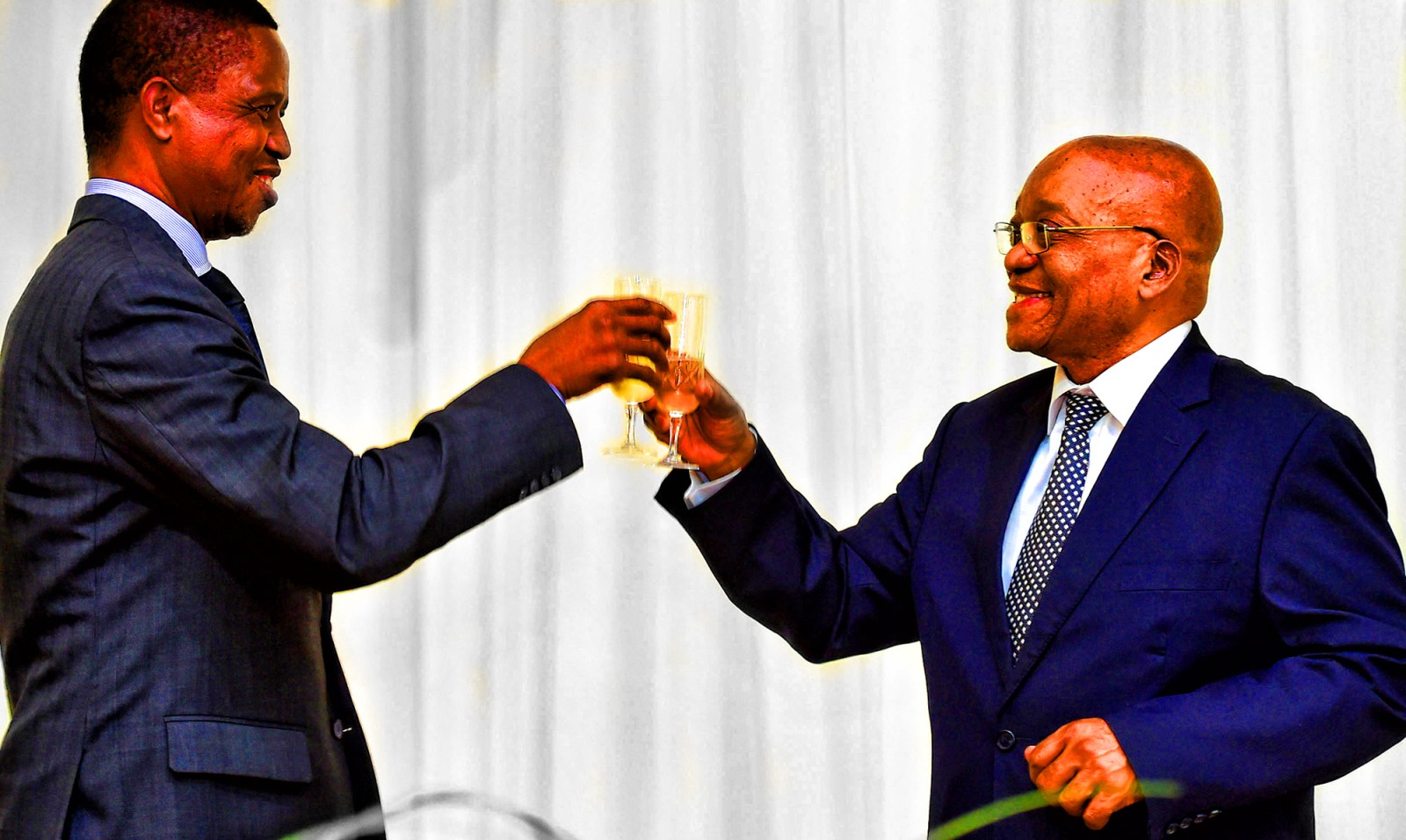 Last week, the Zambian government applied to place Konkola Copper Mines, the country’s largest private employer, into provisional liquidation. Is this a sign that an increasingly desperate government, starved of resources to pay the salaries of a burgeoning civil service and of cash to meet the international debt it has rung up in record time, is thinking of nationalising the mines? After all, Zambia has been here before — and with devastating consequences the last time around.

It has invested more than $3-billion into these facilities since its acquisition of a majority share after Anglo American’s withdrawal from the project in 2002, including sinking a deep shaft in the Chililabombwe ore body in 2006, commissioning a new smelter in 2008 and opening three new concentrators between 2010 and 2012.

Whereas KCM’s lack of productivity had made it one of the biggest contributors of the daily $1-million loss of the mines before ZCCM’s privatisation in 2000, now it contributes usually about one-fifth of Zambia’s 800,000-ton annual copper production.

In explaining the liquidation application, President Edgar Lungu’s government cited breaches of KCM’s operating licence and its financial position. But there may be more sinister motives related to Zambia’s precarious debt situation.

In 2005, Zambia’s debt had largely been forgiven. Today, however, the country is once more in it up to its eyeballs, and the government has no plan to stop spending. External debt, at the end of 2018, has increased to $10.1-billion, of which about $3-billion was in Eurobonds, $1.8-billion multilateral and $2.9-billion from China (mainly Exim bank). Since then Zambia has announced a further $1-billion from the Chinese, while there are other ongoing contracts which are committed, but not yet disbursed.

As external debt payments ramp up to be larger more-often-than-not to inflows, Zambia’s foreign exchange reserves have declined since 2017. External debt service is up by 90% in 2019. There is no way out, apparently, from these debt challenges without an IMF programme or another credit line, or both. This explains why the kwacha has recently broken through the psychological K13-$1 margin for the first time since 2015, making it the world’s second-worst performing currency in 2019.

There are other negative events. The seasonal drought promises a poor yield for farmers, while Kariba Lake has dwindled to 2014/15 levels, in part because of low rainfall and in part because of the irresponsible use of new turbines by both Zimbabwe and Zambia, which promises power cuts and productivity losses.

An IMF deal is currently unlikely. The Zambian government kicked out the IMF representative Alfredo Baldini in 2018, and there’s no good way to negotiate without a resident representative in place. Moreover, the IMF is unlikely to change its view that the government of Zambia needs to stop spending and borrowing, especially from the Chinese, which they won’t do. A pandered-to and fully-stuffed civil service, and rents from infrastructure projects are politically indispensable, at least for the ruling party.

Zambia is at the bottom of the hole now, but the ruling elite is keen to keep digging, despite regular promises that they won’t take on any more debt.

This means that the only likely rescuers are the Chinese. But the question is, at what cost?

It’s hard to read the president’s end game, if there is one.

The most benign explanation for this action is of an honest if a cack-handed attempt to try to recoup the money owed by Vedanta, a notoriously slow payer, including on the $103-million price-participation award made to ZCCM-IH against KCM by UK arbitrators two years ago.

Yet, while the Zambian government laments that KCM hasn’t met its production targets, it doesn’t admit to changing the tax rules over the years such that it will have made it more and more difficult for KCM to finance whatever was required to improve performance, such as the withheld VAT or the increase in mining royalties.

Equally, a rise in electricity tariffs hit KCM particularly hard, with its huge power demand on pumping no less than 350 million litres of water a day, which doesn’t produce any copper. Trimming labour costs is made more difficult in an environment where cash flow is weak and workers are entitled to three months’ pay for each year of service.

While the fast-changing tax and tariff policy environment demanded by a cash-hungry government have not made it easy to run a profitable mine, the greatest irony is that between the government and ZCCM-IH they have three representatives on each of the ex-ZCCM/state mines. They get the detailed financials every quarter, and are perfectly placed to review the budgets and other programmes.

Now the government is essentially suing itself in liquidating KCM, just as it has done by threatening other mining companies with audits in the wake this liquidation application.

More threateningly, however, through the liquidation, Lungu could be trying to force Vedanta’s hand — and those of other mining companies — overpayment of a new, non-refundable sales tax and any other scheme that it might dream up.

Vedanta, and KCM, with a record of environmental problems and faltering production, is the softest target for such a move among the big miners. The liquidation application came shortly after Vedanta reported an annual loss of $165-million, blamed on import taxes on concentrate from the Congo and the weakening of the kwacha.

Yet there are considerable costs to such an extortion tactic by government, even if it stops short of nationalisation. Though it may briefly oil the wheels, it can only bring further long-term misery. There is the cost to employment in the Copperbelt, already politically indisposed to Lungu. This comes on the back of Glencore’s announcement that it will close two shafts at its Nkana mine in Kitwe, threatening 2,000 jobs. The consequences are unpredictable; the place could just blow up.

And there is the downstream cost to the business, in Zambia and the region. There is a lot of money in circulation between the mines and their creditors. KCM owes nearly $120-million to mostly South African suppliers, for instance. The costs of Lungu’s policy lurch are not thus confined to Zambia.

Whether these relatively benign goals — retrieve the money, and/or use Vedanta as an example to the other miners — lie behind Lungu’s liquidation move will be determined by the nature and pace of the resolution. If Vedanta and the government quickly settle through the payment of money owed, a fresh price sharing agreement, and the dropping of the $180-million VAT reimbursement claim, Lungu’s strategy to squeeze more cash out of KCM would be clear and successful, if somewhat high risk.

There is, of course, the cost to governance — and of establishing the wrong incentives for government policy — if a solution is cobbled together. This “success” could encourage a fresh attempt to extort from other mines, including through raising electricity tariffs.

There may be another, more extreme Lungu motive, however. He may be trying to access a large chunk of cash through a re-sale of KCM’s assets.

There is already scuttlebutt about Chinese and Russian suitors and Lebanese middle-men. This is sending the markets, and those institutions which hold KCM paper, into a bit of a spin. Moody’s immediately downgraded Zambia’s credit rating last week, citing pressures impairing the government’s ability to service its debt. With $3-billion invested, KCM is an enticing swap for debt, or at least a means of currying favour and buying time.

In this scenario, Lungu’s targeting of the mines would be indicative of the direction he wants to take Zambia, away from the West, and its governance norms, and towards China, seen as relatively unregulated, governance laissez-faire and diplomatically on-side. But there is little evidence that the Chinese are more likely to forgive the scale of Zambia’s debt and turn a blind eye to the spendthrift habits of Lungu’s PF government, at least without assurances of payback.

The problem with the PF’s approach to government is that eventually, to paraphrase Margaret Thatcher, they will run out of someone else’s money.

Thus a recovery strategy should be less about from where Lusaka will source its next loan or tax bonanza than how they will grow the pie, diversify away from mining, improve productivity, ease logistical constraints and reduce government red-tape and overheads.

Instead, without such policy debate, KCM’s plight is a marker for Zambia’s future path, which if unchecked, is as depressing as the likely solutions.

The IMF will set terms which the Zambians won’t like, so there is unlikely to be a deal, but they will find a way to keep going, in part through extortion, and in part through further borrowing.

Repression will likely increase as fast as joblessness. The next election in 2021 might offer prospects for change, but by then Zambia will be in so deep that changing the political and economic trajectory will be much more difficult. Just look at Zimbabwe. DM