Ramaphosa cuts Cabinet from 36 to 28 ministers, half of whom are women 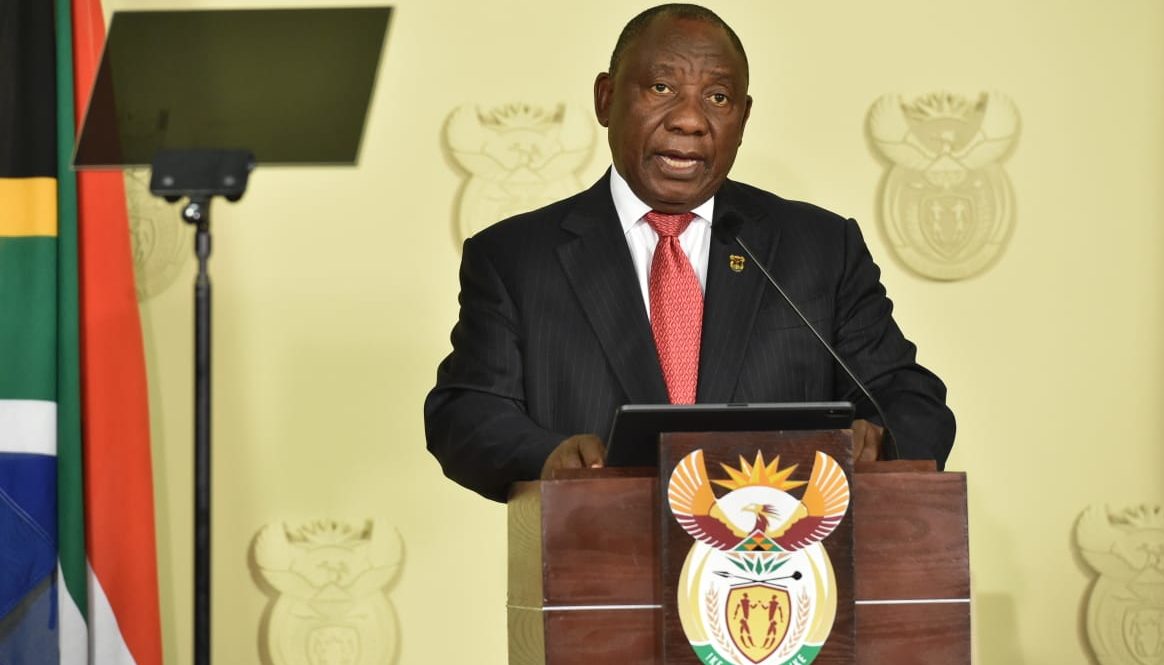 After a day of consultation, President Cyril Ramaphosa finally announced his Cabinet on Wednesday evening, sticking to his promise to slash the bloated executive. David Mabuza and Pravin Gordhan will keep their positions in a Cabinet that will see Patricia de Lille become a minister, while a number of ANC veterans didn’t make the cut.

President Cyril Ramaphosa has slashed the number of ministers from 36 to 28 after combining a number of departments in the process of reconfiguring the state, which he said was still ongoing.

Ramaphosa announced his Cabinet at the Union Buildings on Wednesday evening after he consulted with the ANC’s alliance partners throughout the day.

Every president since 1994 has named his Cabinet the day after their inauguration but controversies over whether David Mabuza should remain deputy president after being questioned by the ANC’s integrity committee and whether Pravin Gordhan should remain in Cabinet after an adverse finding by the Public Protector were reported to have delayed Ramaphosa’s announcement.

Photo: Some of the ministers in Ramaphosa’s new canbinet:

Mabuza retained his position while Gordhan was reappointed as the Minister of Public Enterprises, where he is seen as integral to Ramaphosa’s attempts to tackle the legacy of graft at state-owned entities.

The president made a number of surprising choices, particularly by appointing Good party leader Patricia de Lille as minister of public works and infrastructure. De Lille formerly served as mayor of Cape Town and a leader of the DA before she had a falling-out with the party.

Former ministers facing allegations of incompetence and corruption such as Bathabile Dlamini won’t return to the executive. The likes of Nomvula Mokonyane and Malusi Gigaba had already declined to become MPs. David Mahlobo, known for defending former president Jacob Zuma as State Security minister, made a surprising return as Deputy Minister for Human Settlements, Water and Sanitation.

ANC national chairperson Gwede Mantashe, linked to allegations surrounding the Bosasa scandal, retained his position at Mineral Resources, but will now have greater powers after his department was merged with the Department of Energy.

Ramaphosa announced plans to reduce the size of the Cabinet during his first State of the Nation address in 2018. The number of ministers had jumped from 29 during former president Thabo Mbeki’s administration to 36 under Zuma.

“This is a significant move of downscaling our state. Many people believed that our government, which is meant to serve 57 million people, was bloated and this was agreed right across the board,” said the president on Wednesday evening.

“Let me immediately state, a reconfigured state is an ideal, but we also see it as a process. It is a process that should finally lead us to the blueprint type of government that we all seek.”

The president emphasised that for the first time, half of all ministers were now women.

Ramaphosa merged departments with similar responsibilities: Trade and Industry was combined with Economic Development; Higher Education with Science and Technology; Environmental Affairs with Forestry and Fisheries; Agriculture with Land Reform and Rural Development; Mineral Resources with Energy; Human Settlements with Water and Sanitation; and Sport and Recreation with Arts and Culture.

The Cabinet includes a number of new ministers such as Ronald Lamola, a former ANCYL deputy president who campaigned for Ramaphosa before the ANC’s Nasrec conference, who was appointed Minister of Justice and Correctional Services. Barbara Creecy, former Gauteng finance MEC, was appointed as Minister of Environment, Forestries and Fisheries.

Long-serving minister Jeff Radebe didn’t get a slot. Neither did former Tourism minister Derek Hanekom, who came out in support of Ramaphosa ahead of the Nasrec conference.

Other ministers were retained but moved to new posts: Blade Nzimande went from Transport to Higher Education, Science and Technology; Aaron Motsoaledi went from Health to Home Affairs; Zweli Mkhize will move from Co-operative Governance to Health.