‘The Sound Man’: Immortalising the brave men of Camerapix 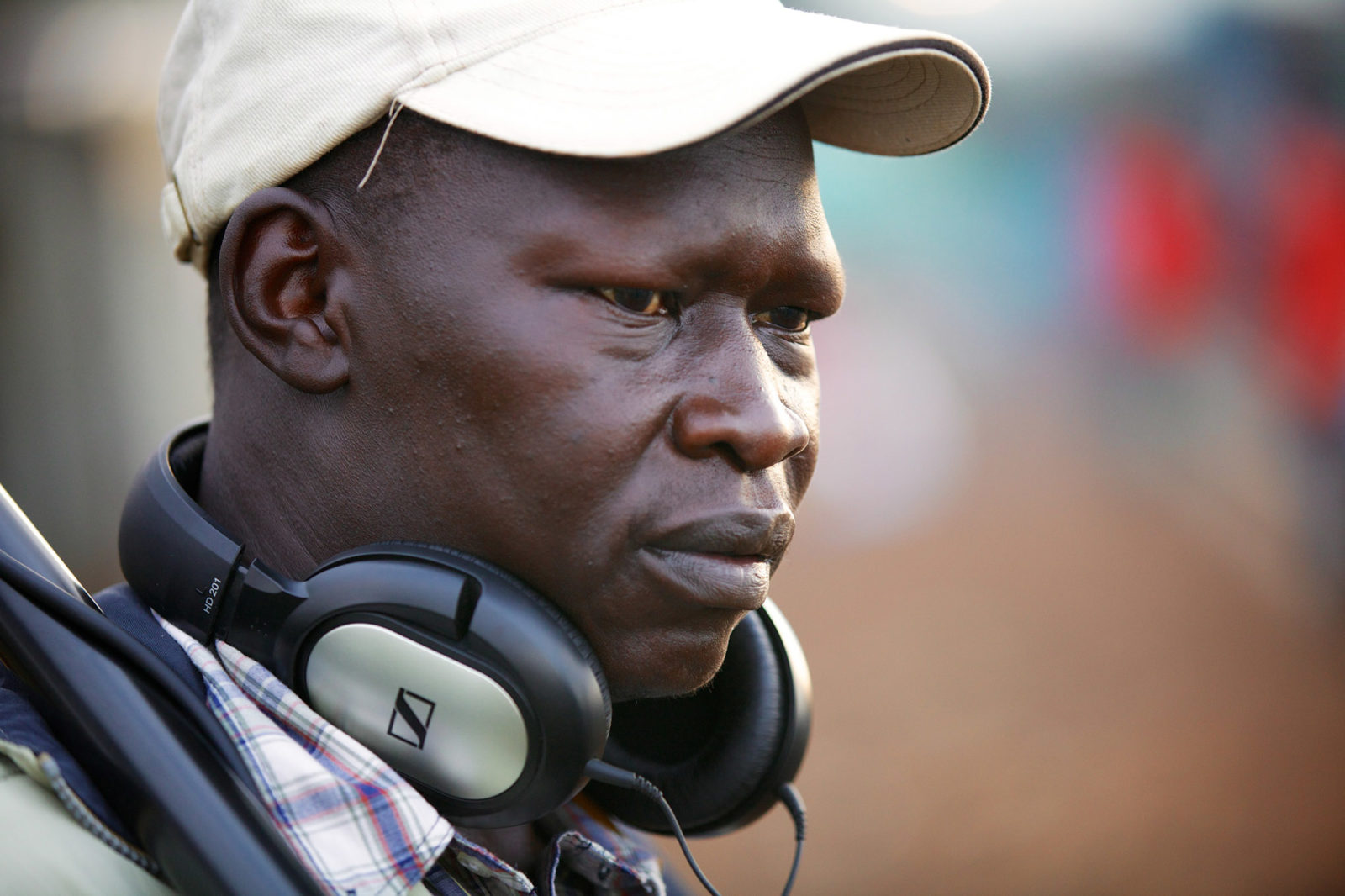 CU of Abdul, wearing headphones around his neck. Looking off camera, mouth closed. Wearing a hat and a plaid shirt. BG out of focus.

An unflinching documentary on the men behind the scenes of African reportage on Africa comes to Johannesburg this week.

The camera lies transfixed in horror at the scene it’s stumbled upon. Unable to move away, unable to even breathe, it freezes as the images of the Interahamwe militia are recorded. The bodies of their victims lie motionless on the red earth, but the grisly arc of the pangas continue, chopping, cleaving, butchering. Periodically, the men in the militia walk away from their kill to gather their breath; they walk a few steps and then return to continue the arc. Paralysed, the camera tries to shy away, but the best it can do is to zoom out with excruciating slowness.

These are the killing fields of 1994 Rwanda.

Such images, and almost all the other sights and sounds featured in The Sound Man — the documentary which launches at the Johannesburg Holocaust and Genocide Centre this week — seem to conform to a list of all that is wrong with reportage on Africa according to the recently deceased Kenyan author Binyavanga Wainaina’s biting 2012 essay How to Write About Africa. Wainaina writes cynically:

“Never have a picture of a well-adjusted African on the cover of your book, or in it, unless that African has won the Nobel Prize. An AK-47, prominent ribs, naked breasts: Use these. Treat Africa as if it were one country. It is hot and dusty with rolling grasslands and huge herds of animals and tall, thin people who are starving. Make sure you show how Africans have music and rhythm deep in their souls, and eat things no other humans eat. Make sure you are able to eat such food without flinching, and describe how you learn to enjoy it — because you care.”

Wainaina’s essay was rightly acclaimed and honoured as an acute indictment on the predictability (for some, read hypocrisy) of Western reportage, and was much shared following his premature death last week.

So as an African, watching The Sound Man so soon after rereading Wainaina, one may initially feel something of a moral abhorrence. For in this 30-minute documentary, there are few uplifting scenes. Everywhere is poverty, war and chaos, interspersed with — as loathed by Wainaina — mock peaceful African traditional music sanitised for non-native ears.

But normative judgments may, in this case, be premature. For everything one sees in the documentary, and everything one hears, all have been produced by local Africans, living among these people and feeling their degradations personally. And as they undemonstratively point out, their search is always for authenticity and giving humanity to their subjects.

The Sound Man follows the brave men of Camerapix, a pioneering Nairobi-based production company founded by the famed photographer Mo Amin. Camerapix has earned an enviable reputation for the quality and fearlessness of its field operatives, with a long history of documenting East African experiences.

When Amin tragically died the mid-1990s, his son Salim took over and continued his father’s work. Camerapix’s photographers and cameramen are well known — besides the Amins, there was Mohammed Shaffi and Duncan Willets — but this documentary has chosen a less obvious source of emphasis — that of the crucial, but overlooked role of its soundmen.

The documentary’s subject, Adbul Ramadhan, has doggedly followed his profession for almost four decades, recording, as he says, “the sounds of revolution, civil war, genocide and famine”. Soundmen are important cogs in the wheel of the final product. They inconspicuously help shape the viewer’s experience.

Ambient noise in documentary footage often subconsciously enters our minds, layering a textured connection and memory of the image we see unfolding before us. A good soundman not only emphasises — exposing the harsh finality of a rifle crack in a way an image cannot — but also reduces, for example by zeroing in on the tender muffle of a tiny tragedy amid the oblivious and alienating bustle of a wider market bazaar.

Crucially too, as soon becomes apparent, in war zones their role takes on an added dimension — while the cameraman’s gaze is limited solely to the viewfinder, the soundman is constantly scanning the wider drama, looking out not just for the next scene but concurrently for imminent danger or a deadly stray bullet.

And there are stray bullets. A quiet Ramadhan reticently talks of colleagues lost, of horrors reluctantly witnessed. And through it all, aware of his almost uninterrupted palette of strife and terror, a sense of being aware of Wainaina’s revulsion.

“My work is dangerous. We’ve seen it all. The displacement, the refugees, the hunger. But we feel it more because we live here, rather than others who parachute in… if we don’t tell their story, we are condemning my people to death.” DM

The Sound Man will be shown at the Johannesburg Holocaust and Genocide Centre on May 28 at 7pm.

Drastic restructuring on the table (again) to end Ascendis’s agony