DStv: Fancy an opportunity in television?

DStv: Fancy an opportunity in television? 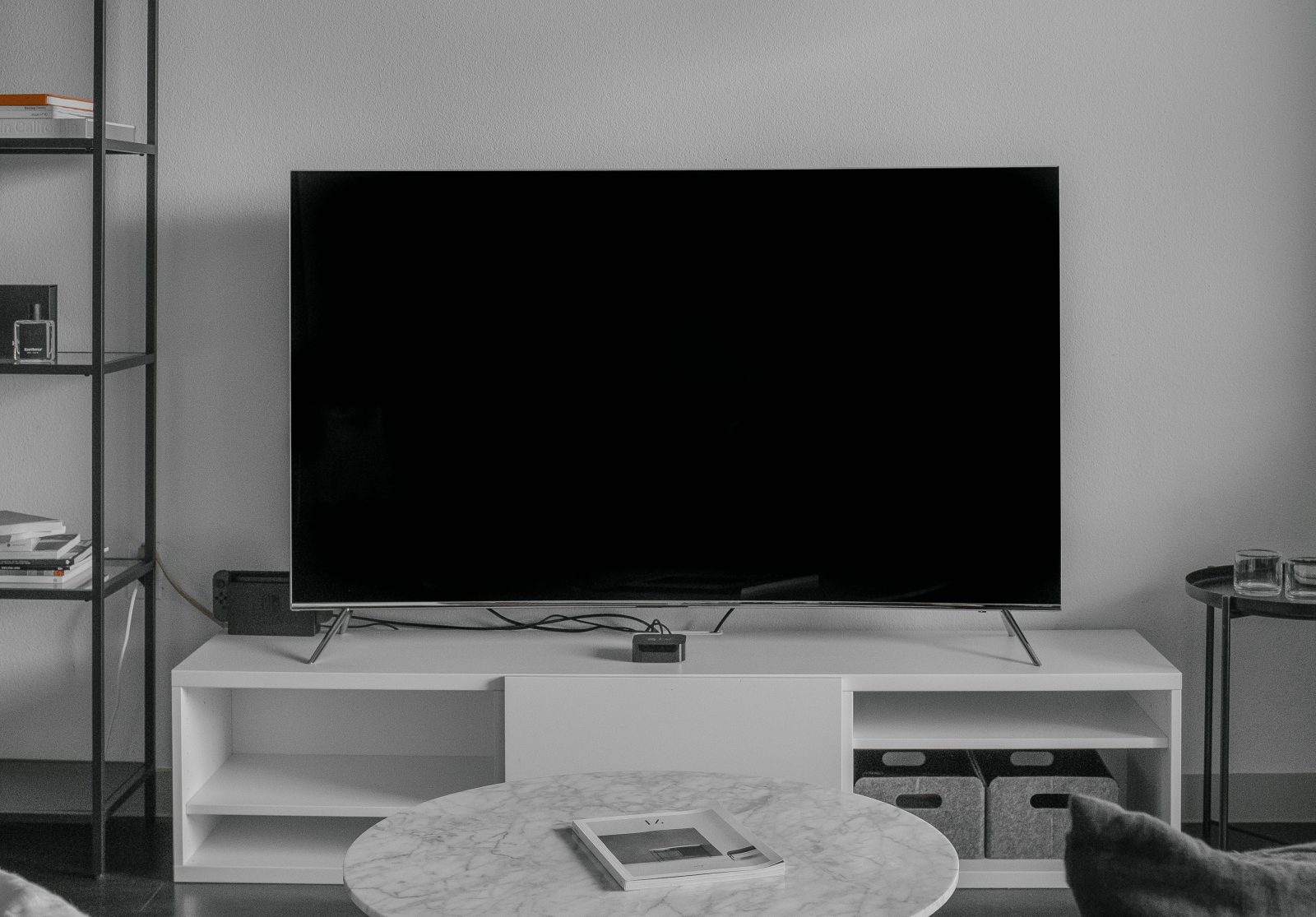 The Top 40 saw a new arrival earlier in 2019 when MultiChoice was unbundled from Naspers. MultiChoice owns the dominant pay-TV business in South Africa, DStv, with over seven million subscribers. You probably know the product quite well, but perhaps there are some things about the business that you weren’t aware of.

People watch a lot of TV. In the UK, the average adult watches three hours per day. That’s live TV. He or she then watches a further two hours of recordings, DVDs and YouTube. The UK is not an outlier – other countries have similar stats. In South Africa, nine million people regularly watch Uzalo and eight million watch Generations, both on SABC 1. About seven million households get their TV from MultiChoice, the owner of DStv.

Here are some features of the South African part of the business:

DStv makes most of its money from subscriptions. Only a small portion comes from advertising revenue.

Revenue has grown by 16% per year over the past 10 years. Most of this is from adding subscribers to the cheaper packages, not from price increases. The price of the premium package has increased from R300 to R800 over the past 20 years, but that is in line with inflation: Everything else has gone up by a similar amount (20 years ago, the petrol price was R3).

The biggest cost is content: DStv buys the rights to broadcast sports and other shows, and generally pays for these in US dollars. It is an importer. If the rand weakens, this is a problem because content costs then increase in rand terms, which squeezes the margin. If the rand strengthens, it helps the margin.

DStv also produces local content, which accounts for 30% of viewing minutes on the platform. The nice thing about local content is that once it has been developed, it’s yours forever. In the case of DStv, the costs are also in rand, so there is no currency mismatch. DStv owns 30,000 hours of local content that it has developed over the years – a valuable asset.

There is a virtuous cycle in pay-TV: The more subscribers you have, the more you can afford to bid on content, and the better your content, the more people will subscribe. That is why it is difficult to compete against a powerful incumbent.

The business is extremely profitable: It makes a return on assets of 28%. For context, the average return on assets for the S&P 500 is 7.5%. Not even Facebook makes 28%. The profit margin is 27% – also a big number.

How much do you have to pay to own this business? The South African operations produced R7.9-billion of earnings in the most recent year. A quarter of this goes to Phuthuma Nathi (DStv’s empowerment scheme) shareholders, and the remaining R5.8-billion to owners of MultiChoice. The market capitalisation of MultiChoice is R52-billion, so the price-to-earnings ratio (market cap ÷ earnings) is less than nine times. If that were the whole story, the share would be cheap, but investing is never that simple. There are two snags which investors have to incorporate into their valuation: the Rest of Africa, and Netflix.

MultiChoice owns pay-TV operations in 49 other African countries. The most important ones are Nigeria, Zambia, Kenya and Angola. The rest of Africa accounts for half of subscribers, but only 28% of revenue. This part of the business is heavily loss-making. What went wrong?

MultiChoice signed long-term content deals, agreeing to pay in US dollars. When the naira, kwacha, shilling and kwanza all collapsed in recent years, subscription revenues collapsed with them, but the dollar obligations remained. Before buying the share, one would want some assurance that these losses won’t continue indefinitely. MultiChoice has a three-year turnaround plan that relies partly on subscriber growth, and partly on signing more favourable content deals in the future.

For the first 25 years, DStv had limited competition in South Africa. But Netflix and Amazon Prime Video are available for about one-fifth of the price of DStv Premium (ignoring the cost of internet, which I assume the typical premium subscriber will have anyway).

Premium subscribers are valuable, but their number is declining – probably as a result of this new competition. Of course, Netflix and Amazon are not only competing for subscribers, but also for content. They might force DStv to pay more for shows, or to drop certain shows, and thereby make DStv’s offering less attractive.

Three points in mitigation of this are:

DStv has sports. This is crucial for many subscribers. So far, streaming players have not managed to compete in sports.

For people who don’t have fast internet, the lower-priced DStv packages are still a good deal.

Inertia is a powerful force. Just because a better deal is available, doesn’t always mean people will change. In the US, there are still two million people who pay for dial-up internet every month.

It is interesting to compare DStv with Vodacom. Both are mature, highly profitable businesses. The most significant difference is that Vodacom is more capital-intensive: Capex ÷ revenue has averaged 13% for Vodacom versus 4% for DStv. DStv has grown free cash flow at a slightly faster rate since 2007, as shown in Graph 1. 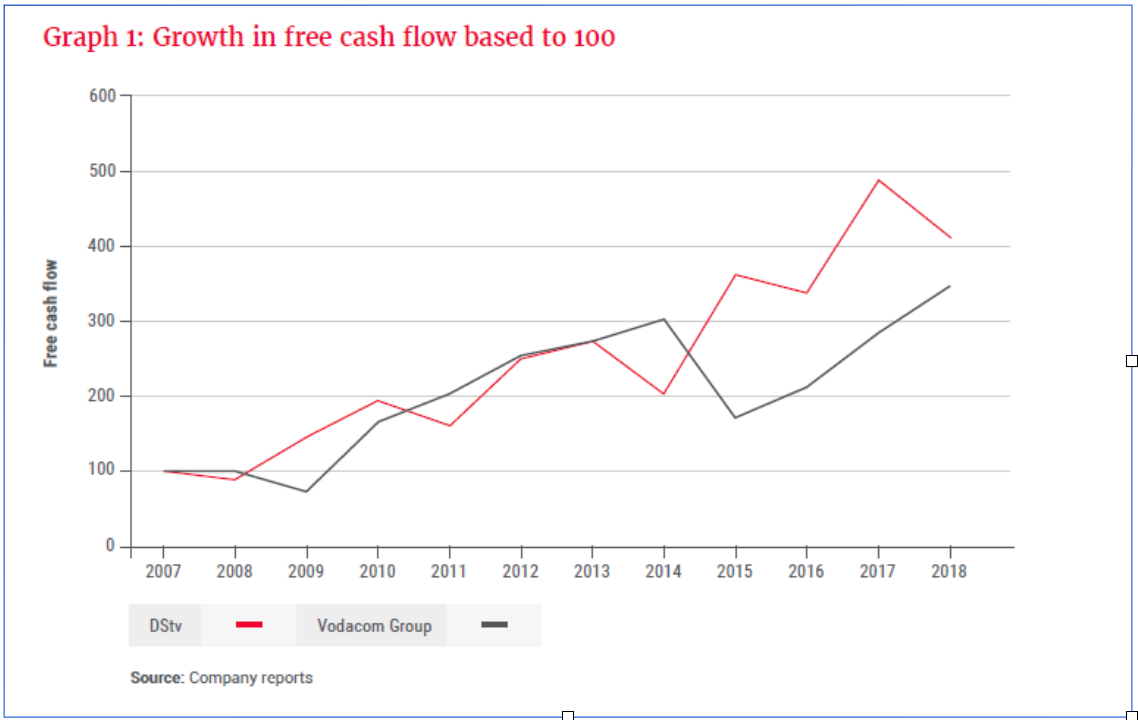 Despite the businesses being quite similar, Vodacom trades at a 50% higher price-to-free-cash flow than MultiChoice – ignoring the Rest of Africa business. To my mind, it is an open question which company will be able to grow free cash flow the most over the next 10 years. DStv has better pricing power, but the competitive landscape in cellular will probably be more stable than for TV.

Who is the seller, and why are they selling?

A final consideration: Before buying a share, it is always a good idea to ask yourself: Who is the seller, and why are they selling? In the case of MultiChoice, many of the sellers are international technology investors who own Naspers and received MultiChoice through the unbundling. They aren’t interested in pay-TV. Over the first few days of the listing, they were selling MultiChoice shares indiscriminately. Fully 22% of the company changed hands in the first five days of listing, at a much lower price than where it is currently trading. Often such a scenario provides a happy hunting ground for a value investor willing to do the work required for a thorough understanding of the asset. BM

Jacques Plaut is a portfolio manager with Allan Gray.