What's in a name? Old 'woeries' share thoughts on schoo... 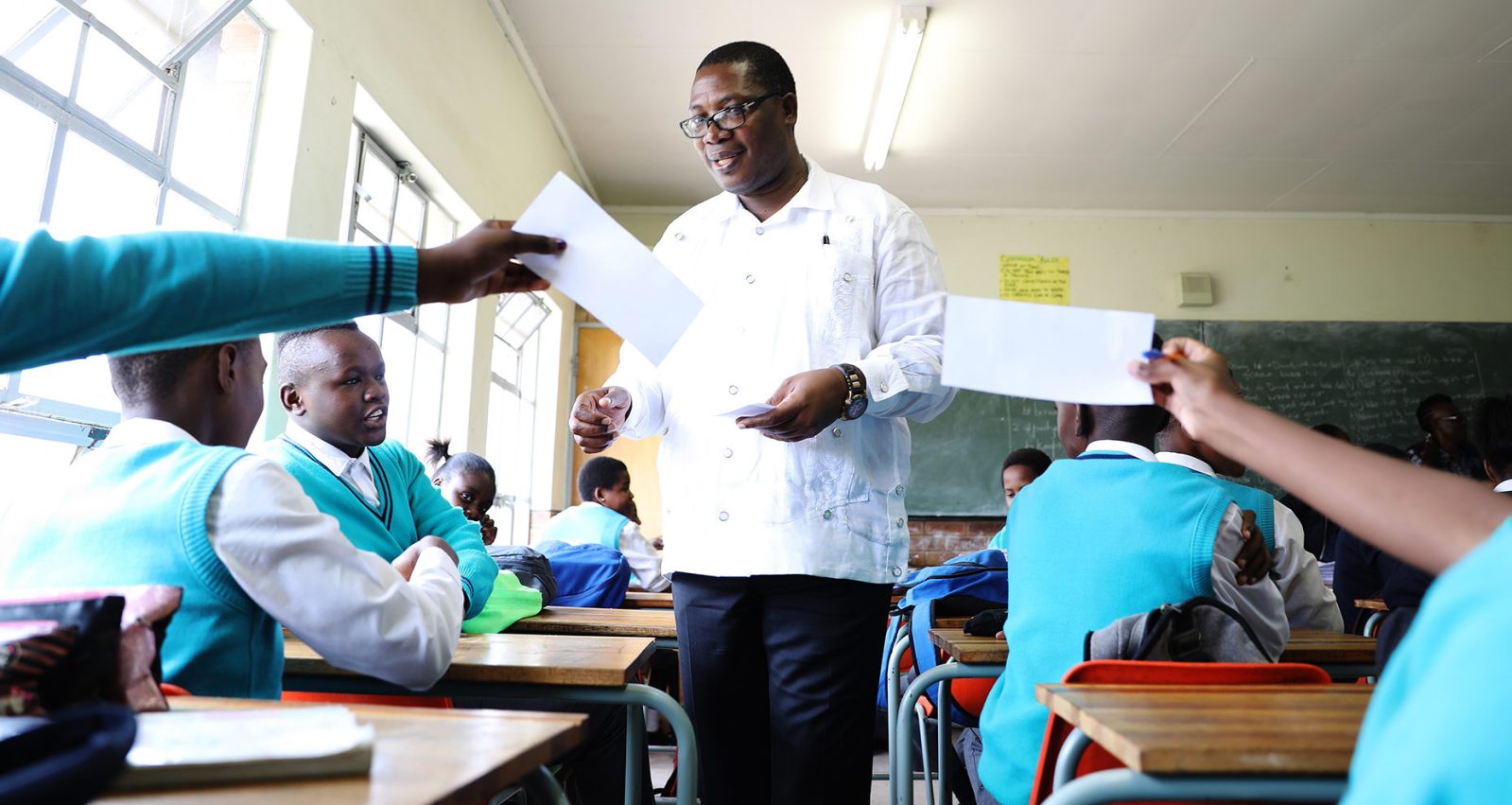 Höerskool Hendrik Verwoerd pupils are divided after Gauteng Education MEC Panyaza Lesufi announced that the school, named after "the architect of apartheid", would be renamed.

Some former pupils, referred to as “woeries”, were not pleased about the renaming of the school but others said the name did not define the school.

It is being renamed Rietondale Secondary School.

“Who is Rietondale? Is he not white? Was he not part of apartheid? That school is in the area of Gezina. Rietondale is a suburb above that area,” Siyavuya Madikane, who matriculated in 2004, told News24.

Madikane added that everyone was in agreement that a name change was necessary, but that he thought Lesufi had a political agenda and that it wasn’t really about creating unity.

Last Monday, Lesufi announced on Twitter that the school renaming had been approved.

He wrote: “Today, we formally approved the renaming of Höerskool HF Verwoerd to Rietodale Secondary School. My mission in this world is to reverse everything this man called Verwoerd has done to our education system. Others (sic) names like Jan Smuts will also fall #NomoreHöerskoolHFVerwoerd. We all agree that the name must be changed.”

However, Madikane said the announcement made it seem like there was an “apartheid school that didn’t want to change”.

“That’s the danger with politicians. They grab the headline-making stuff and run with it,” he said.

He added that the way the announcement was made also gave parents the impression that the school wasn’t good for their children, which was not the case.

“We had Afrikaans friends while we were in the English side and we would have proper conversations and hang out. People still hang out even now, 14 years later, across racial lines,” a proud Madikane said.

He admitted that being a pupil at the school did not come without its difficulties and said there were many times that he had to defend the school during gatherings with his peers.

“Kids from Mamelodi even study at HF [Verwoerd] and they become something after that. They go to university and compete because they have gone to a good school that delivers.

“We even used to call ourselves woeries. We would even sing songs. We were free. There was not even a day when we felt discriminated,” Madikane added.

Another pupil from the class of 2004, Thapelo Kgwete, said although he was happy about the name change, he did not like the name Rietondale.

He added that he thought the process was emotionally charged and that more stakeholders should have been involved.

However, Kgwete said he was not convinced that it was the best name that they could have come up with.

“They could have maybe named it to Pretoria Academic or something. I’m just not happy with the current [new] name,” he said.

Kgwete pointed out, however, that it shouldn’t be forgotten that the school is one of the best in Pretoria.

“When I started high school, preference was given to the white folks, of course, because they dominated us. Afrikaans dominated here and there. But I never experienced racism at all while I was there,” Kgwete said.

Meanwhile, Mpho Matloporo, another 2004 alumni, said he felt Rietondale was a much better name than Höerskool Hendrik Verwoerd.

He said many pupils would avoid conversations about the school.

Despite this, the school culture worked well and pupils made friends despite differences in their mother tongue.

“It has taken a long time for the name to change, but I guess it’s better late than never,” said Matloporo.

On Wednesday, the school’s former principal, Hennie du Toit, spoke to News24 and explained that after 1994, when the school became multi-cultural, there were debates about a name change.

The SGB, parents and the community decided that a name change was not necessary.

“People felt that at that stage, it was not necessary to change the name of the school, mainly because they felt that the testimony that we, as a well-functioning, multi-cultural school under the name of Hendrik Verwoerd, makes a much bigger statement than a new name would make,” said Du Toit.

‘Some kids were rich, some came from middle-class families’

Rafat Aly, who matriculated in 2017 and was a head boy at the school, said the new name was better. But for him, it didn’t make a difference.

“The name wasn’t what the school was about,” he said.

Aly said during his time at Höerskool Hendrik Verwoerd, he never experienced segregation. Instead, he lauded the school for being diverse, adding that he was friends with people from different cultures.

“Some kids were rich, some came from middle-class families. It was very diverse,” he said.

Aly added that, at the time he was at the school, everyone got along well. He recalled that at some stage, they were informed in a meeting that the school had applied for a name change.

Lee-Roy Davids, who moved from Cape Town in 2003 said he never had a problem with the name, but welcomed the change.

“It’s a new chapter. Out with the old and in with the new. I mean, what the school taught us was not based on Hendrik Verwoerd,” Davids said.

Davids, who matriculated in 2006, said being at the school was difficult at first, but he adapted.

“There weren’t many coloureds. I think there were one or two coloureds at the school. But I have never felt that race was ever a problem in the school. DM