I’ve reported on Narendra Modi for more than a decade...

I’ve reported on Narendra Modi for more than a decade. His Hindu nationalist ideas will be even more dangerous now 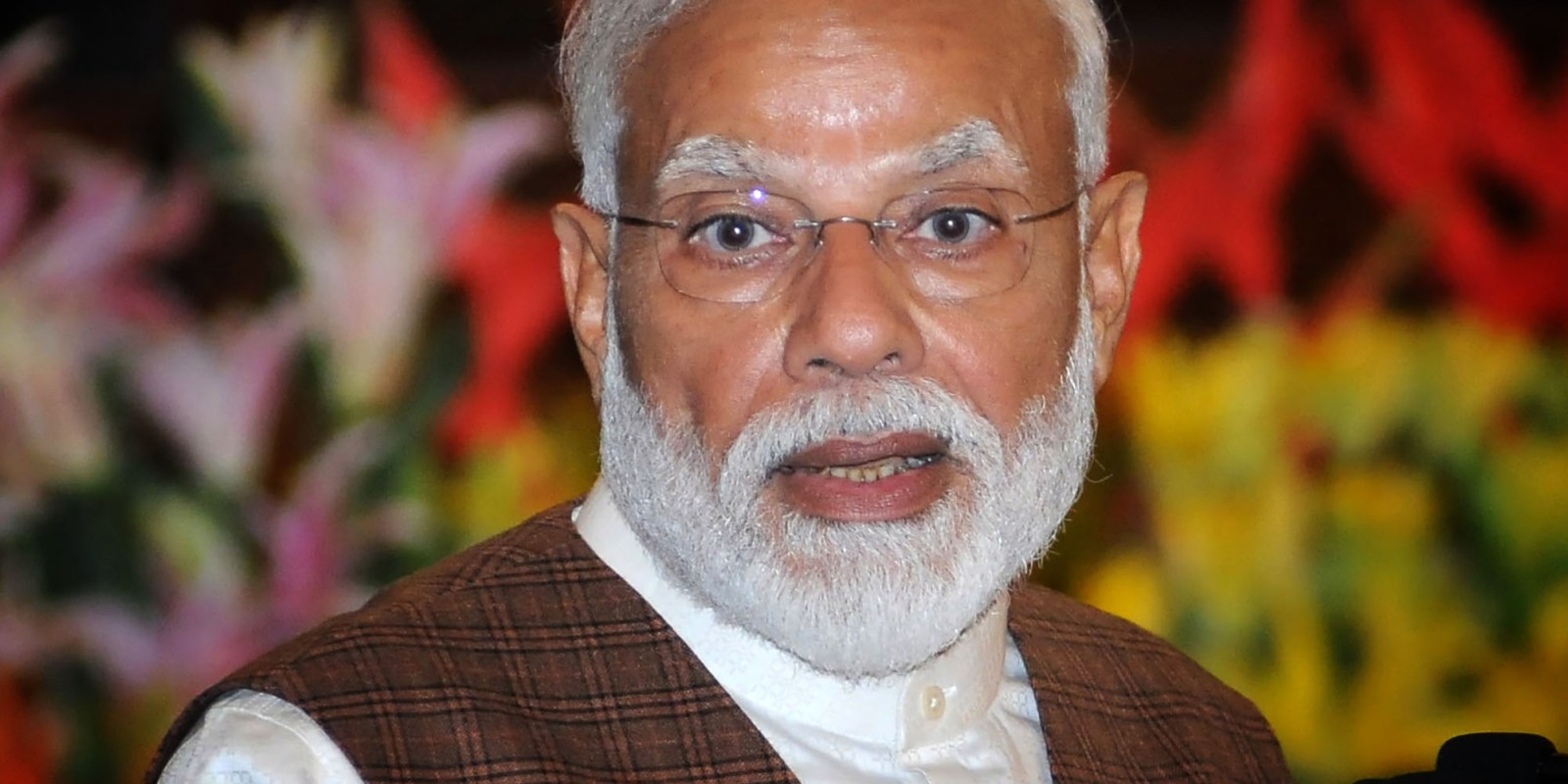 When the results started trickling in on Thursday showing Indian Prime Minister Narendra Modi and his Hindu nationalist BJP government were set for a landslide victory after a divisive and polarising campaign, I was not shocked. As a journalist, I have covered Modi’s career since his days as the chief minister of Gujarat and know his strategies all too well.

The defining image of the Indian election results was not of Narendra Modi’s speech in Delhi; it was of Pragya Singh Thakur, dressed in saffron robes, waving at a large crowd after a massive electoral victory.

Thakur, a Hindu priestess from the northern Indian state of Madhya Pradesh, is best known for being charged under a terror law for conspiring and carrying out the 2008 bomb blasts in a Muslim-majority city of Maharashtra that left 10 people dead. She swears allegiance to a radical Hindu outfit called Abhinav Bharat that aims to establish a Hindu rashtra (state) and the supremacy of Hindus not just in India but also extending to the neighbouring states of Pakistan and Nepal. A week before her constituency went to vote, Thakur hailed Nathuram Godse — the man who assassinated Mahatma Gandhi — as a patriot. (In the Hindu right-wing worldview, Gandhi is often seen as a Muslim sympathiser.)

It’s ironic that India will celebrate the 150th anniversary of Mahatma Gandhi’s birthday in the same year the Bharatiya Janata Party and its Hindu nationalist leader will induct Thakur in the Indian parliament, seeing their victory as a mandate for their majoritarian policies.

The narrative is strikingly similar to what I saw nearly a decade ago. In 2010, I went undercover for eight months to investigate the complicity of the state in the 2002 anti-Muslim riots and the extrajudicial killings of Muslims who were labelled as terrorists.

In a span of eight months, posing as a student from the American Film Institute Conservatory, I spoke to almost every bureaucrat and official working under Modi. I learned that Modi wanted to be seen as a Hindu leader under attack from Muslims. His 12-year term in Gujarat was seen as the victory of Gujarati asmita (Gujarati pride), with crowds welcoming him at electoral rallies.

That wasn’t the first time I reported on Modi. In 2007 as a reporter covering his provincial election, I sat in the front row of his debut election rally for the assembly elections in the state — his first election after the Gujarat riots. Modi sat next to his then minister of state for Home, Amit Shah, now the president of the ruling party. He held the mic on the stage and asked the crowd, mainly made up of women and upper-middle-class Gujarati traders: “What do you want me to do with a man like Sohrabuddin?”’

The crowd replied unequivocally and unanimously: ‘Kill him’.

Mr Modi was referring to the 2005 killing of Sohrabuddin Sheikh, a petty criminal labelled by his government as a terrorist. It seemed Sheikh and his wife were murdered by Gujarat police, but after the case was taken to the Supreme Court, India’s central investigation agency discovered that the killing had been a fake encounter, an extra-judicial murder staged by the state.

Instead of respecting the findings of the agency, Modi made it a clarion call about being a victim of minority appeasement by the Congress-led government in Delhi. At every campaign from then on, he told crowds that the Delhi Sultanate (Congress government ) wanted to punish his officers and ministers for shielding him from a Muslim terrorist who had entered Gujarat to attack its sovereignty. A travesty of justice became Modi’s trump card: Another Muslim man was made the enemy of the state, and that summer he was re-elected chief minister.

The result of the 2019 general election in India has been won on the tried and tested plank that Modi has mastered in the past two decades of his political career. It is a strategy that paints the immediate threat to the Indian nationalist as the “infiltrator,” “termite,” “outsider” — all oblique references to the Indian Muslim.

As I covered the 2019 elections from Maharashtra to Uttar Pradesh the sentiment on the ground was less subtle than the messaging in Modi’s speeches. From a taxi driver in Mumbai to the man who ran a government canteen in Lalganj, they were happy that the “topiwalas” (Muslims) had been shown their place.

The campaign yielded results. In the states like Assam and West Bengal, with a significant Muslim population where BJP struggled to make inroads, the party won in double digits, a historic mandate.

In both those states, the campaign centred around BJP’s newly amended Citizenship Amendment bill which allows citizenship to persecuted minorities in neighbouring states except Muslims. The social landscape of Assam and West Bengal has historically remained tense due to the influx of immigrants from neighbouring states. By giving it a communal angle and promising to not allow Muslim refugees in the state, the BJP managed to consolidate the disgruntled Hindu voter.

The National Register of Citizens (NRC), which the party introduced in Assam to throw out infiltrators, a reference to a sizeable population of Bengali Muslims, has been effective for the party. The BJP has now won a majority of the seats in Assam.

In Uttar Pradesh, the story is similar. It’s where BJP’s chief minister, the controversial right-wing monk Yogi Adityanath, has been criticised for his communal rhetoric during the campaign and Mr Modi’s hyper-nationalist speeches on the military strikes in Pakistan drew controversy. Now, the party has won more than 60 out of the 80 Lok Sabha seats.

While some of Modi’s flagship programme, including his campaign for allotting a toilet in each household, did work in Uttar Pradesh, the overarching narrative was expressed through the folk songs used in many BJP rallies. In one particular folk song, the lead singers talk of Modi being the only leader who can remove traitors and anti-nationals from the pure Hindu soil.

The fear and the polarisation witnessed in the past five years in India with lynchings and unpunished hate crimes and efforts to isolate Indian minorities through invoking Hindu Pride has had an impact in the voting pattern of Muslims.

In most seats with a sizeable Muslim population the Muslim vote has consolidated to the strongest opposition to the BJP in the constituency as opposed to the traditional choice of the opposition Congress party. Despite this, the Muslim community, which has a population of 190 million in India, has only 26 candidates in the Indian parliament in 2019, with no representation in the ruling party.

Meanwhile, the BJP has won a bigger majority in 2019 despite the failure of the ill-conceived demonetisation, a 45-year high in unemployment, lack of economic reforms, agrarian distress and a Prime Minister who conflates physics with his own theory of cloud radar for military strikes on Pakistan.

Modi’s BJP has not just decimated the Congress in its strongest bastions, but also defeated Congress President Rahul Gandhi in the family stronghold of Amethi. The Congress party found itself struggling with issues like corruption in the Rafale defense deal and a basic income programme that faded in comparison to Modi’s strongman appeal.

Narendra Modi has been re-elected as an aggressive leader who can redeem nationalist pride for a country that seems to be basking in his unabashed majoritarian assertion. The defining idea of Narendra Modi’s landslide 2019 victory is Hindutva, the ideology that defines Indian culture in terms of Hindu values. That could assert itself toward a dangerous conclusion in the next five years if left unchecked. DM

Rana Ayyub is an Indian journalist and the author of Gujarat Files: Anatomy of a Cover Up.