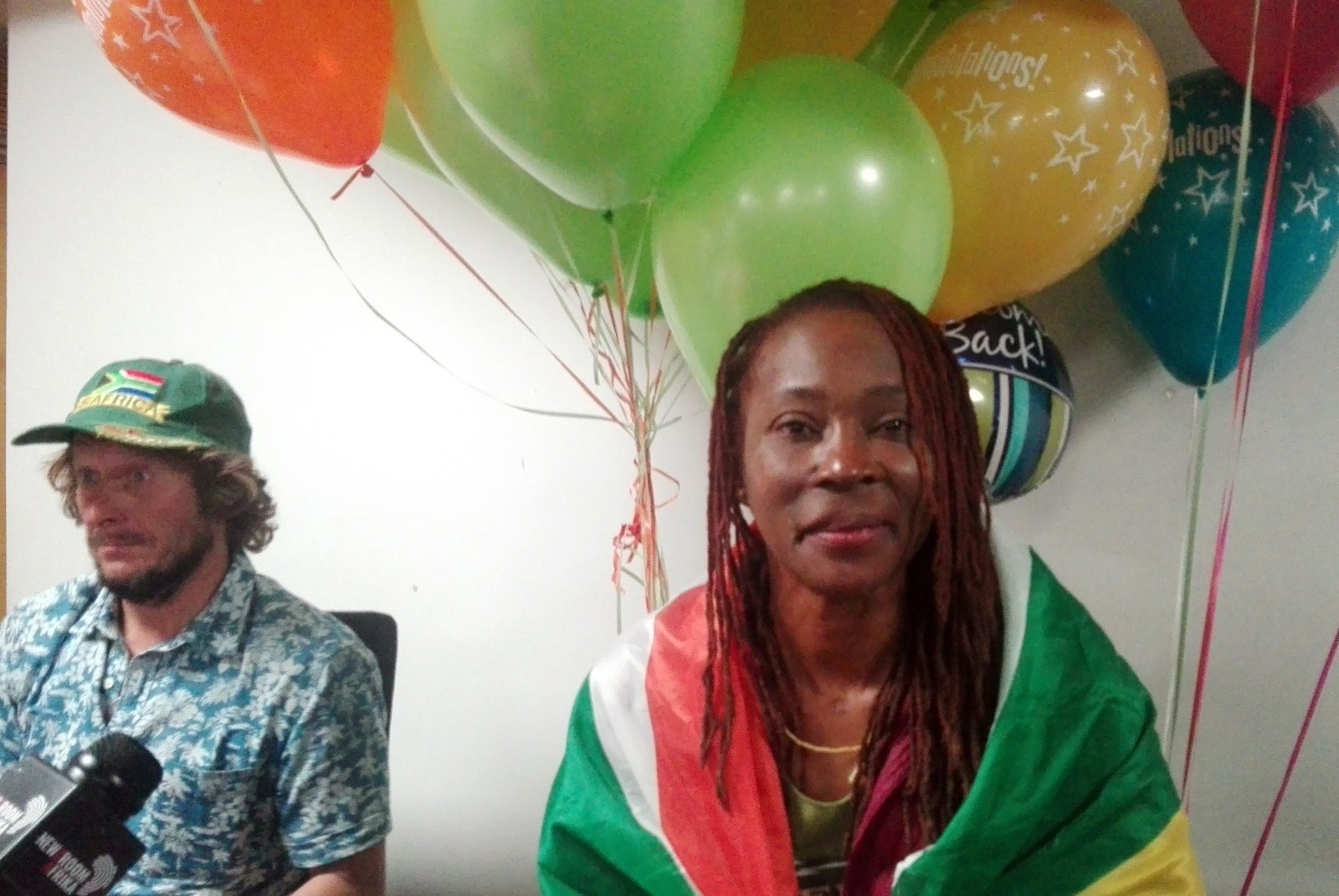 The atmosphere was electric at OR Tambo International Airport, in Johannesburg, as a throng of fans of mountaineer Saray Khumalo sang, danced, and blew whistles while awaiting their heroine’s imminent arrival.

This after Khumalo conquered the foreboding Mount Everest.

Khumalo was successful in what was her fourth attempt in scaling the mountain, which has an elevation of 8.848m.

“I believe that in a small way I took every African with me to the top. I wish this summit will inspire the African child to reach their own personal summit” said Khumalo.

Previously she had been hampered by various factors, ranging from an avalanche that killed 16 people in 2014, a massive earthquake in Nepal in 2015, and finally, strong winds and frostbite that led to her abandoning the summit in 2017.

However, after a 26-day journey, she finally conquered Everest when she reached the summit on 16 May 2019.

Khumalo thanked everyone who had supported her, including her family, friends and strangers who follow her on social media. She reserved special thanks for expedition leader, Irishman Noel Hanna, as well as her teammates.

“What people don’t realise is that this is a team sport, it is important to have the right team,” said Khumalo.

One of Khumalo’s teammates, another Irishman, Seamus Lawless, went missing during the four-person party’s descent, this after having reached the summit as well. After days, the search was eventually called off, with the belief that Lawless had fallen to his death.

Hanna and Khumalo said when the party had arrived at base camp after descending the mountain, none of them was in a celebratory mood. However, they soon made up their minds to instead celebrate not only their victory but the life of their fallen comrade as well.

The Department of Sport and Recreation (SRSA) also congratulated Khumalo, saying in a statement:

“This is part of our recognition of excellence programme coming from our Winning Nation Programme. We are ecstatic about the achievement of Saray Khumalo for summiting Mount Everest as the first black woman, which will go well to amplify the #womandla part and also assist in eliminating patriarchy as far as women taking part in sport and other important activities”.

Director General of SRSA, Alec Moemi, was in attendance. And he lauded Khumalo for being a role model for young girls, adding that the department was working very hard at investing in women’s sports for the future.

Khumalo, who likened mountain climbing to driving on the freeway because an accident can happen at any time, donates funds raised from her conquests to charity.

One of those is the non-profit organisation, the Dr Doctor Thandi Ndlovu Foundation; which puts orphaned and vulnerable children through school.

Khumalo said through climbing Everest, they had raised R135,000.

This was Khumalo’s fourth conquering of the seven highest mountains in the world. Previously she has reached the summits of Mount Kilimanjaro in Tanzania (2012), Mount Elbrus in Russia (2014) and Mount Aconcagua in Argentina (2015). DM