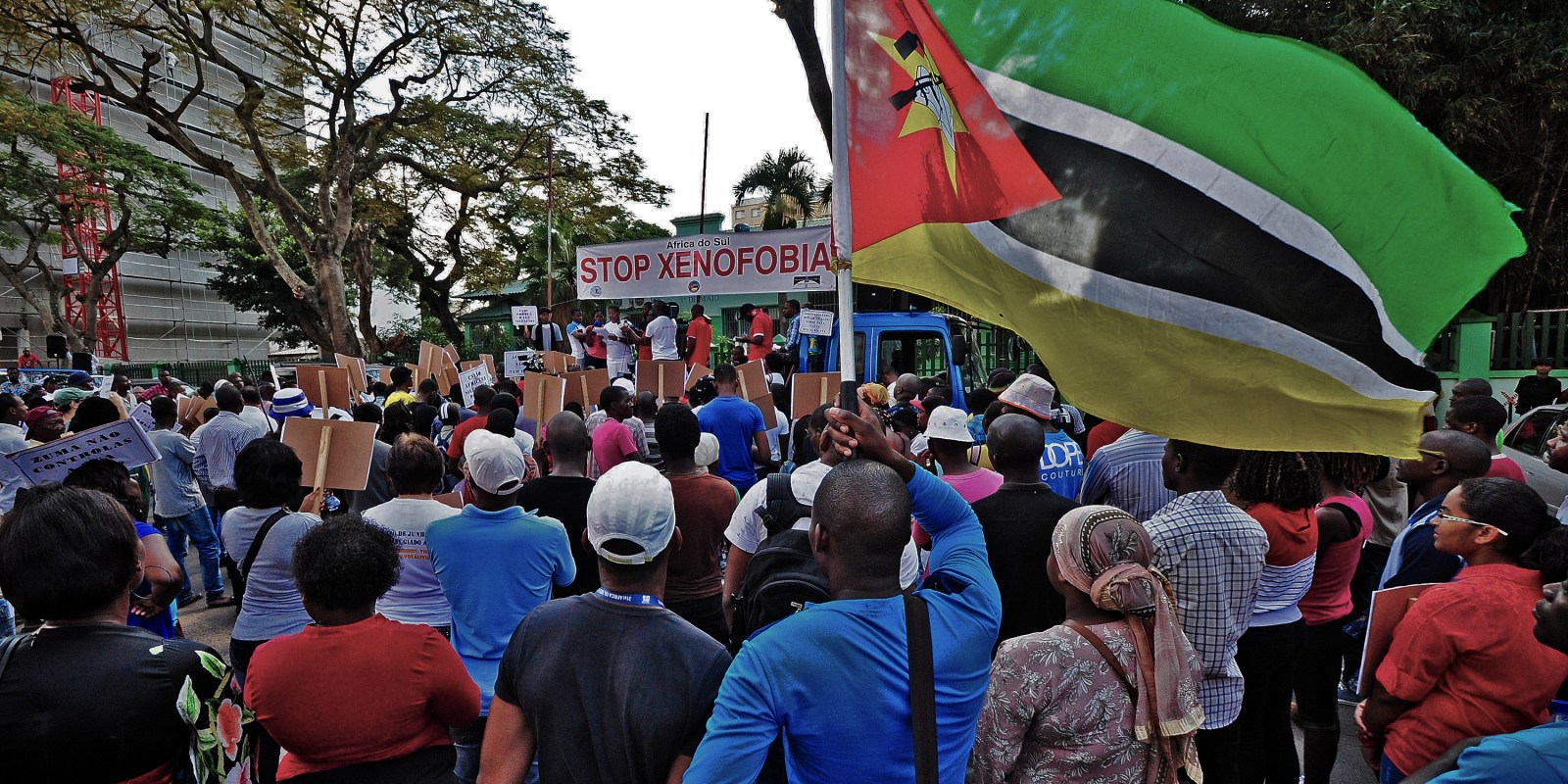 Hundreds of people gather in front of the South African Embassy to protest against the recent xenophobia incidents in South Africa, in Maputo, Mozambique, 25 April 2015. Photo: EPA/ANTONIO SILVA

President Cyril Ramaphosa’s inauguration, scheduled to coincide with Africa Day on 25 May this year, intends to highlight ‘government’s commitment to advancing the African agenda and to strengthening ties between South Africa and its neighbours’, according to The Presidency. However, the xenophobic outbursts in April a month before the national elections – and the challenges to responding appropriately to the crisis highlights the difficulty of fully integrating this message into government policy.

Xenophobia is not an issue that South Africa can afford to obfuscate about as “acts of criminality” – as it has since May 2008 when violence against foreigners from mainly other African countries first sparked national and international attention after 67 people were killed. Apart from the fact that human lives are at stake, the crisis continues to erode African confidence in South Africa’s leadership capability – with a potential to negatively impact its global foreign policy ambitions too.

According to a report by the xenophobia monitoring group, Xenowatch, between 1994 and 2018, there were 529 xenophobic violence incidents that resulted in 309 deaths, 901 physical assaults, and over 100,000 people displaced. Attitudinal surveys abound that document how widespread our xenophobic attitudes are in South Africa – cutting across racial and class lines.

While it may seem trite to bicker over terminology in the face of rape, murder and assault – a failure to properly diagnose the problem also leads to a failure to comprehensively address it. For instance the “National Action Plan to Combat Racism, Racial Discrimination, Xenophobia and Related Intolerance” developed in line with recommendations from the Durban Declaration and Programme of Action following the 2001 World Conference against Racism, Racial Discrimination, Xenophobia and Related Intolerance, not only fails to situate xenophobia in South Africa’s historical context, it ignores the role that political leaders have played in inciting xenophobic-related violence.

The controversial statements made by Zulu King Goodwill Zwelethini, urging foreigners to return to their homes, while falling short of hate speech, were still deemed by the SA Human Rights Council to be “hateful and harmful”. In April this year, seemingly “afrophobic” remarks made at a rally by President Cyril Ramaphosa in KwaZulu-Natal were being widely circulated on social media as the wellspring of the violence targeting Malawian migrant communities in Durban.

Even if the president’s comments were taken out of context, one cannot ignore the frequency with which South African politicians (across the spectrum) have stepped out of turn on this. The Democratic Alliance, on the back of a number of controversial remarks by Johannesburg’s Executive Mayor, Herman Mashaba, thought fit to campaign with the slogan, “Secure Our Borders”. This is the milieu in which President Ramaphosa will assume the reins to lead the country today.

A government programme of action that is focused on promoting investment and economic growth, like the one spearheaded by President Ramaphosa, cannot ignore the economic opportunities presented by the rest of the continent. As a region, Africa now constitutes a little over 26% of South Africa’s exports and has proportionally become the single largest market for South African value-added goods.

The African Continental Free Trade Agreement (AfCFTA) has come into effect a few months ahead of South Africa’s assumption of the chairmanship of the African Union in 2020. This poses an opportunity for more focused work on expanding intra-African trade. If South Africa is to lead the development of the AfCFTA to its ultimate conclusion – a single continental market for goods and services, with free movement of business persons, and investments, paving the way for the establishment of an African Customs Union – it must do so on the back of comprehensive and proactive domestic programmes that tackle the root causes of xenophobia in South Africa. Failure to do so threatens the success of this project and the long-term ambitions for developing the continent.

The country has worked hard in the past to represent Africa in global forums like the G20 and World Trade Organisation – and to bring African issues onto the global agenda. Similarly, it was the first country to introduce a summit-level outreach between BRICS and African leaders in 2014 – indicating a genuineness to extend the benefits of its membership to others. But how can South Africa purport to have the continent’s best interests at heart, when it continually fails to keep Africans safe within its own borders?

Tackling xenophobia at home once and for all must be a priority for President Ramaphosa in his new term. Doing so ought to include interventions that address the root causes of xenophobia. That would include addressing labour disparities, curbing misinformation about service delivery and broadly educating citizens about the rights of migrants and refugees living in South Africa. Succeeding in these activities necessitates greater collaboration between government and civil society organisations – and holding political authorities to account for the irresponsible things they say. DM

Aditi Lalbahadur is the Foreign Policy Programme Manager at the South African Institute of International Affairs.