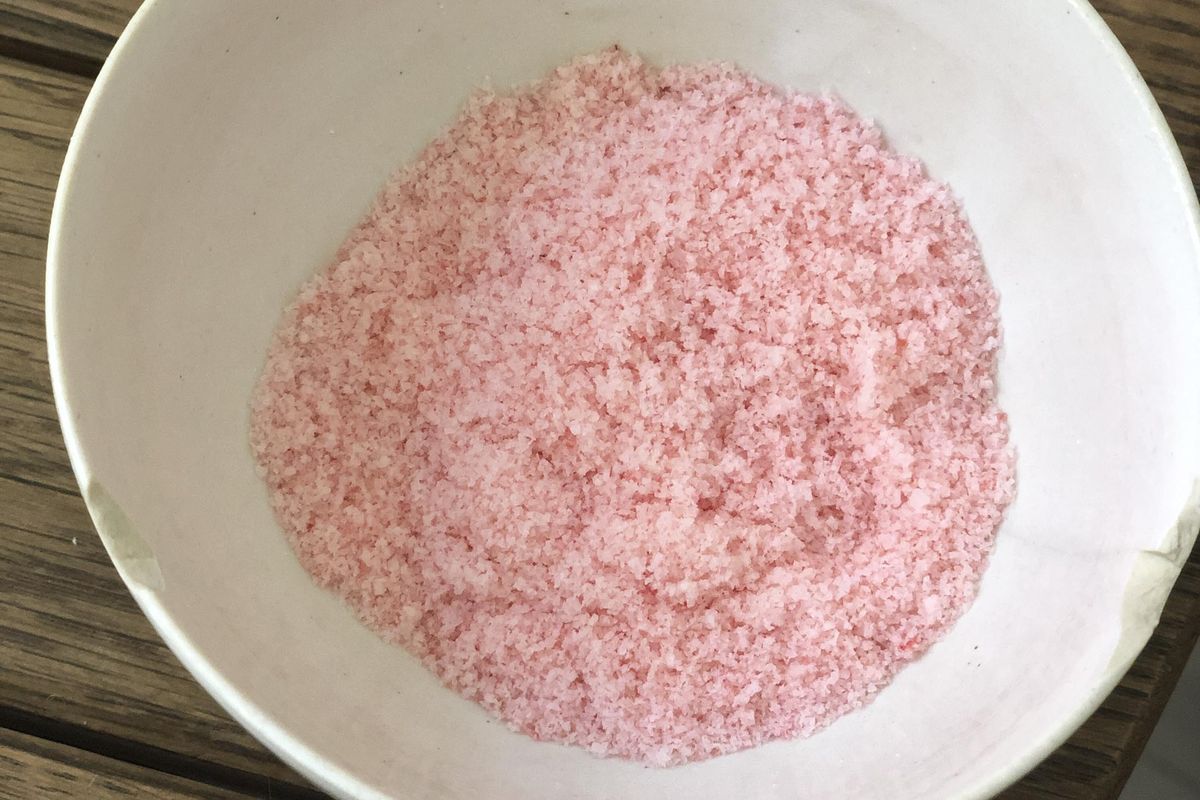 Over the past few years, salt has mysteriously disappeared from restaurant tables throughout the US. Meanwhile, sales of gourmet salt have been on the rise.

The salt market in the US is expected to grow globally by 6.1% over the next six years, from $1.1-billion to $1.51-billion, by 2023, according to market research group Mordor Intelligence.

The culprits, it turns out, are chefs and bartenders who are spiking the seasoning with everything from lemons and fennel to blood oranges and ramps.

Seasoned salt is not new – Lawry’s has been marketing it for 81 years – but the care and time that professionals are putting into singular versions has never been higher. The reasons are varied. For one, it’s a quick way to invigorate a dish’s flavours, and, if mixed with a striking, coloured ingredient, it also transmits visual, sometimes aromatic charms. And it’s simple: All you need do is reach into a bowl, one that might already sit alongside the regular salt, to change a dish’s flavour.

At the new Terrace at the Times Square Edition, chef John Fraser is dehydrating wine to make Merlot salt to serve alongside grilled beef.

“It felt appropriate,” he says, “as red wine is usually paired with red meat.”

“Flavoured salts are especially good to finish a dish,” she says.

“It’s the first pop of flavour you experience when you take a bite.”

James Wayman, chef at Grass and Bone butcher shop in Mystic, Conn, makes his own salts to keep up with increased demand for flavoured versions. Among the seasonings he creates is a ramp-infused one, using the delicate onion that helps announce the arrival of spring.

“It’s especially interesting because it changes over time,” says Wayman.

Il Buco’s Madson uses imported flavourings such as wild-fennel salt, which he sprinkles on porchetta.

“The flavour is like walking in the country,” he says.

The salts he likes best are flavoured with highly aromatic ingredients such as lemons, oranges, and capers.

But as much space as seasoned salt is taking up in professional kitchens, it’s even bigger at bars. Chef Alex Stupak of the mini restaurant empire Empellon has built an arsenal of seasoned salts such as a vivid, green one made with the Mexican herb hoja santa, which adds a sassafras flavour to green salads.

The majority of Stupak’s salts, however, serve to power cocktails. There are always six to eight flavoured options, including a saffron-laced salt designed for margaritas, behind the bar of his Empellon midtown Manhattan restaurant. New this season is strawberry salt, developed in response to customer demand for a drink he didn’t want to serve: strawberry margaritas.

“They are such a norm-core thing,” he says, “but strawberry salt gives the drink a savoury edge and makes it much more interesting.”

An added benefit of having flavoured salts displayed alongside cocktail mixers is their bright colours.

“They’re fun to look at,” he says. “It’s visual marketing when people pony up to the bar.”

Nick Bennett, beverage director at Cedric’s at the Shed, says that bartenders are taking inspiration from chefs.

“Take a look at Salt Bae,” he says. “If only we all could finish a cocktail with such flair.”

Bennett mixes daiquiris with falernum (the Caribbean liqueur) that he’s seasoned with salt, and he creates a very precise black-olive salt that he uses for his Wild Red Snapper cocktail, the sophisticated version of sloppy Bloody Mary rimmed glasses seen at bottomless brunches.

But the award for maximum salt in a cocktail goes to Salvatore Tafuri, beverage director at 701West at the Times Square Edition, where Fraser is also the chef. The Ay Chihuahua is a jacked-up margarita displayed on a patch of wheat grass and garnished with edible flowers, each holding a different flavoured salt: dried chilli and lime, sun-dried tomato, and a classic smoked salt. He says guests are putting down their cameras long enough to sample each one separately. DM