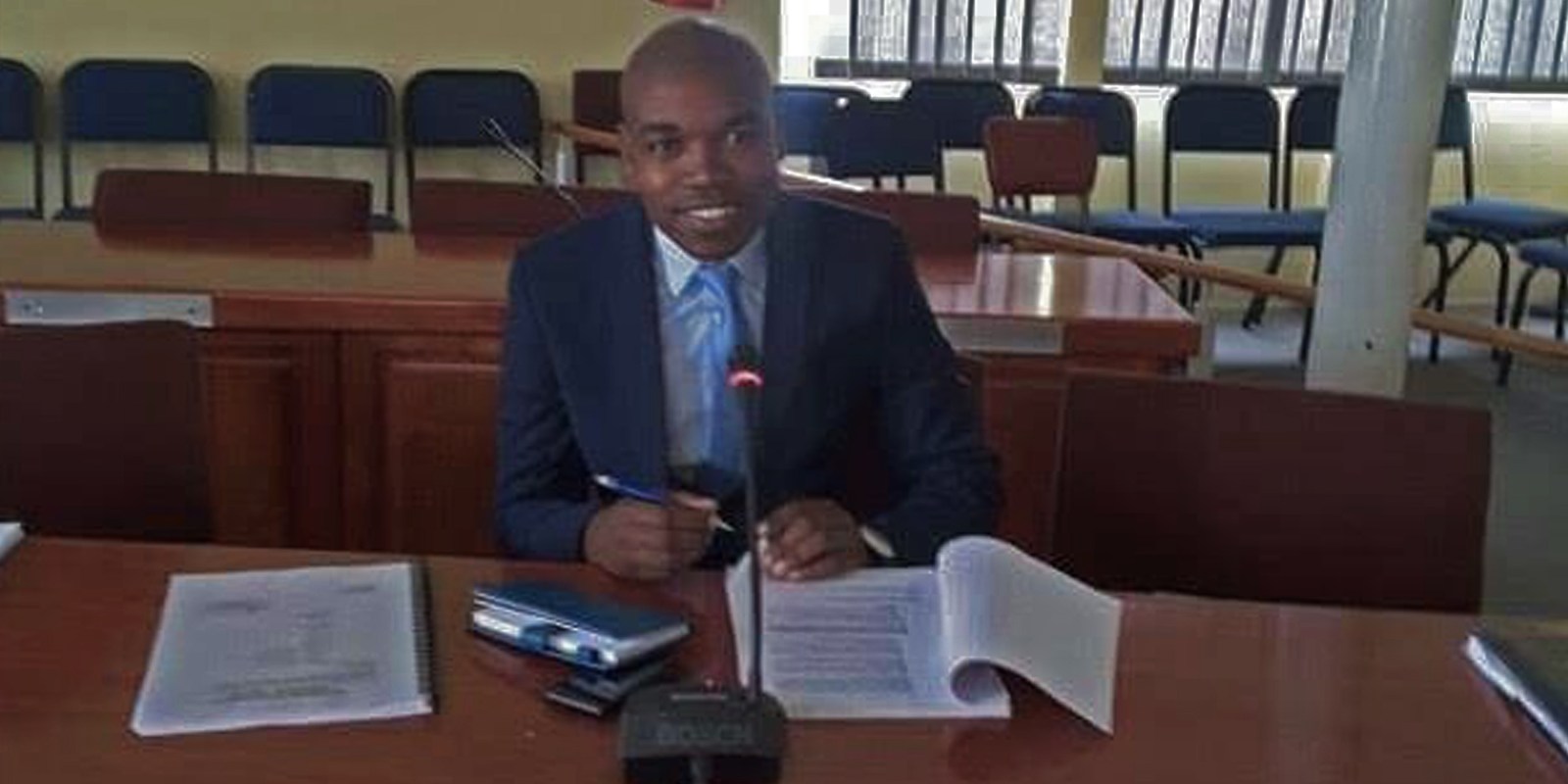 Sibongiseni Ngcobo, 23, is the youngest Member of Parliament in the National Assembly and is confident with the DA behind him, he can address issues of youth unemployment and student funding at universities. Photo: supplied

At 23, Sibongiseni Ngcobo of the Democratic Alliance became the youngest member of the National Assembly when he took the oath of office before Chief Justice Mogoeng Mogoeng on Wednesday 22 May. Taking his seat in Parliament is a dream come true for the KwaZulu-Natal-born man.

Primary school classrooms are filled with colourful posters, maps of the world, and sometimes mathematic explanations. For Sibongiseni Ngcobo, one of these posters would spark a life-long desire which would lead him to a seat in South Africa’s sixth Parliament.

Ngcobo was born in Bulwer in southern KwaZulu-Natal in 1995, a year after South Africa’s first democratic elections. And as early as Grade 6, he recalls how he began to take an interest in politics.

He can’t recall who was on the poster, but says it was what created in him an interest in how governments worked, an interest in political figures and a belief that history as a subject would shape his thinking.

A love of history gave him the opportunity to learn more about Nelson Mandela and Martin Luther King, who would later become his political idols because of their belief that all lives matter and because of the changes they were able to effect in their lifetimes.

“Both of these leaders, one from America and one from here at home, wanted to bring everyone together. All people, from all walks of life. They said, let us build a future together, let us not allow circumstances or conditions to not allow us to build that future. Let’s work together to build a united nation,” Ngcobo said.

After matriculating in 2012 (with 100% in history), Ngcobo enrolled at the University of KwaZulu-Natal (UKZN) where he majored in politics, law and philosophy. He graduated with a Bachelor of Arts degree in 2015.

During his time at UKZN, a lack of variety in political student organisations, as well as the lack of representation in the South African Students Congress (Sasco), led him to establish UKZN arm of the Democratic Alliance Student Organisation (Daso) on the Pietermaritzburg campus.

“I wanted students to have an alternative option. What I also noticed was that Sasco only represented specific race groups on campus and didn’t care for others. I wanted to build a student organisation that would cater for everyone; black, white, Indian and coloured,” Ngcobo said.

And when Ngcobo first applied for Daso to be recognised as an organisation, he had to take it to the SRC as it was the only body that could approve the application. The SRC rejected the application, but that did not dissuade Ngcobo. He appealed to the university’s Recognition Appeals Committee (a committee on which some management staff members sit) which then led to Daso becoming a recognised organisation on campus.

Daso contested the SRC elections, which led to Ngcobo being elected to the SRC, where he held the position of academic and transformation officer for two consecutive terms.

“In 2016, during my second term on the SRC, I was elected as a DA councillor in Richmond Municipality during the 2016 local government election,” Ngcobo said.

While serving as a councillor, he applied to the DA’s national structures to be an MP for the party in the National Assembly, an internal process that he describes as “clean and fair”.

Ngcobo does not see his age as a hindrance, simply stating that it is now time for the youth to have more of a voice in politics.

A key focus of his term will be experiences that he is familiar with.

“As I was a student, I know first hand what problems arise in terms of funding and that is something that needs to be tackled. I also want to tackle the fact that over 50% of young people are unemployed. But I know that with the support of my DA caucus, we will be able to tackle these issues. But as the youngest MP, I don’t feel pressure, I feel excited,” Ngcobo said. DM