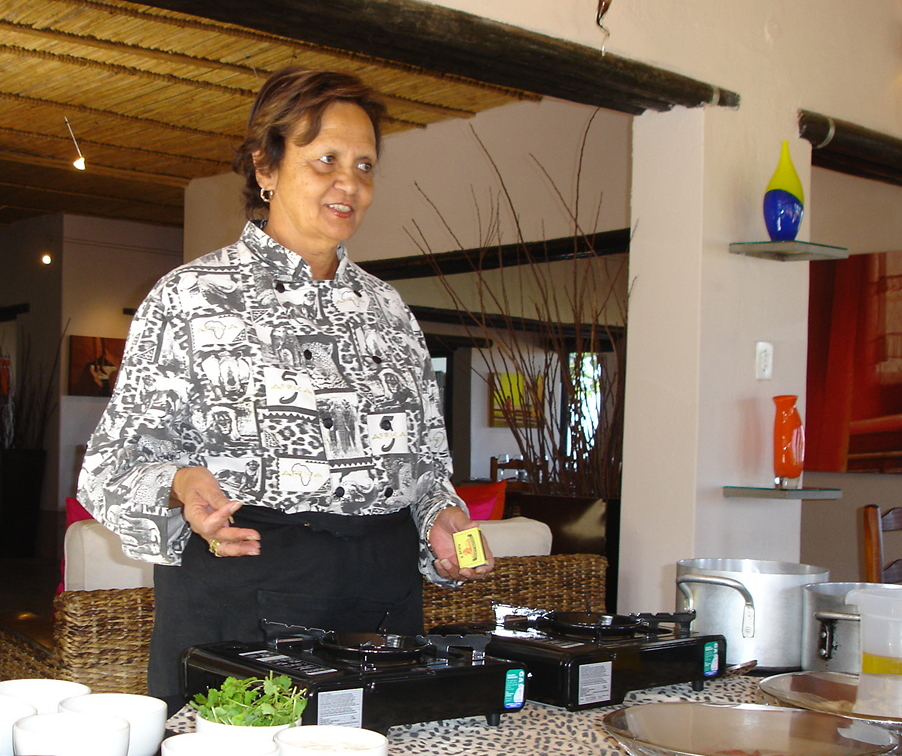 A silent revolutionary in Cape cuisine, Cass Abrahams is determined to pass on the baton and believes the younger generation should step up and be custodians of the legacy.

How about a woman in the kitchen? Nope, that’s not what passes for subversive these days. Doesn’t really have the same catchy appeal.

I attended the first SA POC At The Table conference in Cape Town in February, a gathering of people of colour in the food and beverage industry in South Africa – chefs, producers, activists, sommeliers and media.

Cass Abrahams was invited to speak as she is an icon in the industry. After lunch was announced she firmly declared that there was no such thing as vegetarian briyani. During the meal she walked past us and told my friend, who was eating with her hands: “It’s very civilised the way you are eating instead of using dirty cutlery.”

This feisty spirit and plain speaking made me even more of a fan even as I tried to hide my spoon.

After a few weeks of trying to match schedules I ended up at her house talking about her food journey. Cass has no formal chef training and comes from an academic background with a BSc and a BA with Social Sciences Majors as well as honours in Psychology. After teaching for 17 years she decided she needed a rest and in her downtime started learning how to cook.

“I became interested mainly through my husband and the Cape Malay community, who are such ardent foodies. I started asking a lot of questions and one of the issues that interested me the most was, how did politics play a role in our food?

“I began investigating how our political structure influenced what we eat. I even took umnqusho (samp and beans) to Paris and cooked it at Galeries Lafayette Gourmet and it was the biggest hit of all the African dishes, everybody loved it. So I wondered why don’t people in the Cape Flats eat this food? It all comes back to apartheid, we were separated and alienated from our cuisine.”

Her anecdotes about living under apartheid are casually told, usually as context for another story. She shared the tale of having to obtain a permit to visit a couple at UCT who invited them for dinner because people of colour needed permits to visit white areas. The real story there was her friends advising them to eat something before dinner, otherwise they would leave hungry.

Another one is about having to share her recipes with someone else as she was not allowed to obtain a passport.

“In the apartheid years South African embassies used to like to have somebody stationed there who could cook South African food for their guests. The lady they chose to do that was a professor by the name of Renata Coetzee, who had written many books on the history of South African cooking. She was a great writer, but didn’t know anything about cooking, so she used to come to me and I used to teach her the dishes because I couldn’t go over myself.”

After South Africa gained independence, Cass was finally able to accept the overseas invitations that poured in. She tells of a trip to Denmark where she gave the team in that country a list of the ingredients she required. They returned with everything except pumpkin. When she asked why, the reply was that pumpkin was “pig food” and not eaten by humans.

“Before long I was on TV in Denmark telling them how stupid they are for ignoring this vegetable. I made pumpkin soup served in the shell, pumpkin fritters and pumpkin bredie. They loved it. Now people eat pumpkin in Denmark and that is the mark that I made.”

I joke that she might be the original influencer of our time.

A theme that comes up often is her running battles with the Chefs Association of South Africa. She uses a lot of swearwords in these conversations. A summary of their origins explained part of the fraught relations.

“In those times Afrikaner men didn’t work in the kitchen, there was a stigma attached to it. So the government brought in chefs mainly from Europe using incentives like a big house and car. Of course, they didn’t know anything about our cuisine so suddenly our food changed, becoming very European.”

After 1994 she pushed back against this narrative and started teaching people how to cook delicacies such as denningvleis, sabanang curry and penang curry. This initially didn’t go down well in her inner circles.

“In our community if somebody is an expert at cooking a specific dish they get a title, they are called a mooitjie kok and are considered special. These women never shared their recipes because that was their only source of power. Even my own mother asked me if I was sure about teaching Cape Malay dishes to outsiders.”

Part of the reason for this was to counter incorrect information being given out by the association, for example that South Africa had no national cuisine other than pap and shisanyama.

Even recently she finds the organisation problematic.

“I stripped my moer the other day when the president of the Chefs Association claimed that his favourite food was apple strudel, in a radio interview. I was so angry I was shaking. I called him up at the station to ask how he could be so inappropriate by not listing indigenous food, but he just dismissed me. ‘Oh, that’s just Cass again, she gets upset.’ I know I shouldn’t bother with them.”

Undaunted, Cass is still spreading the culture by offering cooking classes from her kitchen. When we were chatting she had just returned from catering for a wedding in Namibia. But she is determined to pass on the baton and believes the younger generation should step up and be custodians of the legacy.

“Not that it will be easy, even in the so-called free South Africa, because there are still very real barriers to entry. As a young person, formal training will never give you the opportunity to cook your own traditional food. I believe that is done deliberately to keep us in our place.”

In spite of this, she believes a truly decolonised kitchen is possible at home and in restaurants.

“What I would like to see happen going forward is for us to get our pride back in our food. We need young people with talent and imagination to come forth and do wonderful things with our old dishes. If you want to succeed, make your own food the way your grandmother did and never be apologetic about it.”

As a pioneer, chef, writer and agitator for change, Cass Abrahams is living proof that even silent revolutions are effective. DM