Algeria, Sudan and the power of protest 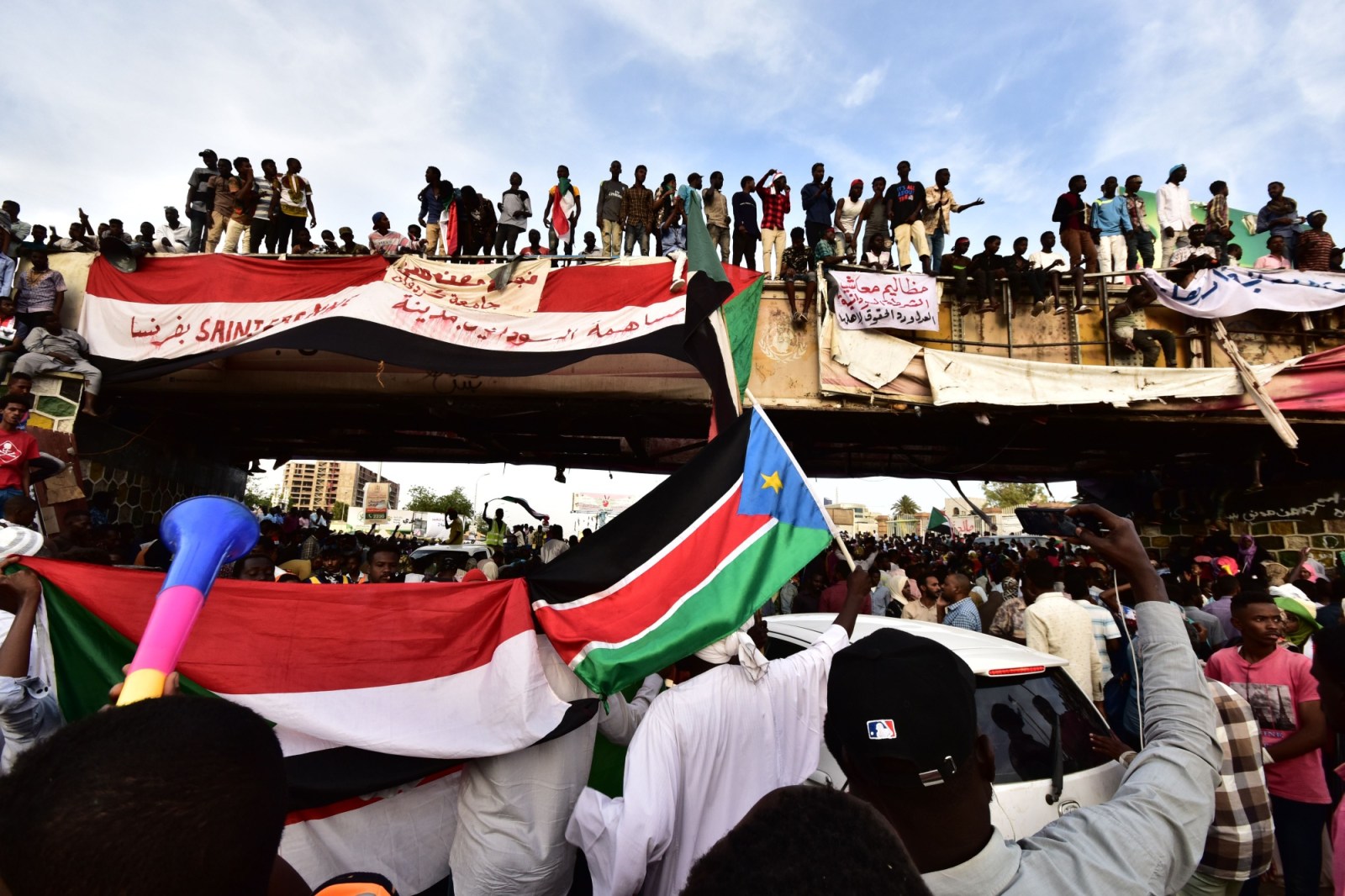 The future of Sudan’s recent peace deal hinges on a real change of heart by the military. (Photo: Ahmed Mustafa/AFP/Getty Images)

Recent events are a timely reminder of how much can be achieved through non-violent civil resistance. By Lily Welborn for ISS TODAY.

In the past two months, historic anti-government protests across Algeria and Sudan have forced their ageing autocrats to resign after decades of repressive rule. In Algeria, broad-based protests prompted by former president Abdelaziz Bouteflika’s announcement that he would run for a fifth term led to his resignation on 1 April. Ahmed Gaid Salah, army chief of staff and vice minister of defence, seized control of the transitional government, naming Abdelkader Bensalah, Bouteflika’s right-hand man, acting head of state.

The moves triggered further protests against le pouvoir – the military, economic and political elites who have effectively run the country for decades. The presidential elections originally scheduled for April are now tentatively scheduled for 4 July – and Bensalah is barred from participating.

In Sudan, a spike in the cost of wheat, fuel and other goods in December last year triggered four months of demonstrations against former president Omar al-Bashir, leading to his surprise removal in a military coup on 11 April.

Now called the Alliance for Freedom and Change, the protest movement has since forced al-Bashir’s successor, former head of military intelligence and security Lieutenant General Ahmed Awad Ibn Auf, to step down, and continues to demand a civilian-led government. Lieutenant General Abdel Fattah al-Burhan, one of Sudan’s few military elites not believed to be implicated in war crimes, is now at the helm of the country’s interim government, with Mohamed Hamdan “Hemeti” Dagolo as his deputy.

The jury is clearly still out on whether Algeria and Sudan can expect substantive reforms, and the ousters have come at a high cost. Sudan’s security forces have killed an estimated 60 civilian protesters and wounded thousands more over the course of the protests. Five more protesters were killed in Khartoum on 13 May.

In Algeria, one person was confirmed to have been killed during the protests, and security forces have used force to disperse peaceful gatherings and conducted arbitrary arrests. The number of people in both countries who have been arbitrarily detained or arrested, tortured, displaced or intimidated is also still unclear.

But the fact that Algeria and Sudan’s civilians are extracting concessions out of long-standing, brutal military regimes through non-violent protests is astonishing. It also serves as a timely reminder of the political potency of non-violent civil resistance.

They discovered this after collecting data on 323 major resistance campaigns around the world between 1900 and 2006, which they defined as “a series of observable, continuous tactics in pursuit of a political objective [and that] have discernible leadership and often have names, distinguishing them from random riots or spontaneous mass acts” (eg Sudan’s Alliance for Freedom and Change).

They found that a major resistance campaign’s commitment to non-violence tends to grant it broad-based domestic legitimacy and support, including within the security agencies. When governments respond violently to unarmed civilians, they earn the sharp disapproval of large sections of the population, many of whom may traditionally refrain from engaging in politics.

This tilts the playing field in favour of the civil resistance movement despite the conflict’s asymmetry, where the protesting civilians do not have a military, security agencies, or law enforcement to protect them or coerce others.

These findings, and the triumphs of Algeria and Sudan’s protests movements, provide an alternative to the widely held belief that political struggle must be violent to be effective. They also seem to resonate with the messages of Africa’s youth. “Can we teach our youth … that we do not have to kill our way to power and fame?” asks Simon Marot Touloung, a member of the African Union Youth Envoy’s advisory council.

The future of both countries hangs in the balance as their militaries scramble to retain power under the growing pressure of their citizens, who are well aware that vested interests, corruption and external interventions can erode the victories of popular movements.

In Egypt, a succession of protests and elections has resulted in more of the same – an authoritarian government dominated by the military. Ethiopia’s reformed regime, on the other hand, has seen a daring series of reforms initiated by Prime Minister Abiy Ahmed, but has been unable to bring stability to the country. And in Libya, the ongoing battle for Tripoli appears to warn of the dangers of popular revolt and external intervention gone awry.

So perhaps it is not Africa’s youth, but its established autocracies and long-serving rulers, nominally elected but actually in power for life, who should grapple with Touloung’s question. DM

Lily Welborn is a researcher, African Futures and Innovation, ISS