Sasol: What’s a billion between friends?

Sasol: What’s a billion between friends? 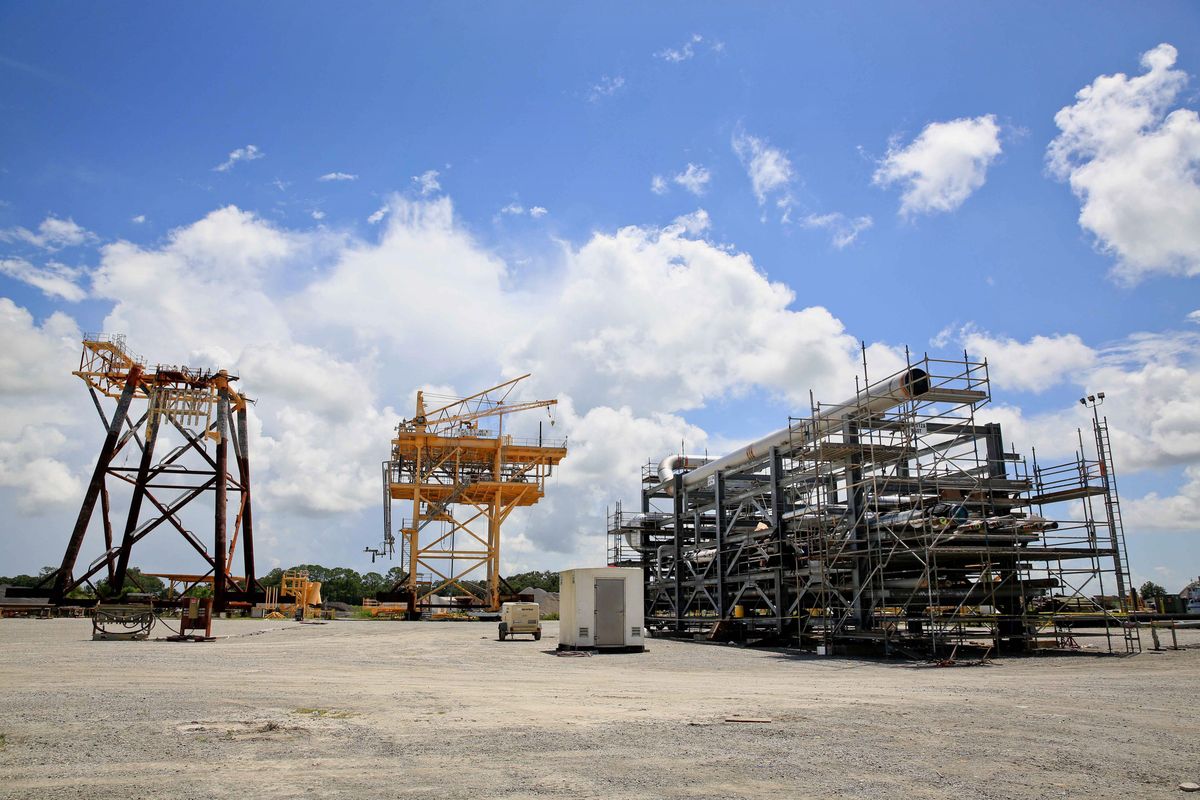 Signs that costs were starting to overrun the budget began to emerge in January. In February, Sasol’s leadership took immediate and decisive action to correct the problem. However, news of the latest cost overrun saw the share price drop 13%. Management’s credibility is at stake. Can it recover?

Sasol’s multibillion-dollar Lake Charles Chemical Project (LCCP) in Louisiana, United States, is easily the biggest project ever undertaken by a South African company off-shore. And in Louisiana it is the largest single manufacturing investment in the history of the state, dwarfing those of the 500 companies from 50 countries that have been drawn by the abundance of liquefied natural gas in the region.

Announced in 2012 and given the green light in 2014, the petrochemical complex, which includes an ethane cracker that will produce 1.5 million tons of ethylene annually, and six chemical manufacturing plants, was projected to cost $8.3-billion and come on stream in 2018.

The complex is now expected to cost Sasol 60% more, at somewhere between $12.6-billion and $12.9-billion, which includes a contingency of $300-million. This is about $1-billion more than was projected in February when joint CEOs Stephen Cornell and Bongani Nqwababa insisted that they had provided for everything to complete the project.

Even this figure had drifted from the “worst-case scenario” of $11-billion, projected in August 2016.

In March 2019, the overall project completion was at 96%, with construction completion at 89%. With so much complete, what went wrong?

In January, an independent market report suggested that the project would overrun its budget. In February, Sasol moved responsibility for the LCCP to its executive vice president of chemicals, Fleetwood Grobler, a Sasol long-timer known as Mr Fix-it, with the previous head taking early retirement.

Grobler’s team initiated a full review of the costs and build schedule which showed that while the project was largely on schedule with three units already operating, the ethane cracker coming online in July 2019 and the last unit coming on stream in February 2020, the cost assumptions were just plain wrong.

“I want to say how disappointed we are to be talking to you about a further increase to the capital costs.”

With these words, joint-CEO Nqwababa began the conference call where he and Cornell spelt out the reasons for the cost overrun and what they were doing about it.

“We duplicated certain allowances from the Louisiana government in the previous budget,” he said. In addition, “not all contracts and orders were reflected in the February cost estimate and anticipated performance improvements did not materialise”.

This accounted for some $530-million additional expenditure.

Another $470-million was needed to complete the project. This includes work to correct previously identified defective carbon steel forgings and the replacement of parts of heat exchangers due to corrosion.

Last, another $260-million had to be budgeted because the review identified a significant increase in required finishing activities such as heat tracing, insulation and fireproofing, Sasol said.

And then there is the $300-million contingency.

Nqwababa assured investors that the underlying drivers of the additional costs are understood and known. “The board and team is focused on ensuring that no stone is left unturned to ensure we use this experience to make sure Sasol is even stronger. We will ensure that all lessons are learnt and appropriate actions taken.”

The market did not take well to the update, with the Sasol share price falling about 13% on the day to R375.00. 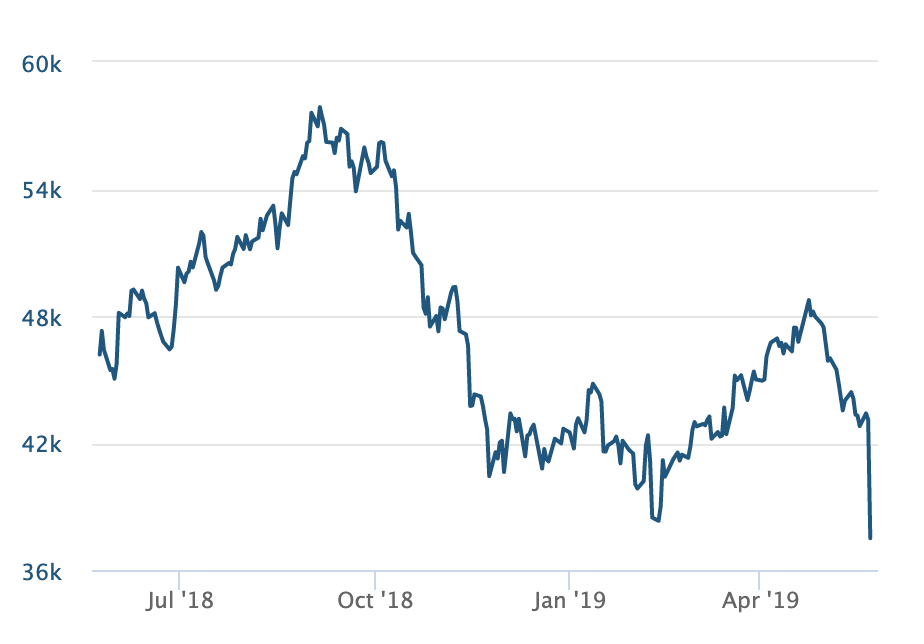 “Is anyone going to take responsibility? It doesn’t look like it,” says Karl Gevers, head of research at Benguela Asset Management.

“The biggest issue here is the already fragile perception of management quality — they don’t seem to have their finger on the pulse.”

“There are no guarantees in investing and I will have to take responsibility for my decisions. But, the incompetence of Sasol management has cost my investors money,” says Mark Ansley, a portfolio manager with Argon Asset Management.

“The question is, how much of a black hole is this? We like the valuation of the old Sasol business. And I do think there is value in the cracker. But do you want to rush in and buy more Sasol with all this uncertainty? After all, what upside can we see in a year?”

While management insisted that the increase in the LCCP’s cost will not alter Sasol’s capital allocation strategy, it complicates management’s stated ambition to reduce debt.

“The increased capital cost will result in the gearing level for Sasol remaining elevated for 18 to 24 months,” the company said in a statement.

The company has taken steps to conserve cash. Among these is the acceleration of its non-core asset disposal programme, previously announced.

Assets with an aggregate net asset value of $2-billion will be sold. Whether these will include some South African assets has not been disclosed.

More bad news was that the anticipated contribution from the LCCP has been negatively impacted by a change in the short- to medium-term pricing outlook. As a result, the earnings before interest, tax, depreciation and amortisation (Ebitda) for financial year 2022 of $1.3-billion have been revised to about $1-billion.

“LCCP has been a huge drag on Sasol returns over the past five years. The business has geared up significantly to fund the project, increasing the financial risk while returns have declined significantly,” says Gevers.

The latest statement is that internal returns on the project are now expected at between 6%-6.5%, down from 7.5% previously.

The latest update reduced the 2022 Ebitda expectation to $1-billion from $1.3-billion.

“I don’t think many investors will trust the management team after this. Even this guidance will be taken with a pinch of salt.”

While the present management has had the task of completing the project, it is worth noting that the LCCP investment decision was driven by the previous CEO, David Constable. At the time (October 2014), he said:

“The economic benefits of this project will extend to all of our shareholders, 67% of whom are located in South Africa, and will also enable us to pursue further growth opportunities in southern Africa. In addition, this project will deliver significant benefits to the state of Louisiana and the United States. More specifically, it will enhance local investment and job creation in the surrounding communities, while strengthening downstream manufacturing and increasing exports.”

At this point it appears that the only beneficiary of the project is the state of Louisiana and surrounding communities, at the cost of shareholders. DM