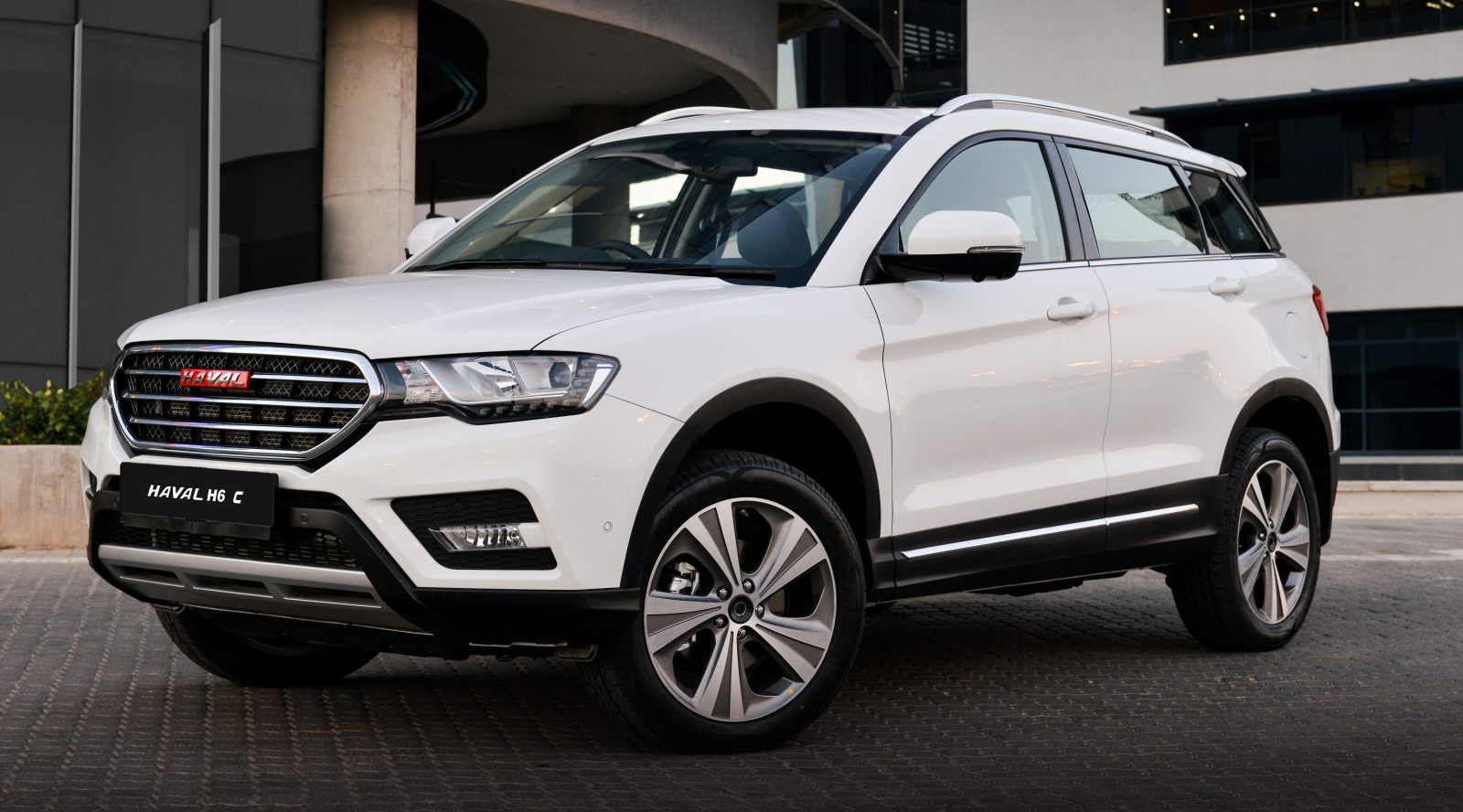 Chinese brand Haval is making rapid inroads into the highly competitive South African SUV market, thanks to models that not only represent strong value, but also perform in other areas. Are those Chinese takeaway jokes starting to ring a little hollow?

Haval? That’s still a reaction you often get when people ask what you’re driving. And to be fair, Haval does sound a little outlandish – which of course it is, given that it’s a Chinese automotive brand. 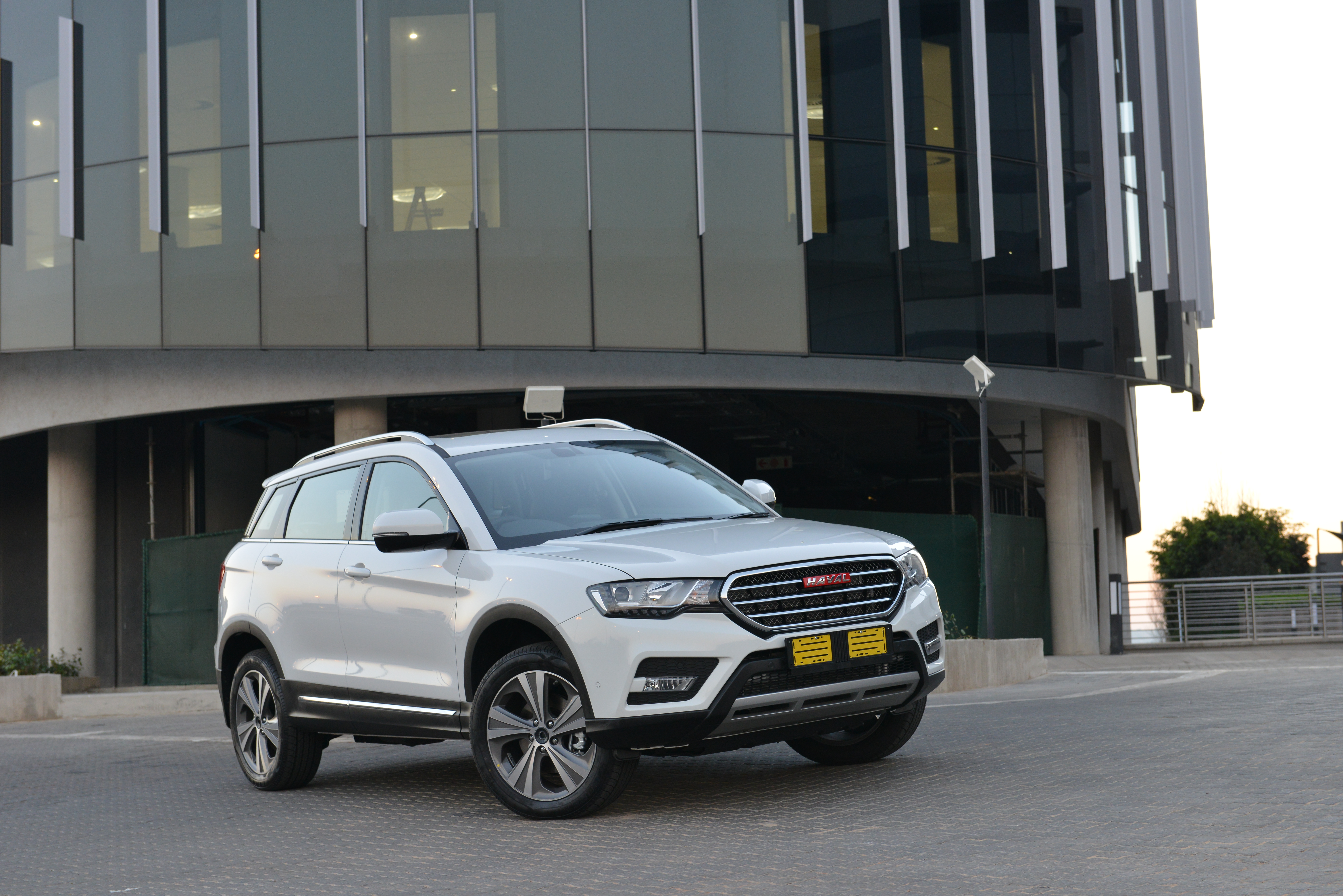 However, expect Haval to sound increasingly familiar as more South Africans get exposed to the brand’s products. The premium offshoot of automotive giant GWM (for Great Wall Motors), it’s fast finding a foothold among local SUV buyers seeking a value-added package – and who isn’t?

At least, the pronunciation is unequivocal: when Hyundai arrived here more than two decades ago, nobody knew how to say it – and some still don’t. That hasn’t stopped the Korean brand from progressing from underrated underdog to mainstream success.

It’s easy to be influenced by preconceptions, especially in SA, where brand status plays a pivotal role. And the only way to address those prejudices is to actually get behind the wheel, and find out if your concerns are borne out in practice. 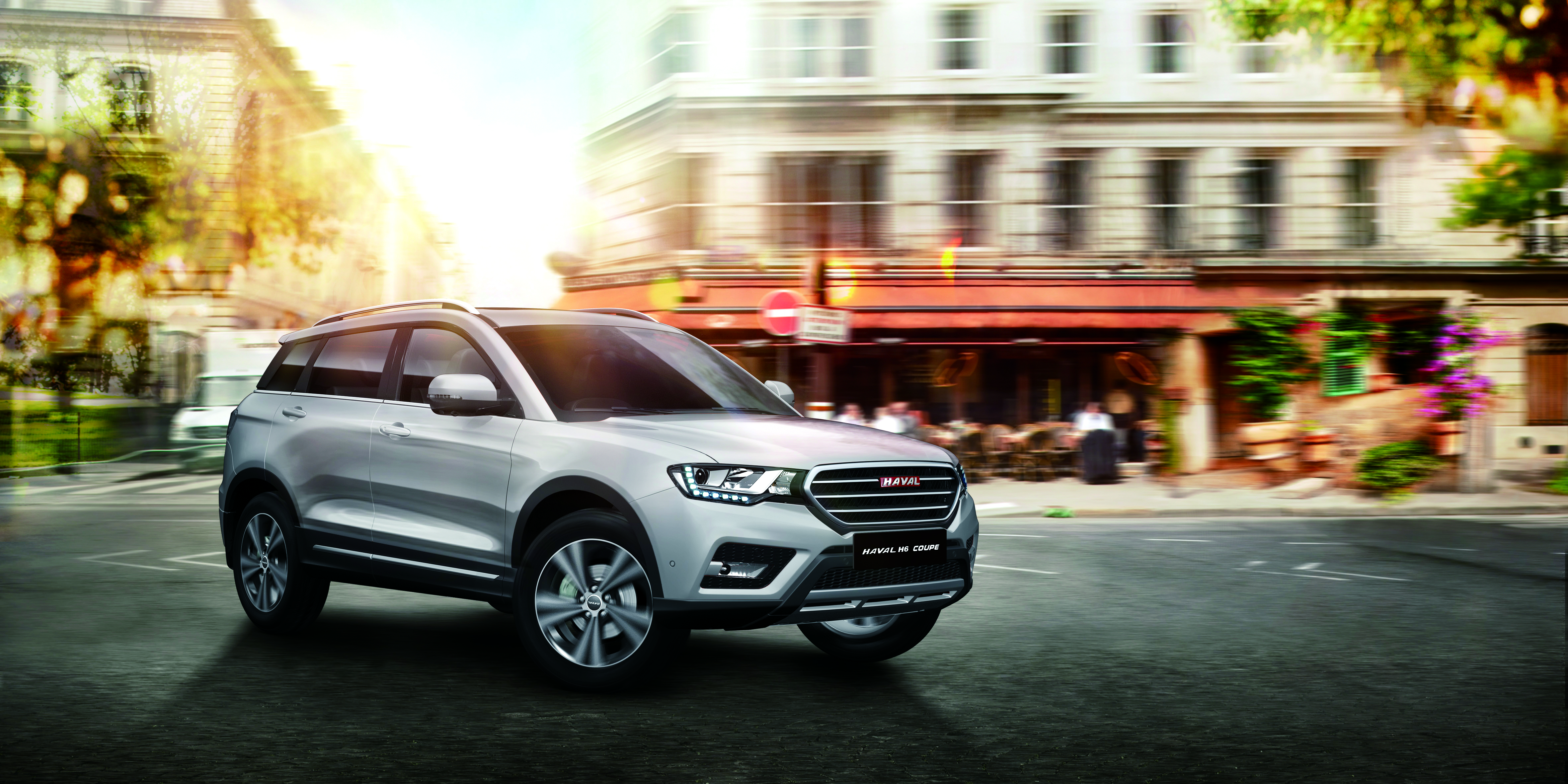 Styling is subjective by nature, but nobody would argue that the H6C is, at the very least, thoroughly contemporary. The shape doffs a hat to the Range Rover Evoque, mainly because of the roofline’s pronounced taper, and the upward wedge of the shoulder line.

There’s also the blacked out D-pillar to consider, as well as the generous 19-inch alloys fitted as standard to this flagship Luxury model (you can save some dough by opting for the entry-level City or midrange Premium models).

Front and rear scuff plates, roof rails and a raised stance point to the Haval’s SUV intentions, but the lack of all-wheel drive confirms that the HS6C is more city slicker than all-terrainer. And that’s fine – after all, very few SUVs actually venture very far off the beaten track. 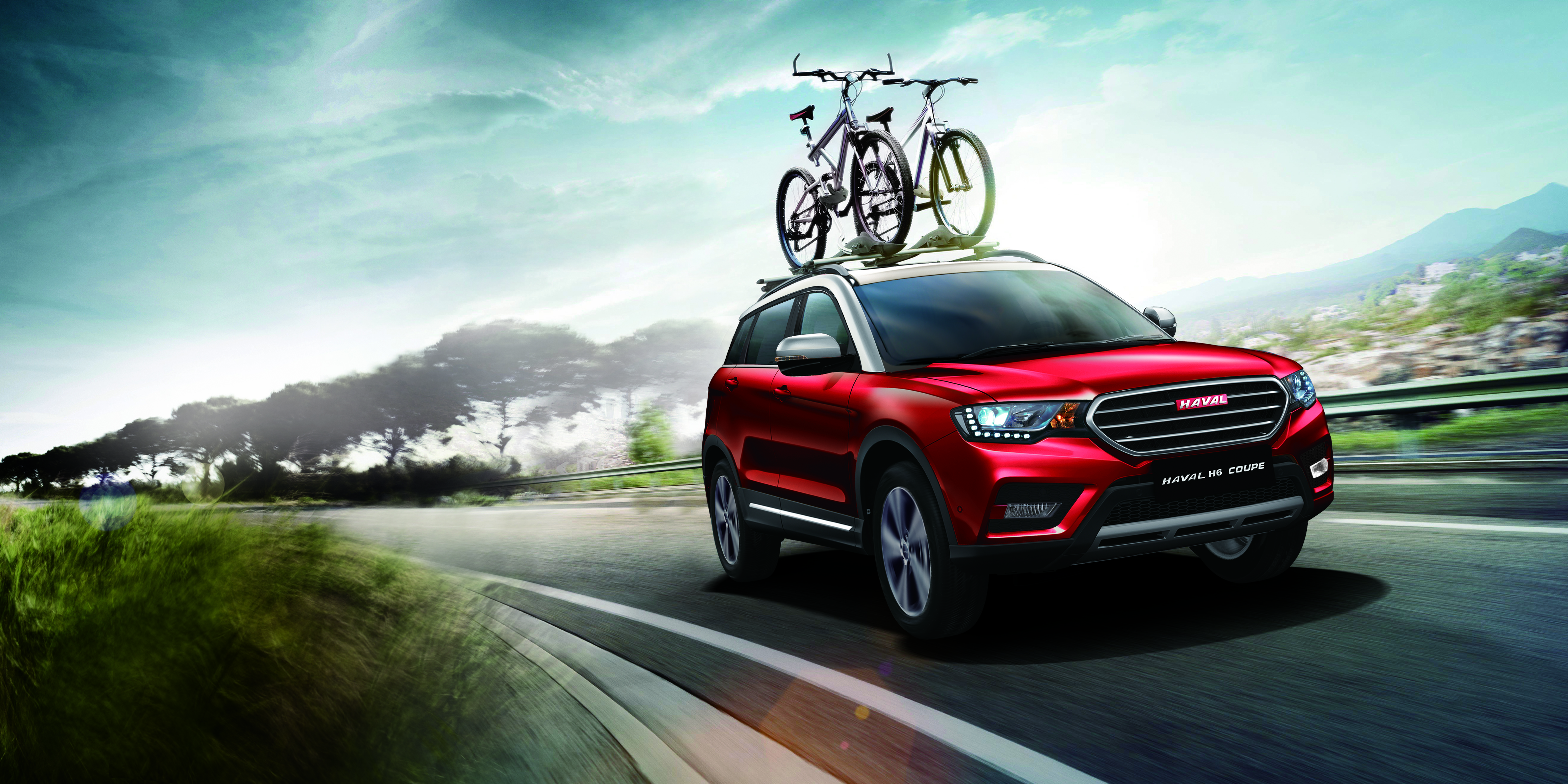 As for brand identity, the Haval’s front-end treatment is bold in a big-chrome-grille kind of way, but even with the Haval badge displayed in bright red, it’s not distinctive enough to ensure instant recognition. As the Koreans found out, creating a strong visual identity is vital …

The H6C is nominally a compact SUV, which means its natural rivals are many and varied. Obvious protagonists are the Kia Sportage and the Hyundai Tucson, but you can also add the Toyota RAV-4, Mazda CX-5, Ford Kuga and Honda CR-V to that list.

The cockpit feels at least as roomy as the Koreans, but a bit smaller than the Mazda and the Honda. Even so, there’s no shortage of space: the split rear bench seat offers plenty of legroom, and the rear backrests can be reclined, too. 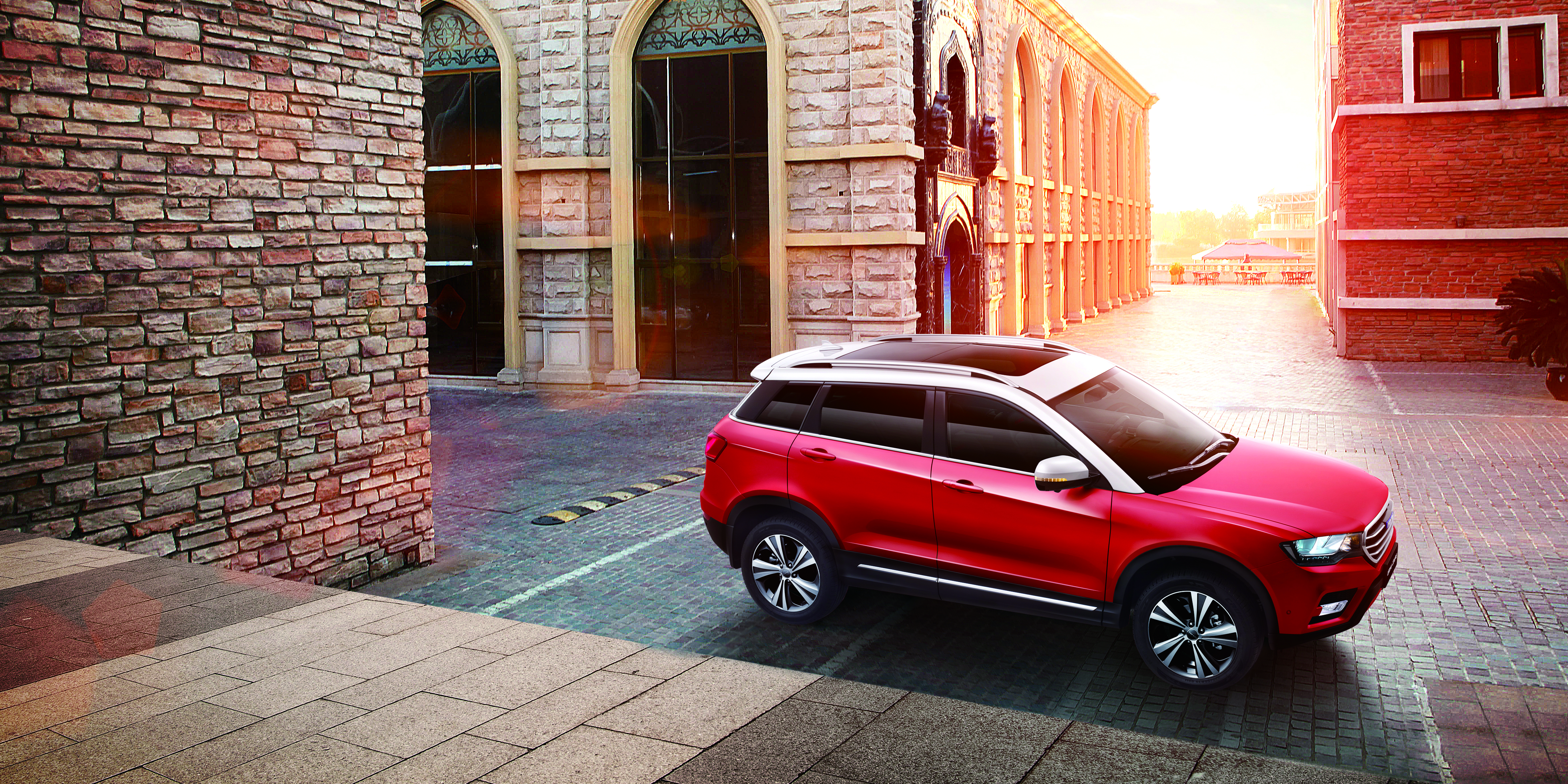 However, the boot should be bigger – a meagre 247 litres doesn’t cut it in this category. The flimsy tonneau cover doesn’t do the Haval any favours, either.

As for equipment levels, this Luxury version’s features list is pretty much full house, albeit with some surprising inclusions and omissions.

For instance, the standard offering includes mood lighting with a choice of colours, illuminated sill plates, and puddle lights – items usually the preserve of premium brands. 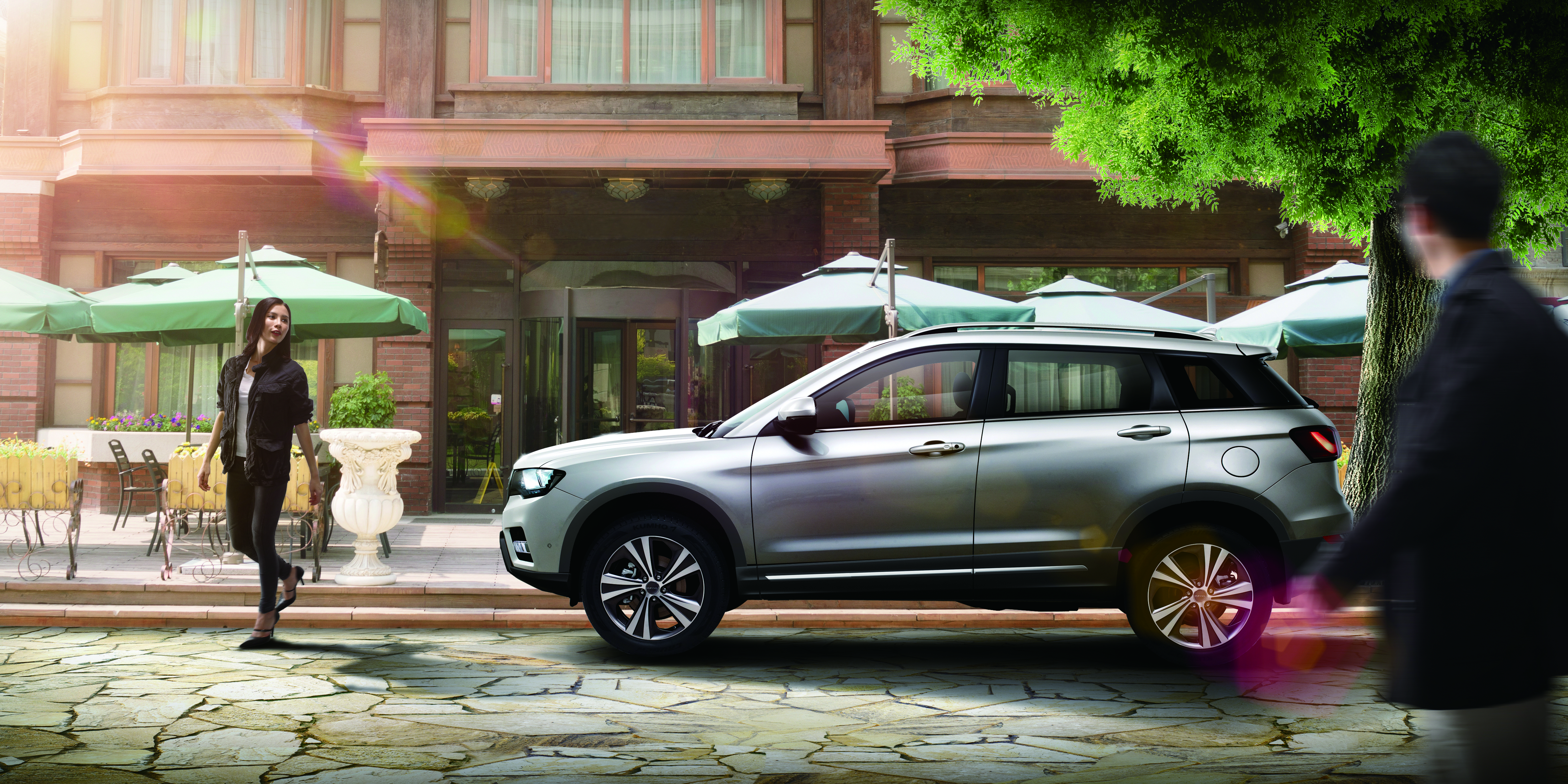 However, satnav isn’t included, nor is Apple CarPlay – features that you’ll increasingly find in mainstream or even budget models. 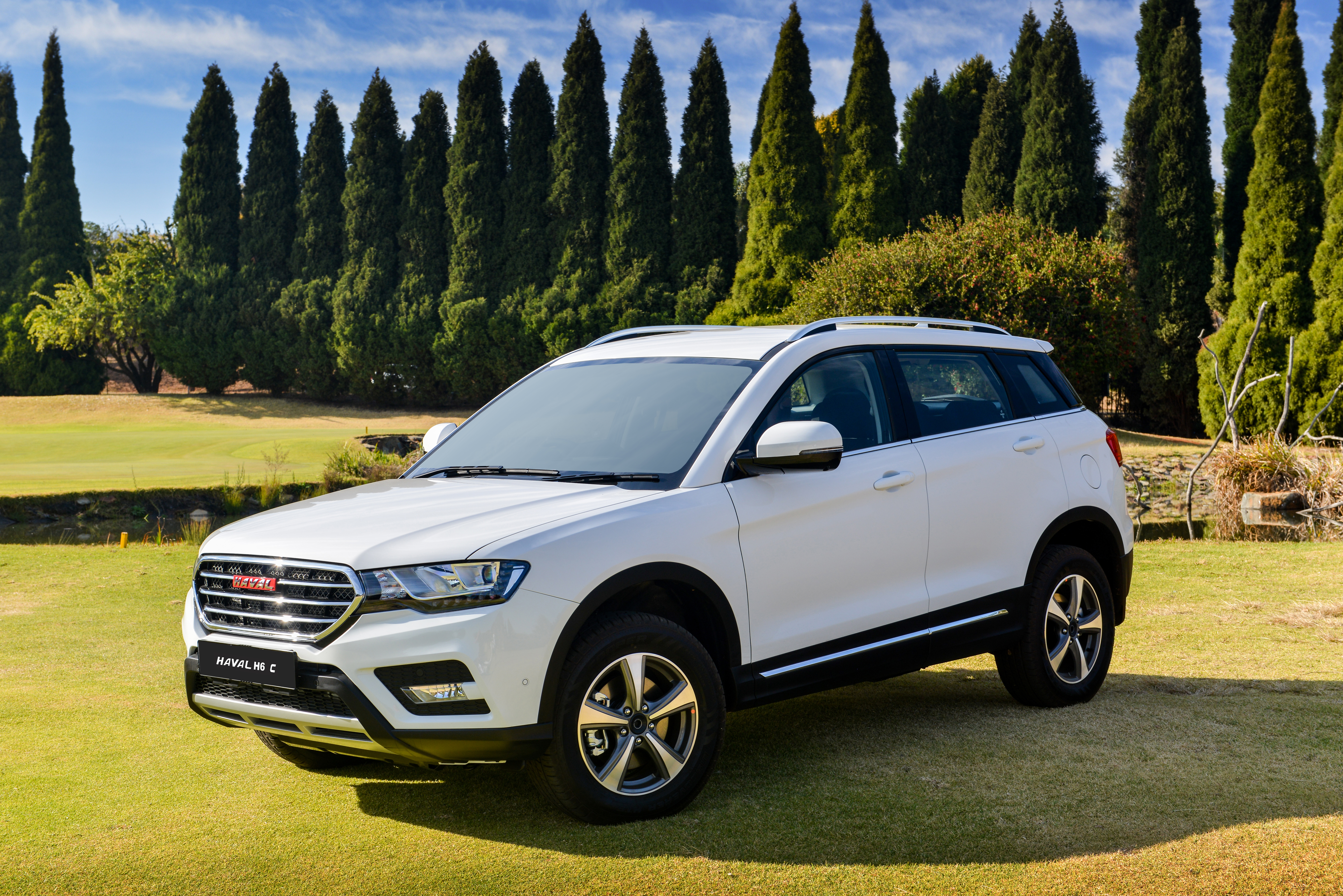 Cabin finishes look smart, but some elements are less impressive when scrutinised more closely. There are some hard plastics, albeit masquerading as something better, and the synthetic leather may please vegans, but isn’t close enough to the real thing.

Underpinning the H6C is a zesty 2.0-litre engine. The four-cylinder turbo petrol mill has 140kW and 310Nm on tap, while a six-speed dual-clutch gearbox transfers the power to the front wheels.

Despite a relatively heavy 1.7ton kerb mass, the H6C is eager off the mark, and always has enough urge, be it for effortless highway cruising, or to nip through urban traffic. That turbo ensures good midrange punch, too – accompanied by some old-school but strangely satisfying induction noise. 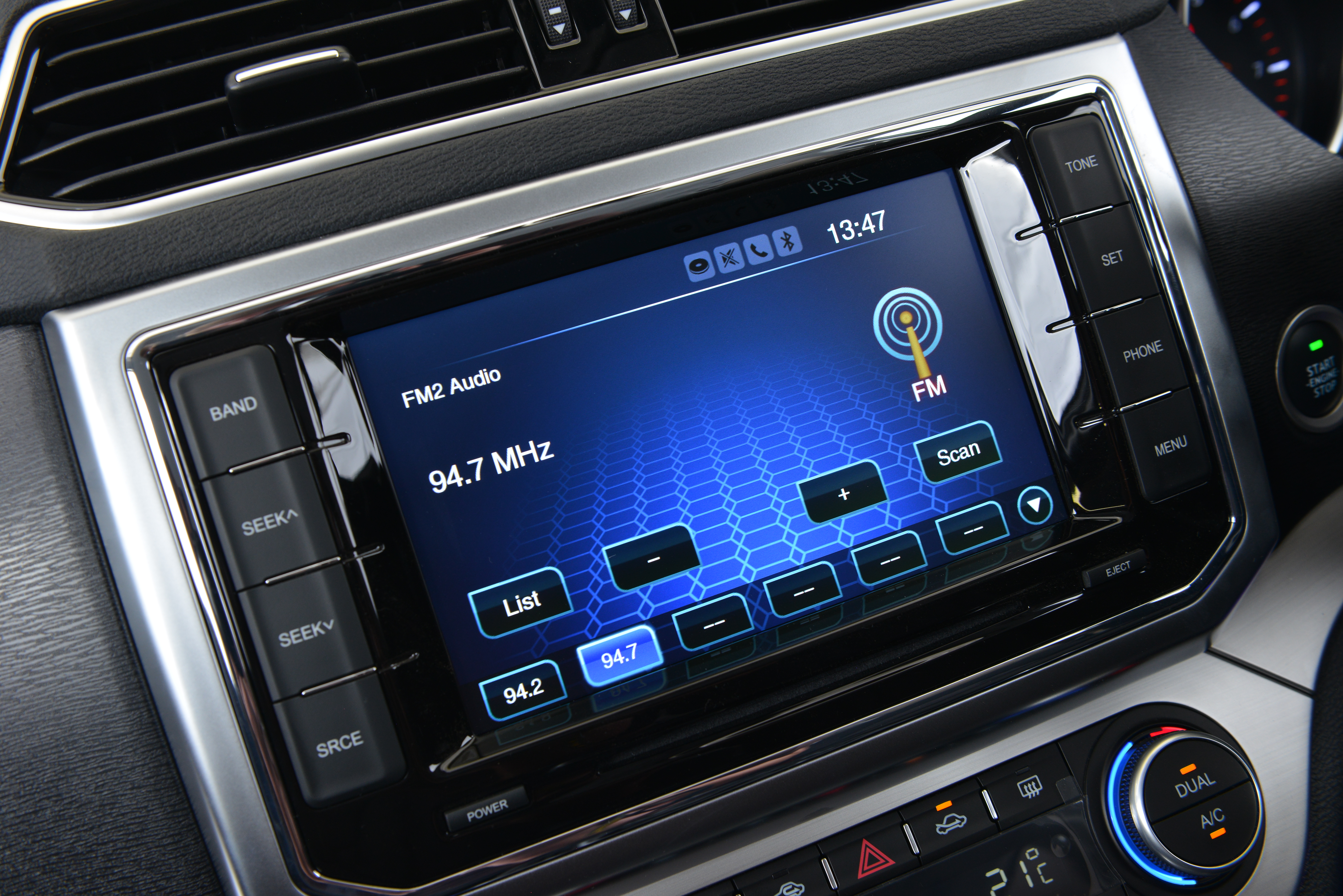 I suspect that a further reason for the H6C’s enthusiasm is its relatively short gearing, but it also tends to highlight a drivetrain that could be more refined. The engine gets buzzy under duress, and overall interior noise levels suffer as a result.

Fuel consumption was on the thirsty side, especially in the cut-and-thrust of town driving, but should become more economical in open-road conditions. My test average reflects a week of mainly in-town driving, with some spirited cross-country work included.

There’s a choice of driving modes, including a Sport setting that allows higher peak revs and a sharper throttle. But frankly, the Haval feels at its most balanced in Normal mode. 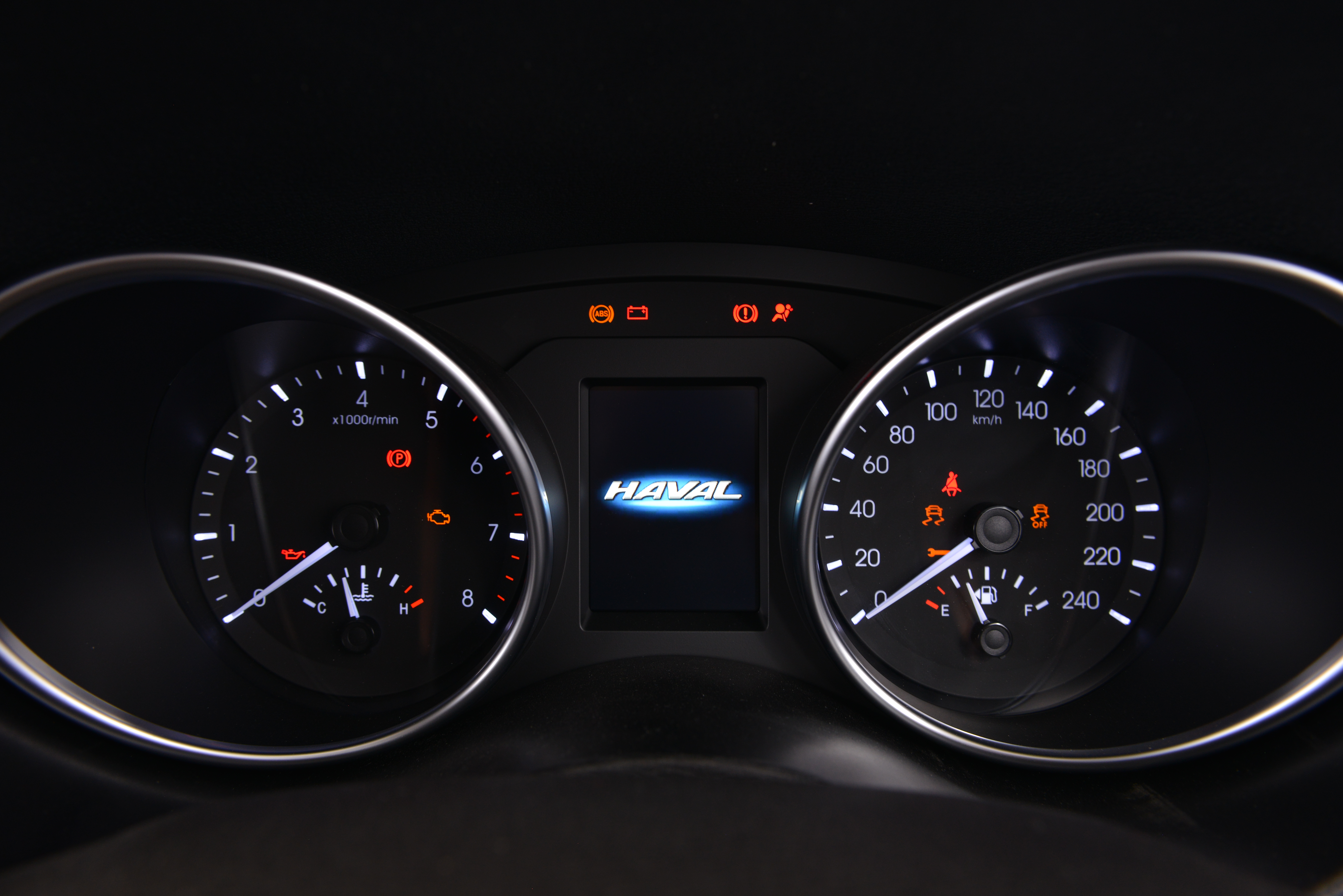 The ride is good on everyday roads, but can become choppy on bumpier surfaces or rutted gravel. The set-up steers clear of being too vague or wafty, though, and body lean is well contained, even when cornering with some intent.

For once, the steering is nicely weighted, too – to the point of being a little heavy at low speeds – while a fairly wide turning circle means the H6C isn’t always quite as manageable in tight spots as you’d expect.

There’s a lot to like about the Haval H6C. It’s modern, classy and well executed, with plenty of dynamic zest and an exceptional array of standard features. 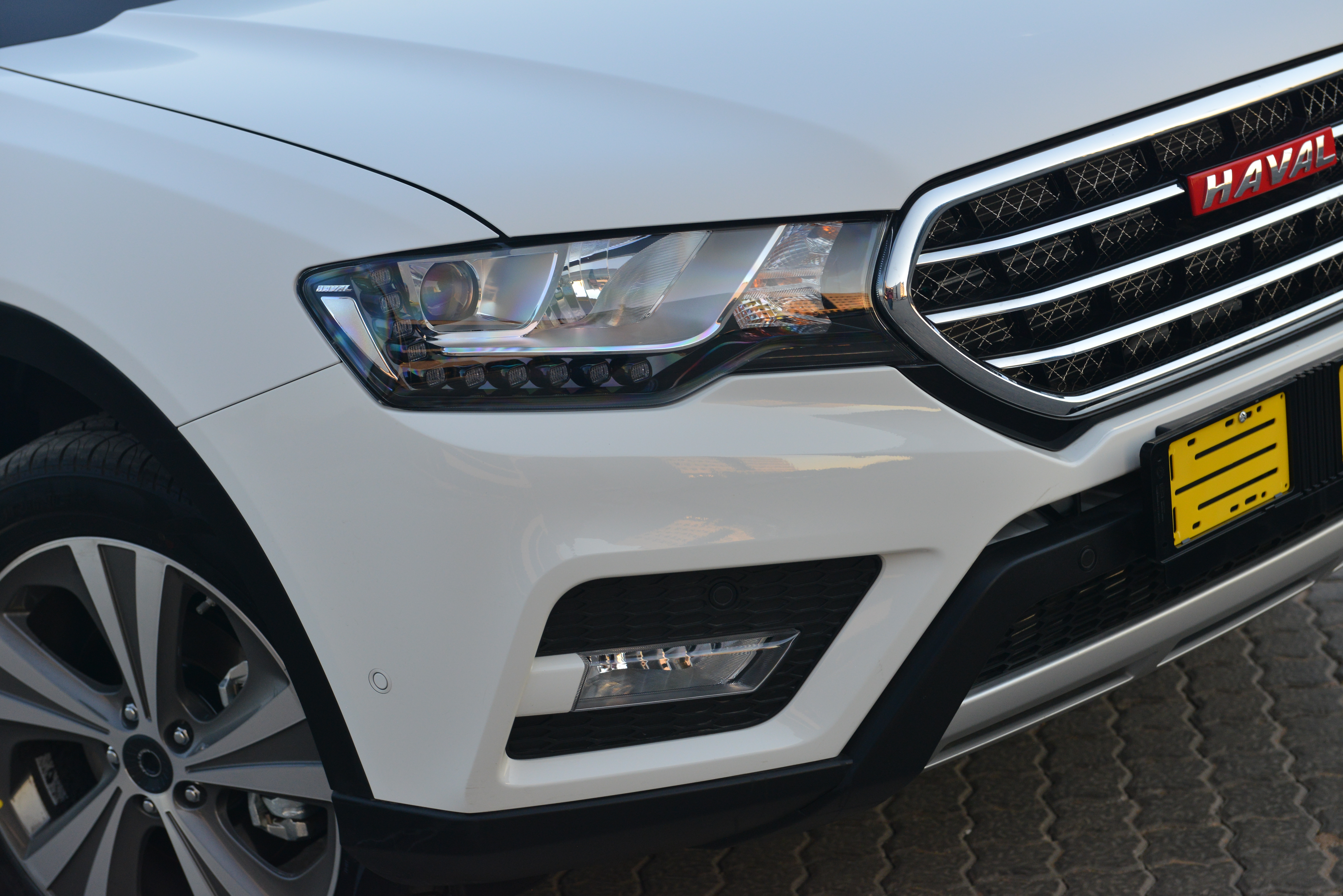 In quality terms, the niggles are small and probably unimportant, while the ride and handling compare well with its rivals. Luggage capacity is a disappointment, though, and the drivetrain lacks ultimate finesse.

But here’s the interesting part. At a smidgen under R400,000, the H6C Luxury AT doesn’t appear to be that much cheaper than some of its mainstream rivals.

The difference is in the full-house spec levels and the drivetrain’s superior output – but if you’re prepared to sacrifice features for the familiarity of an established brand, there’s no shortage of options. 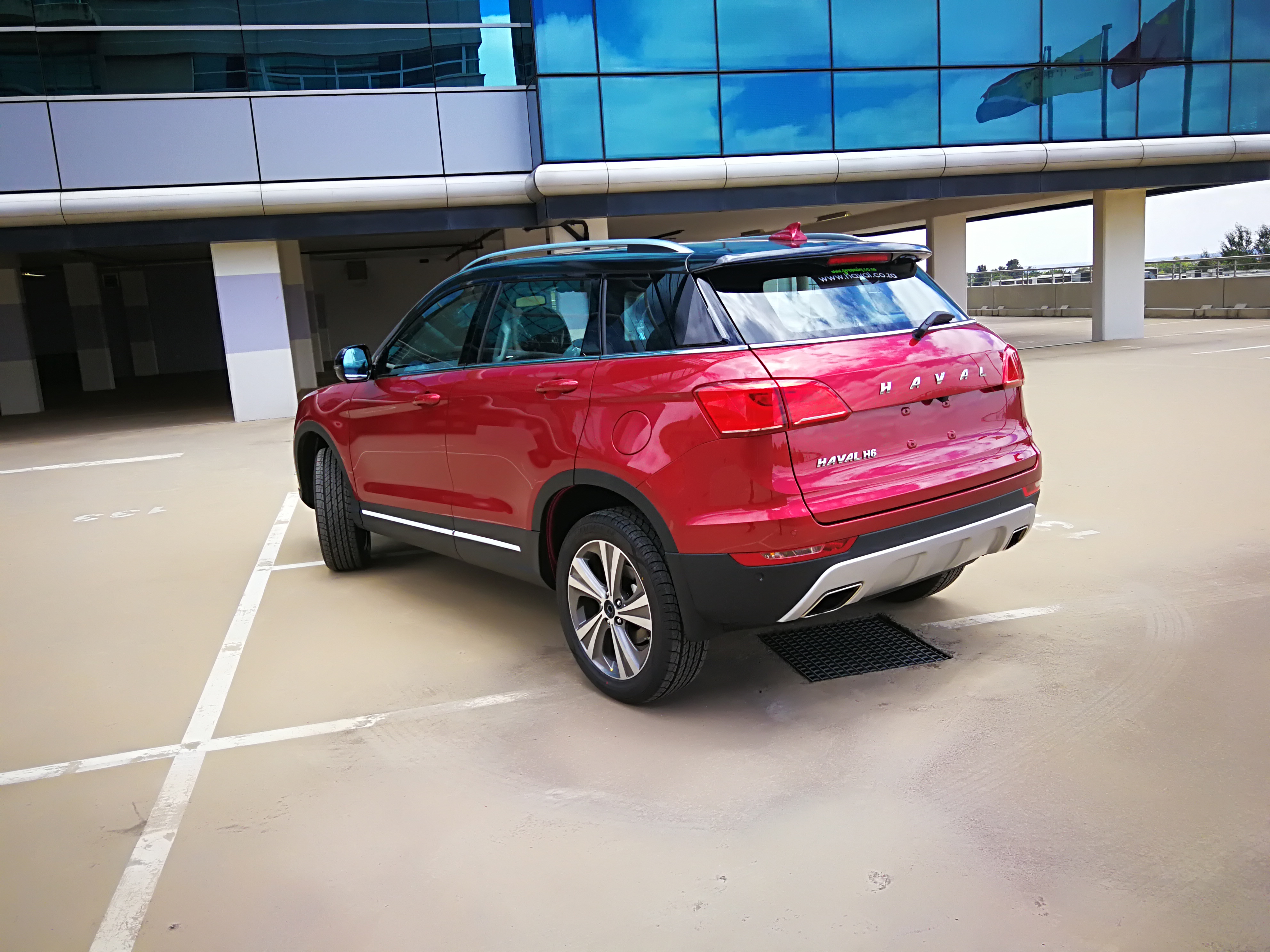 In other words, the Haval H6C Luxury is neither cheap nor nasty. Instead, it focuses on linking a well-executed package to compelling value: you get a flagship model for money that only buys you the entry-level versions of its rivals.

With everyone trying to stretch their hard-earned rands as far as possible, that may well be enough to put Haval on the mainstream map. DM

Attractively executed inside and out. All the bells and whistles. Ample get up and go. Compelling value.