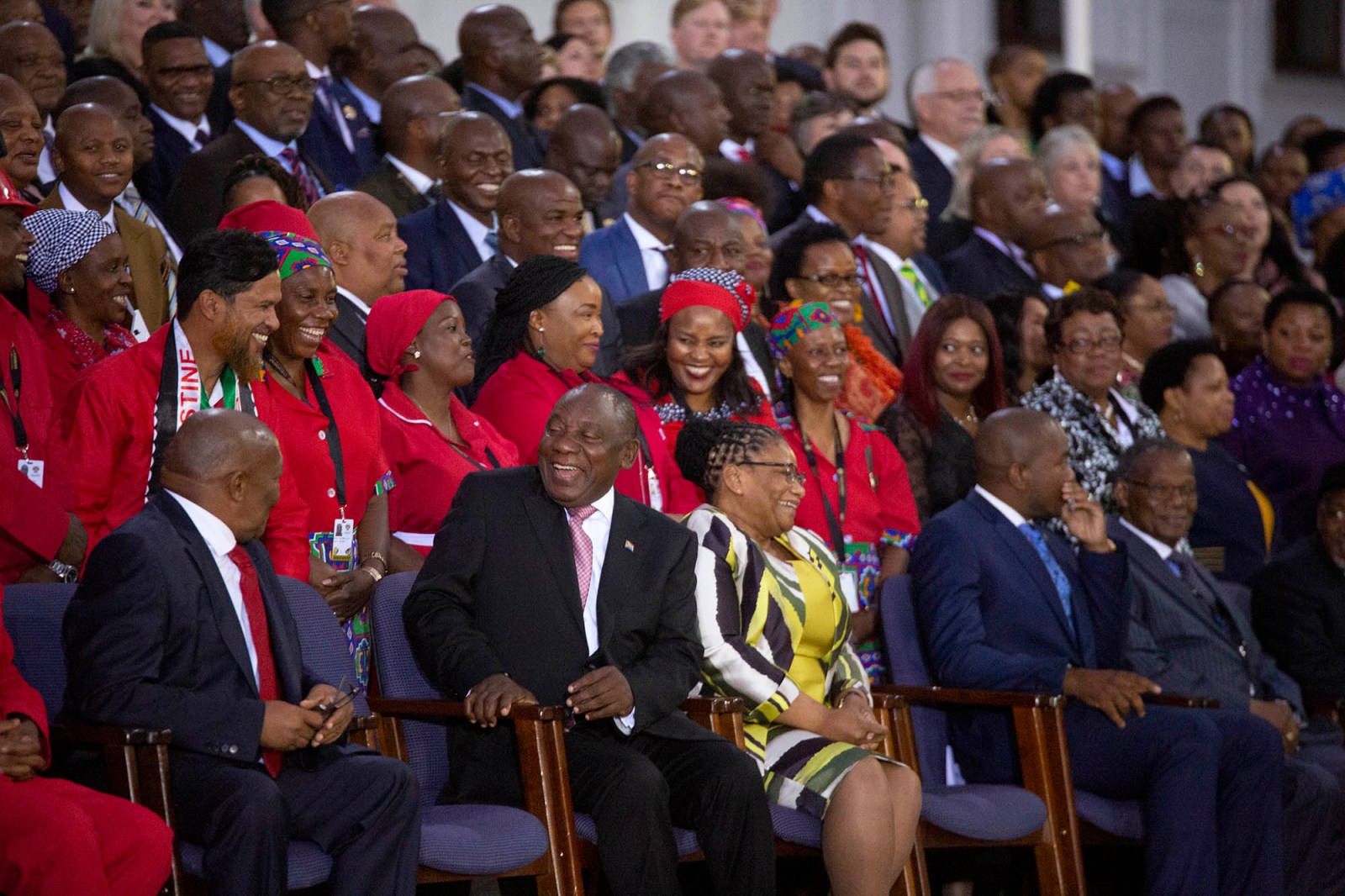 President Cyril Ramaphosa gets ready for a photo outside the national assembly with the 400 MPs of the sixth parliament of South Africa, 22 May 2019. Photo: Leila Dougan

An Open Letter to Members of the National Assembly and the National Council of Provinces, Parliament, Cape Town. By the undersigned civil society organisations.

Dear Members of Parliament and Members of the National Council of Provinces,

Congratulations on your election to Parliament and on your parties’ successful participation in our sixth democratic general election held on 8 May 2019.

We salute you as the elected representatives of the people of South Africa. We recognise you for taking on the heavy responsibility of representing our people’s needs, rights and aspirations in Parliament.

You have been elected in accordance with the rules of our Constitution. It is to the Constitution – to which you will take an oath to obey, respect and uphold – that you owe your greatest loyalty.

We have gathered as representatives of progressive and pro-poor civil society organisations in our country. We are here to offer a constructive partnership between civil society and MPs as active and organised citizenship has become a crucial part of our constitutional democracy.

We hold out our hands to you. We look forward to being actively consulted by you on policy and legislation. We will be your eyes and ears in ensuring that the rights in our Constitution are being realised on the ground and in communities.

We are at a critical moment in our democracy and the role of MPs has never been more important. The majority in our country daily experience terrible hardship, inequality and indignity. Disadvantage based on race and racism, class and gender still blights our land. The high unemployment rate causes despair to millions. Education and health services are in urgent need of improvement. Xenophobia permeates at all levels of society and migrants are often used as scapegoats for what is, in fact, poor service delivery.

Corruption and the looting of public resources have become widespread across all three spheres of government. The last Parliament had failed woefully in discharging its oversight responsibility and in holding the Executive and administrative personnel accountable for these wrongdoings.

Sadly, in the ranks of former MPs, blind “party loyalty” had replaced “loyalty to the people”.

That is why the Constitutional Court made a damning finding against Parliament and called on public representatives to serve as “the watchdog of State resources, the enforcer of fiscal discipline and cost-effectiveness for the common good of all our people”.

We call on you to distance yourselves from this shameful past.

We demand that all political parties, particularly the ANC and its president, ensure that persons implicated in corruption and state capture are not appointed as MPs and Ministers.

We call on you to heed the noble words of Chief Justice Mogoeng Mogoeng:

“The challenge to all of us is to stop kowtowing to corrupt leadership wherever it is to be found. We would never have been where we are right now had everybody been doing what they often take an oath to do … We dare not be de-focused from the primary responsibility of ensuring that people do not continue to swim in the injustices of the past as if all that the new phase of the life of South Africa is about is just to cast a vote.”

You should remember a simple maxim: good governance is not an end in itself; it is a prerequisite for effective service delivery and social justice.

We urge you to start the process to seriously debate electoral reform in order to bring MPs closer to people and improve accountability. In this respect, we call on you to review the recommendations made by the Van Zyl Slabbert Commission on Electoral Reform in 2003, and to ensure that the Political Party Funding Act is implemented immediately.

We also call on you to ensure that the Zondo Commission of Inquiry into State Capture, as well as all law enforcement agencies, are protected from political interference and intimidation from any source. We want a commitment to ensure full accountability for those tainted by state capture and corruption. Those found responsible for wrongdoing must be prosecuted and removed from public office.

We furthermore urge you to follow the example of the British Parliament and a growing number of cities around the world and declare a climate emergency. The climate crisis is real and is already affecting our country badly – there is still drought in many parts of our land.

Unless it is addressed, it will have a disastrous effect on all of our rights and freedoms.

South Africa is a beautiful country. We have enough resources, land and riches for all. Our peoples are respected and admired throughout the world because of our resilience in the face of racism and oppression. We dream of a future based on peace, equality, dignity and social justice.

Now is the time to realise that dream. We commit ourselves to it. We call on you to do the same! DM