Thales, the company which forever sullied the memory of the wise sage of Greece 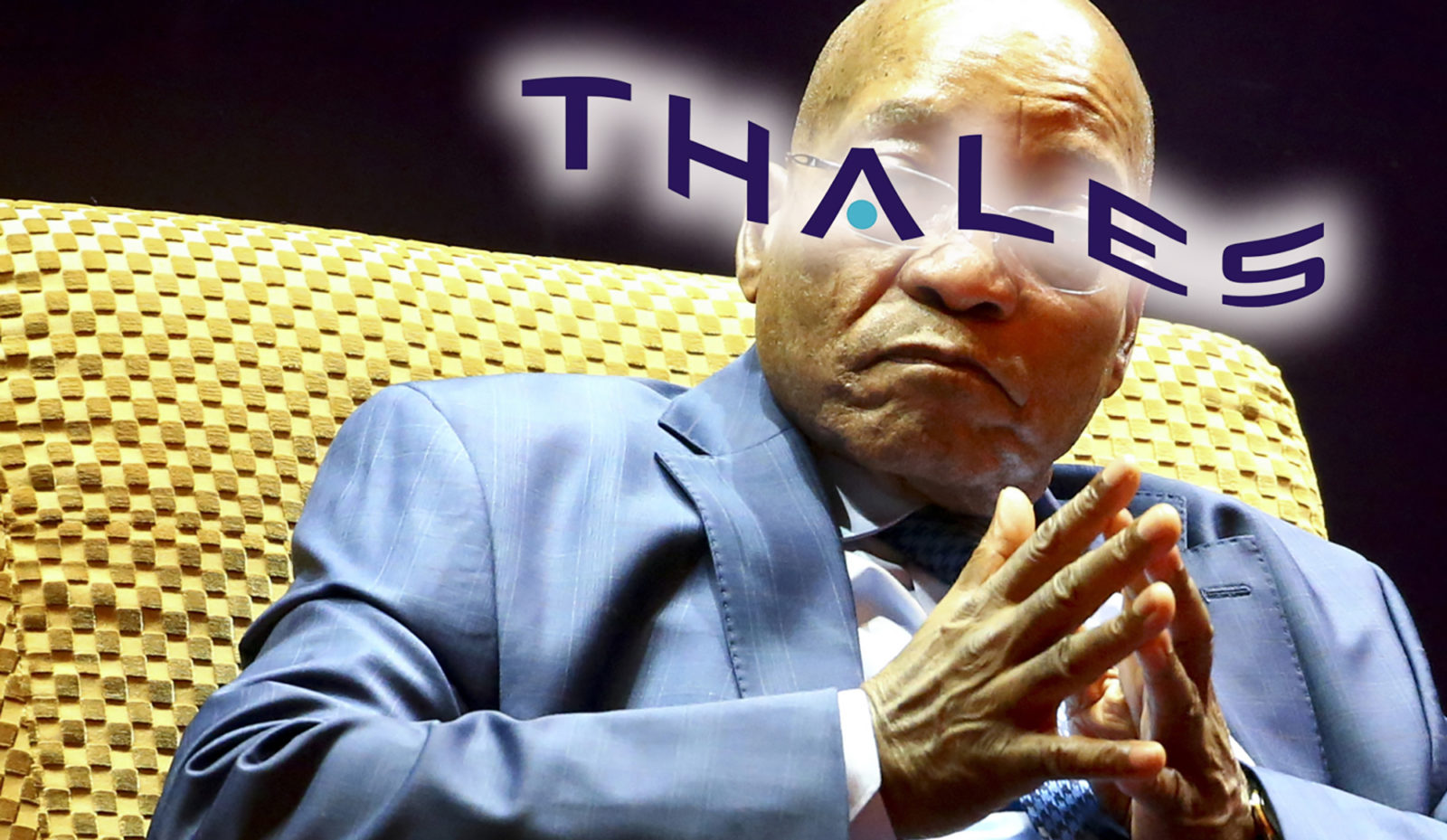 Arms company Thales, accused of bribing former president Jacob Zuma, argued on Tuesday that the charges against it are invalid and must be set aside.

In Apartheid, Guns and Money: A Tale of Profit, Hennie van Vuuren describes the relationship between French arms company Thomson-CSF and the apartheid government. The state needed weapons to maintain white rule and the company was happy to breach international sanctions to turn a profit.

“This long-term relationship with the apartheid regime did not preclude Thomson-CSF from quickly doing business with a democratic government in South Africa,” reads the report from the People’s Tribunal on Economic Crime, which includes some of Van Vuuren’s work with Open Secrets.

In 2005, Judge Hillary Squires found that Thomson-CSF had agreed to pay Jacob Zuma R500,000 a year through proxies to protect the company from investigations into the R2.6-billion contract it won in the multibillion-rand arms deal and promote its business interests in South Africa. Squires convicted Zuma’s former financial adviser Schabir Shaik for corruption for his role as a middleman.

After marathon legal battles, Zuma and the French arms company, now called Thales, were charged in 2018 but are still fighting to avoid trial, with the Pietermaritzburg High Court currently hearing stay-of-prosecution applications from both Zuma and Thales.

Zuma argued on Monday that the National Prosecuting Authority (NPA) had violated his rights to dignity and a fair trial. On Tuesday, it was Thales’s turn to explain why the case should never go to court.

Advocate Anton Katz SC for Thales said former National Director of Public Prosecutions (NDPP) Shaun Abrahams did not give the company a chance to comment on whether charges should be reinstated, as it did for the former president, after the Supreme Court of Appeal (SCA) found the 2009 decision to drop the charges was irrational.

“Indeed, Abrahams was hell-bent on prosecuting Thales and whatever representations were made would have made no difference to him,” Katz told a full Bench of the court.

Katz argued that the NPA was extending its decisions regarding Zuma to Thales without looking at the merits of the case against the company. He claimed Abrahams had failed to follow the proper procedure and should have judged the merits of the Thales and Zuma cases separately.

“No accused in this world can be regarded as an add-on, flotsam,” he said. “What the NPA has done is said, ‘Bad Zuma, bad Thales; good Zuma, good Thales.’”

If seeing arms companies flounder in court is your thing, the Thales performance was one to watch. The three high court judges questioned Katz, saying the cases seem closely linked, and appeared frustrated throughout the arguments of Katz and his colleague, advocate Mushahida Adhikari.

Judge Thoba Poyo-Dlwati politely told Katz, “When you make the argument over and over, we lose it. Let’s just digest it. Sometimes a lawyer makes a good argument but ruins it by repeating themselves.”

Katz argued that the law does not allow the NDPP to institute charges as that power lies with provincial NPA heads. If then-NDPP Abrahams wanted to prosecute Thales, Abrahams or his successor Shamila Batohi needed to be in court “in person” to lead the case.

Judge Jerome Mnguni questioned this interpretation of the law and the practicability of his suggestion.

“That’s why I’m saying to you that argument does not make sense,” said Mnguni.

Aspects of the case against Zuma and Thales read like a thriller from a recent but bygone era. Shaik was accused of meeting Thomson-CSF director Alain Thétard in 1999 to discuss the R500,000 to be paid to Zuma to protect the company. Zuma is accused of meeting Thétard in 2000 to agree to the deal by using the code phrase, “I see the Eiffel Tower lights are shining today.”

After that meeting, Thétard allegedly sent an encrypted fax to the company’s Paris offices saying Zuma had agreed in code to the arrangement.

Fax machines have disappeared from offices around the world and Thales’s witnesses also appear to have vanished.

Katz and Adhikari said that due to the lengthy delay in prosecution the witnesses the company intended to call to defend itself and interpret evidence are no longer available or willing to testify. They said the NPA had made inquiries through Interpol but could not trace their whereabouts.

Judge Mnguni asked about the difficulties in getting the witnesses to South Africa.

“The objective fact is those key witnesses are not here and they’re not available,” said Adhikari.

Thales argued that the failure of the NPA to charge it timeously would now limit its ability to defend itself in court. It said it was not a party to the years of legal battles that saw the NPA and Zuma, back when they were on the same side, delay the case as they resisted giving the so-called spy tapes to the DA.

The NPA initially planned to charge Thales alongside Shaik but decided not to, due to its expected co-operation in the case. Thales misled prosecutors and reneged on the deal, the prosecuting authority will argue.

The Constitutional Court has said permanent stay of prosecution applications should only be granted in exceptional circumstances where the accused has suffered significant prejudice that would impede the right to a fair trial.

The court hearing will continue on Thursday when the NPA will argue against the stay of prosecution applications, explaining why the arms company should face trial for its alleged crimes in South Africa.

Well, some of them, at least. DM