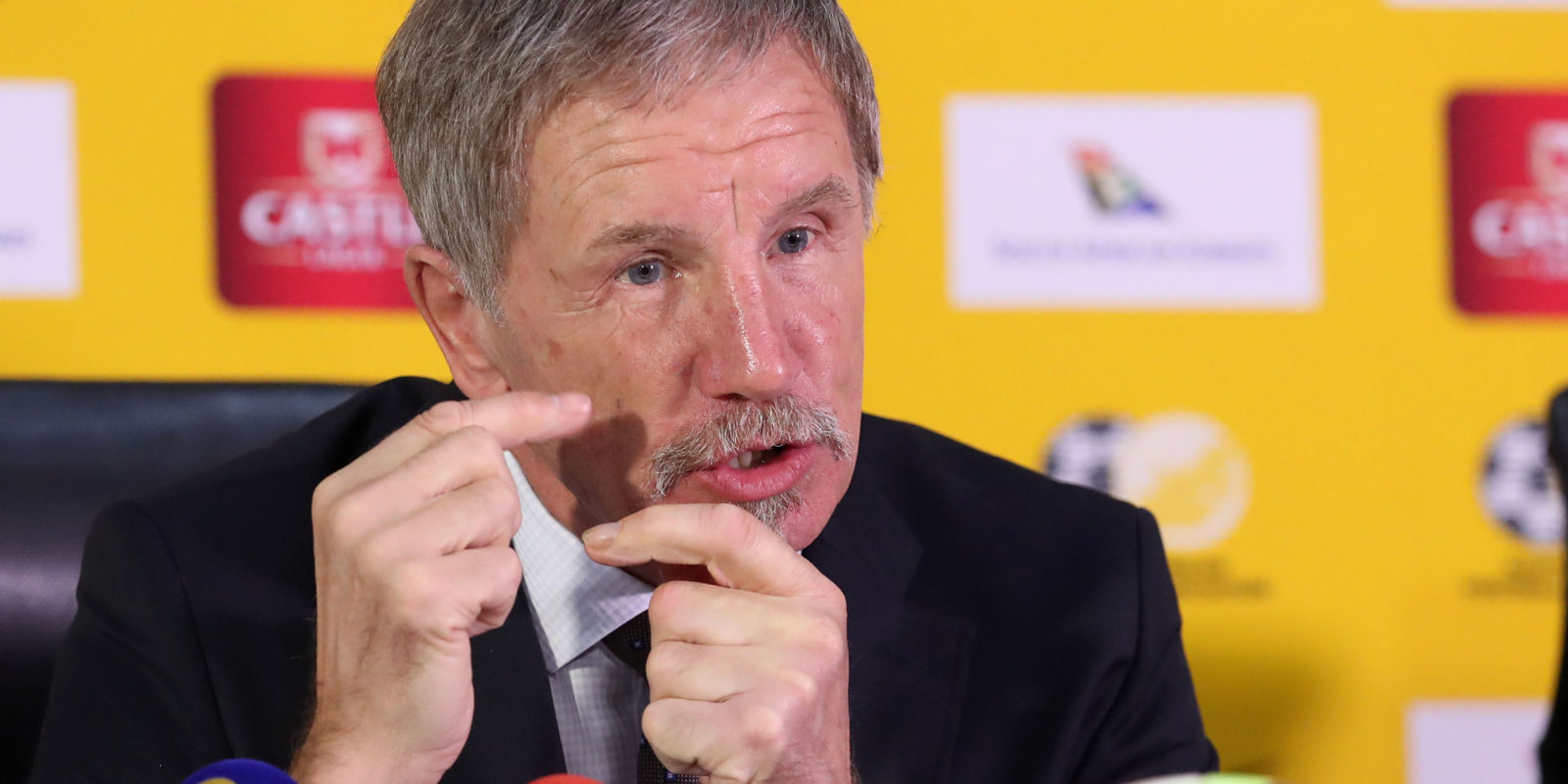 The Africa Cup of Nations is just a month away and coach Stuart Baxter has announced an interim team of 30 players which will be trimmed down to 23 in the coming weeks.

South Africa senior national team coach Stuart Baxter has announced a preliminary 30-man squad for the upcoming Africa Cup of Nations (Afcon) tournament, which gets under way in exactly a month.

Bafana Bafana, who are in the so-called group of death with Ivory Coast, Morocco and neighbours Namibia, get their tournament under way on 24 June in Cairo, where they will take on 2015 champions, Ivory Coast.

One of the surprise inclusions was Cape Town City forward Kermit Erasmus. In 2015, Erasmus told then Bafana coach Shakes Mashaba that he was not a backup player after being put on a standby list by the coach.

That being said, Erasmus brings a wealth of experience to the squad, and has been a player rejuvenated under Benni McCarthy at City after joining in January this year.

Fortune Makaringe, who was a source of light in a struggling Maritzburg United team this season, has also been rewarded with a call-up.

Premier Soccer League player of the season, Thembinkosi Lorch of Orlando Pirates, was also unsurprisingly included. Lorch said after winning the accolade that he hoped his success would convince Baxter to play him more regularly going forward.

With veteran goalkeeper Itumeleng Khune still out, after having missed half of the season with injury, the keeper spot is very much up for grabs. Recently crowned PSL goalkeeper of the season, Ronwen Williams, will be competing with Bidvest Wits’s Darren Keet to see who will don the number one jersey.

There was a place for Orlando Pirates midfield hard-man, Ben Motshwari, whom Baxter said “has been consistent and has shown good mentality to go with the good of the match”.

Nikola Tavares of Crystal Palace in England and Joel Unteresee of FC Zurich in Switzerland are also included in the squad, but their involvement depends on whether they receive their passports in time.

The announcement ran concurrently with that of the upcoming Council of Southern Africa Football Associations (Cosafa) cup, in which the under-23 team will participate in place of Bafana.

Baxter said Keagan Dolly and Reyaad Pieterse had been included in the Cosafa squad so that they can get some minutes under their belt prior to Afcon. Dolly, who plays in the French league for Montepellier, has been plagued by injury this past season, but could be a key member at Afcon if he is fully fit.

Baxter has just under a month to finalise his 23-man squad before the team departs for Egypt on 12 June 2019.

Activists in Makana municipality case fear for their lives