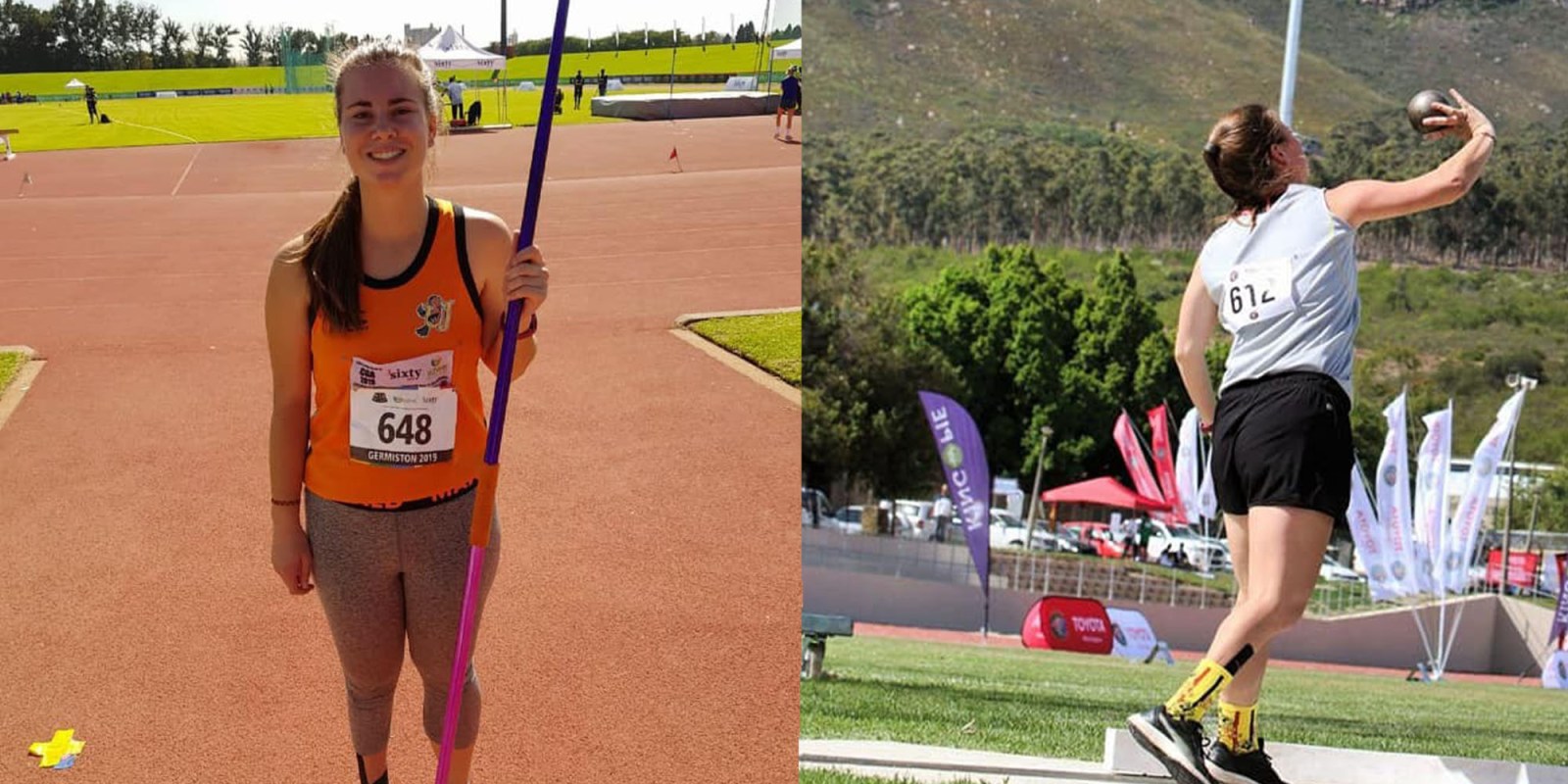 Student-athlete Yane van der Merwe’s star is on the rise. And as she continuously dominates her opponents in the javelin, shot put and discus, the sky’s the limit for the 19-year-old.

At first glance Yane van der Merwe is an unassuming young woman exuding a “girl next door” aura. However, when you take a closer look you find that she has the roaring spirit of a winner.

That winning spirit was evident at the South African Championships at the end of April 2019, where Van der Merwe set a new para-athletics U20 javelin record when she threw a distance of 26.56m to claim gold.

Having grown up in the small town of Trichardt, in Mpumalanga, she says making the move from her home town to Johannesburg to pursue her studies at the University of Johannesburg (UJ) has been a major leap.

Van der Merwe lives at a sports residence of the institution’s Kingsway Campus. Despite her reserved nature, she has made friends quite easily on campus. This has made adjusting to life in the big city relatively seamless.

She is multi-talented, competing in javelin, shot put and discus, and is ranked first, second, and second on the African continent in those respective events in her classification.

She admits that balancing academia and sport has been tricky, but she has coped, thanks to the support system she enjoys from her family, friends and the structures at UJ.

“Training is a bit hard because I train five times a week. So, it’s a bit hard fitting it in with everything else I have to do. Even when I go out and compete, I have to come back and catch up on all my work. Luckily the lecturers are very helpful and understanding,” Van der Merwe told Daily Maverick.

She says her love for sport was cultivated in primary school, when they were encouraged to participate in as many sports as possible until they found their groove.

“Javelin is my favourite, I’ve been doing it since 2012, when I was in Grade 6. Then I started with shot put in high school,” the BA Sports Development first-year student said.

Born with club foot, which severely limits her movement, Van der Merwe says throughout most of her schooling she competed with able-bodied peers and trounced them. It was about three years ago when her interest in para-athletics was piqued, thanks to a friend she trained with.

“After she told my mother and me about it, we did some research and I began competing in para-athletics towards the end of 2016,” said Van der Merwe.

She competes in the F44 classification in disability athletics.

“Class F44 means that you have a joint below the knee that does not function properly. For me it is my right ankle as I have only a limited degree of function, meaning I cannot move my ankle in any way,” she said.

She first put her hand up as a force to be reckoned with when she won the U18 girls’ javelin event at the national champs in Port Elizabeth in 2017, and has since gone on to win a string of medals.

Her most recent medal was at the South African Championships that took place at the end of April 2019, where she set a new U20 javelin record when she threw a distance of 26.56m to claim gold.

The athlete says breaking the record was a pleasant surprise.

“I was really surprised when I broke my javelin record of last year (2018) after not throwing such a good distance at the champs earlier this year in Stellenbosch. I was actually going for the discus record, especially after I just missed it last year,” said Van der Merwe.

The highlight of her career, she said, came at the International Wheelchair and Amputee Sports Federation World Games in 2017 in Portugal.

“I came home with a gold medal for javelin and a bronze medal for shot put. That has been my biggest achievement so far.”

The 19-year-old says her next big target is the World Para Athletics Junior Championships that will take place in Switzerland at the beginning of August. This will be her final competition as a junior — and she hopes to sign off gloriously by breaking the African junior javelin record.

Long-term, she has her sights firmly set on the 2020 Tokyo Paralympics.

Asked if she has any advice for other small-town young ones looking to follow in her footsteps, she says:

“Ag geez, I was hoping you wouldn’t ask me that one! But anyway, I’ll say this: if you set your mind to it, and believe in yourself, you can be successful”. DM