One door of learning has opened, but the others are still firmly shut 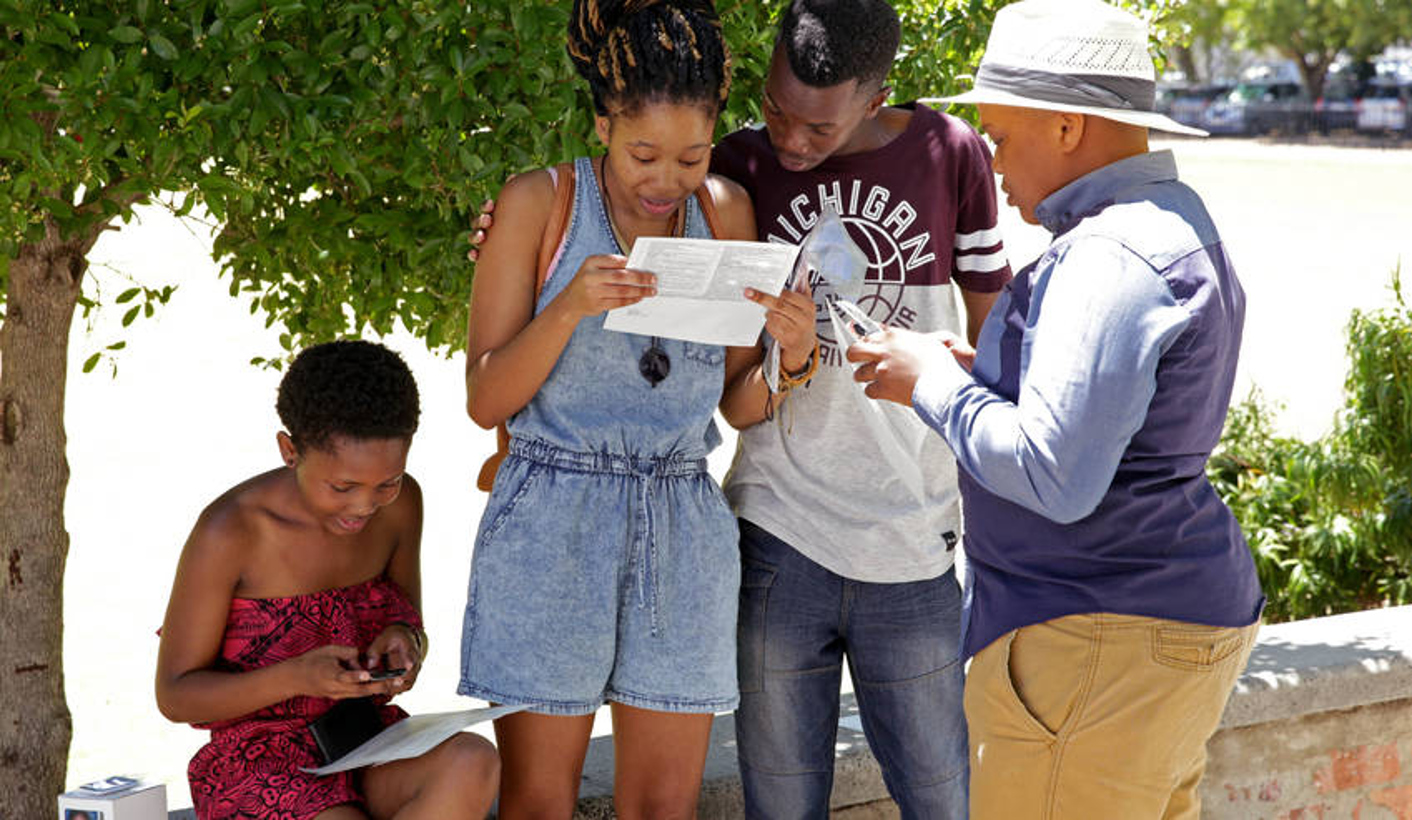 Unless we fix the school system, the gains won by the #Feesmustfall campaign will mean very little. By Gillian Attwood for GROUNDUP

After the #Feesmustfall campaign, the doors of universities are open. But without access to quality primary and secondary education, the roads leading to those doors are still blocked for most students. Why, 25 years into democracy, is this still the case?

Though it’s an insufficient indicator in itself, we often look to the matric pass rate to assess the education system. 78% of learners passed matric in 2018. However, that figure does not take into account the 489,000 learners who dropped out of school on the way to matric. If we take them into account, only 40% of those who started Grade 1 in 2007, passed matric in 2018. Of these, only 17% obtained bachelor passes.

By the Department of Education’s own admission, this appalling state of affairs is because of the “inability of many schools to get teaching and learning right, and the burden of home background disadvantage.  Statistics bear this out: both students and teachers rank near-bottom in comparative international benchmarking tests.

Yet research shows that South Africa’s spending at the basic education level is comparable to countries in the Organisation for Economic Cooperation and Development (OECD), most of which are much richer.

So it seems budget is not the problem so much as the poor and wasteful nature of our spending. Add to this situation, a weak and unaccountable teaching force. SA’s teachers rank poorly (see page 29 of link) in comparison with peer countries, and score even lower than teachers from some poorer African countries. Rates of absenteeism are high, with teachers in rural areas and townships spending an average of 3.5 hours a day in class, compared to the 6.5 hours spent by teachers in former Model C schools. And if we look at Early Childhood Development, we see another layer of dysfunction. Children are being set up to fail through inadequate preparation for entry into the foundational learning phase. ECD is where the grounding for tertiary education starts, and where greater expenditure would make the most economic sense.

Poor education is one of the most serious constraints to economic growth. There is a direct correlation between low levels of education and high levels of unemployment. Stats SA’s 2018 figures show that only 7.9% of graduates are unemployed, compared to 28.2% of matriculants, and 31.9% of those without matric. The more education you have, the better your chances of finding a job.

But what about those who do make it through the eye of the needle, and enter the tertiary education system? What kind of scenario awaits them?

Anson Willemse from the Western Cape is coming third in his matric 2019 class. He has achieved this position while sharing a Wendy house with 10 others.

Like many in his generation, he faces enormous challenges and does so with almost complete invisibility. With all his potential, if Anson makes it to university, he will find that this is where South Africa’s two realities collide – South Africa with a failing school system in townships and rural areas, and the South Africa that boasts some of the best tertiary institutions in the world. For those coming from private and former Model C schools, the transition is relatively easy, but for Anson and his classmates it may be financially, emotionally and intellectually brutal.

According to the Council for Higher Education, only 50% of bachelor students graduate in the expected time, with 20% of students taking an additional two years to complete their degrees. An even smaller proportion of students proceed to postgraduate study – which is where scholarship opportunities become more easily accessible. The poor throughput rate at university level affects both the financial means and the self-confidence of students struggling to stay afloat in tertiary education, particularly at undergraduate level.

Learners enter universities carrying with them deficiencies in reading and comprehension, and analytical skills – deficiencies all accumulated in the early grades. A huge strain is placed on available resources, and students, burdened by a system that has failed to prepare them, take longer to graduate, occupying places that should be available to new entrants. The system becomes clogged and overloaded.

The origins of our education crisis lie in the harrowing history of our previously segregated and oppressive education system. That history continues to poison our present, adding a bitter ingredient to the stew of new challenges emerging in the ongoing crisis. However, we cannot continue to fail our youth who have been and still remain, sabotaged by a broken schooling system. We have to build the road that leads to the door of higher education.

Southern Africa’s development depends on strong leadership in key fields. Without knowledgeable, innovative, creative and independent thinkers and researchers, our ability as a society to effect change is limited.

The Canon Collins Trust calls on President Cyril Ramaphosa and the Minister of Basic Education to implement urgent reforms and work with everyone concerned to address the disconnect between basic and tertiary level education. We cannot wait another 25 years. DM

Gillian Attwood manages the South African office of Canon Collins Trust. She has 25 years’ experience in education in southern Africa and holds a PhD in Education from the University of the Witwatersrand.