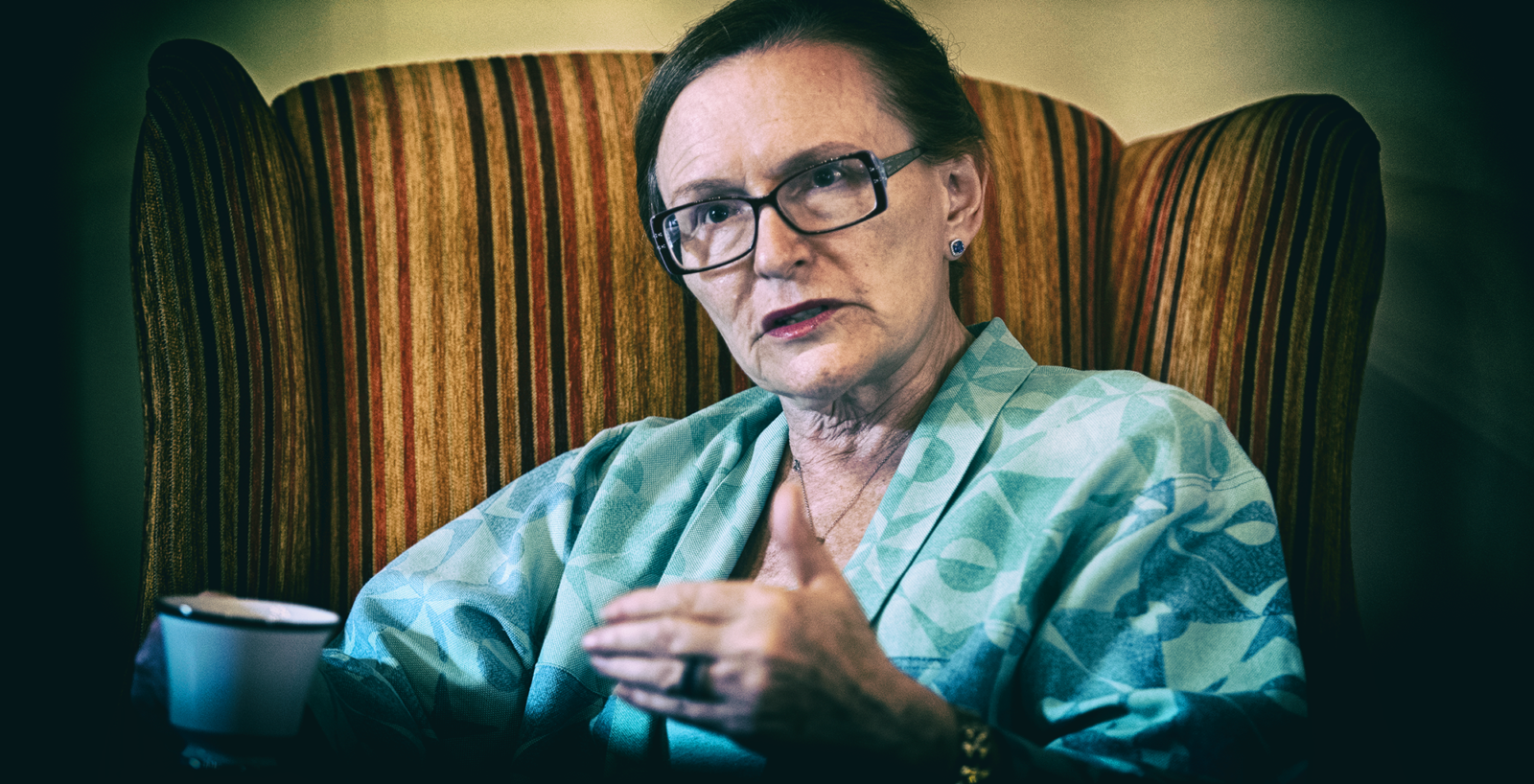 Western Cape Premier, Helen Zille, is set retire after her second term as Premier after the May 2019 general election. She talks to Murray La Vita in her residence, Leeuwenhof, in Cape Town. Photo: Jaco Marais

After former DA leader Helen Zille embarked on a tweeting spree which included favourable references to the apartheid education system, pressure has been mounting on the party to take some action. Although the DA says it has communicated its disapproval to Zille, she is now effectively freed from disciplinary consequences as an ordinary party member. But the same does not hold true for DA figures like MP Ghaleb Cachalia.

Former DA leader Helen Zille’s often controversial Twitter behaviour has appeared to cross a new threshold in recent days. In the course of a rant dismissing the concept of “white privilege” as a meaningless generalisation, Zille also favourably compared the apartheid education system to that under ANC governance.

Her tweets included the comment that one difference between the apartheid administration and the ANC was that “textbooks were actually delivered then [under apartheid]”.

When numerous Twitter users objected that those who benefited from apartheid education were predominantly white, Zille doubled down: insisting that during apartheid, textbooks were delivered “to everyone”.

As Kenneth Hartshorne’s 1992 scholarly work Crisis and Challenge: Black Education 1910-1990 makes clear – along with abundant other sources and the lived experience of black South Africans during this era – the quality of education given to black South Africans under apartheid was compromised in part by a lack of textbooks. This was inevitable given that the so-called Bantu Education system was required to school the majority of the population with roughly one-tenth of the money afforded to white education.

Although Zille’s recent tweets have included other contentious observations, her statements about apartheid education in particular are noteworthy because they call to mind another DA social media scandal which was treated quite differently.

In 2015, DA MP Dianne Kohler-Barnard was originally expelled from the party after sharing a Facebook post which engaged in similar apartheid revisionism. The post in question read: “Please come back [apartheid president] PW Botha – you were far more honest than any of these [ANC] rogues, and you provided a far better service to the public.”

Although Kohler-Barnard’s DA expulsion was subsequently revoked following an appeal, and she has since returned to Parliament as an MP, there is no doubt that the party took swift remedial action in that instance.

Daily Maverick asked DA federal council chairperson James Selfe to comment on the difference between the Kohler-Barnard and Zille cases, since both can be interpreted as public expressions of apartheid nostalgia potentially harming the party’s reputation.

“Both cases are condemnable and do not align with our values, which has been communicated to Ms Zille,” Selfe replied.

But because Kohler-Barnard was a parliamentary whip and MP at the time of her Facebook post, she was subject to the party’s disciplinary measures applying to elected DA representatives. Zille no longer falls within that category.

“Ms Zille holds no elected or appointed position in the party,” Selfe confirmed. “In effect she is an ordinary member of the party.”

“Ms Zille’s case is being dealt with appropriately in line with the party’s general application of policies and procedures.”

Selfe sent Daily Maverick excerpts from the party’s social media policy, which explicitly prohibits the creation of “unnecessary risk or embarrassment to the party” by means of the “misuse of social network sites”.

However, the policy’s precepts apply to current DA “employees” rather than mere members. There is also no mention of former employees.

Though Zille may escape any significant sanction from the DA as a result of her new position-less status within the party, the same does not hold for other DA figures who are currently on the party’s payroll.

DA MP Ghaleb Cachalia has also found himself in hot water in recent days after a tweet in which he referred to gay radio host Eusebius McKaiser as “a woman scorned”, evoking condemnation for Cachalia’s use of a tired homophobic trope in which gay men are referred to in “feminised” terms.

Cachalia has since doubled down on his position, refusing to apologise and tweeting criticism of “identity politics” and “woke culture” in terms very similar to Zille’s.

But unlike Zille, Cachalia is still subject to the restrictions of the DA’s social media policy. Daily Maverick understands that more than one complaint has been laid internally within the party in response.

“Mr Cachalia’s matter has been referred to the party’s federal legal commission for investigation,” Selfe confirmed to Daily Maverick.

What the party’s current social media fracas suggests is, once again, an ongoing tussle within the DA over the identity and direction of the party. While Zille and Cachalia have invoked traditional liberal arguments of free speech to defend their positions, it is clear that there is substantial discomfort in other (mainly younger) quarters of the party over their public utterances.

Although current DA leader Mmusi Maimane had, at time of writing, not issued any direct critique of his predecessor’s views, other DA figures have openly condemned Zille.

DA KwaZulu-Natal leader Zwakele Mncwango told the Mercury that he found Zille’s recent tweets “offensive” and had raised his views within the party.

“Don’t cause unnecessary offence and be an arsehole, and then try to hide between free speech and liberalism like we all didn’t do Politics 101. Yes we get it, you can offend, but then don’t cry when you’re punished at the polls for being a dick.”

In the case of Helen Zille, the DA faces a problem it has never had to confront before: how to deal with a loose-cannon former leader who commands the party’s single largest social media following and who is perceived as continuing to represent the DA’s basic ethos in the eyes of many South Africans.

It has to deal with this issue while continuing to wrestle with the fallout from 2019 election results which revealed that the DA had grown its support by only 0.4% with black voters since the last general elections: an untenable situation for any party which strives for meaningful power in South Africa.

With Maimane scheduled to address the media at Parliament on Tuesday, he can expect to be called upon to address the Zille problem more directly than he has to date. DM