As governments enforce healthier lifestyles on us all,...

As governments enforce healthier lifestyles on us all, iconic brands are under attack 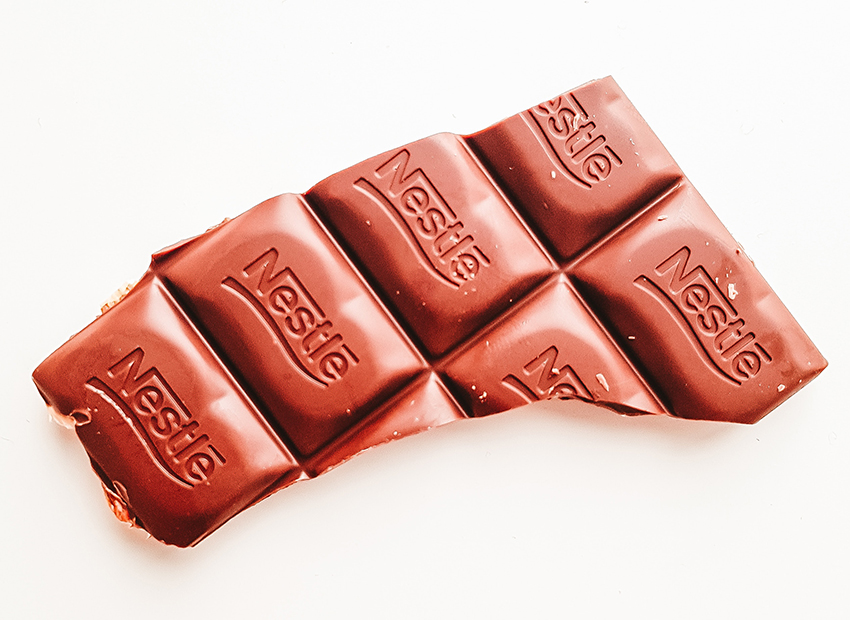 Photo by inma · lesielle on Unsplash

From chocolate bars to wines, some of the world’s most influential brands are being targeted by governments. There is a sensible health debate to be had around responsible consumption, but unproven laws are not the solution. Punishment is not the way to change consumer habits.

Some of the world’s most iconic brands are under threat as international policymakers try to legislate consumers into healthier habits. From global giants Kraft and Nestlé to more familiar favourites such as Castle Light and Kanonkop Kadette, regulators have them all in their sights.

In 2018, the Liquor Amendment Bill was introduced to South Africa’s Parliament by the Economic Freedom Fighters, which proposed a blanket ban on alcohol advertising as well as the introduction of new warning labels.

Much like the Public Health (Alcohol) Bill in Ireland, which became law in 2018, regulating advertising and promotion and introducing mandatory cancer warnings, it would also see all alcohol branding removed from sports events and teams in South Africa.

In Ireland, the very heart of where it was invented, any public promotion or reflection of the beloved Guinness brand will soon no longer be allowed — and it’s just renewed its sponsorship of the Six Nations Rugby tournament.

Does the same fate await Castle Lager in South Africa? It already has an extended relationship with Cricket South Africa and the Proteas and it’s one of the country’s most sold beers.

The growing number of packaging regulations and restrictions in the food and drink sectors across the globe threaten the very existence of the brand names that have become part of consumers’ lives over the years and simply barrier the market for smaller players and start-ups who rely on packaging to introduce and promote their products.

Brand Finance has estimated the potential value loss to global businesses at close to US$300-billion if tobacco-style “plain packaging” brand restrictions are extended to the beverage industry. Household favourite, the Coca-Cola Company, would stand to lose $473-million in brand value alone, and that doesn’t include the cost of job losses.

Coca-Cola has already reported a decline in volumes in UK and SA due to the impact of new soft drinks taxes introduced in both countries in 2018. In response, Coca-Cola has been approaching sugar reduction through various initiatives such as reformulation, lower-calorie alternatives, and smaller pack sizes.

In South Africa, the Sugary Beverages Levy (part of the Health Promotion Levy) is fixed at 2.1 cents per gram of the sugar content that exceeds 4g per 100ml. It was introduced in April 2018, at the same time as the UK version — the Soft Drinks Industry Levy (SDIL) which applies to beverages with more than 5g sugar per 100ml.

But that was just the start. The UK Labour Party has vowed to ban Tony the Tiger, Coco the Monkey and a menagerie of cartoon mascots that adorn children’s breakfast cereals, saying that refined sugar is “every bit as deadly” as tobacco, and the advertising industry’s tactic of using playful characters to appeal to children is “grossly irresponsible”. That might sound far-fetched, but policymakers in Chile have already removed Tony the Tiger from Kellogg’s Frosty Flakes and covered the moustachioed Pringles man with a dark circular sticker.

In 2011, the Danish government introduced a fat-tax, levied at 16 Kroner (around $2) on food items with more than 2.3% saturated fat, and planned a more general sugar tax. However, the fat tax was abandoned after 15 months when surveys suggested only 7% of Danes had reduced their fat intake.

This was after 1,300 jobs had already been lost as Danish shoppers crossed into Germany or Sweden to purchase their favourite foods. The proposed sugar tax was abandoned and the soft drinks tax abolished, too.

While we are yet to see the impact of South Africa’s sugar levy, Graeme Stainbank of the South African Cane Growers Association has warned that the revenue loss incurred from the sugar tax will translate into severe job losses, putting up to 10,000 jobs at risk in the cane-growing sector alone. And that doesn’t include potential job losses in the sugar milling and non-alcoholic beverage industries.

According to a report by research company Econometrix, there would be a R4.38-billion loss in ad revenue if South Africa’s Liquor Amendment Bill goes through. Indeed, SABC could lose half-a-billion rand in ad revenue a year, DSTV could lose R440-million and e.tv would lose R300-million, were the ban to go ahead. Commercial regional radio stations would lose R55.2-million and metropolitan radio stations R44.6-million.

Whether it’s Lynn Moeng, the chief director of nutrition in the South African Department of Health, looking to place warning labels on junk food, or Professor Karen Hofman, health adviser to the South African government, who said sugary drinks need to be seen in the same light as tobacco, lawmakers are looking to use tough legislation to dictate people’s behaviour, often with unintended and negative consequences. The state is even considering a tax on junk food, as they have done in Mexico. What does that mean for McDonalds, KFC and Burger King, who have invested enormously in the SA economy?

I’m not suggesting that obesity or excessive alcohol consumption isn’t a problem. South Africa is ranked the country with the most obesity in sub-Saharan Africa with, according to the Healthy Living Alliance, almost 70% of women and 39% of men overweight.

However, the ban on advertising “junk food”, while well-intentioned, is a crude mechanism to decide the fate of food and drink products and could see entire sectors of relatively harmless products also being banned. This is what we saw in London when the Mayor, Sadiq Khan, banned adverts on the London Underground showing butter and jam.

Trying to legislate people into healthier habits by discouraging the use of legal, everyday staples can have unfortunate and unintended consequences, whether it’s hitting people’s pockets, triggering job losses or fuelling illicit trade.

Unbranded alcohol is rife on the African continent, where 40% of the world’s illicit alcohol is consumed. Unbranded, or plain-packaged, goods provide a boon for organised crime gangs as the labels and containers are much easier to fake.

Such consequences can also prove fatal. Tens of thousands of people in Africa die each year because of fake and counterfeit medication, which originates from China as well as India, Paraguay, Pakistan and the UK. That is why having strong intellectual property rights should be used as an effective deterrent against counterfeiting, protecting both the producer and the consumer.

It will also serve a deadly blow to my lifeblood for more than 30 years — the brand and design community. I set up Endangered Species, a grassroots membership organisation, to highlight the unprecedented challenges household brands face around the world from health legislators, government bodies and single-interest lobby groups, all calling for graphic warnings and censorship on many food and beverage products.

Punishment is not the way to change consumer habits. There is a sensible health debate to be had around responsible consumption, but unproven laws are not the solution.

That is why education and co-operation, and not legislation, provide the best way forward. We need to change the tone of the language from being negative to positive. Instead of health warnings and brand censorship, we should use incentives and encouragement. This is well within the design community’s capabilities; legislators just need to be more open-minded and embrace the creative. DM

Ron Cregan has created identities and campaigns for brands around the world for more than 30 years. His clients include Gauteng Province-South Africa, MTN, Coca-Cola, London Olympics, FIFA, Pfizer, Harley-Davidson and Johnny Walker.