Another day, another wildcat strike on South Africa’s...

Another day, another wildcat strike on South Africa’s platinum belt 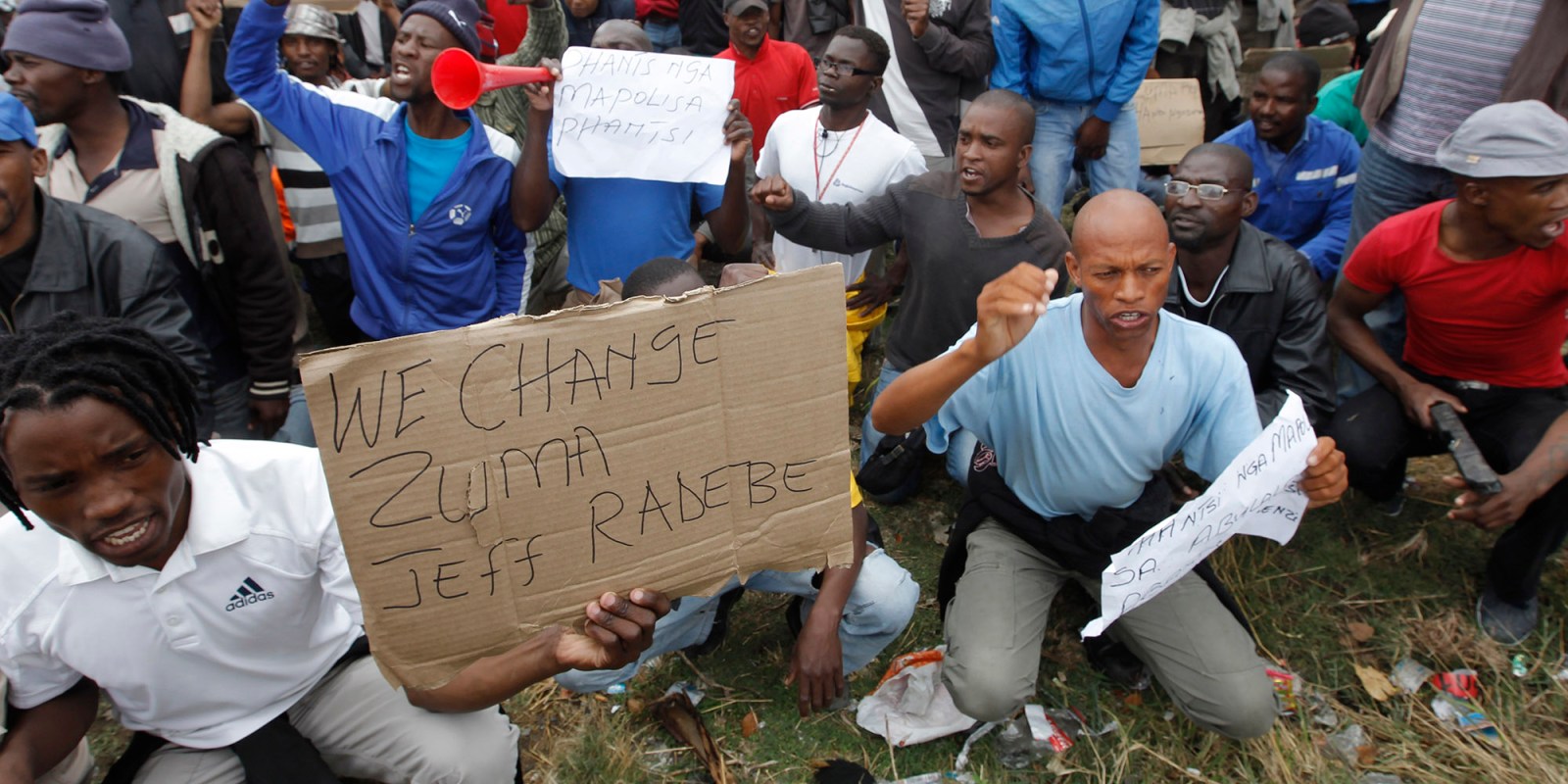 Anglo American Platinum, the world’s top producer of the precious metal, has just dismissed hundreds of workers at its Mototolo mine for taking part in an unprotected strike. This is not that unusual on the platinum belt, which remains a flashpoint of social and labour unrest. What is unusual is the union behind it: the General Industrial Workers Union of South Africa. Given the union’s obscurity and apparently small size, the dispute has a good prospect of getting resolved, while underlining the fraught labour environment mining companies in SA operate in.

You have probably never heard of the General Industrial Workers Union of South Africa (GIWUSA), though its tactics are far from unheard of, with a page straight out of the far better known Association of Mineworkers and Construction Union’s (AMCU) playbook.

According to Anglo American Platinum, GIWUSA served it with a strike notice at its Mototolo Mine on Thursday 9 May. Amplats said on Monday that the dispute centred on alleged changes that the company made to the employees’ medical scheme after the mine was acquired in November 2018 from Glencore. Amplats said the union alleges this was a “unilateral change” in conditions of service imposed on its members, while it says the plan has “similar benefits”.

Amplats subsequently got an interim court interdict against the proposed strike, but the GIWUSA members still downed tools on Sunday 12 May in what was effectively a wildcat strike. Under South African labour law, workers who take part in such industrial action can be dismissed, which is why they are called “unprotected” strikes. Amplats has done just that, sacking half of Mototolo’s underground staff, 643 workers in total. Tuesday, 21 May is the deadline to appeal their dismissals.

On one hand, for the company, this not such a big deal. Amplats says the impact on production has been “minimal” and it hopes to resume full production soon. Mototolo accounts for less than 6% of group output, churning out 57,700 ounces of platinum group metals in Q1 versus almost a million ounces for the entire company. And GIWUSA is hardly a labour powerhouse. One senior source with another union told Business Maverick that a breakaway from the union was recently formed and that it is riven with internal bickering. Another union source said GIWUSA’s only recognition agreement is at Mototolo. Business Maverick tried to contact GIWUSA but the number on the union’s letterhead went to a call centre.

On the other hand, this strike, while fairly minor, has worrying elements to it. While there has been no destruction of property or any overt incidents of violence, one industry source told Business Maverick that there have been reported cases of intimidation being used to get workers to down tools even if their action was unprotected. This is one of the ways in which AMCU is claimed to have battered its way onto the platinum belt (allegations the union has always denied).

And the fact of the matter is that an obscure union has disrupted production at a new mine that Amplats has added to its stable. Mototolo is located near Burgersfort, Limpopo, in the restive north-eastern limb of the platinum belt. In April of 2018 Reuters reported, using data provided to it by Amplats, that in 2016 and 2017 and the first three months of 2018 there were more than 400 incidents of social unrest that disrupted mining operations in that region.

Over that period, there was either a service delivery protest or wildcat strike or march every second day that impacted mining operations in one way or the other. As wage talks loom in the platinum sector, this latest incident serves as a warning of the tensions bubbling in the mine shafts and the threats to social stability, production and profits these pose to the mining sector and mining communities. DM