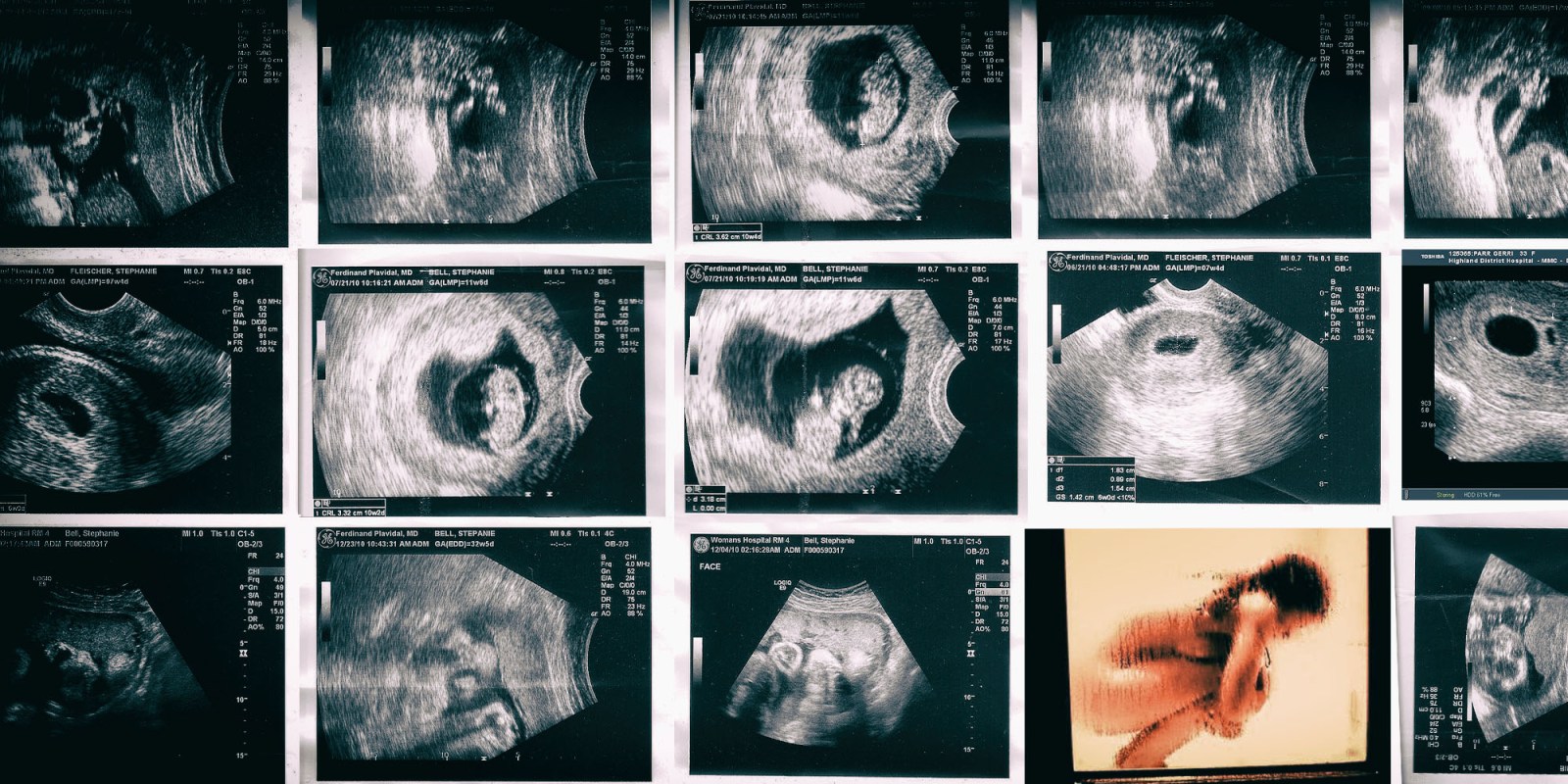 It’s no coincidence that Alabama, the US state that has just voted to ban abortion almost totally, has a statue to the man labelled ‘the father of gynaecology’ and who learnt his trade experimenting on female slaves. This was one of the lessons learnt by a group of South African girls, who found out on road trips in the US and Kenya that reproductive rights are under attack in both countries, write India Baird and Kelly Petersen.

In October 2018, on a civil rights road trip across the American South with teenage girls from the United States and South Africa, our group, all with the South African NGO BRAVE, came across the statue of Dr Marion Sims.

Tucked in alongside the larger-than-life statues of Confederate soldiers at the Montgomery State Capital, the much smaller statue of Dr Sims hails him as the “Father of Gynaecology” and lists his numerous international awards for the treatment and care of women’s reproductive rights.

Behind this façade is a much darker story.

Dr Sims’ legacy was cemented by operating on girls and women he bought as slaves. And his legacy of ignoring the rights of women to have agency over their own bodies was further entrenched in May 2019 in Alabama when Republican governor Kay Ivey signed a new law which, if court-approved, would end “most legal abortions in the state and make it a felony punishable for up to 99 years in prison for doctors to perform one”.

According to the New York Times of 16 May 2019, recent polls have found that many Alabama citizens, including a large percentage of women, are anti-abortion. However, in October 2018, the 16 South African and American girls from the BRAVE road trip, all from under-served communities of colour, heard a different story from women and girls who must take personal and professional risks to defend their constitutional rights.

In Montgomery, after sharing an emotional day with women and girl activists, the girls wrote letters to Governor Ivey demanding the removal of the statue of Dr Sims — and the construction of a memorial to the women he bought and sometimes killed in his experimentation.

The girls were distraught after hearing the horrific details of the torture of Anarcha, a teenage girl roughly their age, and other women who suffered at the hands of a now-celebrated Alabama “hero”. In October, the girls on the BRAVE road trip could already sense that the rights of girls and women were being chipped away again.

Women in Selma told the girls about their own struggles to get reproductive healthcare in a state where many counties don’t even have a gynaecologist. We travelled to Alabama (and Tennessee and Mississippi — the three States with the lowest voter registration and turnout in the country) on the second part of a two-country road trip to learn more about the role of girls and women in the anti-apartheid movement in South Africa and the civil rights movement in the United States.

While we hoped to find shared successes in the two struggles for equal rights, we did not expect to find an equal number of shared limitations on girls and women’s’ reproductive freedom still in place today.

In both countries, many girls and women struggle to obtain pre-natal care, birth control and abortions, even if the pregnancy is a result of rape. In South Africa, only 7% of the country’s health facilities provide abortions. In both countries, it is those girls and women whose rights were denied due to their race and income during the years of apartheid, slavery and Jim Crow, who still suffer the most.

Over and over again, women in Alabama repeated the same story that Emily Capilouto from Birmingham, Alabama, told to the New York Times in the article referred to above (“In Alabama, Opposition to Abortion Runs Deep”, 16 May 2019):

“Girls and women do not talk about their health issues here.”

Even if polls report that many Alabama women favour a ban on abortion for religious reasons, many women also remain silent out of fear. Girls who live on the Cape Flats who were on the BRAVE road trip to Alabama also reported that they do not seek reproductive healthcare for fear of being turned away or shamed for “bad behaviour” by clinic nurses.

Even after democratic elections in 1994, women and girls in South Africa were still required to physically touch those they accused of rape in court, a legal requirement that ensured many rape survivors would never come to court out of fear. While this restriction has been removed, the stigma of reporting rape remains. These girls and women, in both Alabama and South Africa, are often not counted in polls. And in both countries, they are also less likely to vote in elections where they believe there are no candidates to protect their rights.

In South Africa, with the election of Cyril Ramaphosa as president on 8 May 2019, girls and women are again hopeful — optimistic that their rights will be placed back on the agenda after being ridiculed for many years by a former president accused of rape (he was later acquitted). As in Alabama, former President Jacob Zuma’s behaviour was defended by other women, including the African National Congress Women’s League, which ignored the country’s reputation as the “rape capital of the world”.

While voter turnout was relatively low in the 2019 national elections, women voted for Ramaphosa, a man whom they hope will defend women’s constitutional rights to equal access to reproductive healthcare and safety from sexual violence.

But in Alabama, the reverse seems to be true. If one believes the polls, women are rallying behind their Republican governor and an almost entirely male legislature (and a president) intent on denying women the basic human right to make decisions about their own bodies. With the statue of Dr Marion Sims looming down on the state in Montgomery, girls and women in Alabama will once again be placed in the role of Anarcha and the other women on whom Sims experimented.

In October 2018, across the state, in both Montgomery and tiny towns located far from the political centre, women cried out in solidarity with the young girls on the BRAVE road trip. The girls empathised with the plea of girls in Alabama — and united with them to help address not only the wrongs of the past, but the rapid deterioration of their human rights today.

These young women took the time to listen to and amplify these often-ignored voices so that the girls and women of Alabama — and around the world — will not become objects for experimentation once again. Until these girls’ rights are respected, the archaic and inhumane values of Dr Sims will remain cemented in stone.

The ability for girls to be decision-makers about what happens to their bodies, and in particular, their reproductive health, is also under threat in Kenya.

Last week, BRAVE returned from its most recent road trip, to northern Kenya, where 12 girls reported on the challenges facing girls there. As in Alabama, the girls’ right to decide what happens to their bodies and reproductive health is often taken out of their hands.

Cultural practices are not an excuse when a girl’s life is threatened due to harmful, often life-threatening cutting of their bodies. In Kenya, if a girl becomes pregnant before she is married, the women elders may force her to abort, often sitting on her stomach, giving her herbs, and putting her life at risk.

BRAVE unites with organisations across the world who are working to empower girls and amplify their voices, ensuring that their rights are protected. On our trips, girls listen to girls’ stories, seek common solutions, and advocate for their rights.

In South Africa, Kenya and the US, many girls and women still live in fear, too afraid to speak out. A few BRAVE African girls are helping make their voices heard, before more girls’ lives are destroyed by archaic, inhumane practices and biased laws. DM

India Baird is the co-Founder and Director, BRAVE (www.brave-girl.org), a South African non-profit that inspires and empowers under-served girls to be leaders, and a human rights lawyer who worked with the African National Congress Constitutional Committee on children and women’s rights from 1991-1994, then from 1996-2001, ran the Bureau of Justice Assistance, a joint project of the South African Ministry of Justice and the Vera Institute of Justice in NYC, where she implemented the Thuthuzela Rape Care Centres for survivors of gender-based violence. In July and October 2018, India led a group of 16 American and South African girls on a two-part road trip to the US and South Africa to explore the role of women and girls in the anti-apartheid struggle and civil rights movement.

Kelly Petersen is a Senior Girl Leader and co-Founder of BRAVE and a recent matriculant from Manenberg High School. She was one of 16 girls selected for the BRAVE Road trip to the US in October 2018.