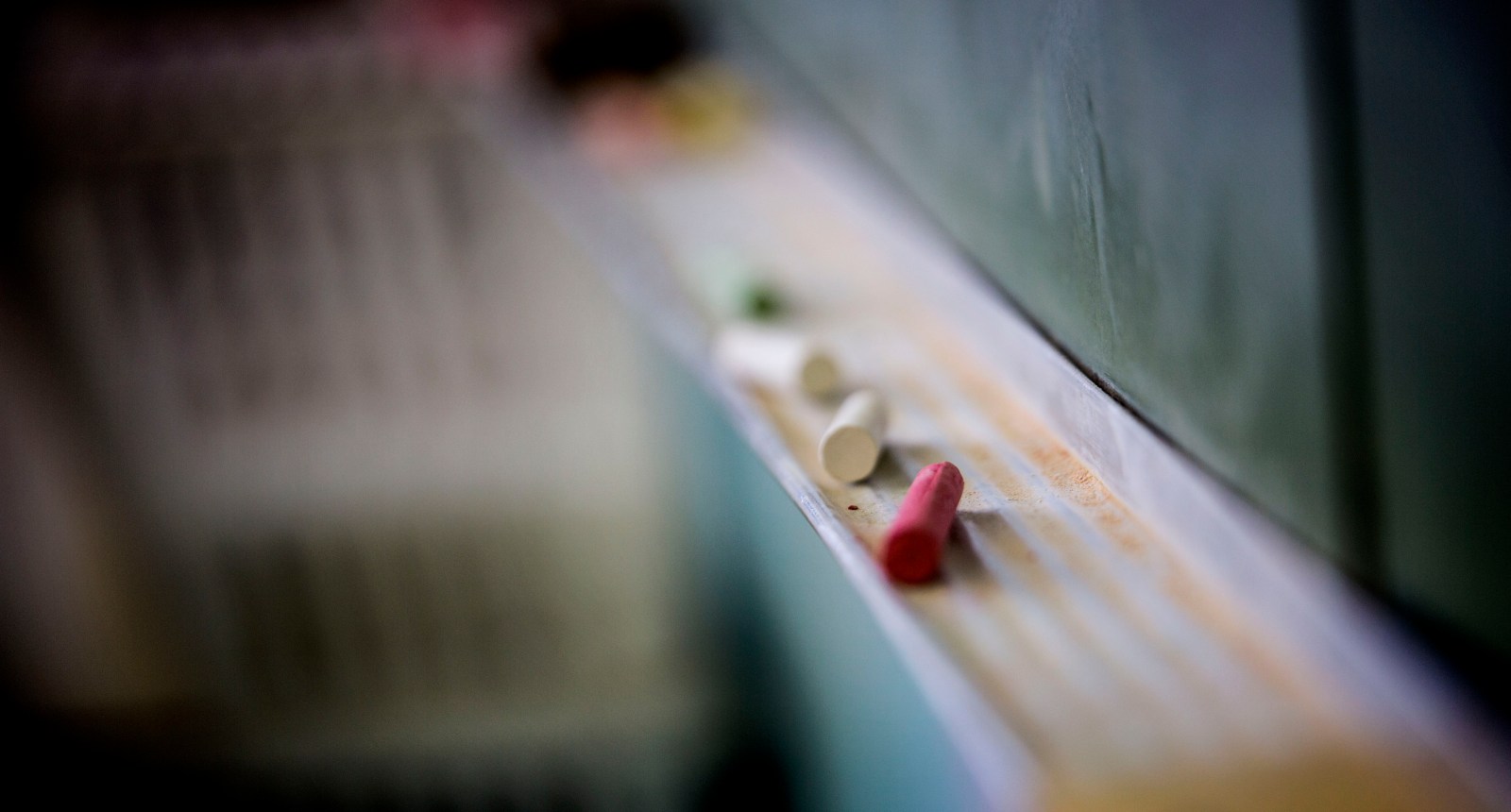 Chalk in a classroom in Cape Town. 3 March 2018. Photo by Leila Dougan

The Gauteng Department of Education has announced that the 2020 online admissions for Grade 1 and Grade 8 learners will resume on Monday 20 May 2019.

On Sunday 12 May, all 2020 online admissions in Gauteng were postponed following an outburst from various lobby groups over aspects of the system.

Gauteng MEC of Education Panyaza Lesufi announced on 12 May that the department would undergo a consultative process with groups that had objected to the system.

Lesufi said that the department had been disappointed with the postponement because it had consulted every school before the new regulations were introduced.

Issues raised with the department included technical failures of the online system and certain aspects of the amended admissions regulations under which the department operates.

Outlining and responding to the main arguments from the lobbyists, Lesufi said:

“In all their legal documents, they complained about the home address having a superior hand to determine where the parent can locate their children, instead of the work address.

However, Lesufi said that the home address argument was being used as a divisive tool to exclude learners. Most parents who opted to provide their work address in applications were those who had been previously excluded from these schools.

The inability of the system to use language as a determinant of a parent’s choice of school was questioned.

Lobby groups argued that if a parent selected Afrikaans as their home language when applying, the school options made available to them by the online system should be of schools that used Afrikaans as a medium of teaching and learning.

“In resolving this issue we made sure that no language is superior. All languages are important. If anyone wants to use Zulu as a school determinant, they now have that option. It must not only be this language (Afrikaans) but it must be all languages and that aspect was then finalised in that fashion,” said Lesufi.

Lesufi said that the department was not entirely happy with this settlement because race was used for statistical purposes, not to determine school placement.

The department did, however, reject the objection relating to placement of Grade 1 learners in a school based on the fact that they had completed Grade R at the same school.

“Our argument is simple. Grade R is not a legislated schooling grade as it’s not part of the South African Schooling Act. So we rejected that aspect and we are happy that Fedsas rejected their statement on this one,” Lesufi said.

The department said it was happy that there was no legal case against it as “all parties that have written letters to (the department) have indicated that they are satisfied”.