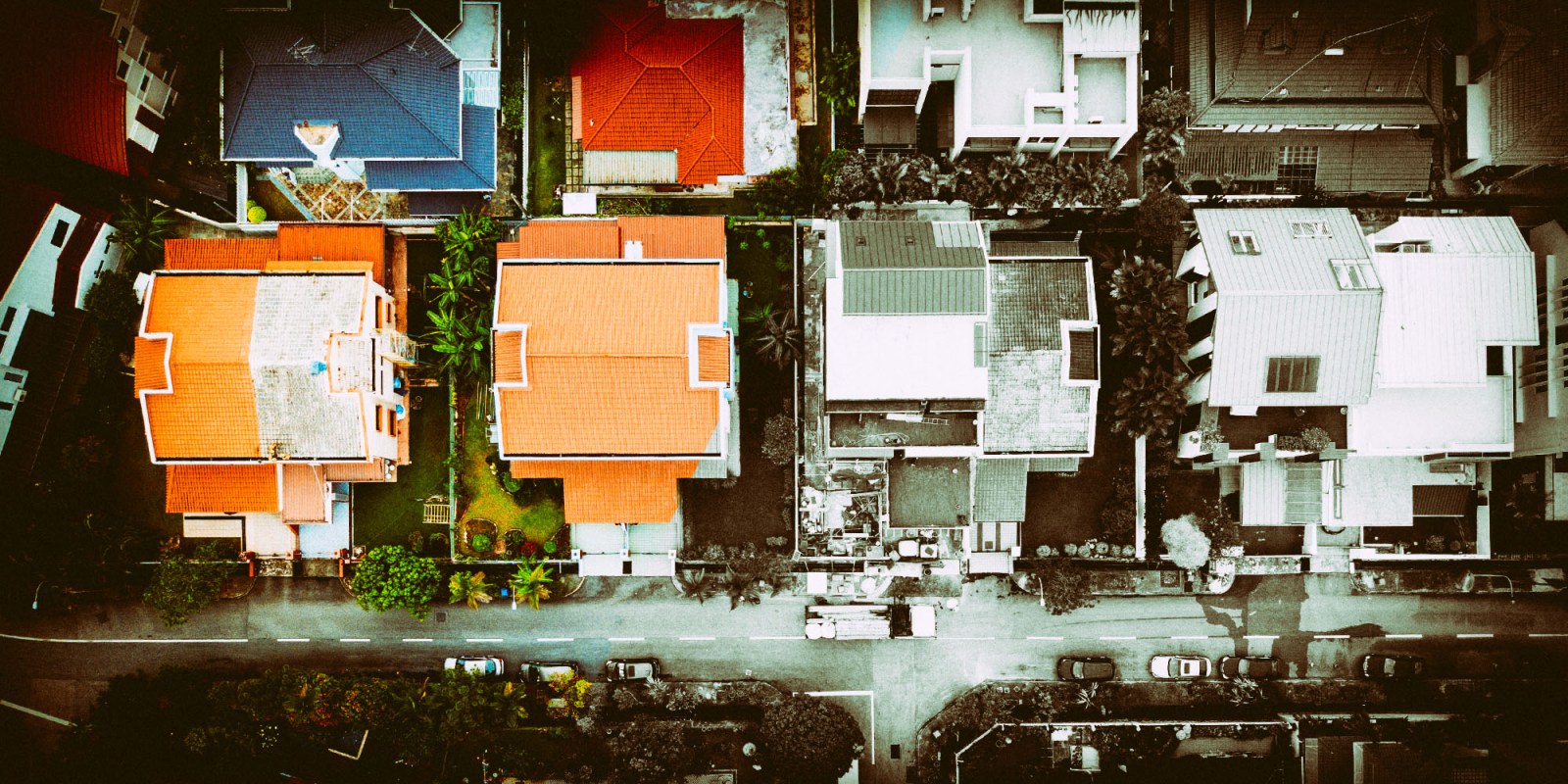 This year, listed real estate abroad has known few boundaries. Not only did it kick dust in the eyes of SA property players, but its returns were also in excess of all international equity sectors and the bond markets. Indeed, a top portfolio performer. But not all shares are as safe as houses and the picking process runs deep. However, it hits the spot when you get it right, and if the rand is weak, the deal gets even sweeter.

Global real estate was up around 15% year-to-date, in terms of the FTSE EPRA/NAREIT developed market Index, measured in US dollars, and it has done relatively well, compared to other asset classes in South Africa and overseas. By comparison, the JSE Listed Property Index (SAPY) returned only 3.4%, while the MSCI World Index advanced 12.8% and the JP Morgan Global Bond Index posted a 2.3% return over the same period.

Peter Clark, portfolio manager at Investec Asset Management, believes this offshore asset class is a solid foundation on which to build a diversified portfolio.

“Its defensive characteristic holds great appeal in a low-interest rate environment. Bond yields are down, so property stock is supported as a yield asset class, and on the capital side growth rates are now stronger than general equities,” says Clark.

“That is what investors back home want in uncertain times,” he says. “A tangible asset, which holds value. In developed markets supply is under control and demand is decent and with underlying property delivering a strong performance, capital growth and inflation-beating returns have been forthcoming.

“Corporate balance sheets aren’t necessarily laden with debt, either,” Clark adds. The global loan to book average is around 30%, according to his research.

The scenario is a lot less rosy in South Africa. Balance sheets are under pressure, and with credit lines tightening, under the dominance of the big four banks, there are instances where covenants have been broken, Clark says. “With limited capital available, total returns have been supported by income yields alone.”

The former glory days are over. Previously, local listed property stocks delivered strong returns, which outperformed just about every other asset class in the country. Anaemic economic growth, credit constraints, and low liquidity levels, over the past few years, have taken their toll, and a general oversupply of brick and mortar stock has not helped the situation.

“The market has gone soft and commercial, retail and residential prices have turned negative in real terms, and the scenario is likely to persist for some time. Acceptable returns will be harder to come by,” adds Clark.

But buying into foreign property shares is more than just chasing yield. It brings diversification to a portfolio and lowers volatility.

Through global property, investors are exposed to different growth rates among multiple developed market economies, a range of expanding underlying sectors and gain exposure to a wide range of real estate investment trusts (REITs) and other listed property vehicles.

“Global real estate investors have consistently received a high dividend yield from this asset class. This forms an important component of total shareholder return, as many investors may prefer to only draw dividends and leave their capital to grow.”

International equities yields were around 2.53% with real estate dividends yielding about 3.97% in US dollars at the end of April. This was according to the MSCI World Net Total Return and the FTSE EPRA/NAREIT Developed Net Total Return indices respectively.

Fairtree’s fund has also outperformed the latter index significantly, since its inception, two years ago. During the 2018 calendar year, it returned 9.4% in rand – a first among its locally domiciled 15 peers. “Going forward we expect high single-digit to low double-digit total returns in US dollars,” Hart says.

Furthermore, over the last 20 years, the rand has depreciated against developed market currencies on an average of between 4 – 6% a year.

“This is what SA investors earned every year on currency alone, over and above the USD product return,” Hart adds.

Active asset managers in this space such as Fairtree, usually take a top-down led approach in asset allocation. They first choose the weighting of the geographical region based on economic, political and other factors, then drill down to a range of underlying industry sectors, followed by a focus on individual stock options.

An example of the initial would be Fairtree’s underweighting in Europe because of the weak economic and uncertain political environment. The portfolio is top-heavy in the US (55%), further spread into the UK (5%), Europe (13%), with the remainder into Asia and Australia.

Hart says the American economy is economically and politically stable, and the Fed’s interest rate cycle has normalised.

“Underlying sectors like healthcare, retail and industrial are well-defined, and new segments like self-storage, cell towers and data centres are growing. Demand in residential is also far outstripping supply.”

Fairtree is also bullish on Asia, an area where it has a lot of expertise. Hart worked in Asia for 20 years, so he knows the stocks and markets there very well.

“We chose the FTSE EPRA/NAREIT Developed Net Total Return Index , which has a stronger focus of this region,” Hart says. “Two-thirds of the world’s population is located there and as these economies develop, and evolve from emerging to developed, we believe that other global market indices will start holding a greater proportion of Asia as well. We would like to be ahead of that trend.”

Garreth Elston, chief investment officer (CIO) of the Reitway BCI Global Property Fund – a seven-year-old rand-denominated unit trust that solely invests in property securities abroad – is a great fan of the US property market as well. But he says there are plenty of opportunities across Europe, even though some of the traditional sectors are in a state of disruption.

As the consumer shift into e-commerce in the US accelerates, leaving derelict shopping centres and bereft landlords in its wake while in Britain, owners of high-street properties suffer from an epidemic of boarded-up shops and bankruptcies, a whole new form of the property industry has emerged.

It has turned the back lots of America and Europe into a digital hinterland of warehouses, data centres and telecommunications towers. According to the Economist, only five Reits in America which service the tech industry are collectively worth $250-billion, more than double their value five years ago. Prologis owns warehouses. Equinix and Digital Realty have data centres. American Tower and Crown Castle International possess mobile-phone masts.

Greater demand for data service and strong growth in e-commerce has become a boon to the owners of industrial Reits, which mostly focus on logistics, with big-box warehouses its backbone.

But as delivery times shorten (like Amazon offering a free one-day delivery to its “Prime” customers for example), Reits are building and leasing smaller warehouses closer to customers, and even within cities.

“In Sweden, for instance, returns from office and residential properties around transport hubs in major centres continue to outstrip the more remote offerings, says Elston.

“Being mobile is key, and has become a prolific driver of value in these scenarios,” he explains.

“Self-storage is another standout performer,” he says, “particularly in urban areas where space is more limited.”

Data centre REITs cater for the growth in big data, cloud computing, and the Internet of Things, as well as the streaming of content and social media. Cell tower REITs provide the infrastructure that supports exponential growth in new technology like 5G as and for the growth in data consumption.

“The world’s data volume is forecast to double every two years,” says Elton, and these two sectors are booming.”

Like traditional Reits, these niche players offer reliable dividends with the added bonus of niche growth opportunities and are more aligned with the customers they serve.

With such listed property offerings Elston says investors have access to the best of class on a global scale with over 500 investible options across economies and sectors.

“Large, best-in-class Reits are better able to navigate troubled economic times, they have the capex necessary to adapt their properties to changing customer requirements, and consistently deliver strong returns.” DM