ON THE CARPET: HOME AFFAIRS 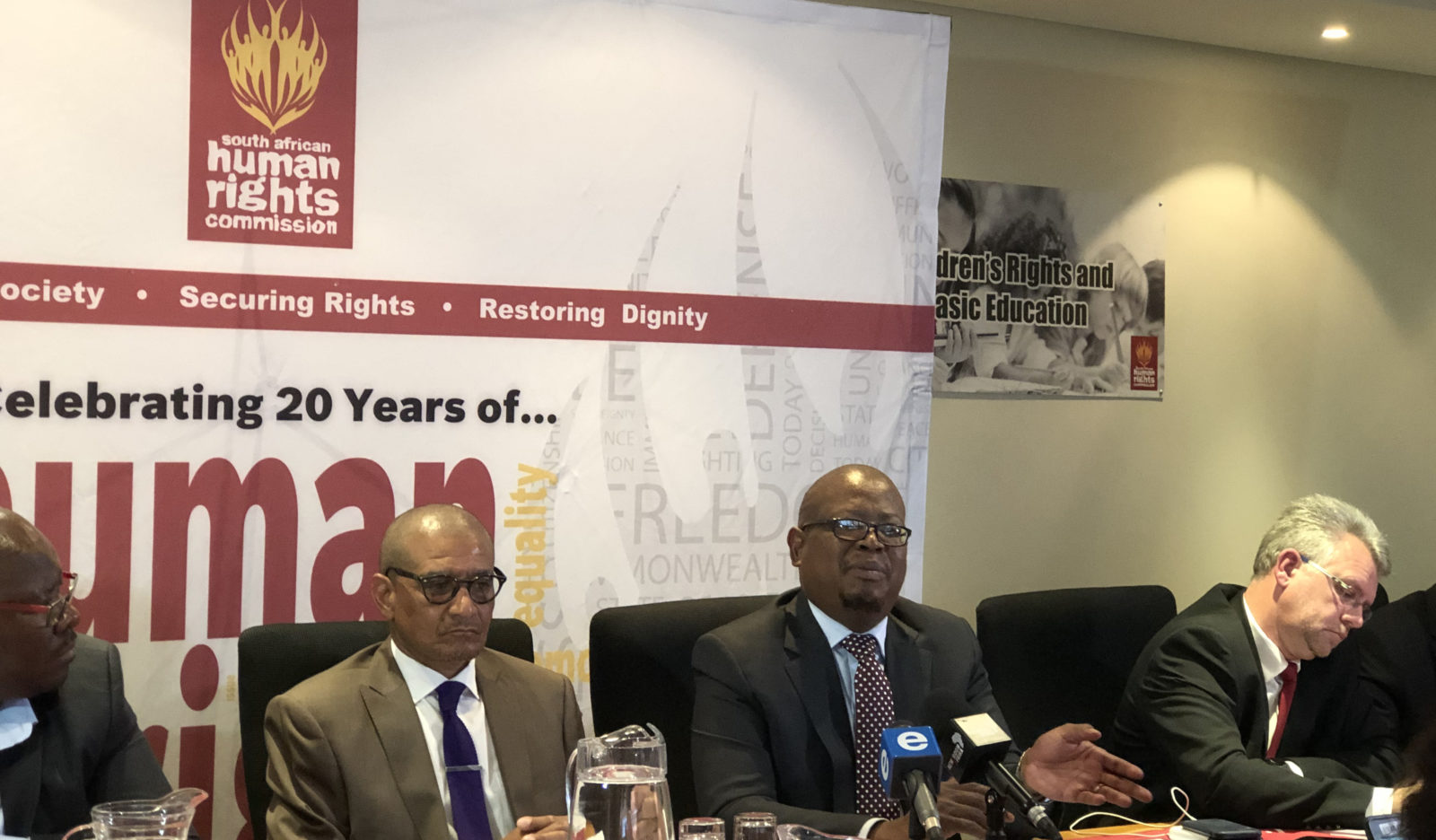 The Department of Home Affairs is under fire from the South African Human Rights Commission, which claims to have been trying to meet the department for more than a year to address complaints that the department takes too long to render services. The commission is investigating why applications for asylum seekers and permanent residence permits take so long to process.

The Department of Home Affairs appeared before the South African Human Rights Commission (HRC) on Thursday, 16 May 2019 after the commission issued a subpoena against the department. The commission said the reason for the subpoena was that department had failed to co-operate with the HRC, as required by the Constitution.

When asked why he had ignored warnings, reminders and communications sent to them, the department’s acting Director-General, Thulani Mavuso, replied that he had only seen the letters after the subpoena, as some emails had been too large and had failed to come through.

Part of the reason the department had been subpoenaed was that the commission had since 2018 been sitting with a complaint filed by a Mrs M, who is married to a South African, over complications in gaining permanent residence.

The department told the HRC that an application for permanent residence which involved marriage to a South African was a complicated process that aimed to ensure that the system was not abused.

The inspectorate had to assure the adjudicator that the applicants had been interviewed and that it had been determined there was a bona fide relationship, “because we have seen over the years where people have entered into a marriage of convenience”, said Mavuso.

The department was unfortunately poorly resourced, which led to delays in processing, said Mavuso. Between March 2018 and March 2019 there had been 742 resignations at the department, he said.

“We have witnessed a shrinking department… Over the years we were hovering at about 900,000 employees and 412 offices which served 57-million South Africans. While we are doing our best as a department, it’s difficult because of the lack of resources. On average we lose 30 people a month, due to either resignations, retirement or death. And when people resign, we don’t fill those posts,” Mavuso said.

The department, he said, also only had 22 adjudicators nationally to process applications. This causes a major backlog in processing the applications, including those for asylum.

“There’s a huge abuse of the asylum seekers system. When a real asylum seekers’ request is rejected, they take this on review. And only three people can hear one case at a time. We still have a huge backlog,” Mavuso said.

The Human Rights Commission said turnaround times for Home Affairs applications to be processed and verified was something that should be improved. Commissioner Angie Makwetla said people needed to be made aware of the status of their applications in good time “because a person can’t wait from 2016 to 2018 and not know what is happening”.

Jackie McKay, Deputy Director-General of Immigration, responded: “We would love to do that. In fact, any good department would do that. But I have 22 people who deal with all of these cases… I’m working my staff to the bone.”

He said Home Affairs did not have systems in place that could automate those updates, but he said it was currently working on a system that would make it more efficient.

Mavuso said the turnaround time was dependant on the applicants’ information and whether it could be easily verified. Verification includes home visits and in-person interviews.

“You have cases where people submit police clearance documents, but the documents have been totally manipulated… so because of the constraints on the ground of the inspectors, we will have to ensure that the (turn around) period increases,” he told the panel.

Generally, an application was only meant to take eight months to process, but that could easily become a challenge. He said the department was looking into extending it to 18 months.

To help clear its backlog of 150,000 refugee status appeals, the Department of Home Affairs has approached the United Nations Human Rights Council (UNHRC), according to Director of Asylum Seekers, Mandla Madumisa.

Madumisa said a consultant from UNHRC had been appointed and started in May 2019. The consultant would assess the situation at Home Affairs and would come up with a comprehensive plan to deal with the backlog.

“By the end of July the department will receive that report and we will have a clear way forward on how we will deal with the backlog,” he said. DM

Part of this story was reported by Zoë Postman for GROUNDUP

Call for sex offender list to be made public