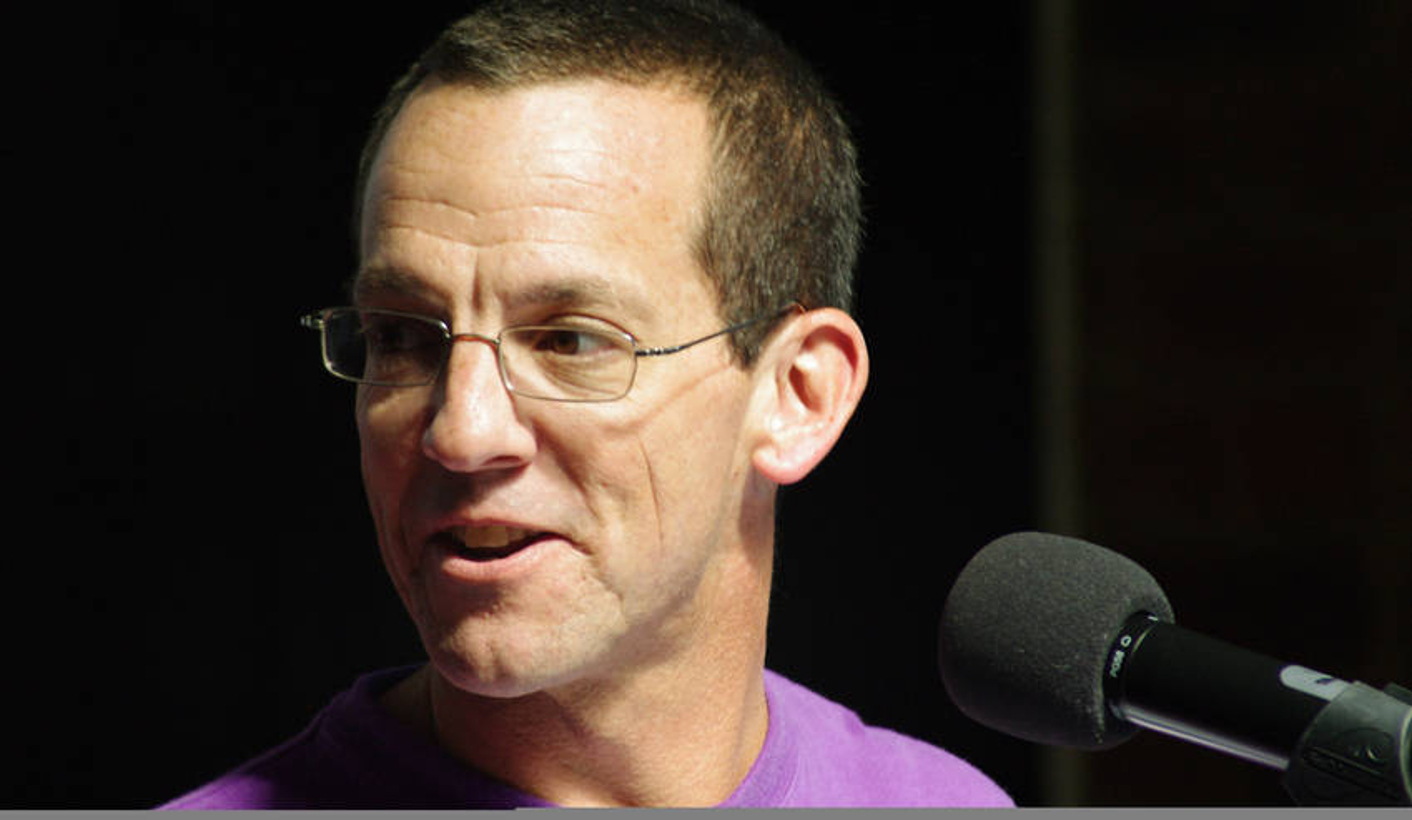 Civil society might be crucial in tackling the country's challenges but first, it must address its own shortcomings, said veteran activist Mark Heywood on Thursday.

Mark Heywood began his Section27 farewell lecture on Thursday by honouring some of the people he had fought for and alongside. HIV/Aids activist Charlene Wilson’s mother Louisa Hobson sat in the audience on his right. Michael Komape’s father James, mother Rosina and brother Lucas were on his left. Life Esidimeni family committee spokesperson Christine Nxumalo watched from the back.

Heywood recently stepped down as Section27 executive director and was reflecting on his 25 years in civil society with organisations such as Treatment Action Campaign (TAC), Aids Law Project and Section27.

“After 24 years and 10 months at the Aids Law Project and Section27 there’s a few things I need to get off my chest and that’s what I’m about to do,” he said at GIBS Business School in Johannesburg.

Heywood has been one of the country’s most prominent activists over the last two decades. He co-founded TAC, which was instrumental in pressuring the government to provide universal access to HIV treatment.

Public interest legal centre Section27 has used litigation and advocacy to advance social justice issues, particularly in education and health rights, leading or participating in a wide range of prominent cases such as the Limpopo textbooks scandal, the Life Esidimeni disaster and the silicosis compensation class action.

On Thursday Heywood critiqued South African civil society, which he said needs to adapt to contemporary conditions to advance justice and tackle issues of poverty and inequality.

“Socialism or barbarism,” Heywood cited a slogan from his early days as a socialist activist, “Well, we have a lot of barbarism in the world today but we don’t have socialism.”

“As we look in 2019 at the monstrous inequality in South Africa and the world and everything that goes with it, I think we are back asking the very same questions that the socialists have always asked about power. What should be the role of the state, the role of business and capital?”

Heywood said leftist activists and civil society had failed to consistently question the business sector’s role in society and stand up to funders. He said civil society has focused largely on advancing political rights and must now intensify the struggle for economic rights.

“What frustrates me is many leaders of the left, academics are masters of critique and are talking to a shrinking band of converts but are incapable of a cross-class galvanising vision,” he said.

Heywood, in a series of “confessions”, said civil society had not sufficiently tackled issues of race and transformation. Race infuses all South African relationships and it’s not enough for white activists to claim to support non-racialism without acknowledging and addressing the skewed power relations within civil society organisations and in their relationships with communities.

“If you have a stake in the status quo, which many of us do, then you become risk-averse,” said Heywood, questioning the distance between civil society groups and communities as activists become employees, draw salaries and attend international conferences.

There are the “design flaws of civil society”, he said, such as a one-way relationship with donors that can limit an organisation’s work and distract it from its core values, a funding model that’s not sustainable.

Heywood lauded some of the achievements civil society had made in the democratic era but said it is sometimes factional and incoherent, leading to situations such as in the lead up to the recent elections where it was silent in comparison to political parties.

“We have got to rethink,” he said, “It’s not the same terrain as before when we formed other movements.”

The activist said “dinosaurs” like him should step aside and help younger leaders who reflect the country’s demographics – black and female – develop the future of civil society.

“Organised and active citizens is the key to saving civilisation,” he said, optimistic despite society’s challenges and the fault lines within civil society.

Heywood, one to acknowledge how fruitless the toil can be, ended with a quote from Olive Schreiner: “You will marvel at the labour that ended in so little. But what you will never know that it was how we were thinking of you and for you that we struggled as we did and accomplished the little that we have done. That it was in the thought of your larger realisation and fuller life that we have found consolation for the futilities of our own.” DM