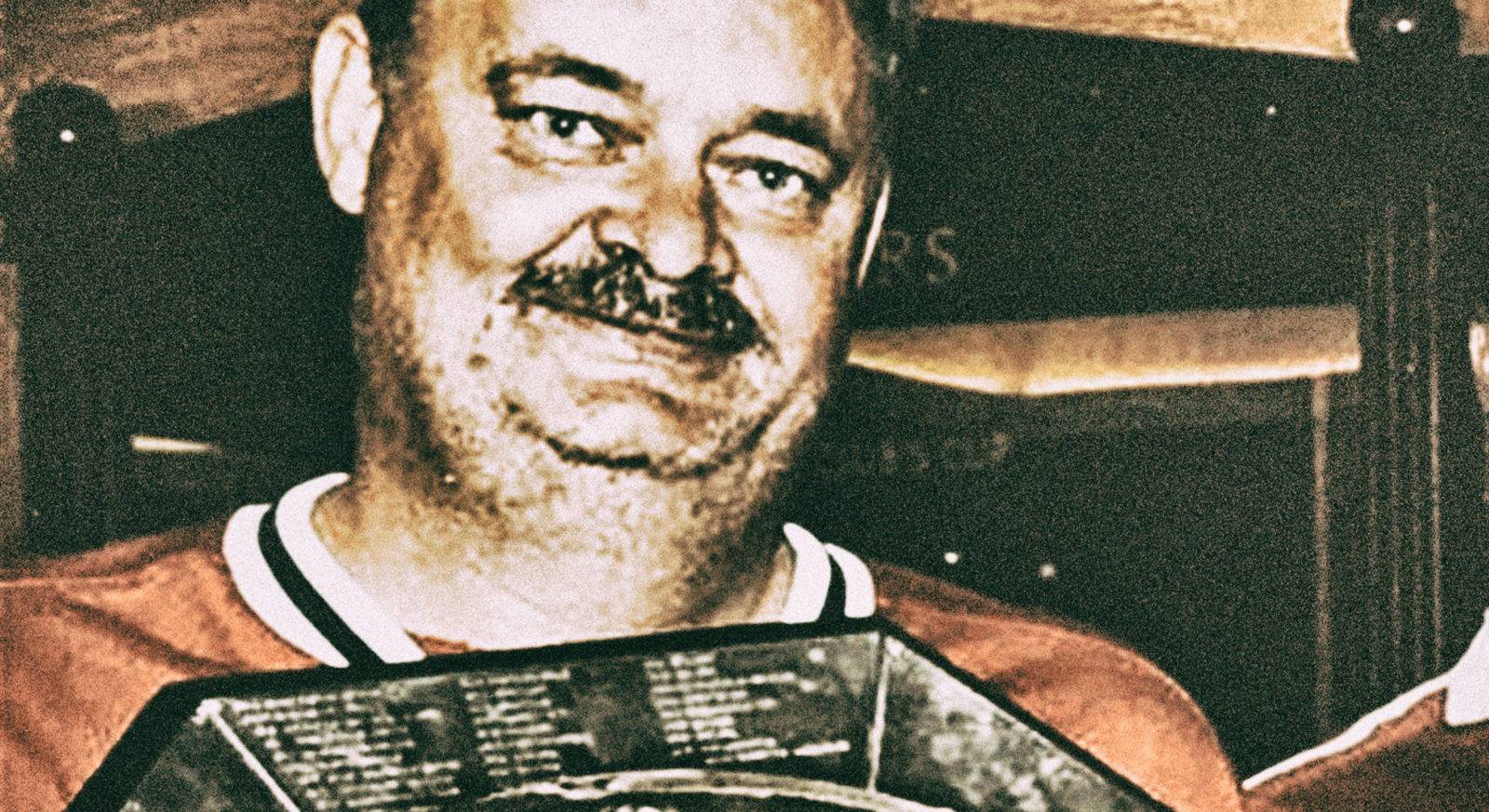 Remember back in April 2018 when a private company, Forensic Data Analysts, owned by Keith Keating, switched off SAPS IT systems due to non-payment by SITA of an R11m outstanding invoice? Brace yourself, it might happen again.

Standing Committee on Public Accounts (Scopa) committee members, as well as Minister of Police Bheki Cele, pointed out in May 2018 the considerable threat to the national security of a private sole supplier having the power to disable the state’s crime-fighting capacity.

Three days later, after a mad scramble, SAPS and SITA (the State Information and Technology Agency), acting on the advice of senior counsel, managed to switch the system back on.

It has been humming with the threat of being cut off ever since.

At present, behind the scenes, a massive legal battle is raging over whether SAPS in fact already owns the original source codes for the Firearm Permit System (FPS) as well as the Property Control and Exhibit Management (PCEM) IT infrastructure for which it has paid FDA millions over the years.

The legal tussle extends beyond only this question to include a more serious matter currently before the civil court – whether FACTT (previously Industrial Fingerprinting), which sold the FPS licence to FDA, was in fact entitled to do so in the first place.

Writing to the SAPS legal division in February 2019, National Commissioner, Khehla Sitole, stated that Keating had approached “this office with an offer to procure the software solutions”, in other words for SAPS to purchase the intellectual property from FDA.

“The SAPS is faced with the risk that FDA will proceed to block and switch off access to the systems in particular FPS, on either 26 or 29 April.”

Khan also informed Sitole that, “FDA has indicated that it will be appreciated as a gesture of goodwill if SAPS can attend to the payment of the invoices already submitted (November 2017 to 31 March 2018) and signed off by the Division: Technology Management Services and inform them of the specific date payment will be made.”

In April 2018, after Scopa had instructed SITA to stop paying FDA, FACTT wrote to Keating withdrawing its licence agreement that it had “sold” to his company in 2005. But now a challenge to FACTT’s actual ownership of the original patent and the codes has complicated matters.

It’s a hot mess and it may just turn out that the SAPS have owned what they have been paying for all along.

Meanwhile, letters are being emailed between SAPS and SITA in an attempt to deal with the ongoing threat by Keating and FDA to switch off SAPS systems.

So how come FDA still holds the keys to the kingdom?

It’s complicated, opaque and labyrinthine, as these matters are intended to be. And it goes back a long way.

IPID, under former Executive Director, Robert McBride, has also conducted an extensive investigation into Keating and FDA (and the company’s connections to former action National Commissioner Khomotso Phahlane and other senior cops).

The amounts being investigated amount to billions in state contracts.

The NPA recently undertook to appoint a team of prosecutors to look at several high-profile investigations that IPID has conducted. Keating and FDA will no doubt feature on the list.

Back in 2018 when SITA turned off the money taps, Keating turned to the courts.

In January 2019, Acting Judge Swanepoel in the Pretoria High court ruled that SAPS had infringed copyright in overriding Keating’s system and ordered SAPS to return all copies and reproductions of IT systems to Keating.

Swanepoel suspended the order for 60 days to allow SAPS to reinstate an alternative system, but if it chose to reinstate the 2012 FDA system, SAPS would have to reach an agreement with FDA “about a market related licence fee”.

The judgment lapsed on 26 April 2019. SITA, in the meantime, has appealed it.

On 18 March 2019, National Treasury convened a meeting with SITA. At this meeting, notes Khan, SITA had undertaken to provide SAPS with a “verification report on all systems whereafter FDA will be engaged”.

But, said Khan, “such a report has not been received as far as this office is aware of”.

On 26 March 2019, however, SAPS met with FDA and agreed to “set out its position” with regard to outstanding invoices “for services rendered in accordance with the negotiated prices and agreements”.

SITA is insisting that SAPS be subjected to a “technical and financial due diligence process and the results will be provided to SAPS by close of business on 5 April 2019”, Khan informed Sitole.

SITA also said FDA should direct all its offers in future to National Treasury and not SAPS.

In March 2019, FDA had proposed that “an interim payment be made to it with regard to invoices submitted for services rendered from November 2017 to March 2018”.

With regard to PCEM, Khan said that counsel had “once more impressed upon this office that a technical and/or commercial solution is urgently needed”.

The lawyer who had advised SAPS, said Khan, was of the opinion that “SAPS must work on the assumption that SITA is not willing to negotiate with FDA and cannot provide an alternative technical solution in the short time that is remaining”.

“The SAPS cannot afford to be caught unawares,” warned Khan.

Over and above supplying SAPS’s IT infrastructure, Keating also supplied and maintained various forensic materials his company sold to SAPS including Rofin Light Sources worth R1-billion. All in all, according to a letter to SAPS by IPID, Keating’s various linked companies have scored about R5-billion since 2010.

The saga involving the FPS and PCEM dates back many years, as far back as 2003 when Assistant Commissioner Marlene Meyer was promoted by then-Deputy National Commissioner Louis Eloff (regarded as then Nat Comm George Fivaz’s right-hand man) to Head of Information and Systems Management for SAPS.

Meyer, a career cop, was catapulted through the ranks in an attempt to place more women in senior SAPS leadership positions.

No one, however, it appears at the time found it problematic or unusual that Marlene Meyer happened to be married, at the time, to Director Willie Meyer, appointed to head SAPS Information Systems Management and who also chaired the SAPS steering Committee: Firearm Control Project.

Bells should have been rung back then, flags raised, at least. But no.

It was Marlene Meyer who in September 2004 signed the controversial WayMark Infotech contract worth R92-million for the provision of a Firearm Control System.

One of the co-founders of Waymark is Andre Rabie, a former colleague of Keith Keating when the FDA director worked for SAPS in an IT division.

Meanwhile, Meyer, who retired in 2005 and returned as a consultant in the office of Acting National Commissioner Tim Williams in 2008, is listed as an FDA distributor on material Daily Maverick has in its possession.

The concentric circles of the friendship of former SAPS and SITA members who went into business supplying IT solutions to the state ripples rather wide. In May 2018 Scopa heard startling evidence that suspended employees, Banie Venter, Rachel Venter and Ansie Knight, not only had close links with Keating and FDA but also rustled up from their email accounts, at SITA, financial support for convicted Boeremag member Andre Tiebert du Toit, also a former cop, convicted of high treason in 2012.

Banie was an advance specialist LAN Consultant to SAPS while Rachel was part of SITA’s infrastructure provision. A network of former SAPS and SITA employees have built considerable business empires, doing business with the state and SAPS in particular.

It was Marlene Meyer who secured the Waymark contract which had ballooned by 2012 to R413-million and was placed on hold. In January 2013 the Auditor- General, in a report about the contracting of consultants, concluded that the Waymark contract had amounted to fruitless and wasteful expenditure. The DPCI has sat on the case for years.

In 2013 Ndifuna Ukwazi, an activist law centre, applied to SAPS for all records with regards to the Waymark tender and these can be accessed here.

What is peculiar about Khan’s note to Sitole with regard to paying FDA is that she states that while counsel had provided a memorandum to SAPS legal division that no payment should be made to FDA, “whether for services rendered or for the outright purchase of systems… This office does not agree with the view on payment of maintenance and support as the services were rendered and SAPS reaped the benefits of the services.”

Those benefits, Khan must know, amount to around R5-billion to Keating and his various associates.

Khan continues that the payment to FDA “should be urgently considered and FDA informed that correspondence from FACTT regarding IP ownership was brought to the SAPS attention and thus it will not be prudent to even discuss any purchase of the IP in the face of the clear dispute”.

At the end of Khan’s note, Lieutenant-General NP Masiye, acting Divisional Commissioner Technology Management, wrote simply and worryingly, “There is no alternative for FPS for the SAPS to utilize.”

The dispute with regard to the ownership of the IP goes to the heart of this matter that has held SAPS and the country hostage, clearly on more than one occasion.

On 28 February 2019 Keating and FDA submitted two invoices to SAPS for February and March 2019 each for R2,765,599.00 (for “maintenance PCEM, Technical and Functional Support”) The total amounts to around R5.5-million.

Deputy National Commissioner, Lieutenant General Sindile Mfazi, in his response to Sitole, set out the total PCEM (version 1.1) Annual Enterprise License fees paid by SAPS to Bytes and DFA between 2012 and 2017.

“Notwithstanding that the 2017 maintenance and support amount of R28,472,777.11 was only a partial payment, it constituted an unreasonable percentage of 79.29 percent of the original purchase price of the PCEM V1.1 software,” said Mfazi.

“This was despite PCEM V1.1 being the same system and maintained by the same personnel,” noted Mfazi.

From 2011 to 2014, FDA had subcontracted to SAPS under Unisys and Bytes but from 2016 SAPS began contracting and paying FDA directly.

“It begs the question, if the middle man is removed, how is the cost for the same service ballooned out of proportion?” asked Mfazi.

Mfazi added that it was clear “that in some instances FDA and Bytes charged SAPS more than the market-related percentage, which, according to Bytes, should be between 16 and 25 percent of the annual license fee”.

He said that he had learned from the systems manager of the PCEM at SAPS that the system “has been operational since 9 April 2018 without any maintenance or support from FDA”.

SITA, he said, had “since successfully taken over the PCEM V1.1 support functions on an as and when needed basis”.

“PCEM V1.1 is stable and operational which begs the question; was the PCEM V1.1 maintenance and support contract value for taxpayers money,” asked Mfazi.

SAPS, said Mfazi in his response, “are not obliged to make payment to FDA”. DM