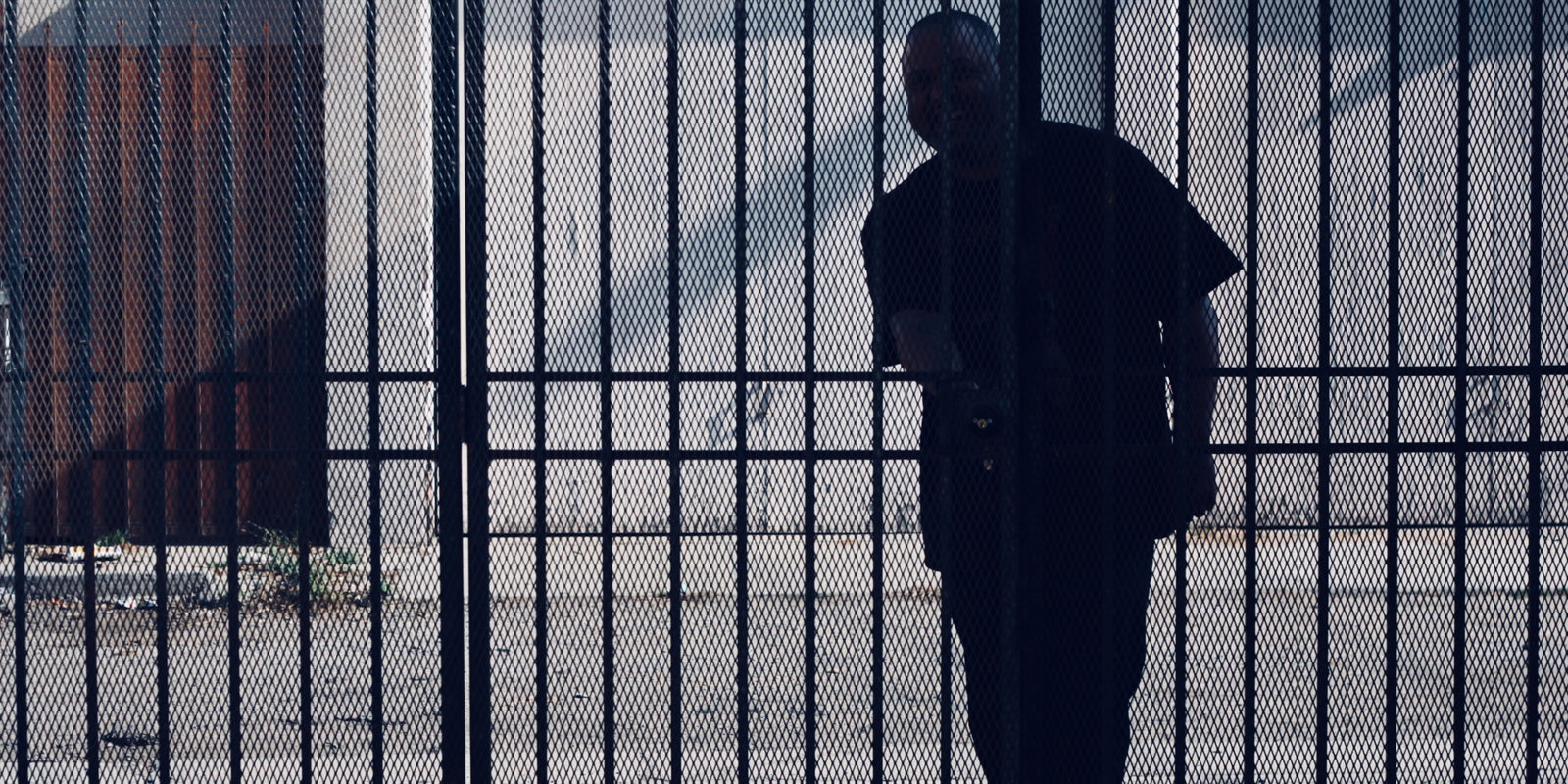 The US National Registry of Exonerations has recorded nearly 2,500 known wrongful convictions since 1989, but South Africa does not keep similar records. However, there’s no good reason to believe the problem doesn’t exist here, and the issue should not be urgently addressed.

When convicted rapist and robber Jimmie Gardner was invited to attend a gathering of black female attorneys in Albany, Georgia, he struck up a random conversation with one of the attendees about judicial processes and the law – a subject Gardner was well-versed in after being wrongfully convicted and spending almost three long decades behind bars for crimes he had never committed. The result? In April Gardner attended the Innocence Network Conference in Atlanta accompanied by his new wife, Federal Judge the Honourable Leslie Abrams, nominated by former US President Barack Obama for the position.

That’s not all. Gardner, 53, who was exonerated and released in 2016, now also calls Georgia Democratic Party Gubernatorial nominee, Stacey Abrams – the first African American woman to run for Governor of any state – his sister-in-law. Sentenced to 110 years in prison for robbery, the sexual assault of an 82-year-old mother and the rape of her daughter, the hulking former professional baseball player came to Atlanta to share his trauma with more than 200 other exonerees and about 700 legal practitioners from around the globe and to deal with the post-traumatic stress which still stalks him.

Surrounded by a sea of men and women who had suffered similarly, Gardner told the Wits Justice Project (WJP) that being with people who had understood what he had been through was healing. Though the former inmate was awarded $175,000 in compensation for his trauma by the city of Charleston at the end of March, no amount of money can ever compensate for his suffering, or bring back nearly 27 years stolen from his life. The unexpected upside, however, has been the unquantifiable payback he received from the criminal justice system as a consequence of that serendipitous Albany meeting.

As Innocence Project founding board member and Wrongful Conviction podcast host Jason Flom told Gardner, “you are the luckiest of all the unlucky people I’ve ever met”. Clearly, Gardner hasn’t always been lucky: Though his “victims” claimed their assailant was a light-skinned African-American, a very dark-skinned Gardner was found guilty as a result of a particularly egregious miscarriage of justice – the wilfully falsified forensic testimony of an expert State witness.

Serologist Fred Zain, who tampered with evidence and claimed Gardner’s Type A blood samples matched the perpetrator’s Type O blood samples taken from the crime scene, was subsequently exposed as a fraud who falsified evidence in more than 100 cases. Meantime, Gardner’s pleas of innocence fell on deaf ears. Failed by 13 lawyers for 23 years, he finally filed his own petition which led to his 2016 exoneration and release.

“I regard myself as blessed beyond imagination. I survived all those years in prison and emerged with my mental, physical and spiritual health intact – after spending years in a prison deemed to be unlivable as well as time in solitary confinement.”

Though the US National Registry of Exonerations (NRE) has recorded nearly 2,500 known wrongful convictions to date since 1989, neither SA’s National Prosecuting Authority, nor the Department of Justice and Correctional Services maintain similar records. However, there’s no good reason to believe the problem doesn’t exist in SA, and a very good reason to believe the issue should be urgently addressed: apart from the human tragedy of wrongful conviction, the reality is that when wrongful convictions occur, the real perpetrators remain free to commit further criminal acts. And with 57 murders on average occurring every day in SA, the consequences could be dire.

For example, When They See Us, Ava Duvernay’s much-vaunted four-part Netflix series due for SA release on 31 May 2019, explores the true story of the 1989 Central Park jogger case in which five young black boys aged 14-16 were found guilty of her brutal assault and rape. Though biological evidence from the crime scene proved a single perpetrator was involved and excluded all five teenagers, police ignored the evidence. After a serial rapist confessed and was linked by DNA to the crime, the boys were all exonerated in 2002. In the interim, the real perpetrator raped four more women and murdered another.

The same scenario played out in the case of exoneree Valentino Dixon, who like Gardner spent nearly three decades behind bars for a crime he didn’t commit after police purposefully ignored evidence staring them in the face. Before obtaining his freedom last September with the unlikely assistance of Golf Digest magazine, Dixon was able to prove his innocence when the real perpetrator reiterated a confession he first made 48 hours after his arrest. The confession was ignored, and a year after Dixon’s conviction, the man shot a teenager and left his victim quadriplegic.

Though an improbable chain of events led to Dixon’s arrest and conviction, an even more improbable chain of events led to his exoneration. Attempting to escape the harsh reality of his 39-year sentence for murdering a 17-year-old boy and wounding three others, Dixon spent up to 10 hours a day in his small windowless cell drawing with coloured pencils. When a golf-obsessed warder asked his charge, who had never seen a golf course or held a club to draw the famed 12th hole at Augusta, Dixon reluctantly agreed.

Never in his wildest dreams could Dixon ever have imagined that the warder’s unusual request would lead to his liberty, or that one day he would attend the Augusta Masters, meet the gods of golf, Jack Nicklaus and Tiger Woods, or that Woods would buy one of his drawings on the eve of his triumphant Augusta win last month when Woods captured his 15th major title.

“In my inner-city neighbourhood, no one played golf,” Dixon said wryly at a small Atlanta gathering held to honour him and Golf Digest editorial director Max Adler, who played a key role in his release.

Whiling away the hours alone in his cell, Dixon recalled how he discovered that drawing golf courses was both relaxing and therapeutic and began accumulating piles of golf-related drawings. After one of his cellmates lent him a stash of Golf Digests, he stumbled on a column co-edited by Adler called “Golf Saved my Life” and wrote to Adler explaining his circumstances. He also enclosed a small drawing of Augusta.

Though the worlds of golf devotees and social justice warriors do not necessarily collide, Adler’s interest was immediately piqued.

“I was intrigued by Valentino’s work and decided to visit him,” Adler said.

“After all, it wasn’t every day that I received a letter from an inmate at Attica, one of America’s most brutal maximum security prisons. After Valentino’s mother sent me two cardboard fruit boxes containing all his case files and correspondence, I began to believe his story and started investigating his case.’’

It wasn’t long before Adler was convinced of the prison artist’s innocence and published his story.

”I was so naive,” Adler recalled. “I thought Valentino would get out of jail immediately but it took seven long years.”

Eventually, Adler roped in two of his childhood friends, now both Georgetown University law professors, Marc Howard and Marty Tankleff, to help. They, in turn, enlisted the help of three undergraduate students who unearthed new evidence which proved his innocence. As it turned out, Tankleff understood Dixon’s situation only too well – he had been wrongfully convicted of murdering his mother and father and spent 17 years behind bars.

Righting criminal justice wrongs is no easy task and requires enormous reservoirs of patience, perseverance, determination, resilience and strength on the part of both lawyers and their wrongfully convicted clients. Innocence Project co-founder Barry Scheck worked on Archie Williams’ case for a record 24 years before William’s exoneration two months ago. Williams spent 36 years behind bars for a rape and robbery he never committed before a match in the FBI’s national fingerprint database was discovered which excluded him. The fingerprints were linked to a perpetrator who committed five other rapes after Williams was sentenced to life in prison without parole in 1983.

Incredibly, the US National Registry of Exonerations currently lists 43 men whom the criminal justice system has robbed of more than 30 years of their lives as punishment for crimes they did not commit. When Ricky Jackson, sentenced to death and incarcerated for 39 years – including two years spent on death row – was exonerated in 2014, he was believed to be the longest-serving exoneree in US history. Today, Richard Phillips, who spent 46 years behind bars for a murder he didn’t commit and was released aged 72 in 2018, holds this dubious record.

The unconventional opera will shine a light on Jackson’s tragic tale and the equally tragic stories of five other exonerees the OIP has assisted. Jackson, who was one of Godsey’s clients, was wrongfully convicted of murder on the evidence of a 12-year-old child who lived with a guilty conscience until he recanted his testimony, with the assistance of his priest, at the age of 51.

Anecdotal evidence gleaned by the WJP from inmates, their families and correctional officials suggests that the most common causes of US wrongful convictions recorded by the NRE – mistaken eye-witness identification, false accusations and perjury, false confessions, official misconduct by police, prosecutors, judges or inadequate legal defence, jailhouse snitches, false or misleading forensic evidence, or a combination of these factors – also lead to wrongful convictions in SA.

While the ultimate betrayal by a fallible criminal justice system remains mostly unacknowledged and usually denied in SA, one thing is clear: ignoring a problem which destroys lives, turns wrongfully-convicted innocent people into victims and permits real perpetrators to get away with murder doesn’t mean it will go away. DM

Carolyn Raphaely attended the Atlanta Innocence Network Conference in her capacity as Wits Justice Project (WJP) senior journalist. Based in the journalism department of the University of the Witwatersrand, the WJP investigates human rights abuses and miscarriages of justice – including wrongful convictions – related to SA’s criminal justice system.