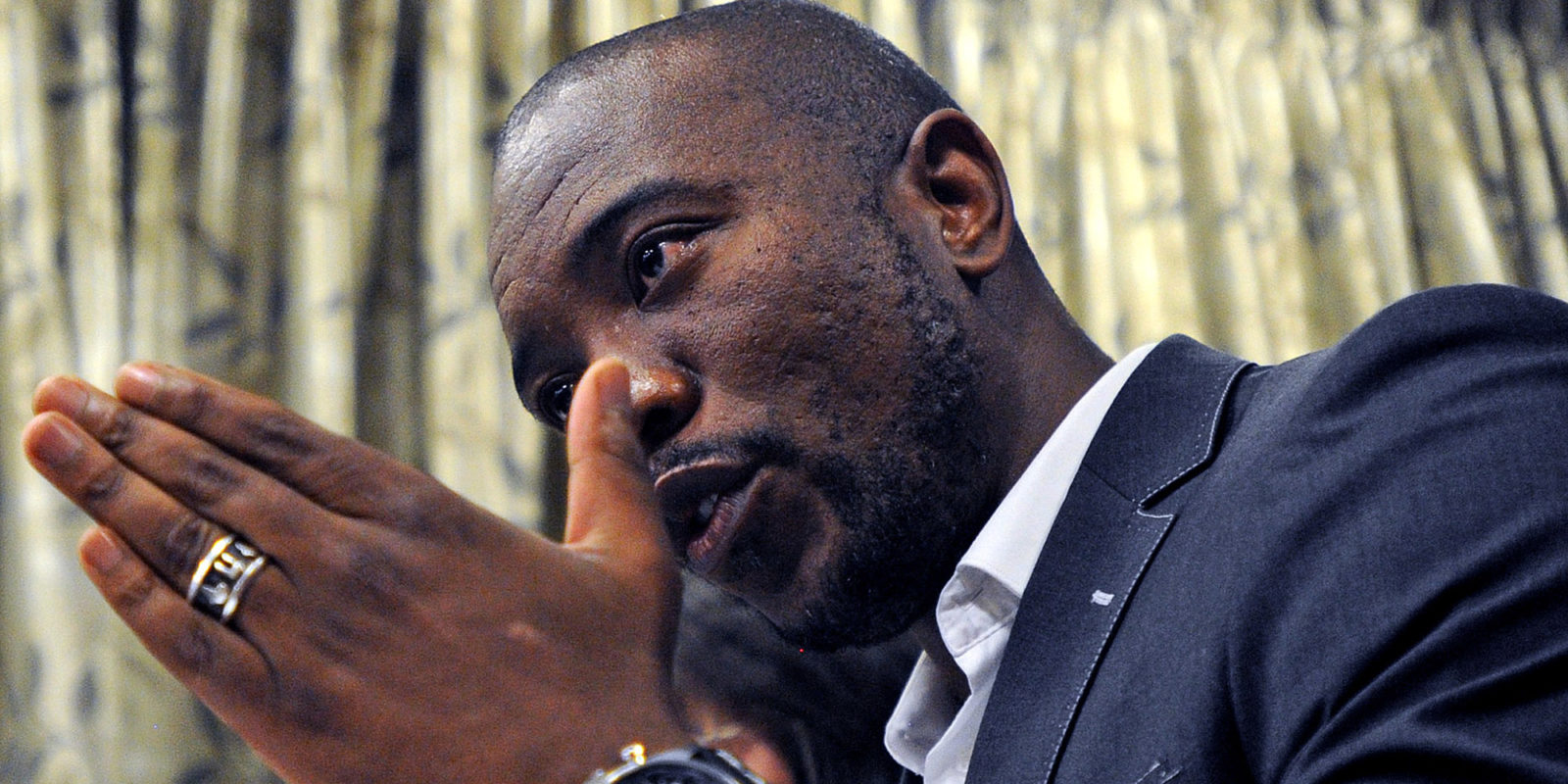 A federal council, the DA’s top decision and policy structure between congresses, is being brought forward from its initial July date to make key decisions after the DA’s election let-down — and to stop party unity from fraying. The party leadership doesn’t appear to be on the same page. While DA leader Mmusi Maimane wrote to members that he accepted personal responsibility for the poll results, DA federal chairperson Athol Trollip publicly talked about collective responsibility. At stake is the DA’s character, and decisions will not be uncontested.

Emphasising that DA leader Mmusi Maimane would remain put until the party’s next congress in 2021, DA federal chairperson Athol Trollip told Monday’s media briefing on the federal executive’s elections post-mortem: “As members of the federal executive… we all take responsibility for the outcomes of elections — whether good or bad. That burden does not sit on the shoulders of an individual.”

Not only did the collective responsibility comment anger several in the DA ranks — that is not how the fit-for-purpose DA does its thing — it also contradicted what Maimane told members on Monday in a letter Daily Maverick has seen.

In the letter, which may well be an opening move in the contestation that’s set to unfold, Maimane said:

“As leader of the DA, I take full responsibility for the outcome of this election. I can honestly and in good conscience state that I did my very best and gave everything of myself in the run-up to this election.”

These disjunctures illustrate internal tensions and dysfunction. And with a review to get underway, the future of the party will rest on how this factionalism is resolved.

Maimane is aware of what is at stake.

“We cannot afford to undertake a period of self-destruction. We also cannot afford not to undergo a period of constructive change. We have to use this outcome as an opportunity to change what needs to be changed and then we must build from there,” he wrote in his Monday letter that also announced that the federal council would be brought forward “to expedite the changes required”.

DA national communications manager Mabine Seabe on Tuesday downplayed any contradiction between Maimane and Trollip, saying the federal executive statement and the leader’s letter “are not mutually exclusive”.

While Trollip may have made his comments as part of a push to dismiss speculation that Maimane’s future was under scrutiny, his comments have backfired. Collective responsibility is just not how the DA does its thing. And in many circles, there is anger, not over Maimane’s leadership as some would have it, but at those who crafted and directed the national DA election campaign.

Four DA senior members told Daily Maverick they had operated as instructed on the campaign trail. The bottom line: if the DA message didn’t find traction, then those who crafted it cannot escape responsibility and accountability.

The reality of the DA’s 2019 election deflation to 20.77%, down from 22.23% in 2014, means that five MPs and many other representatives across the provinces will not return, including in the Western Cape, where the DA returned as the governing party with a reduced number of seats.

“Good MPs have lost their jobs. Good MPs are not coming back,” said one senior DA insider. Two party insiders Daily Maverick spoke to indicated that the win in the Western Cape — a 55.45% polling — came about because national office campaign instructions were ignored in efforts to shore up support that had dropped to 47% at the beginning of 2019.

The DA 2019 election campaign, from messaging to campaigning, including those party-political SMSes, calls and emails to potential voters, was directed by DA national campaign manager Jonathan Moakes, a longstanding DA official going as far back as Tony Leon’s leadership. And DA CEO Paul Boughey is understood also to have had a key say, particularly regarding where resources were spent.

A call for the resignation of Moakes and, according to some, also Boughey, is being made in some circles of the DA. That did not come as a surprise to Moakes, who told Daily Maverick on Tuesday he was looking forward to participating in the review announced after Monday’s federal executive meeting.

“There can be no doubt that this was a disappointing result, but with the necessary degree of introspection and unity in purpose, I believe the DA will come out stronger for this, win back the majority of voters we lost and win new votes as we head towards 2021,” he said, remaining silent on whether he would resign in the wake of the election campaign flop.

“I intend to participate in the review process and I will take my direction from the leadership.”

But that unity of purpose seems up for grabs again. Ideological contestation erupted in January 2019, right on the campaign trail, when it emerged DA MP Gwen Ngwenya had resigned her position as party policy boss over lack of support and unfulfilled promises, but also the party’s stance on race as a proxy for disadvantage.

Her resignation re-opened the DA’s conflicted view on race, which the so-called true-blue free market grouping believes should play no role at all, unlike a more social justice strand of liberalism. A curious compromise — “constitutional blacks” — led to much derision.

And while Ngwenya stayed put then, the word is she’s getting ready to resign her seat in Parliament. When approached for comment on Tuesday, Ngwenya responded: “Not resigned.”

When asked whether it was a case of she had not yet resigned, and whether she could confirm she was coming to Parliament to take up her seat, her reply was: “I can’t answer those questions.”

It remains to be seen whether Ngwenya will be present on 22 May when MPs are expected to be sworn in. Her ultimate decision may signal the disquiet, if not dissatisfaction, within the free-market, libertarian grouping in the DA with a more social-justice-oriented opposition.

In his Monday letter to DA members, activists and public representatives, Maimane acknowledged mistakes were made on the campaign trail, but he said the setback was temporary.

“For the sake of our country, we need an honest assessment of why we failed to achieve our objectives. Then we need to make the necessary changes, however tough that might be, so that we can emerge stronger than before,” wrote Maimane, urging unity.

“Ultimately, we may disagree on the finer details, but we all agree on the key ingredients of SA’s success: The Constitution, the rule of law and a market-driven economy and capable state that together generate opportunity for all.”

It’s always tough after an election setback and none more so when the political party had talked itself up as the only credible alternative. And so a measure of discord can be expected in the poll post-mortem.

More than anything, Maimane taking personal accountability in his letter, as party leader, for the drooping election fortunes has appeared to calm tempers in the DA. As such it may have been a successful opening move in what could be a rough road ahead, not only for Maimane, but the DA as a whole.

It’s up to the party now to figure out what the DA is — and how it wants to conduct itself. DM