White anxiety and the rise of the Freedom Front Plus 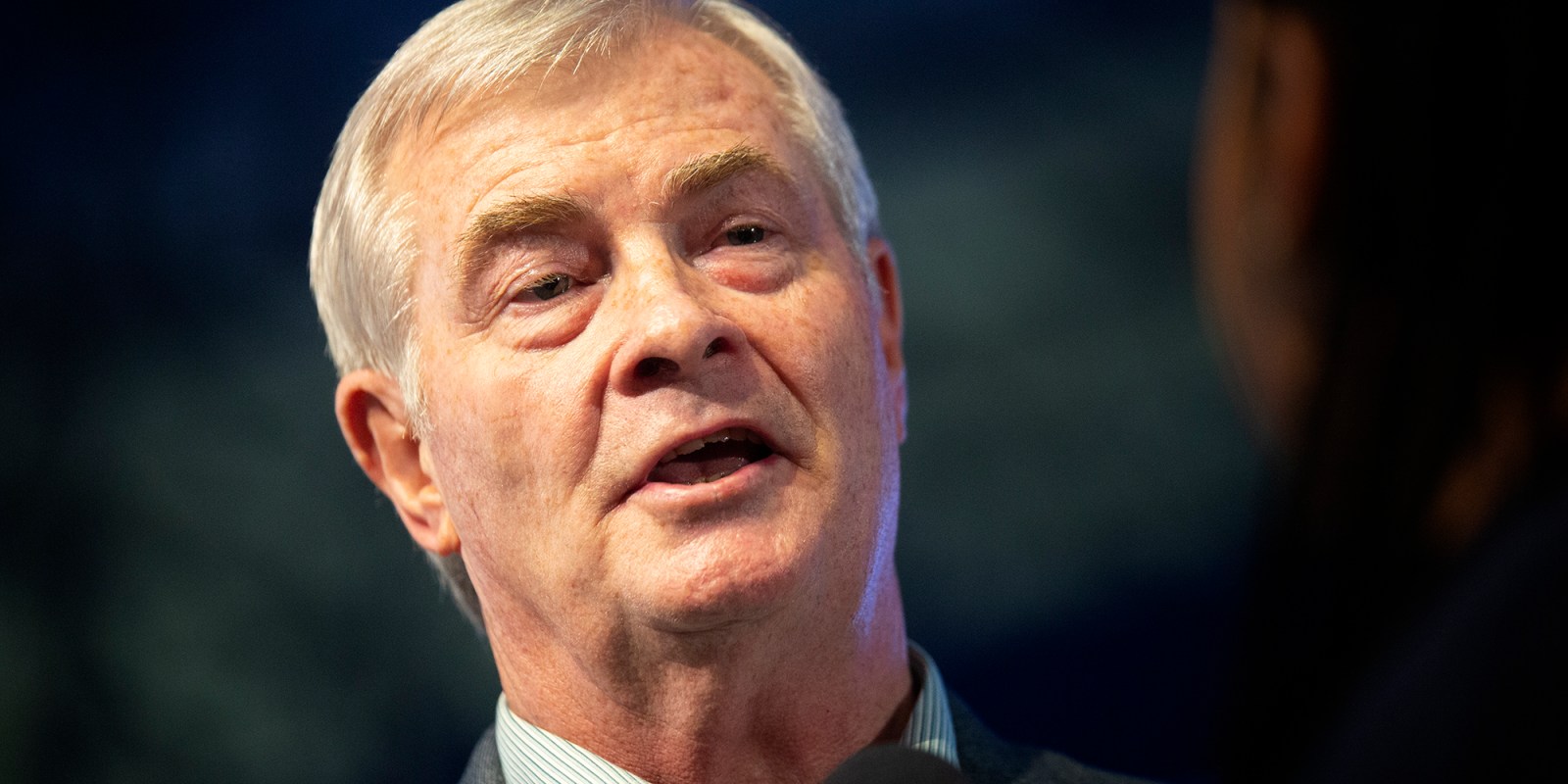 The FF+ slogan, ‘Slaan Terug’ (Fight Back), and its media managers’ digital and physical campaigns in the party’s green, orange and white posters, which mimic the colours of the old Afrikaner republic ‘Vierkleur’ – four-colour flag – saw its election plans fly. The party hurt the DA’s ambitious campaign to win three provinces – but, as one observer notes, most Afrikaners still voted DA.

“Everywhere we went, we heard the same thing. People were saying, ‘Jissus! It’s Eskom, it’s crime, it must stop and someone must say ‘Enough is enough’,” says Freedom Front Plus spokesperson Pieter Swart.

“So our dilemma was, ‘how do you put that into words? Was it ‘Trek ‘n streep’ (Draw a line); ‘Stop dit hier’ (It stops here); Genoeg is genoeg (Enough is enough)? In the end, ‘Slaan terug’ (Fight back) was the right message (even though) we didn’t want to use an old DA slogan,” says Swart.

And so, the slogan “Slaan Terug”, was born. The party’s media managers created digital and physical campaigns in the party’s green, orange and white posters which mimic the colours of the old Afrikaner republic “Vierkleur” – four-colour flag – and then its election plans flew. The FF+ made the biggest gains in last week’s election: it doubled its support, off a low base, and powered up to number five out of 14 parties represented in the National Assembly.

The party hurt the DA’s ambitious campaign to win three provinces and brought the official opposition party’s plans to form a government in three provinces crashing down. The DA dropped its share of the national vote from the 22% it won in 2014 to 20% as final results were announced on Saturday night.

The FF+ performance is the story of the election, along with the growth of the EFF.

DA leader Mmusi Maimane has vanished from the public spotlight: he missed the Independent Electoral Commission’s (IEC) final gala on Saturday and ducked the party’s election review press conference on Monday too.

Added to this is the dominance of identity politics that places race at the centre of politics. Theories of whiteness and white privilege (which focus on whites as oppressors), as well as of decolonisation politics, have been embraced and claimed by only a small section of white commentators or public figures, but they are influential enough to mask how isolating and marginalising this form of politics can be.

This politics dominates the constitutional ideology of non-racialism almost completely and is at least one factor in the rise of white right-wing politics, symbolised by the ambitious and resonant FF+ campaign.

It is the elite migrating, of course, and the FF+ hoovered up support in peri-urban and small-town South Africa where people don’t envisage staying anywhere else, and not in a volkstaat or autonomous region as a previous generation of go-it-alone politicians may have desired.

Voters were not hankering after a volkstaat which the original Freedom Front party of former apartheid general Constand Viljoen started the party to fight for at the 1994 election.

So what were FF+ voters fighting against this time?

The FF+ made wins in rural areas, peri-urban communities and small towns dotted across the country, as the purple spots show on the final results map.

The party did well in North West, in the Northern Cape (and notably in coloured areas) and in the Free State too – it did particularly well in Pretoria and surrounds where it scooped up the votes that drove down the DA numbers.

“The DA policies had become too similar to the ANC’s. The DA became too race-obsessed,” says Wouter Wessels, who ran the FF+ campaign.

Into this highly racial environment, the FF+ laid out a manifesto that occupies the opposite end of the spectrum. Like a small faction of the DA, it argues that race is no longer a proxy for disadvantage. It places this argument at the centre of its full-frontal attack on all the policies of the governing party aimed at redressing the apartheid system. The remnants of apartheid still pockmark South Africa on its farms, in its workplaces, at many universities and certainly in the stratosphere of economic ownership. But the FF+ and its policies deny this.

It continues: “The FF+ will abolish transformation targets and Black Economic Empowerment.”

These messages, which fleshed out the idea of fighting back, found an audience among over 300,000 white voters who walked across largely, but not only, from the DA to the right-wing party.

“Many are also new voters who did not vote before. (The idea) was to take emphasis away from race and we rendered it through the campaign,” says Wessels.

The party used 21st-century platforms meant to bring people together – like Facebook – to drive a message of fighting back and creating a community that wants to be apart, if not physically, then digitally and politically. While the FF+ no longer envisages separatism, its manifesto raises the idea of separation in other forms. This part of its manifesto suggests a new form of separation through an Afrikaner council.

“Community councils, for example an Afrikaner Council, must be established for communities that are spread out across the country.

“Such a council must have control of the relevant community’s education, heritage conservation and social care. Worldwide, these are considered the basic aspects in which national minorities can exercise self-determination. A legal framework must be established for purpose-driven communities.

Waldimar Pelser, the editor-in-chief of Rapport, says the shift is remarkable. But, he says, it is important not to overstate the FF+ phenomenon in the aftermath of the election.

“(The number) 360,000 is still a minority of a minority. It’s small. It’s much easier (for a small party) to grow off a low base. Its caucus is homogenous. It’s easy to understand, and focused and not muddied by compromise. (The FF+) was vocal about issues, like Afrikaans as a language of instruction, that the DA could not speak about. (But) most Afrikaans voters (and there are about 1.5 million of them) still voted DA.” DM