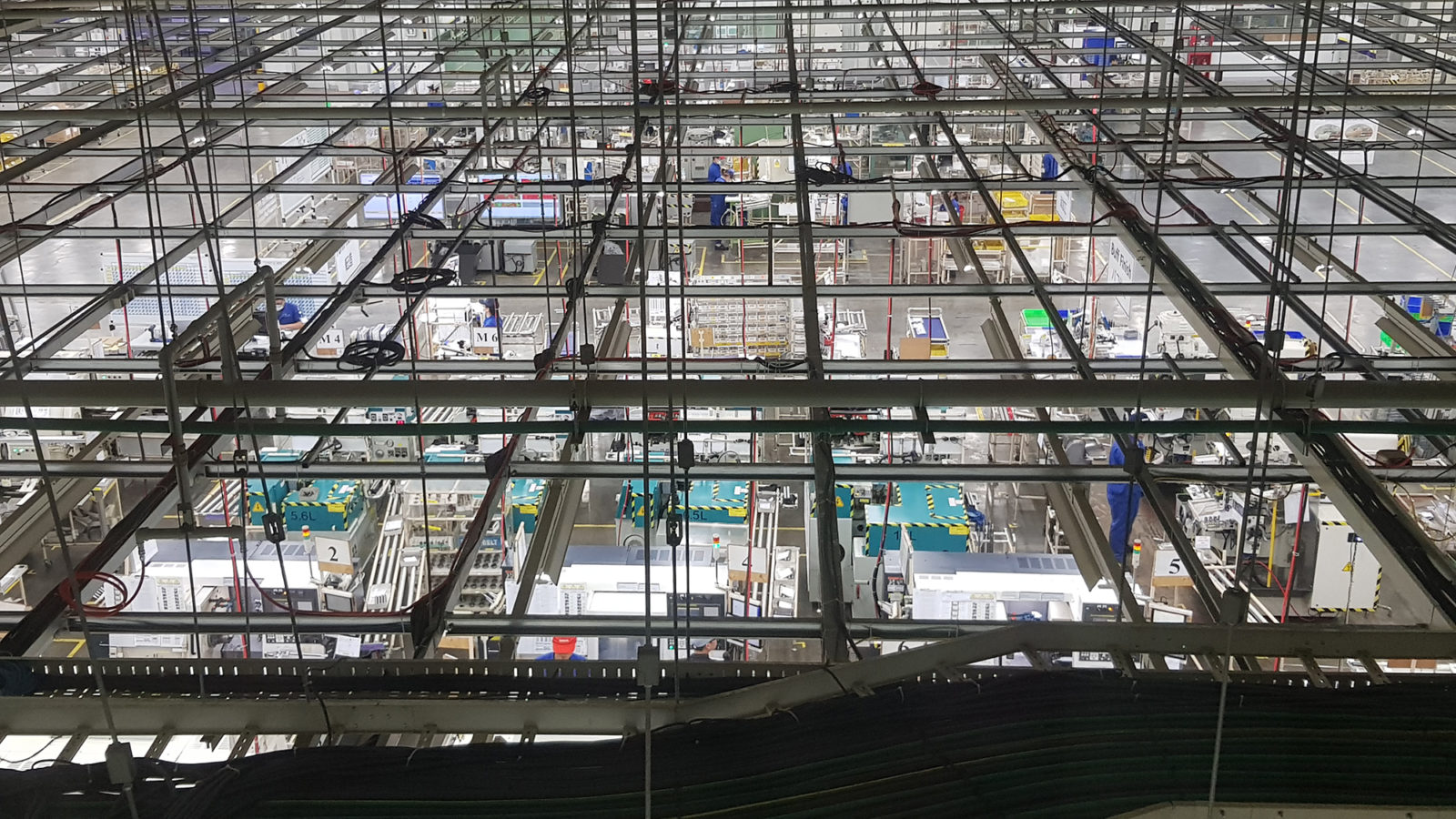 Biên Hòa, 25km from Ho Chi Minh City in Dong Nai province, is one of the key industrial centres of Vietnam, a multitude of industrial development zones, factories and warehouses dominating the local economy. Yet the nearby province of Bình Duong has become the epicentre of investment in the country, attracting 3,444 new foreign businesses from 64 nations, with a registered capital of $331bn, employing 450,000 of a provincial population of 2.1 million. Little wonder Bình Duong’s economic growth rate was at 14.5% in 2011-15, and per capita income more than $5,100, 2.4 times the national average; or that Vietnam’s exports/GDP rate was 200%, second worldwide only to Singapore.

Vietnam’s reform process, known as “Doi Moi”, or renovation, started in 1986, first in the agriculture sector. Previously all tools of production — land, capital, working assets — were collectivised and owned by the state and peasants were paid in rice and other produce which “the state bought at a predatory price”, says the former deputy prime minister, Vy Khwan.

This was changed to allow farmers to keep their surplus at a market price. The flow of goods across internal borders was encouraged, and other goods to be marketed on the basis of supply and demand. Foreign trade was spurred by an end to the barter system between socialist states.

The results were staggering. With more secure property rights and market-based pricing (rice had been trading at one-tenth of the market price in 1988), households leapt at the opportunity to sell surpluses. The value of agricultural exports surged from $500-million in 1986 to $40-billion in 2018, an average annual growth rate of more than 15%. Today, Vietnam’s coffee producers have the highest yields in the world.

The Vietnamese Singapore Industrial Park (VSIP) is, as the name suggests, a joint venture with a Singapore consortium headed by that government’s Temasek fund, and is a stand-out facility in Bình Duong. Started in 1996, it now encompasses several parks in the area and farther afield, with $11-billion invested by 800 tenants, providing 200,000 jobs. With more than 6,000 container trucks leaving the VSIP facilities daily, Route One towards Ho Chi Minh City is a slow-moving mass of rattling, ducking and diving trailers and trucks. 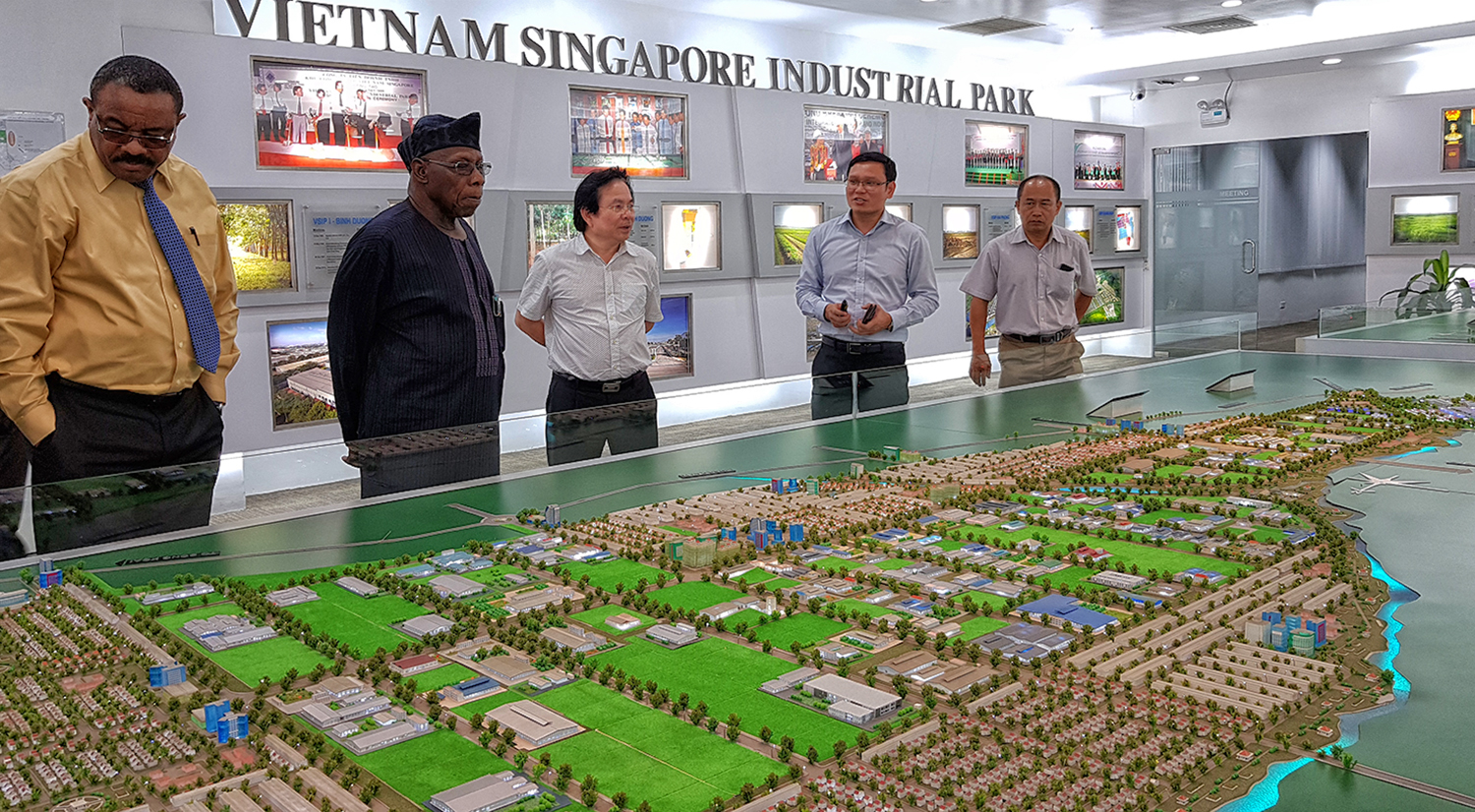 It was not always this way. In the 1960s and 1970s, Route One was a focus of National Liberation Front attacks against American convoys. The area around Biên Hòa suffered especially badly during and after the war, with the settlement of large numbers of refugees worsening an already severe humanitarian situation.

Biên Hòa was also the site of the main US airbase. By the early 1960s, it had become a joint facility for the US Air Force and the Republic of Vietnam Air Force, one of the last bases to fall to the advancing North Vietnamese troops before the collapse of the Saigon government on 30 April 1975.

The costs of conflict were massive. Just off Route One is a South Vietnamese army cemetery, where some 18,000 people are buried, 10,000 in unmarked graves, part of some 250,000 South Vietnamese military deaths. Once neglected, more attention is being focused on the gravesite as the wounds of the war heal, the change in its name from Bình An Military Cemetery to the People’s Cemetery reflecting a change in spirit.

Similarly, the US government has committed more than $200-million to the decontamination of the land around the Biên Hòa airbase from the notorious Agent Orange. For a decade from 1961, US forces sprayed 80 million litres of the defoliant over 78,000 square kilometres of southern Vietnam in attempting to create a demilitarised zone and reduce the cover for their Vietnamese foe.

But the country has put the conflict behind it, despite the enormous loss of life, as many as 3.4 million, including two million civilians. There are now more than 320 industrial parks across the country. The first, Linh Trung, was created in 1993 within Ho Chi Minh City as a joint venture between the Vietnamese government and a Chinese state-owned company, one of 17 IDZs now in the city.

There are today 133 factories in the various phases of Linh Trung, with 75,000 employees. Annual exports total $2.9-billion, with $1.2-billion invested.

So why did they come to Vietnam?

“In 1993, this was a very poor place, more like a village than the city you see today,” says Linh Trung president Yang Kai Yong. Originally from Guangzhou, he admits that the main advantage of being in Vietnam is in the comparative costs of labour.

Labour costs in the major cities (Hanoi, Da Nang and HCMC) average $200 a month, and some $180 in Bình Dương, against $500 in China in comparable industries.

But it’s not all about the cost of labour.

“Vietnam made a decision to open up quite early on. Their policies have learned from the experience of other countries. It is also a stable society,” he observes, “since the first thing that an investor considers is security.”

Export industries pay no VAT and corporate income tax is at 20% (compared to 33% in China), and there is a 10% incentive for an initial 12 years. Electricity rates are 50% lower than China, though logistics efficiencies are about 20% less.

Most importantly, these factors together meant that investors “made money, which is why we stayed, and why we reinvested. Vietnam has been good for us, and its trade with China good for Vietnam.”

Given that other countries also offer low wages and incentives, something more was required. Hence the stress, still today, on making it easy to invest, with one-stop shops and a welcoming attitude the norm. And the parks did not wait for investors to knock on their doors. In 2018 alone, VSIP staged 30 seminars and promotions for potential investors around the world. They have a waiting list of nearly 70 investors wanting space in their parks in Bình Duong.

While many African countries are hung up on concerns about local procurement and value addition in such parks, often forestalling these initiatives before they even take off, the Vietnamese approach has been different. They saw the principal value in growth terms, both of employment and in the economy. For example, the average income to labour at VSIP has increased six-fold over the past 20 years. The industrial parks now employ more than three million Vietnamese, from just 86,000 in the late 1990s.

It’s a labour revolution, but not the one imagined by the country’s revolutionaries back in 1945.

There will be challenges, of course, as Vietnam’s labour costs inexorably rise and machines become cheaper and more efficient. Investment in manufacturing is notoriously disloyal. This can be offset by increasing local content (and thus adding more value domestically) or by improving productivity.

Yet even today, these parks are far from the caricature of cut and trim, sweatshop garment industries. To the contrary, most of the businesses are relatively hi-tech. In Linh Trung, for example, less than a third of the 133 factories are in garments or shoes. Misumi, the Japanese engineering firm, for instance, arrived 20 years ago and now employs 3,000 CNC (Computer Numerical Control) machine operators across three factories.

And neither are these businesses a story of the big, bad Western multinational. The vast majority, some 90%, is Asian. This explains the government’s concentration, too, on securing free trade agreements with ASEAN, Japan, Korea and China along with the United States and European Union. Vietnam, government officials proudly recount, joined the World Trade Organisation in 2007. They cannot get enough of globalisation in the form of capital, trade, and technology.

Despite the bitter history, Vietnam realises it needs foreigners. They not only bring money, but technology, skills and markets. This can be seen in the gulf of efficiency between foreign and local businesses. Today foreigners provide 20% of total capital, but account for half of GDP and 75% of exports.

More gains can immediately be made through privatisation of the about 700 SOEs which remain under state control. Some 11,000 have been “corporatised”, either through amalgamation or privatisation, since Doi Moi began in 1986. The Vietnamese also realise that they need to increase the efficiency of domestic businesses, and that likely goes hand in hand with a more pluralistic political environment.

The IDZs have been a triumph in Vietnam because the government has been responsive to the needs of investors and Vietnamese workers alike. The workers, too, have reciprocated with enthusiastic alacrity. There are no magic ingredients to this success, being founded less on innovation than blood, sweat and policy. As one investor put it:

“The economy is the economy. You invest because of the conditions, not because of how you might like them to be.”

The pertinence of Vietnam’s reforms to others is in demonstrating that a development trajectory is by no means the inevitable result of forces outside national control. To the contrary, they are very much within the power of political leadership. They simply have to possess the courage to make the necessary changes and in so doing, in Vietnam’s case, alter the fortunes of generations. DM

Mills and Van der Merwe have been in Vietnam for the Brenthurst Foundation.