No mechanism exists to uproot institutional racism at U...

No mechanism exists to uproot institutional racism at UCT 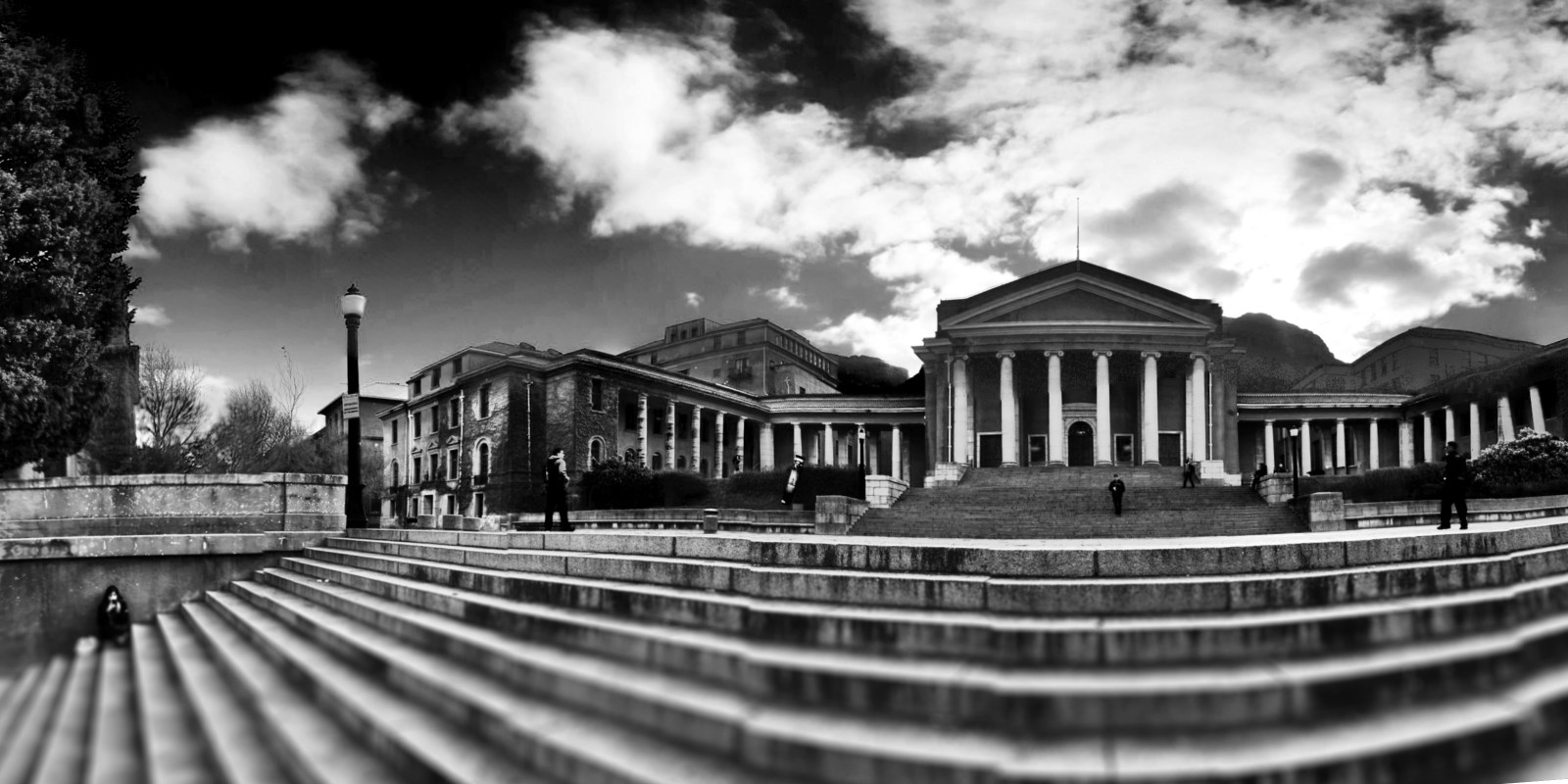 Despite an official UCT commission being established to probe racism and transformation at the university, it is clear the institution lacks the will to change fundamentally, writes Sarah Henkeman.

The University of Cape Town is primed to be the local and international example of a potentially successful trans-historical restorative justice process if its leaders have the courage to take up key findings and recommendations in its Institutional Reconciliation and Transformation Commission’s (IRTC) report.

This is a university with what can only be described as a death-wielding culture, where micro brutalities against black people are normalised and have led to multiple suicides among students, and at least one senior staff member. What remains hidden from public view is the emotional, psychological, somatic, economic and social toll that institutional racism exacts on the black body.

Yet the institution does not have a mechanism that is able to deal comprehensively with recurring manifestations of institutional racism, and the multiple ways in which individual perpetrators keep this invisible system intact. These perpetrators know exactly how to manipulate existing mechanisms to escape censure, seemingly due to contextual/conceptual gaps in policy, practice and training. This is a direct result of the exclusion of definitions and theorisation about racism by oppressed people, which ensures that interventions will always fall short of eradicating institutional racism.

These gaps, discernible by the effects of circumscribed job descriptions for individuals, and limited mandates for conflict resolution mechanisms, suggest that policymakers do not have the conceptual tools necessary to cement the cracks that would ensure trans-historical restorative justice. Alternatively, there is no incentive for them to do so, as institutional denial appears to be more comfortable, despite PR spin to the contrary. The result is: dissenting voices are either silenced, and/or manoeuvred out of the system, as reflected in these extracts from the IRTC report: “…there is no official place for communication to be received and acted upon. Another way of defining this mechanism is denial. It is not that individuals do not know they are practising discrimination. The problem at UCT is that the institution’s mechanisms for hearing and acting upon communication are weak or non-existent”. (IRTC Report 2019:45)

This statement immediately follows on and refers to an extract from a submission to the IRTC which ends with the assertion that “systemic failure to take recurring patterns of racial discrimination into account serves an instrumental purpose – to frustrate those who want concrete social justice until they disappear”. [1]

These excerpts indicate a direct link to institutional racism, the lack of a mechanism to deal with it in a comprehensive manner, and the wilful marginalisation and exclusion of black people, yet the language of the report is very gentle: “communication”, and “discrimination”. It clearly pained the commissioners to pen these words: “We have, reluctantly, concluded that racism does exist at UCT, that it is beyond attitudes and beliefs but aided and abetted by poor management systems which administratively manage to discriminate on a racial basis.”

Throughout the report, the university comes under severe criticism for failing to uphold its constitutional obligations. More specifically, the report states that the “failure of the university management to demonstrate awareness of its responsibilities as a corporate citizen of this country – the more so as a public institution supported by taxes – is indeed a shortcoming for which it should acknowledge culpability”.

Culpability extends to paid staff in charge of conflict resolution mechanisms who claim that they are bound by confidentiality and therefore cannot act to correct harms that occur as a result of perpetrators not upholding the outcomes of a conflict resolution process. The lack of discretion, and of upholding basic tenets of the Constitution which trump arbitrary rules of engagement, is staggering. Blanket confidentiality then, for all its purported positive intentions, becomes a silencing mechanism that works against the oppressed as there is “no place” for stories about institutional racism in its complexity, “to land”[2], let alone be understood.

As a decades-long insider/outsider to the university due to several linked manifestations of institutional racism that go unpunished, I felt compelled to contribute to alumni efforts to achieve trans-historical restorative justice at UCT. My own attempts at achieving personal justice provided research insights into exactly how entrenched institutional racism is at UCT, to the extent that the current VC admitted as recently as 10 May 2019: “we acknowledge as an institution that the only avenues allowing for the ventilation of your matters are external to the university”. The hard-learned points I made with regard to pervasive gaps in the functioning of various mechanisms, and how my perpetrator manipulated the system to silence me, were completely lost.


UCT does not have a plan, let alone a draft plan following release of the IRTC report, to close the chasms left by “weak or non-existent” mechanisms. Perpetrators remain free to wield unlimited power with impunity, and complainants are left with the duty to deploy non-violent strategies, techniques and tactics to claim the Constitutional Right to Dignity.

Unless UCT leadership, policy makers and policy implementers dig deep for the courage to slay the beast of uninterrupted racism, the writing is on the wall: “Black Woman and Black Man, you are on your own. Your institution does not know how to outmanoeuvre perpetrators who keep institutional racism intact. Find some cash to sue the institution while perpetrators continue to thrive.”

Will UCT leadership take up the trans-historical challenge ushered in by protesting students during 2015, and interpret IRTC findings and recommendations to change its killer culture which foments institutional racism and micro brutalities with immediate effect? Only time and the growing pile of broken bodies and spirits will tell.

A historical moment like this does not come by frequently. DM

[1] Full disclosure – This is an extract from the author’s own submission to the IRTC during June 2018, and is based on personal experience (knowledge production from the standpoint of the oppressed) of recurring manifestations of institutional racism, systemic failure, micro-brutalities and denial that constitute its violent culture.

[2] This was expressed by a senior HR person on whose desk complaints about different manifestations of institutional racism and systemic failure landed.

Dr Sarah Henkeman conducted her PhD research on Restorative Justice as a tool for Peacebuilding explicitly from the standpoint of the oppressed, at UKZN more than a decade after a potential supervisor at UCT tried to discourage her from pursuing “third world” research. In 2016 during a mediation process at UCT, a party to the decision told her that her research was “premature” and later adapted this to mean “ahead of its time”. This article is based on subsequent manifestations of institutional racism by the same person, and systemic failure by UCT to curb it. Henkeman is the author/editor of Disrupting Denial: Analysing Narratives of Invisible/Visible Violence & Trauma in which she analyses her experience at UCT.