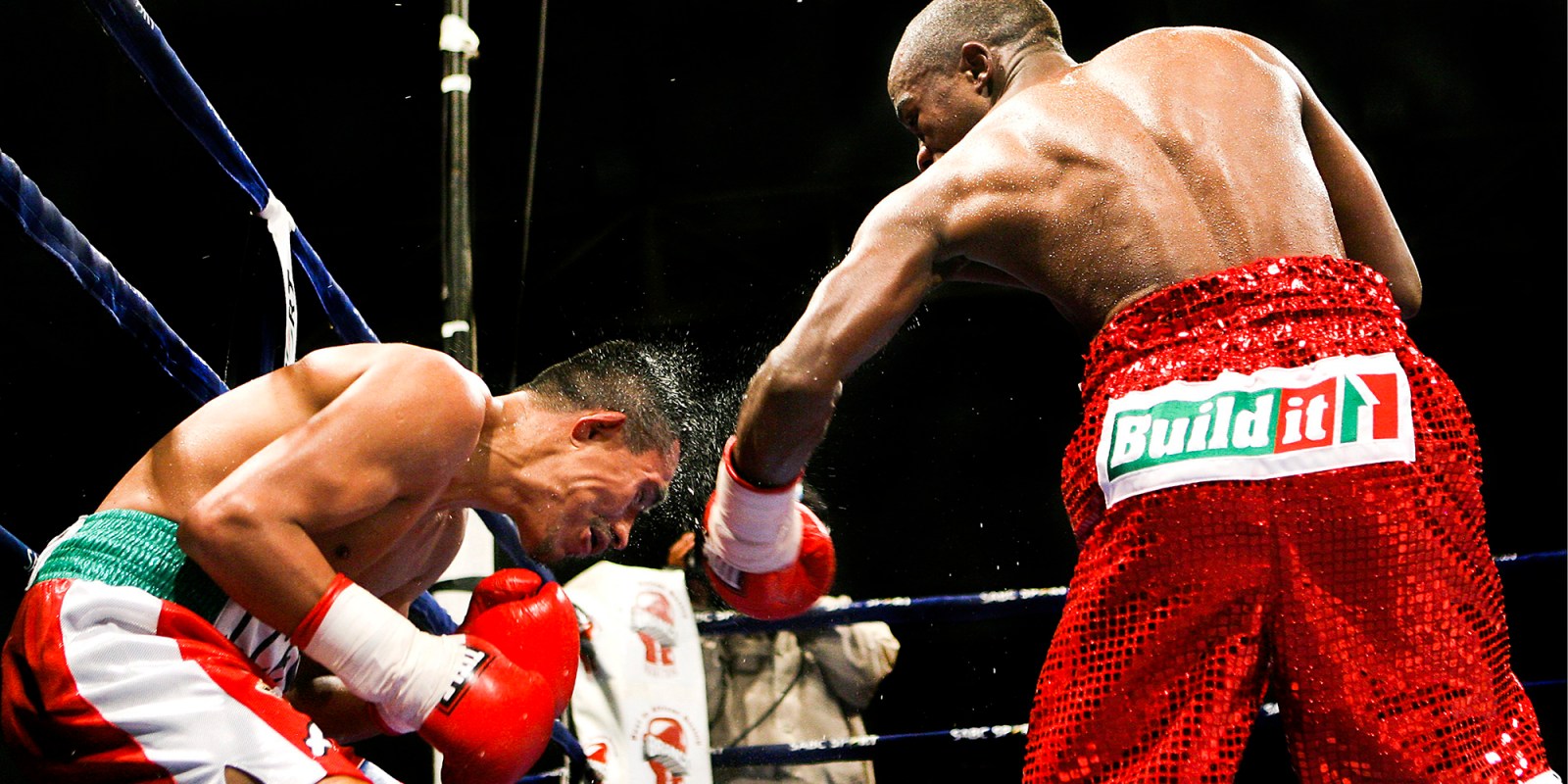 In an action-packed fight, Moruti Mthalane outclassed Japanese challenger Masayuki Kuroda to retain his IBF flyweight world title for the second time. Mthalane, who hasn’t lost a fight in over 10 years, could now be primed for the biggest fights of his career.

Masayuki Kuroda’s face told the story better than any writer could.

The challenger survived 12 rounds with Moruti Mthalane, the International Boxing Federation flyweight world champion. While Kuroda (30-8-3, 16 KOs) was brave and fought valiantly, in the end, it was the South African who simply had too much firepower and skill for the younger challenger and retained his title by scores of 116-112, 116-112 and 117-111.

“There were times I thought he was gonna quit, especially in the later rounds,” Mthalane told Daily Maverick. “Because he was injured on his face and he was bleeding. But he was strong, I’m sure he didn’t wanna disappoint his fans.”

Mthalane (38-2, 25 KOs) retained his world title for the second time in an exciting fight in Tokyo. Kuroda started off very quickly and landed some hard shots on Mthalane. As the fight went on, though, the champion proved why, at 36, he’s still one of the best flyweights in the world.

He turned up his work rate in the middle rounds and started to overwhelm the challenger with his combinations. He opened up a cut over Kuroda’s left eye in the 5th round and continued to pound away at it. By the late rounds, Kuroda’s face was spewing blood all over himself and Mthalane.

Kuroda continued to come forward and throw big punches, and the two fighters spent lots of the middle rounds trading with each other. Mthalane’s movement and jab started to separate him, but it wasn’t until the championship rounds that he truly showed the heart of a champion and erased all doubt in the outcome.

In the 11th, Mthalane came out firing and landed combination after combination to Kuroda’s head. The challenger tried to fire back but was swinging at air and Mthalane pounded him for most of the round. Kuroda refused to quit and kept fighting until the final bell, but Mthalane won the final two rounds on all three scorecards to secure the victory.

“I think many people enjoyed that fight,” Mthalane said. “It was a war from the first round to the 12th. Kuroda came well-prepared for the fight but I’m very happy because at the end of the night I’m the one who won the fight.”

After the fight, Mthalane followed through on his pre-fight promise to call out World Boxing Council flyweight champion Charlie Edwards. It didn’t take long for Edwards to respond on Twitter:

“Well done my friend, two belts on the line and I will make you eat those words! Timing is everything this is my era and I am going to take the IBF world title off of you!”

The Edwards fight would no doubt be one of the biggest in the 112-pound division, pitting two world champions against each other. There are very few unified champions in boxing, and the opportunity would be huge for both guys, especially in a division that doesn’t get nearly as much attention as bigger weight classes.

Mthalane said he’d again be willing to travel into hostile territory to face Edwards, who headlined a card in England in his last title defence. Both fighters are also with the management company MTK Global.

As for how the fight would go, Mthalane had an early prediction:

“It will be a good fight, but I’m the one that’s gonna win if it happens,” he said. “I’m gonna beat him for sure.” DM