A gift is a gift, says Glencore on $1.4bn DRC debt write-off — but US Dept of Justice is watching the mining giant 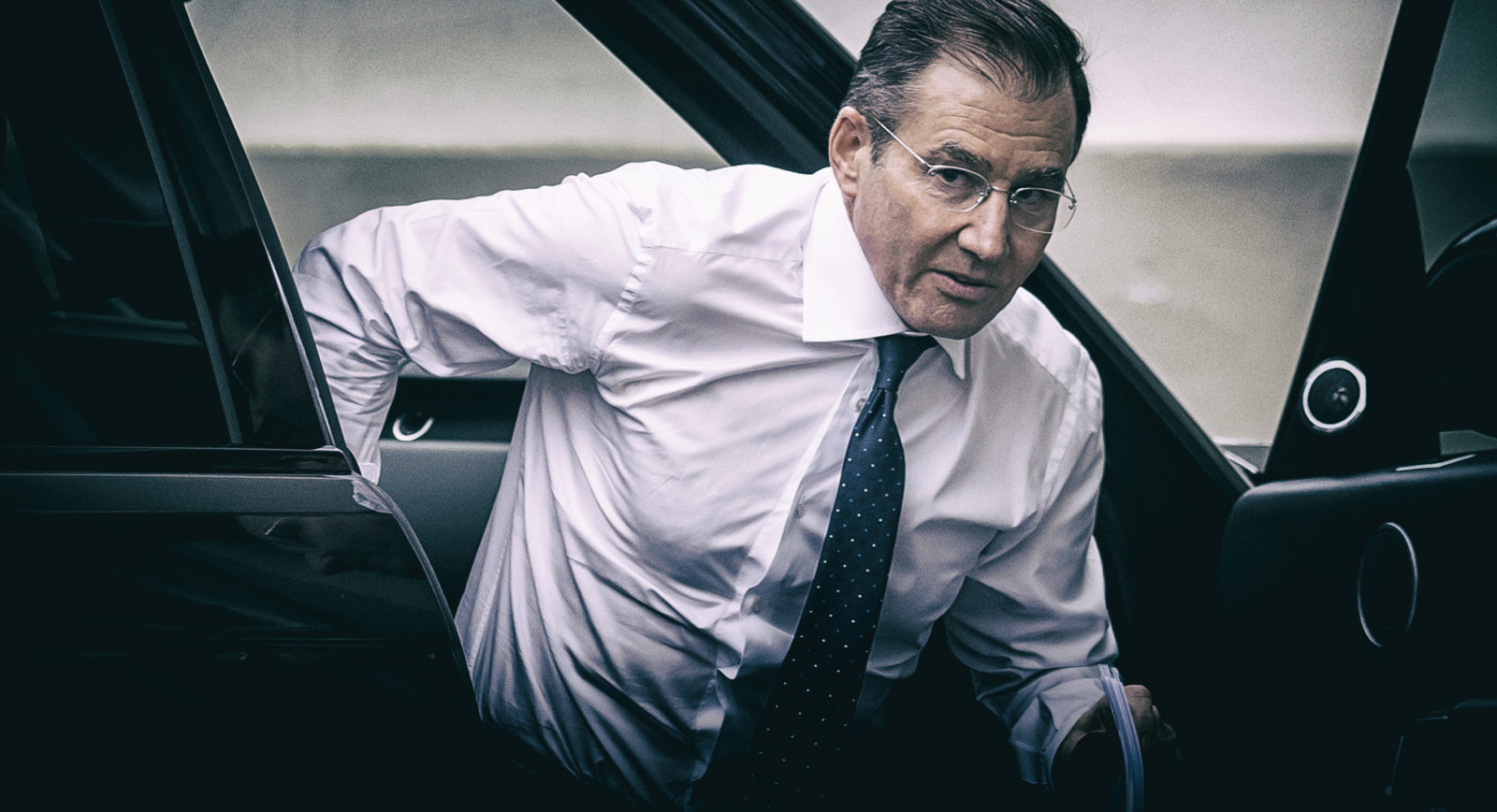 Ivan Glasenberg, CEO Glencore, arrives for the Glencore Annual Meeting in Zug, Switzerland, 02 May 2018, on the occasion of the Glencore annual meeting. Glencore is an Anglo?Swiss multinational commodity trading and mining company with it's headquarteres based in Switzerland. EPA-EFE/ALEXANDRA WEY

How thin is the line between a gift and bribe? Glencore CEO Ivan Glasenberg describes a $1.4bn debt write-off as a ‘gift’ to the Congolese government. It’s the cost of doing business in a ‘poor’ country where governments are desperate for cash, he says.

In 2018 the government of the Democratic Republic of the Congo (DRC) held Glencore, a global commodities and mining giant, over a barrel.

Katanga is majority owned and controlled by Glencore. The reason for the proposed dissolution of the company was the considerable amount of debt that KCC held on its balance sheet, which was required to be recapitalised under DRC law.

However, by June 2018 an agreement was reached with Gécamines to regularise the capital deficiency by converting $5.6-billion of existing inter-company debt, owed by KCC to Katanga, into equity. To ensure Gécamines’ 25% interest was not diluted, which was contractually required, $1.4-billion (25%) of the total debt converted to equity was effectively “gifted” by Katanga to Gécamines.

When Glencore CEO Ivan Glasenberg was quizzed about the meaning of gift by shareholder Theo Botha at the company’s AGM, held in Switzerland last week, he replied bluntly:

“What don’t you understand about it? That is exactly what it means. Gifted.”

In addition, Glencore wrote off an additional $248-million related to various commercial disputes and expenses incurred by Gécamines.

“Yes, this was also ‘gifted’,” said Glasenberg in response to a question from Botha. “It’s very sad, but this is what happens in these poor countries.”

While there are two partners, the capital and upfront development cost is provided by the mining company and funded through debt, he explained. When the mine starts to produce and generate cash, this is meant to be used to pay off the loans.

“This was not acceptable as Gécamines wanted dividends sooner rather than later — even though they receive taxes and royalties, and you know they even changed the royalty structure, they wanted a structure where the debt was reduced. So we gave a ‘gift’ by reducing the debt without reducing their holding.”

Shareholders, it would appear, accept this as an inevitable consequence of investing in countries such as the DRC, where governance is not a principle to be upheld. A cursory glance at the results of voting at the AGM, would suggest that the company’s shareholders and directors are in near-complete harmony. Every resolution was supported by more than 93% of shareholders, with the average closer to 96%.

Shareholders also don’t seem to be too perturbed by the fact that the company, which has a primary listing on the London Stock Exchange and a secondary listing on the JSE, is facing a barrage of corruption investigations.

In July 2018 the US Department of Justice announced it was examining Glencore’s compliance with US laws on foreign corruption and money laundering. And in April 2019 the US Commodity Futures Trading Commission announced it was investigating whether Glencore and its subsidiaries may have violated certain provisions of the Commodity Exchange Act through corrupt practices in connection with commodities.

In December 2018, Glencore-controlled mining company Katanga Mining, which is listed on the Toronto Stock Exchange, agreed to pay C$28.5-million to settle allegations by Canadian regulators that it had misstated its financial position and results of operations, failed to maintain adequate disclosure controls and procedures and failed to comply with disclosure requirements, including that it had not disclosed its business dealings with an individual previously implicated under the Foreign Corrupt Practices Act of corrupt acts and bribery in the DRC.

In addition to the financial penalty, the four Katanga directors, all nominated by Glencore, are forbidden from being directors of any company listed on the Toronto Stock Exchange for periods of two to six years. “Directors and officers set the ‘tone from the top’ and are responsible for establishing and enforcing a culture of compliance,” the settlement agreement noted.

Botha gamely attempted to get further detail on how this could have happened on Glencore’s watch.

“I cannot begin to speculate why they (the directors of Katanga) acted as they did. You will have to ask them,” responded chairman Tony Hayward. “I cannot analyse their real motivation,” added Glasenberg. “We were not aware that this was happening and the amounts were not significant to the group.”

Hayward said that the company has since taken action to ensure that what happened “in the copper division”, was an isolated incident that would not be repeated.

Aside from the punitive damages, which arguably do not amount to much, the share price has fallen 18% since July 2018 and was trading at R51.26 on Monday afternoon. In comparison mining peers BHP and Anglo American have seen their share prices rebound in the same period, BHP by 57% and Anglo by 94%.

Yet shareholders at the AGM did not question the poor performance of the share price, did not ask about the corruption investigations, showed scant concern about high levels of fatalities and kept environmental questions to a minimum.

This is possibly because the company is performing well.

“… 2018 was a record year for Glencore on an Ebitda basis (earnings before tax, depreciation, interest and amortisation), with earnings up 8% to $15.8-billion,” says Glasenberg.

“Net income rose 5% to $5.8-billion. And because of the cash we generate, we were able to make compelling returns to shareholders. This year (2019) we returned $5.2-billion to shareholders in dividends and share buybacks.”

The company plans to continue in this tradition and expects to return between $4.8 billion and $5.8 billion to shareholders in 2019.

This has not gone unnoticed by the market.

“Glencore is trading on very attractive valuation metrics with a dividend yield of around 8% and a 10x PE multiple,” says Abdul Davids, portfolio manager at Kagiso Asset Management. “The company has used the period of elevated commodity prices to de-gear its balance sheet, and with capital discipline shareholders should reap the benefits of increased dividend payments.”

However, it appears that the corruption investigation is a concern.

“The major issues for us with Glencore relate to the US DOJ investigation connected to their operations in Africa and the magnitude of any fines the company has to pay. Any adverse finding might also require a change in Glencore’s marketing and trading business model that could impact on the future profitability of the marketing division,” says Davids.

Daniel Malan, the chief investment officer at Perspective Investment Management holds Glencore in high regard, but believes it makes a riskier than usual commodity industry investment.

“These recent issues are material and raise important questions, but there is no evidence at this stage to substantiate any claim that Glencore as a whole is corrupt. Glencore appears from the outside to be an aggressive firm in the same way that a company like Goldman Sachs is aggressive.

“This is not necessarily a bad thing, but it is probably fair to state that this type of culture drives employees just that little bit harder and further. Goldman Sachs eventually did recover from the issues it faced in the global financial crisis, but parts of Glencore are operating in countries where corporate governance is questionable and corruption is endemic.

“When you put that culture and these environments together, the odds of shenanigans happening are really high. That said, bear in mind that because a few employees were caught with their hands in a cookie jar doesn’t always mean a whole company is rotten.”

Botha, who has attended the past three AGMs, says:

“There are many questions that went unanswered at the AGM. Glasenberg is a hands-on CEO, yet the board was unable to explain adequately how the Katanga Mining misstatements happened. They cannot simply say they don’t know how this happened. I don’t believe Glasenberg is being open and honest and as a result there are red flags, and I believe investors have to be aware.”

Glencore, for its part, maintains that its activities are strictly above board and that it has taken steps to strengthen its corporate governance. In particular, the company maintains that the debt write off by Katanga Mining was not a bribe. “It was a debt write-down; no individual benefitted, it was transparent and above board and was signed off by our auditors,” a spokesman from the company said.