Will The Gambia be a turning point for AU peace efforts? 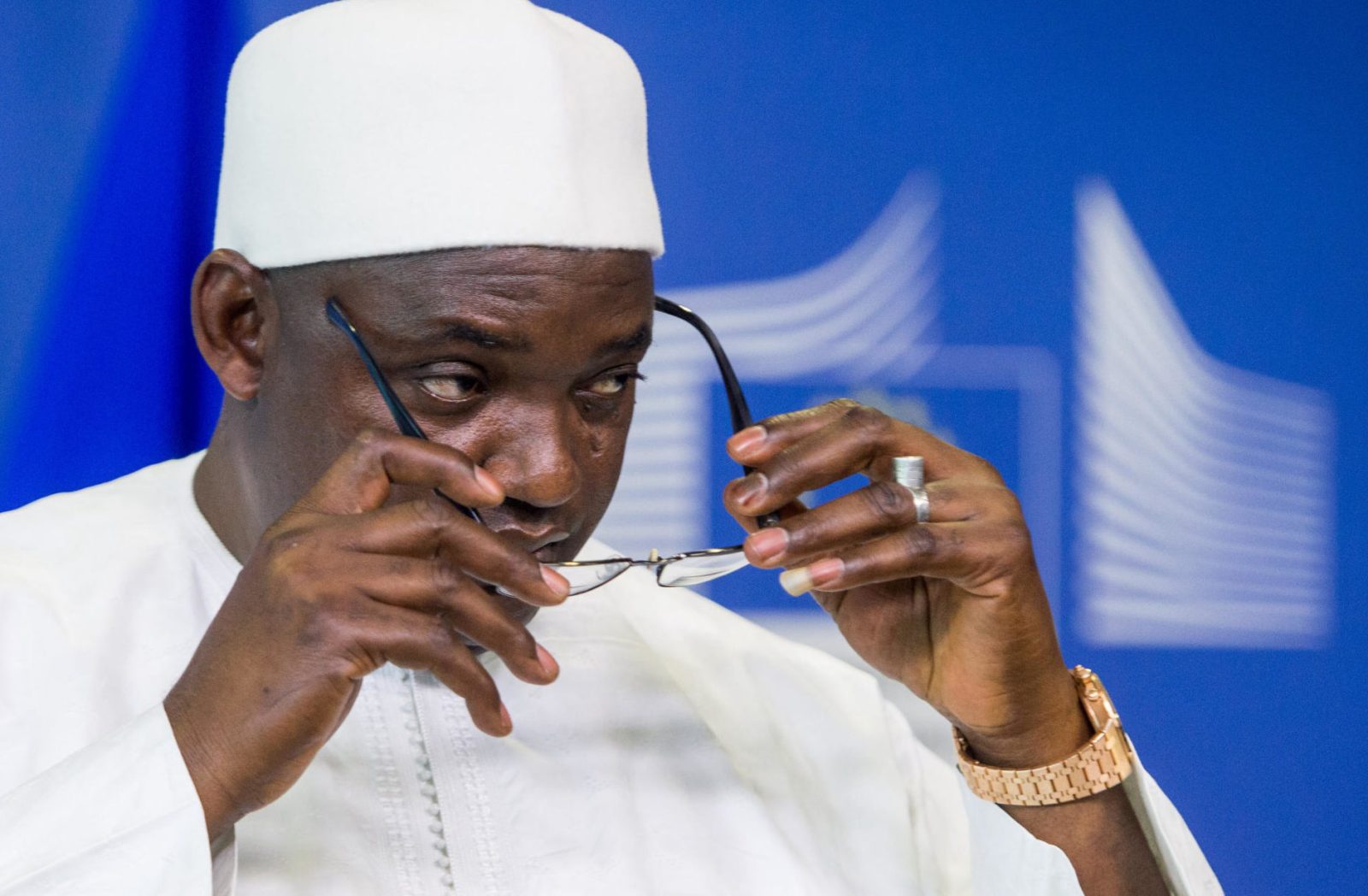 President of The Gambia, Adama Barrow and EU International Cooperation & Development Commissioner, Neven Mimica (not seen) give a joint press conference during the International Conference for The Gambia at the European Commission in Brussels, Belgium, 22 May 2018. EPA-EFE/STEPHANIE LECOCQ

After struggling to achieve results, the African Union is taking a different approach to post-conflict reconstruction in The Gambia. By Chido Mutangadura for ISS TODAY.

Despite having policy on post-conflict reconstruction and development since 2006, the African Union (AU) has long struggled to turn this into a practical and effective tool. Recent initiatives in The Gambia suggest that this may be changing.

The African Union Technical Support to The Gambia (AUTSTG) is a pragmatic initiative to support the country’s post-Yahya Jammeh democratic transition. Launched in 2018, the mission provides advice to The Gambia’s government on the rule of law, democracy, transitional justice and security sector transformation.

The technical support mission is a direct response by the AU to political turbulence in The Gambia in recent years. Former president Jammeh’s attempts to stay in power in 2016, refusing to accept Adama Barrow’s electoral victory, were met with regional and international condemnation, which spurred the Economic Community of the West African States (Ecowas) to act. Ecowas’ diplomatic pressure and subsequent deployment of troops forced Jammeh to concede defeat.

President Barrow has inherited a deeply wounded country and the road to democratic reform and national reconciliation will be difficult. With this in mind, efforts have been made to transform The Gambia’s political culture and international image and begin the steps to reconciliation.

The government adopted the National Development Plan in January 2018 to guide the transition. The plan ambitiously proclaims that its main objective is to “deliver good governance and accountability, social cohesion, and national reconciliation and a revitalised and transformed economy for the well-being of all Gambians”.

The National Assembly passed bills to establish the Truth, Reconciliation and Reparations Commission and the National Human Rights Commission, together with the Constitutional Review Commission. These institutions provide key entry points for the AUTSTG team. The team comprises 10 technical experts – three human rights experts, a rule of law expert, five military officers and a defence reform adviser. The experts are seconded from AU member states and work in various government departments.

Eight of the 10 experts have been deployed to the Gambia Armed Forces, National Security Agency, National Human Rights Commission and the Ministry of Interior. The recruitment process for the experts who will work with the Constitutional Review Commission and truth commission is yet to be finalised.

What is so innovative about the AU’s technical support mission? First, it was deployed in a unique context, as The Gambia is not a typical post-conflict country. It hasn’t faced armed civil conflict or insurgency. Jammeh’s 22 years in power were marked by large-scale human rights abuses – forced disappearances, extra-judicial killings and arbitrary detentions. Addressing the former regime’s legacy of human rights abuses through dialogue, reconciliation and transformation is a pressing concern for the Gambian government.

Second, it moves away from the traditional AU post-conflict reconstruction and development approach of establishing liaison offices in countries in or emerging from, conflict. In 2016 the AU had 16 such offices in countries such as Burundi, the Central African Republic and Côte d’Ivoire. These offices have been criticised for having little impact, especially as they lack the capacity to effectively coordinate the AU’s goals on the ground and link them to decisions made in Addis Ababa.

The AUTSTG takes a different approach by deploying a small technical support team rather than a bigger mission or office. Its focus is on the post-conflict environment of reconstruction and development and it aims to support and work directly with the Gambian government.

Its military experts have already participated in key security sector reform processes. The mission’s human rights expert is currently supporting the newly sworn-in members of the National Human Rights Commission, with for example public awareness programmes to promote a culture of human rights.

In December 2018 the AU held consultative talks in Banjul on the links between post-conflict reconstruction and development, rule of law, human rights, security sector reform and transitional justice. The discussions highlighted many of the AU’s challenges and opportunities throughout its support to The Gambia’s transition. They also showed that the AU’s ability to address issues emanating from political divisions, lack of capacity and funding constraints would be vital.

The success of stabilisation and democratic reform programmes in The Gambia will depend on the government’s political will. By placing experts within government institutions, the AUTSTG can help compensate for the lack of institutional capacity without undermining local ownership of the process. However, the mission experts’ success will depend on the government’s willingness and ability to incorporate them into its structures and act on their advice.

The AUTSTG must also establish a framework for coordination with international and regional actors, supported by monitoring and evaluation approaches to ensure accountability. It is still early days for the mission but if successful, AU efforts will benefit The Gambia and also provide lessons for stabilising other countries in Africa. DM