The economic cost of tax, our low savings rate and red...

The economic cost of tax, our low savings rate and red tape 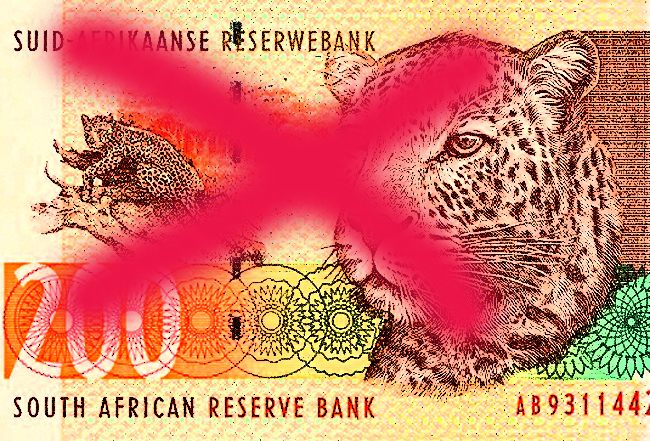 For years, policymakers have worried that our savings rate is too low. International comparisons often show that South Africa has one of the lowest savings rates in the world. These numbers generate widespread anxiety, and for good reason. Savings are the key to capital formation, and every economic theory — even Marxism — teaches that capital formation is necessary to raise wages and stimulate long-term economic growth. Why have our tax policies become opposed to it?

The implementation of aggressive taxation policies by the South African government has a clear goal: To redress inequality by taking from the haves and giving to the have-nots. However, according to the chief economist at the Efficient Group, Dawie Roodt, this tactic isn’t working.

“Despite all of the redistribution, inequality is not coming down, he says. “Redistribution doesn’t actually help poor people to improve their financial positions or enable participation in the economy.”

This means that while South Africans are being taxed more to help the poor, they aren’t being helped sufficiently and are increasingly excluded.

The South African tax system is also structured in such a way that it punishes investments and income generation. The more wealth you create, the more taxes you have to pay.

Incentives are also few and far between, are not being adjusted for inflation, and benefits are stingy at best.

In fact, policymakers have become pretty hostile towards capital creation by subjecting it to a range of taxes, intermediary costs and regulatory charges.

Let’s take a single trade on the JSE for example. In trading a “lot” of shares, you will be subject to brokerage: 0.5% flat rate; a minimum of R99 (plus VAT); a Strate settlement fee (0.005787% excluding VAT) based on the value of the share transaction. The minimum is R10.19 for trades with a value up to R176,000. The maximum is R73.49 for trades with a value of more than R1,27-million. Investors are then charged VAT of 15% on both these transactions. Next is a securities transfer tax (0.25% on purchases only) and an FSCA investor protection levy of 0.00002% on all trades. This goes towards insider and trading market manipulation investigations. In selling your shares any income earned or growth achieved will be subject to a dividend tax of 20% and either income tax or capital gains tax.

That is a hefty price tag if you are trading in smaller amounts, says Petri Redelinghuys, trader and Founder at Herenya Capital Advisors. “Let’s say an investor invests R5,000; 4% in fees is lost at the start and that same fee is going to bite when the investor sells out. For a round trip that is 8% minimum. The investor will need around 10% in returns to break even, only to become subject to 20% in dividend tax and/or capital gains tax.”

Hidden costs are adding further insult to injury, says Gavin Butchart, financial director at Brenthurst Wealth, considering that personal income tax brackets were not adjusted for bracket creep in 2019 or 2018.

“Every year, as your living expenses ticked up due to inflation, you would need to receive a raise equal to inflation to be in the same position as the previous year — on a pre-tax basis. So over the past two years, taxpayers are paying the same tax, but on a lower salary, effectively increasing your tax payment.

The medical tax credit, which is usually adjusted for inflation, was also left unchanged at R310 for the first two medical aid members.

“If, then, your expenses are growing at the same rate as inflation — or more — it will be a scenario of paying more for goods and services, with decreased salary, and it will become challenging to keep on saving this year at the rate that you’re used to.”

In essence, the government has taken a further bite into our disposable income. Add electricity and fuel price hikes, and it becomes increasingly difficult for employed South Africans to put away a little bit every month.

The South African savings rate has already hit rock-bottom, testing levels of zilch, zero and nada not seen in more than 30 years.

The Investec GIBS Savings Index hit an all-time low of 56.6, almost half of the 100 score that reflects a healthy and robust savings environment.

SA Reserve Bank stats also show that savings are in the dustbin. As a percentage of GDP, gross saving was at 14.0% in the final quarter of 2018 and averaged 14.4% for the year, the lowest annual number on record since the index began in 1990.

South African households, business — even government — are stuck in a low savings rut, says Adrian Saville, a professor in economics and competitive strategy at the Gordon Institute of Business Science (GIBS), in a press release. He is responsible for compiling the index and also the chief executive of Cannon Asset Managers.

He says a sluggish economy, unemployment rates and administrative costs are some of the factors to blame.

In the same press release, René Grobler, head of Investec Cash Investments, notes that the relative ease of access to credit and retirement funds when changing jobs has been a deterrent to saving, “with many South Africans ‘cashing in’ on their retirement savings and finding themselves in a predicament at retirement”.

“The myriad choices, the complexity of products and lack of transparency around the savings alternatives and fees also adds to the confusion of which product vehicle to choose, and research shows that most South Africans still use the most basic products such as bank accounts,” she says.

Revitalising a savings culture among the 1.9 million taxpayers who carry 80% of the income load will take more than a nudge. Roodt says the time has come for policymakers to clean up their act.

“Although the job is easy, the political will and discipline to go through with it might be in short supply.”

As it stands, and in virtually every way, South Africa has a gigantic and enormously inefficient tax system that is little more than a tapestry of measures designed to counter tax avoidance.

Roodt stays the simpler the system, the lower the tax burden and the higher the incentive for compliance. He believes that is the best cure for the chronically ill tax regime.

Former head honcho in tax legislation at the National Treasury and now CEO of the SA Institute of Tax Professionals Keith Engel says:

“History has shown that tax incentives directed at particular savings products mostly shifted to different locations as opposed to growing the savings pie.

“The key is growth,” he says. “People can’t save if they have little to live on.”

The government’s approach to savings also seems schizophrenic, he says. The Davis Tax Committee is a good example.

“One of the main recommendations of the committee was a wealth tax to be applied against future investments — a measure subsequently mooted.”

Yet, on the other hand, there are incentives to invest in tax-free savings plans, venture capital company regimes and productive pension plans, he says.

“The government approach seems to be a push for initial placement with a desire to tax heavily once those savings are realised,” says Engel.

“But we should not overemphasise the role that tax plays in the savings picture.

“Tax is only one lever. Savings is also dependent upon economic growth, which requires overall supportive government policies.

“Treasury has a history of hoping that good macro and microeconomic frameworks are a cure for all ills when most other departments have an anti-business agenda.

“Heavy regulation and command-control policies can kill investment outright to a far greater extent than good tax policy can save it,” Engel concludes. DM